flooding the central alameda park in mexico city, factor eficiencia and 5468796 architecture creates a wave of buckets as a symbol for the liberation of public spaces in the metropolis. the 100.0 m² temporary pavilion uses common painter’s buckets as its building blocks, connecting them together via an expansive grid of ropes. in the mexican captial these objects are typically used to claim a piece of street by ‘viene viene’ entrepreneurs, who operate outside the government’s oversight and aggressively charge drivers wishing to park. ‘one bucket at a time’ aims to empower citizens to reclaim ownership of their public areas through enjoyment. 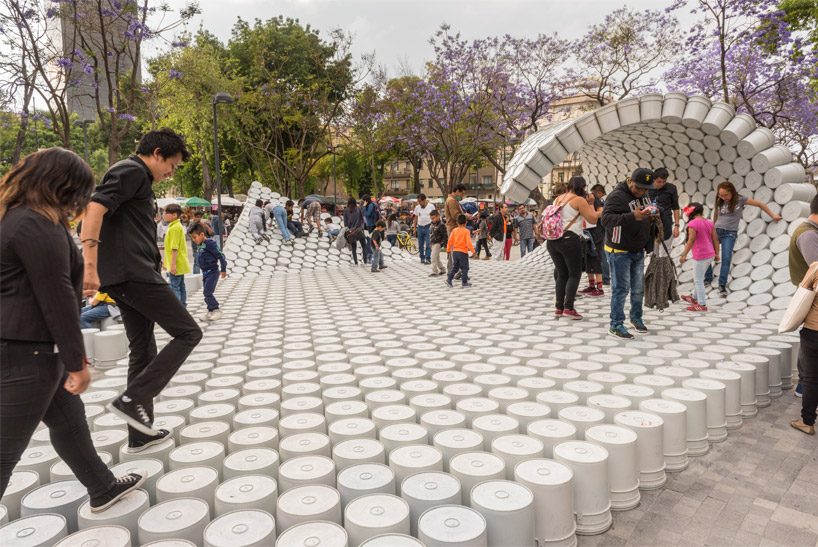 ‘one bucket at a time’ by factor eficiencia, 5468796 architecture and studio NYL structural engineers last for three days during the 2017 mextropoli architecture festival. the malleable surface of the wave encourages people to freely explore as they wish, be it sitting, running, playing, standing or lounging. ironically, painter’s buckets are used as the building blocks for this liberating pavilion, and with their intertwined structure, can be manipulated like a giant carpet to form many different shapes. 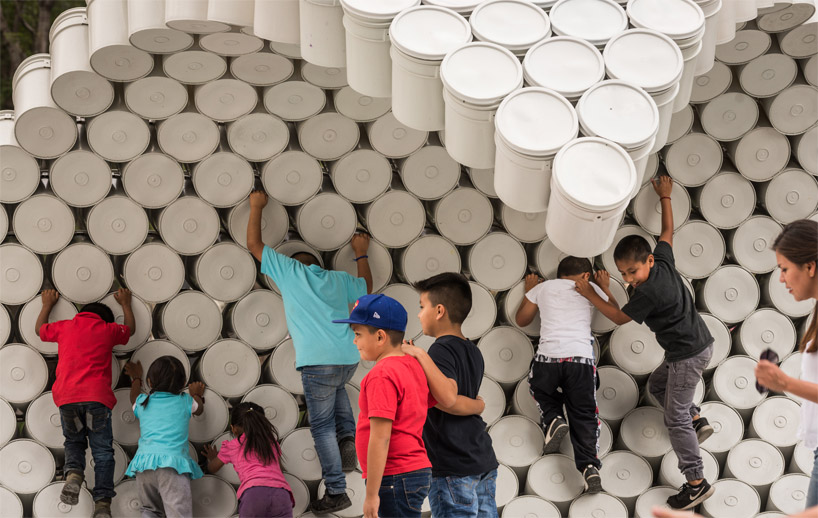 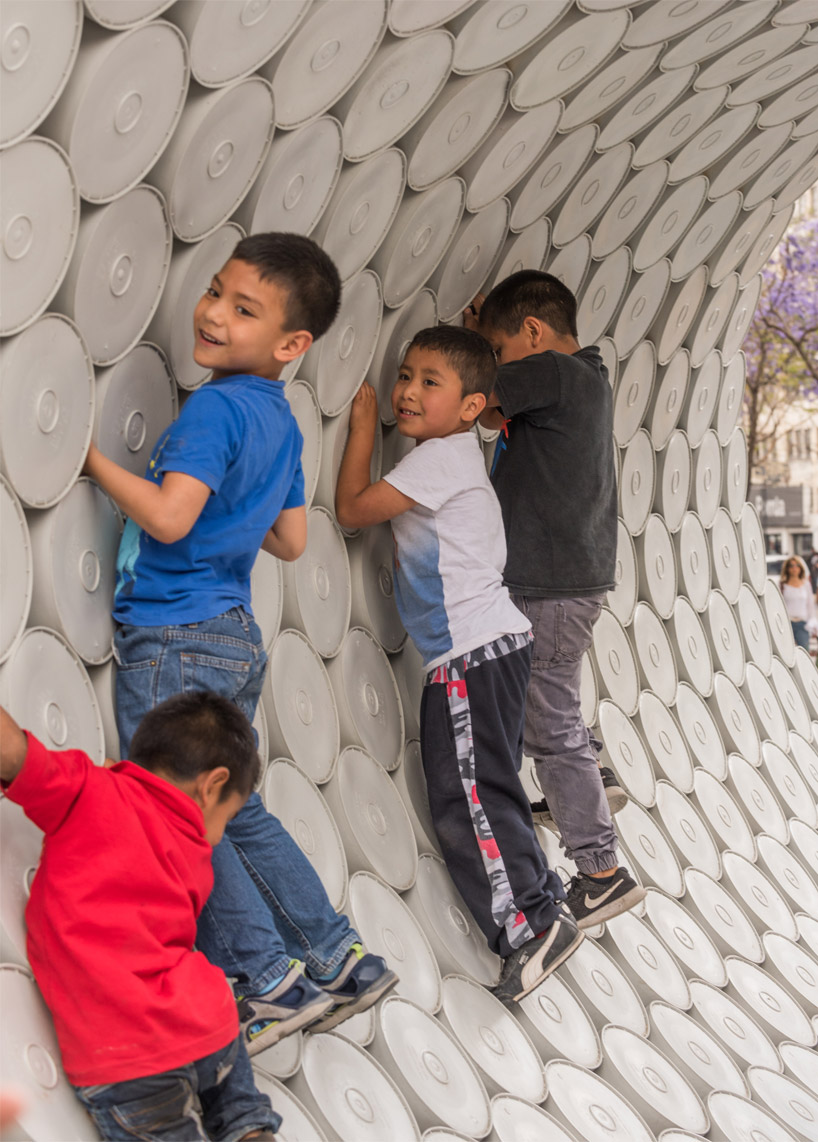 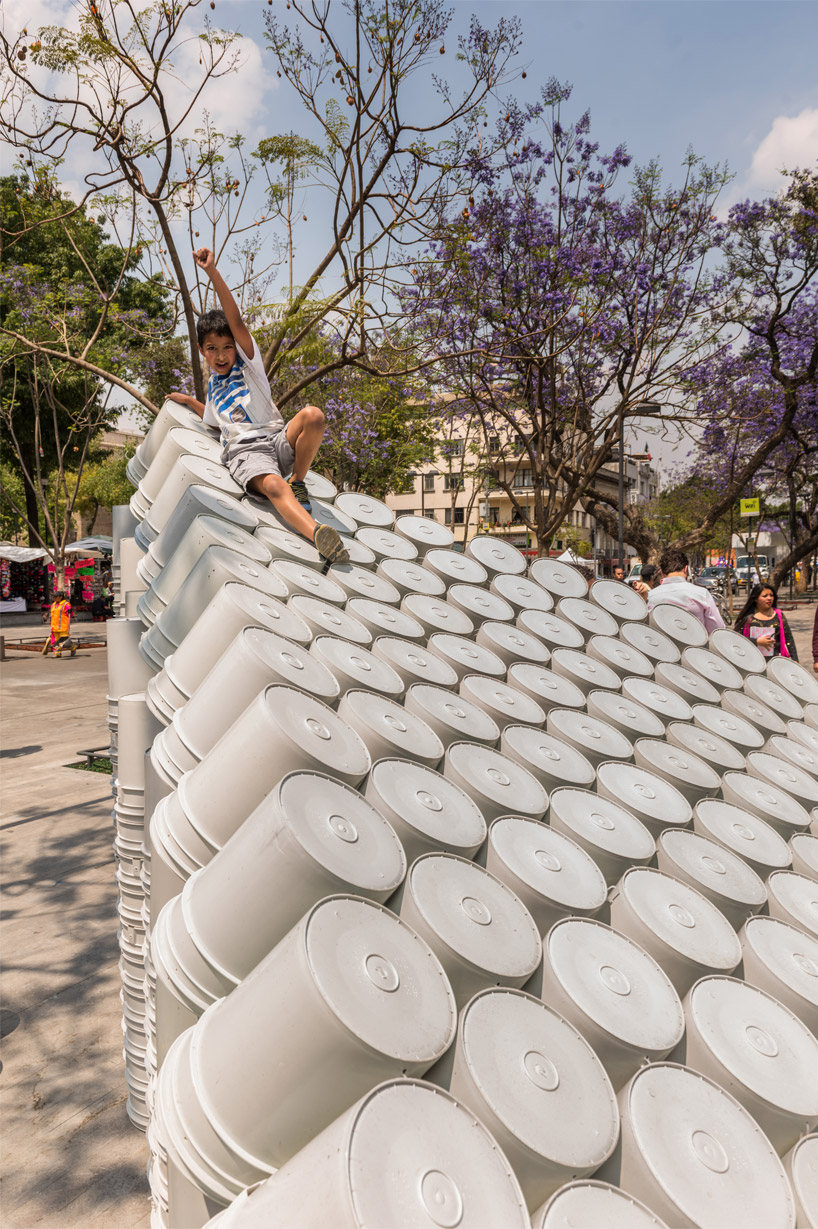 ‘one bucket at a time’ was created by factor eficiencia, 5468796 architecture and studio NYL structural engineers 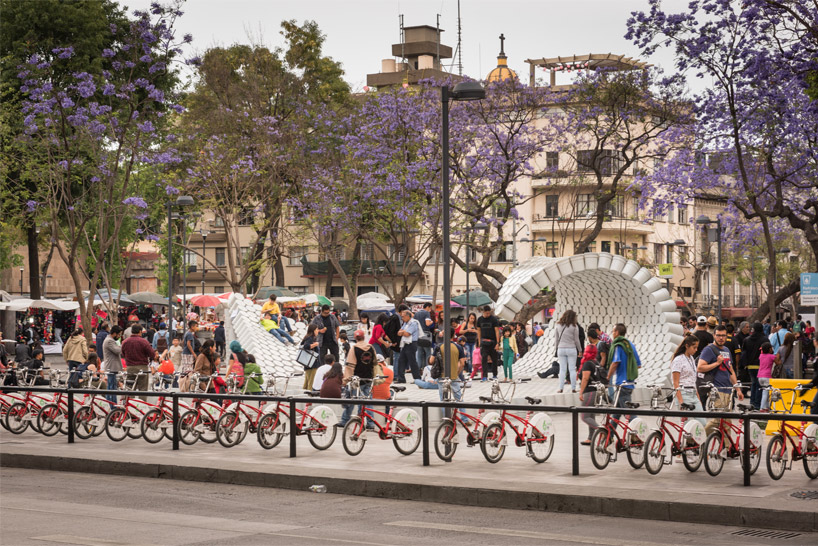 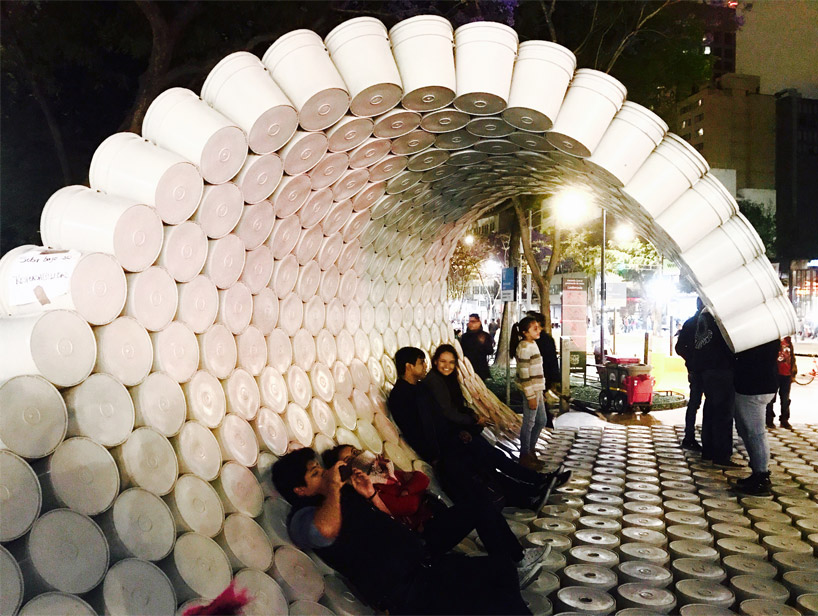 ‘one bucket at a time’ encourages the general public to sit, run, play, stand or lounge on the malleable surface 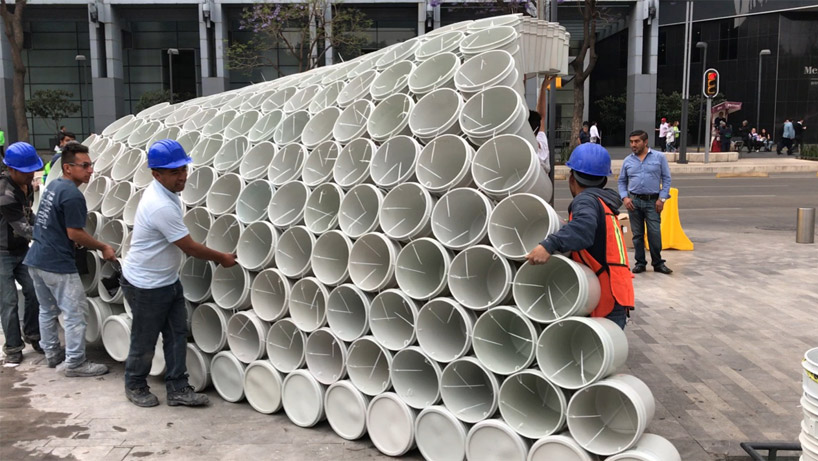 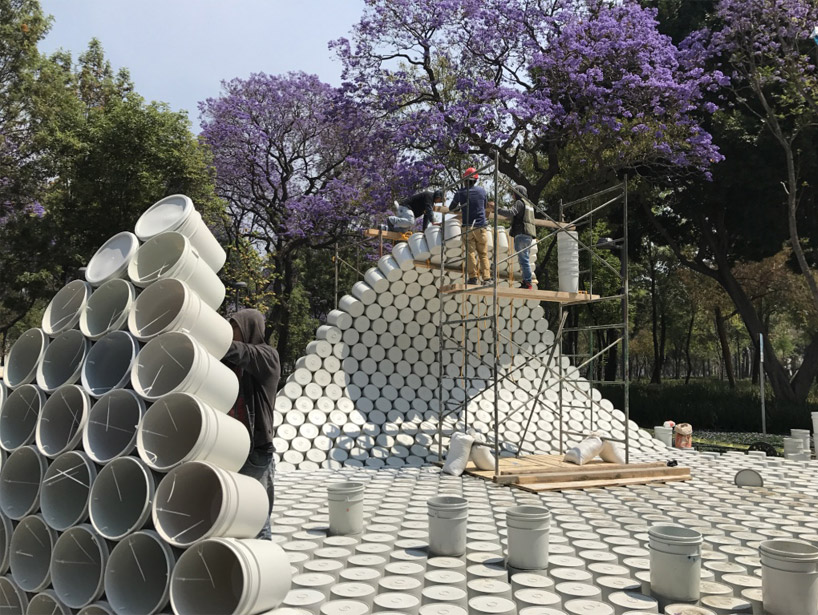 the construction of the temporary public pavilion in progress