zurich-based architect and programmer michael hansmeyer has sent us images of his latest exploration into computational architecture, ‘ornamented columns’. working with the CAAD group at ETH’s architecture department, hansmeyer has created a series of columns — both 3D and in actuality — that utilize algorithms and subdivision processes to generate a new column order that defines and elaborates its system of ornament. 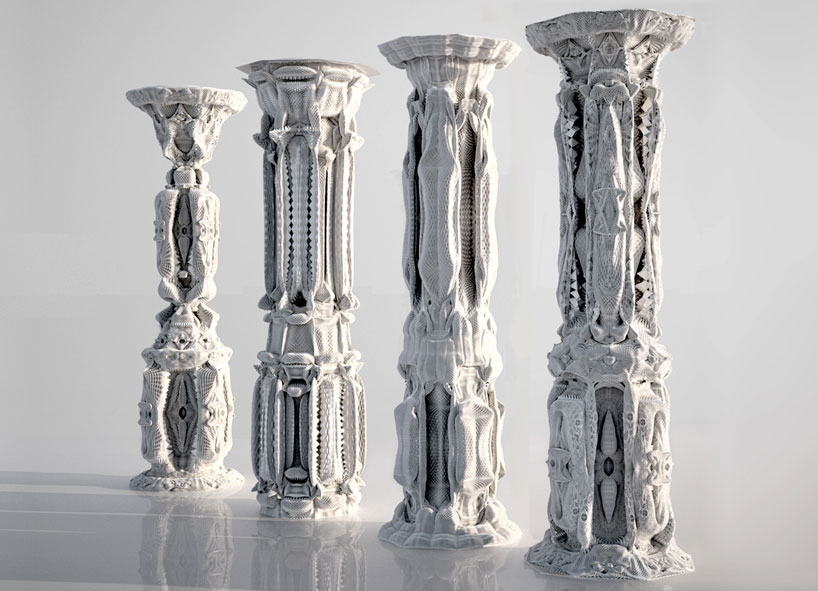 taking an abstracted doric column as a point of departure, individual components are identified through the subdivision process which works on a number of local parameter settings based on the input form’s topography as well as its topology. the result is a complex and idiosyncratic language that exhibit very specific local conditions and forms. 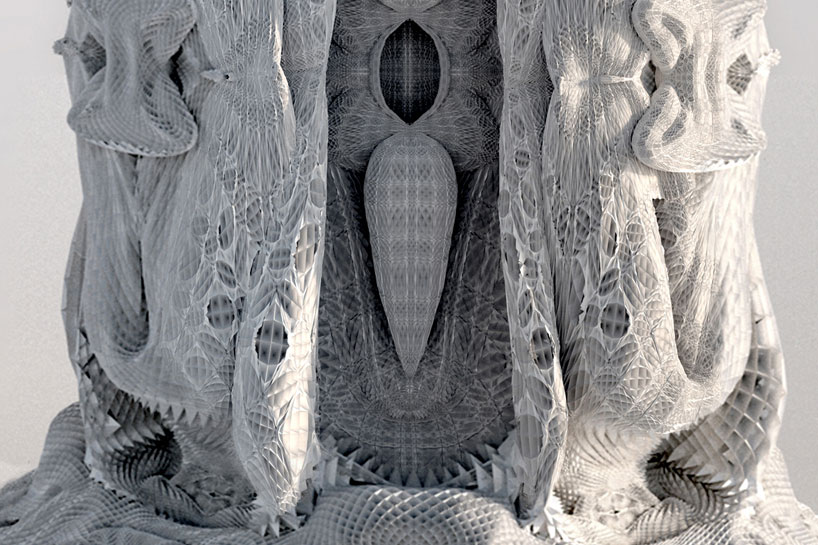 the 2.7-meter high fabrication is painstakingly constructed from 1mm layer grey board sheets which have been individually cut using a mill or laser then stacked together on poles that run through a common core. consisting of over six million faces, the circumference of some sheets measured along the cutting path can reach up to 8 meters. since the initial prototype, tests using ABS, wood and metal have been under way. 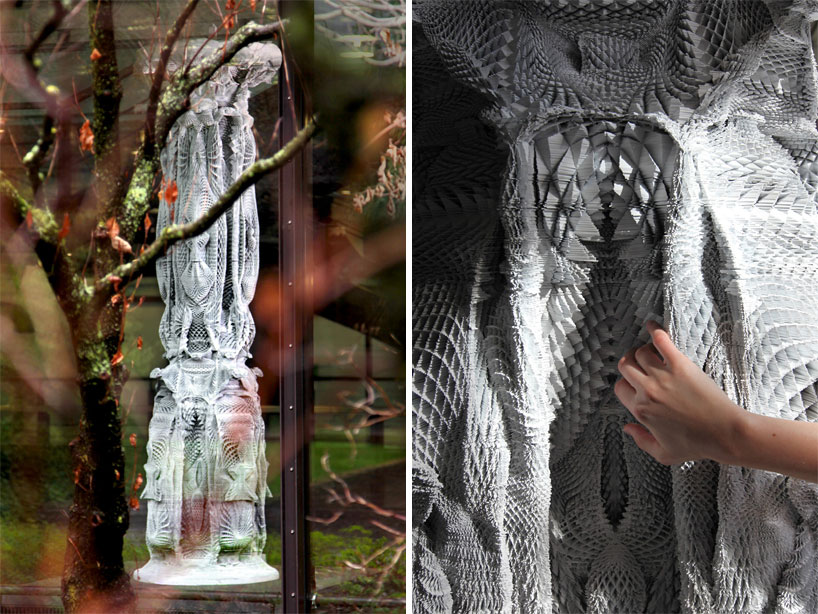 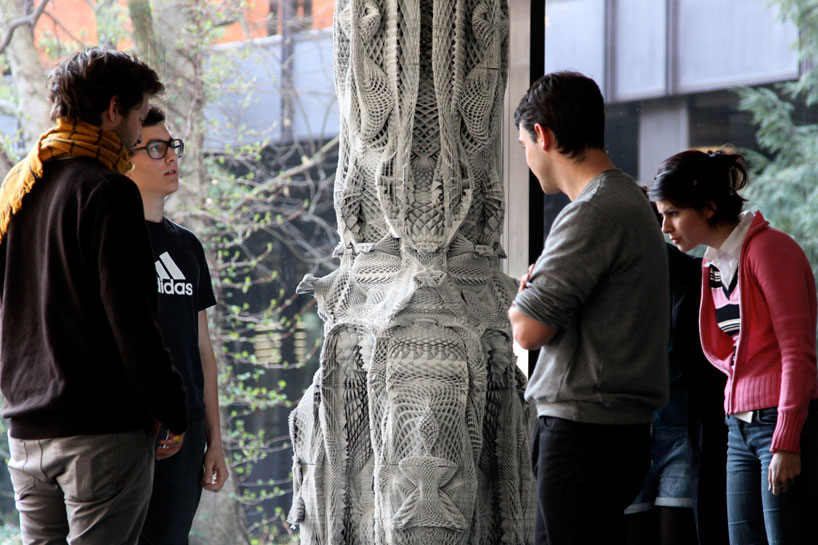 on exhibit at the swiss federal institute of technology in zurich 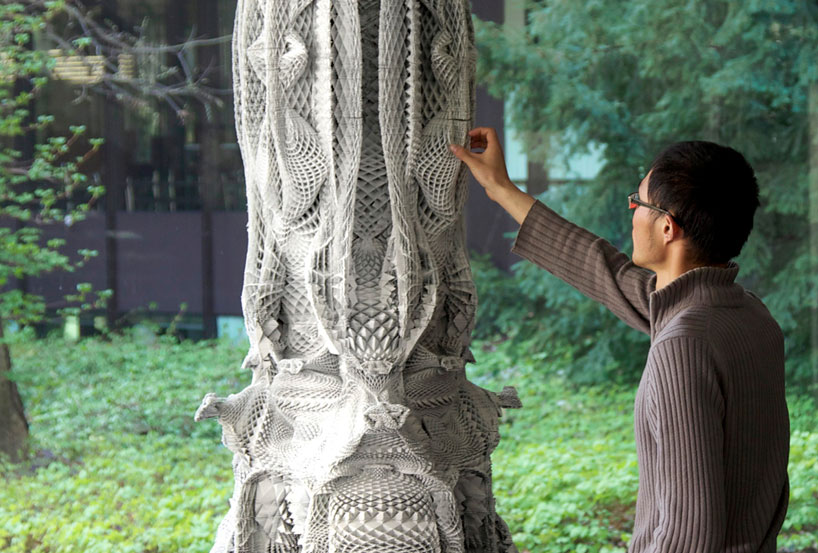 photograph of column segments during construction 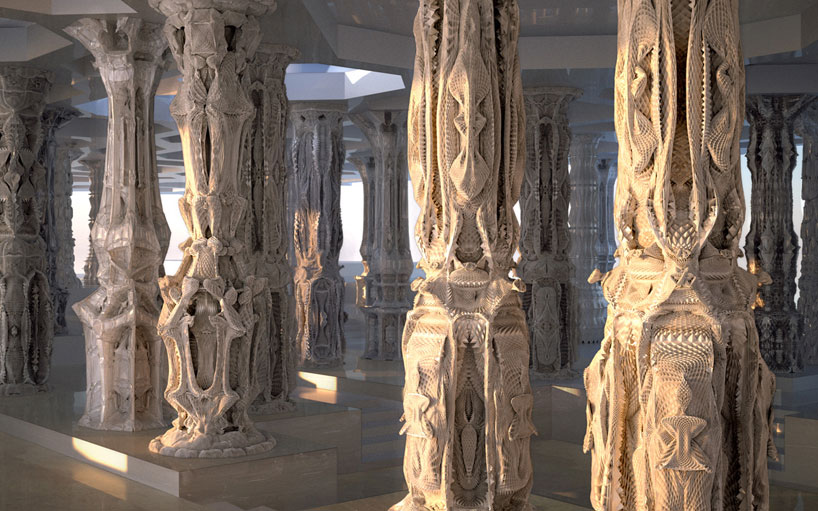 initial sketches of variants that were generated from a uniform process 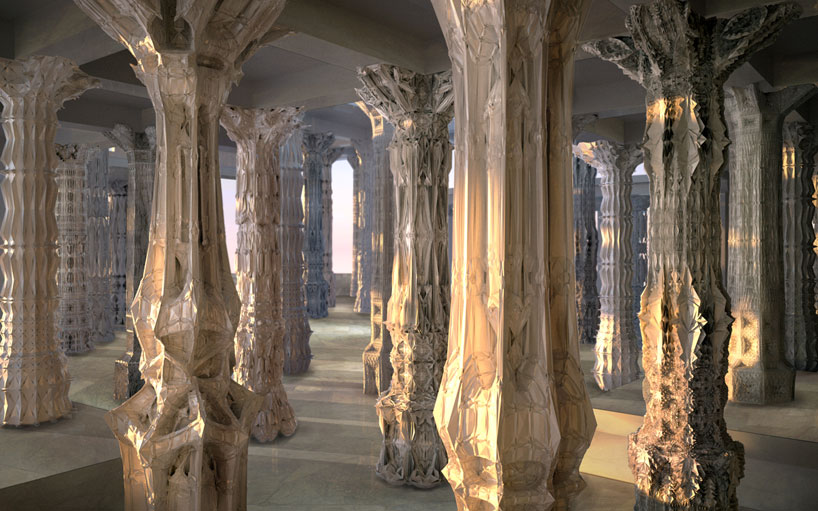 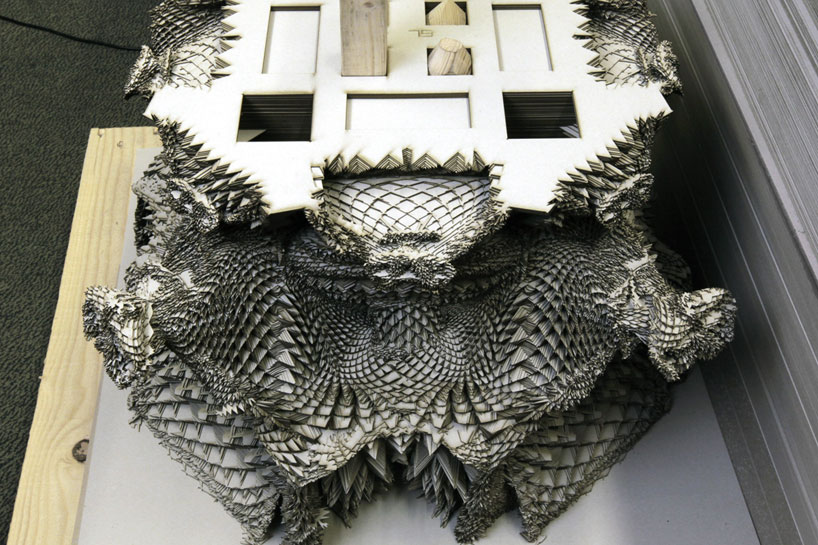 stacking of the layers 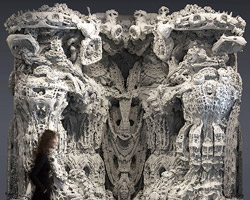 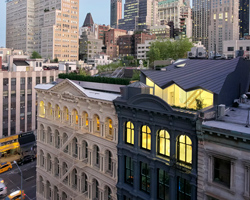 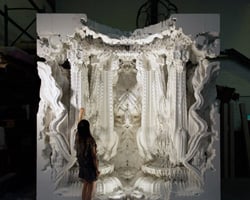