warming huts is an open competition that encourages both established and emerging practices to design temporary structures to be constructed along the assiniboine river in the canadian city of winnipeg. for the 2015 edition of the event, acclaimed mexico-based practice rojkind arquitectos were invited to build a pavilion in addition to the competition’s three other chosen entries. named the ‘hybrid hut’, the complex timber structure invites skaters and other passersby to enter the pavilion’s relative warmth by ducking their head to enter. the region’s popular trail also features the pop-up restaurant ‘raw:almond’ and an art gallery on the ice designed by chris and kine artist collective. see designboom’s coverage of 2014’s winning design here. 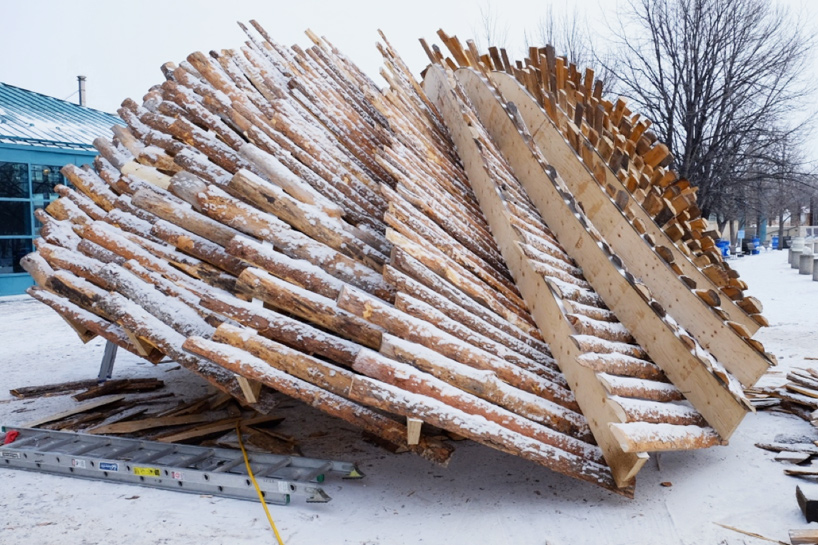 the design seeks to create new hybrids through the implementation computer-aided design in convergence with traditional craftsmanship. the continual evolution of technology in the industry puts into question the participation of artisans in the construction process, to the extent that trades are disappearing. the pavilion examines the role of contemporary design, and questions whether or not machinery can ever learn the skills acquired by craftspeople. conversely, the scheme considers if an accomplished worker can learn new processes through modern technology, and analyzes the ever-changing role of the architect.

the project in its construction phase
photos by gerardo salinas 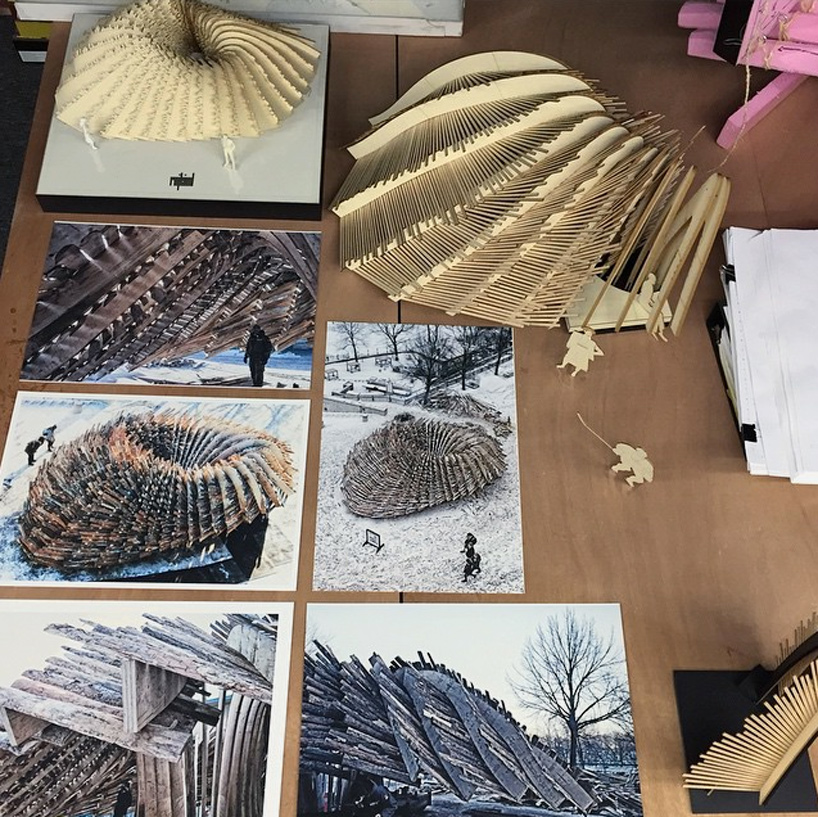