a dingbat is a type of formulaic apartment building that flourished in the united states in the 1950s and 1960s, a vernacular variation of shoebox style ‘stucco box’. popular in areas such as L.A – southern california, arizona, florida and hawaii.

the competition asked designers to re-envision the dingbat, and in so doing, offer a revised vision for L.A. itself. in order to redefine the dingbat, it is essential to understand what has made it so successful (or at least ubiquitous) and determine what form of dingbat-ness will best define a new identity for an emerging 21st century los angeles. the ‘microparcelization’ project advocates replacing dingbats with small single-family homes on small lots, to be made possible by new mechanism for subdividing parcels, and to be promoted by an updated version of the case study house program. dingbats were perfect for the zoning, economies, and construction practices of their time, but today they approach the end of their useful lifespan. aging dingbats are structurally and environmentally deficient. the dingbat is the city’s least desirable multifamily housing typology; their nostalgic appeal tugs most strongly at architects themselves. thousands can be replaced before we should get soft and start to miss them.

the goal of dingbat 2.0 is the increased quality of housing stock in the dingbat neighborhood, not by covering it with new stucco beasts, but rather with diverse and desirable new architecture; and the way to catalyze this change, as the dingbat taught us 50 years ago, is by amending the zoning code. the obsolescent dingbat will become the fallow ground from which a new housing form may emerge. dingbat, make way – the city needs room for small homes on small lots.

los angeles’ enormous 7500-square-foot lots made sense for single-family homes a century ago, but by the 1950s, the marketplace dictated that they were ripe for redevelopment with six to eight units. the greater value and scarcity of urban real estate today should be acknowledged, and the barriers preventing smaller houses on less land should be demolished.

the plots of land which can be divided

dividing the land promotes economic equality and neighborhood stability. the old american dream of homeownership persists. increasing the number of homeowners augments the numbers of neighborhood stakeholders and their sense of community. people are learning to do more with less space, encouraged by both economic necessity and a backlash against the phony sustainability of gigantic custom ‘green’ homes that are actually energy and resource hogs. 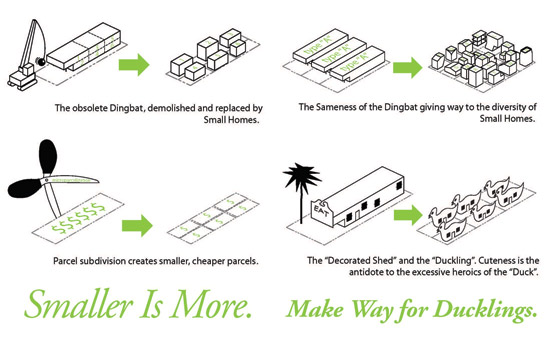 smaller parcels invite urbanistic diversity. parcel subdivision creates smaller, cheaper parcels, and further lowers the price of land by relieving excess demand. cheaper land and smaller, cheaper houses beget a larger client base for custom or semi-custom homes (and more projects for our hungry architects). smaller homes on smaller parcels provide a means of injecting new vitality into the moribund design culture of residential los angeles. the goal is to achieve a more informal architecture of novelty and delight. in support of the goal of a revitalized culture of architectural experimentation, we propose a new series of ‘case study microhomes’ as a successor to the famed case study house program, promoting a participatory, populist design culture. 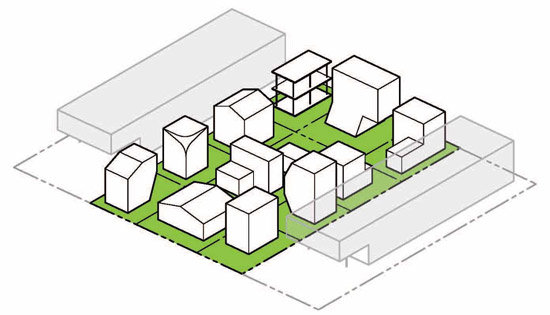 the implementation of tokyo-style small homes on small lots has been unfeasible primarily due to limitations on lot subdivisions. we propose modifying the los angeles planning and zoning code to create a new tool for the urban designer’s toolbox: microparcelization. with more freedom than under the small lot subdivision ordinance, landowners within designated districts would be permitted by right to subdivide their parcels into separate legal parcels as small as the marketplace will support. 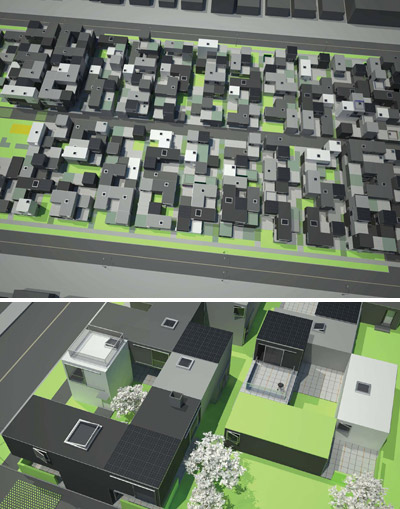