french mikou design studio have sent in images of their proposal of bottrop higher technical college in germany. the project’s site is located between a major urban intersection on the west and south and a quiet residential neighbourhood on the east of the site.

in response to the dual orientation, the architects designed the project as an open amenity that passes through the entire site by freeing a large esplanade on the south which provides the building with a set-back external assembly space. this esplanade opens perspectives to the east through the block from the intersection, thereby linking the project’s two urban and residential scales.

from this hardscaped esplanade, the school is entered via a large north-south longitudinal forum which passes through the entire building like a large covered internal street.

designed this higher technical college as an emblematic building that is visibly ecological by optimising passive energy in the project and by orienting a maximum amount of facades and roofs towards the south.

the building’s figure is sculpted in tiered volumes divided into grid modules which step down gradually from north to south to multiply the orientations of facades and to free large accessible flat roofs which will be planted or covered in photovoltaic panels. in this configuration, the building is not seen as a compact, closed volume, but rather as a series of modular volumes that create multiple tiered, stepped facades. in this spirit, the project’s facades have been designed and adapted specifically to each orientation, and they are also surfaces for possible experimentation by students. thus the building is seen as a large functional, efficient machine. 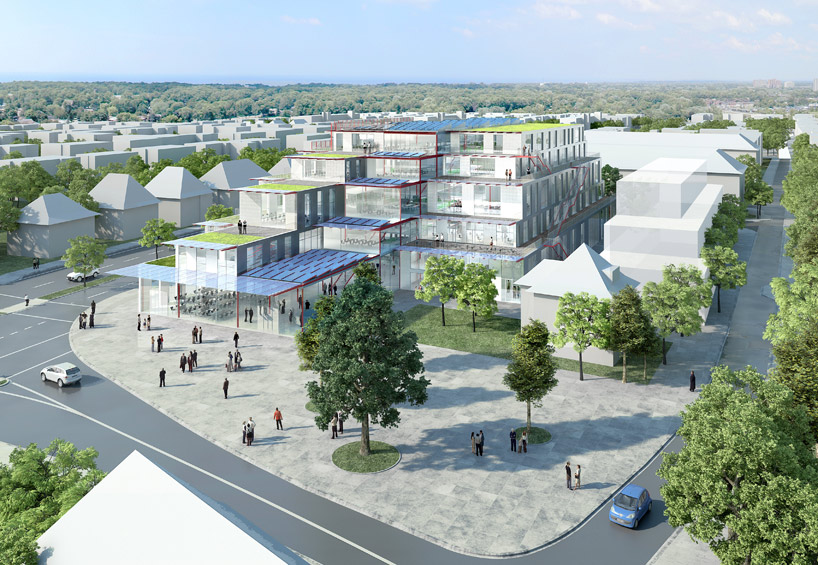 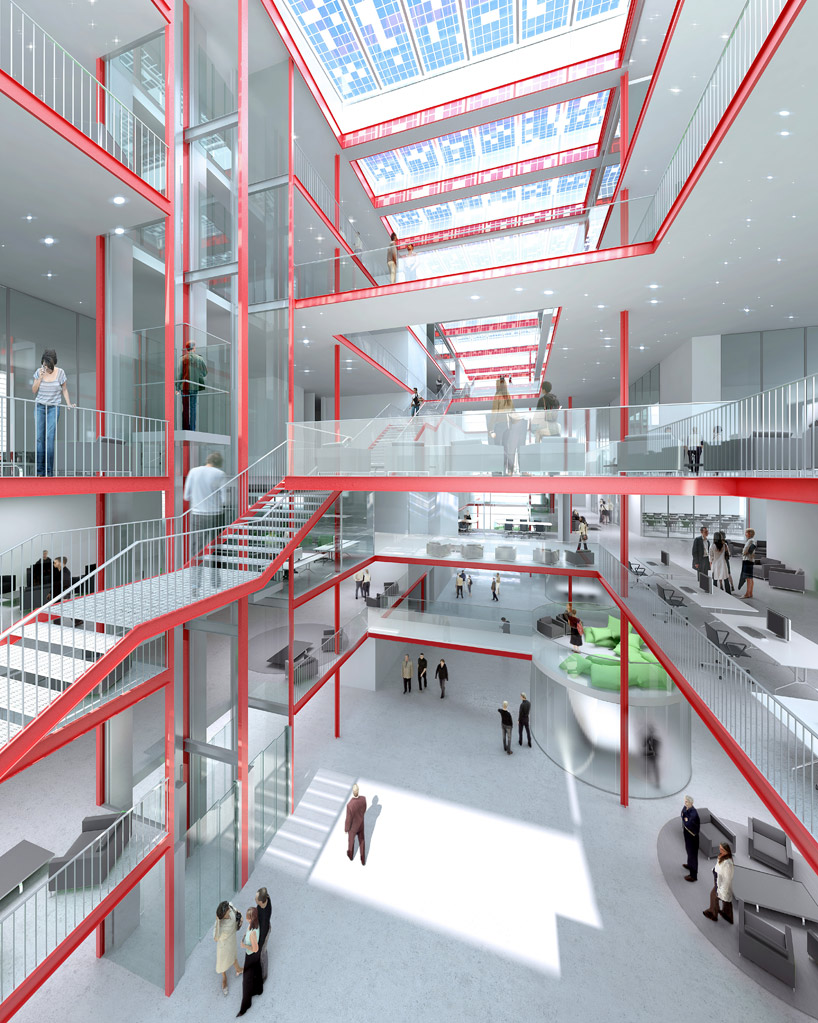 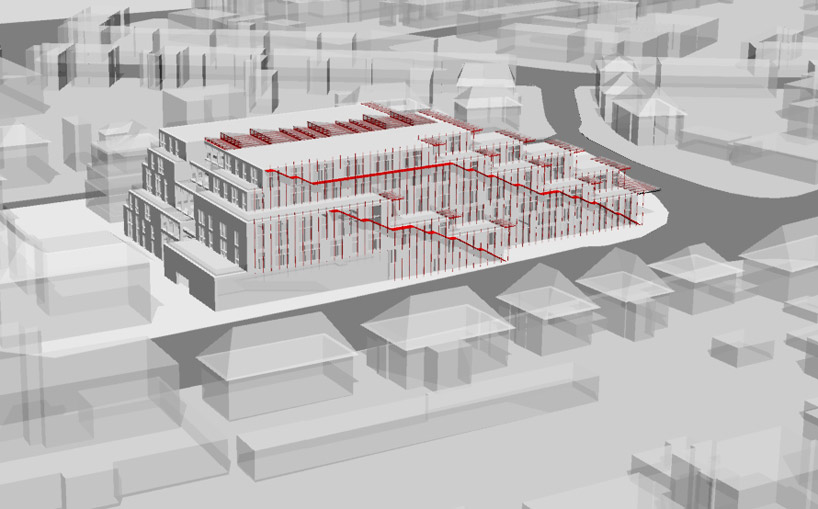 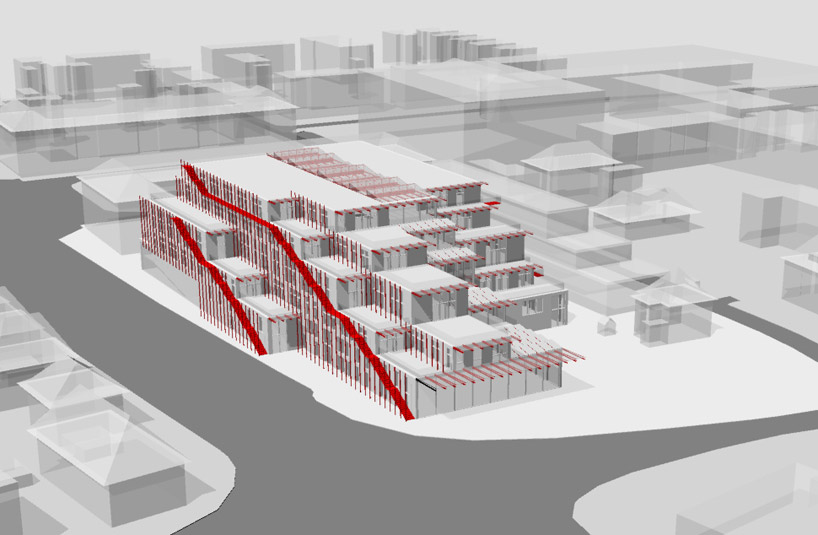 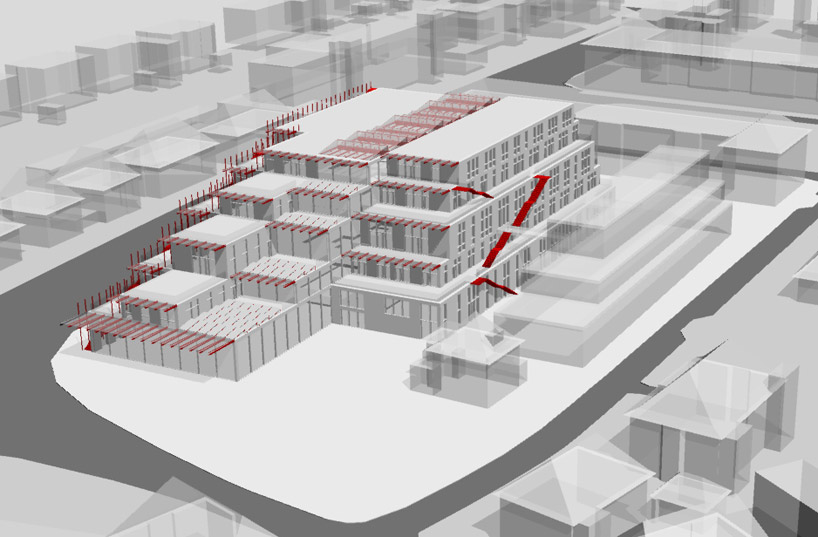 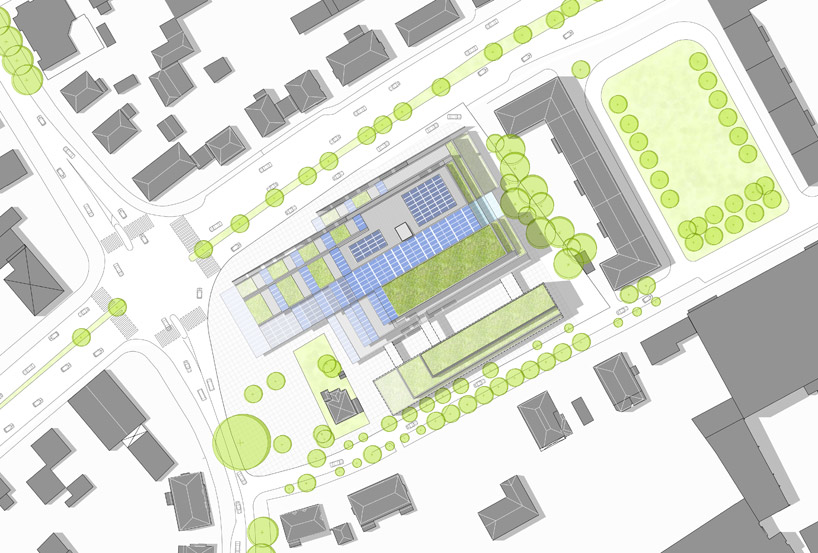 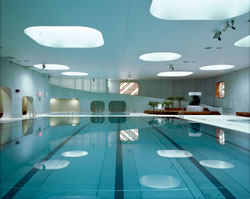 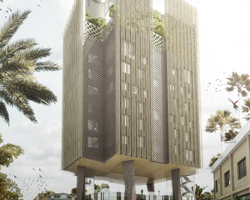 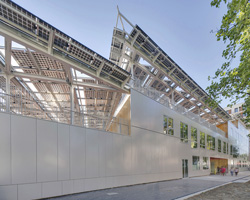 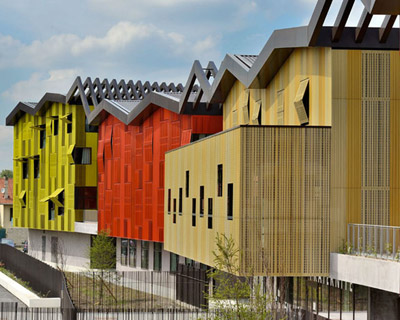 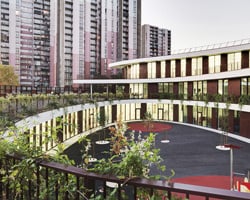