milan’s san siro stadium could be demolished after heritage authorities said that it had no ‘cultural interest’. in september 2019, two shortlisted designs for a new stadium were unveiled. located on the same site, the replacement would continue to be the shared home ground of AC milan and FC internazionale — two of italy’s most significant football clubs. the two competing designs both involve reducing the overall capacity from approximately 80,000 to 60,000. 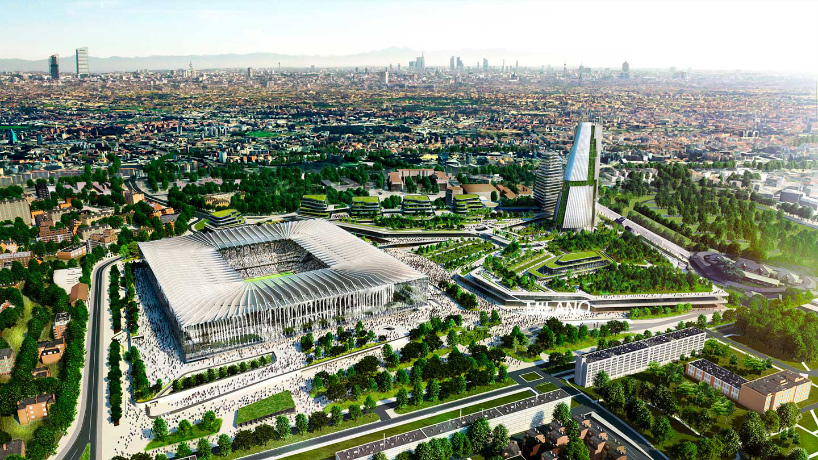 the san siro originally opened 1926, and has undergone a number of renovations over the years. the latest major update was ahead of the 1990 world cup, which involved increasing the capacity and adding a new roof complete with distinct red girders. however, in recent years, both AC milan and FC internazionale have had average attendances of around 55,000, leaving large parts of the arena empty. 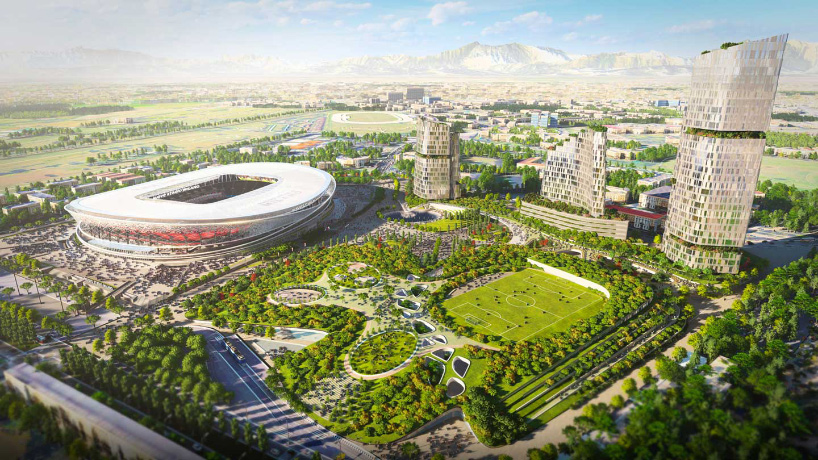 proposal 2: the rings of milano by manica/sportium | read more here

the news was shared by italian newspaper la repubblica who reported that part of the old stadium could be retained, while the area on which the playing field now stands could become a public park. as part of the ambitious plans for the site, the surrounding neighborhood would be comprehensively redeveloped. both AC milan and FC internazionale are keen to move ahead with the project and have submitted preparatory documents to the municipality of milan. see the competing proposals here, and follow more updates on the stadium’s official website.