on a luxuriously green site in  close to ahmedabad, india, local architect arpan shah and his firm modo designs have combined streamlined

form and rich material into a single floor 5000+ square foot dwelling. on the lap of the natural surroundings, the house is responsive to a

series of palm trees that previously adorned that site, choosing to orient the volumes in the same rhythm as the vegetation. the home employs

generous apertures and glazing to include the elements of sun, sky, earth, water and air. fragments of the crisp blue sky help separate the

program as does a pointed difference in layout and grade change.

while physically segregated, parent’s and son’s living units are united through a meeting place, which is a more open central bay.

linear organization continues to articulate the front-facing street side from the rear garden, thereby allowing quietness and privacy

to the home’s green space. the roofline and overall mass  are delineated by a proportioned linear block of concrete which complements the

interior three bay organization. the first bay creates the spaces of the parents, guest and kids bedrooms, the central is comprised of

transition areas, namely the living area and rear court, while the last bay towards the garden is master bedroom, sitting area as well as

the formal drawing and dining area. 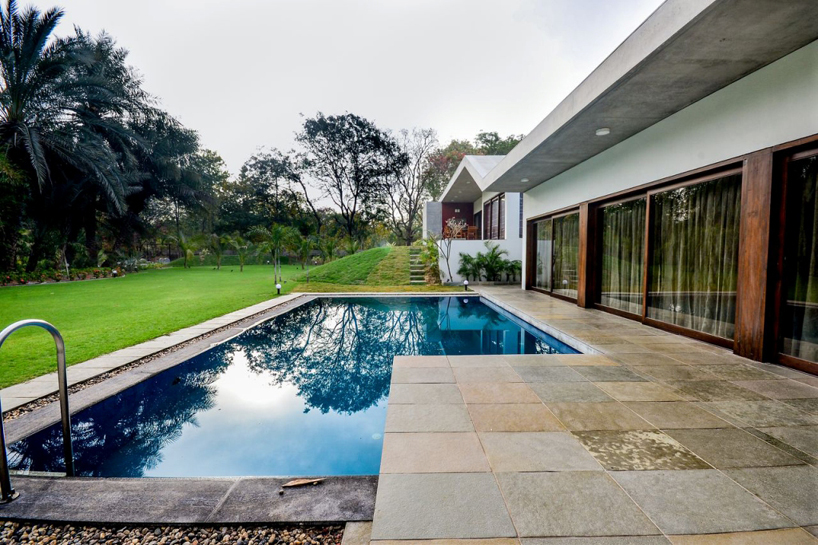 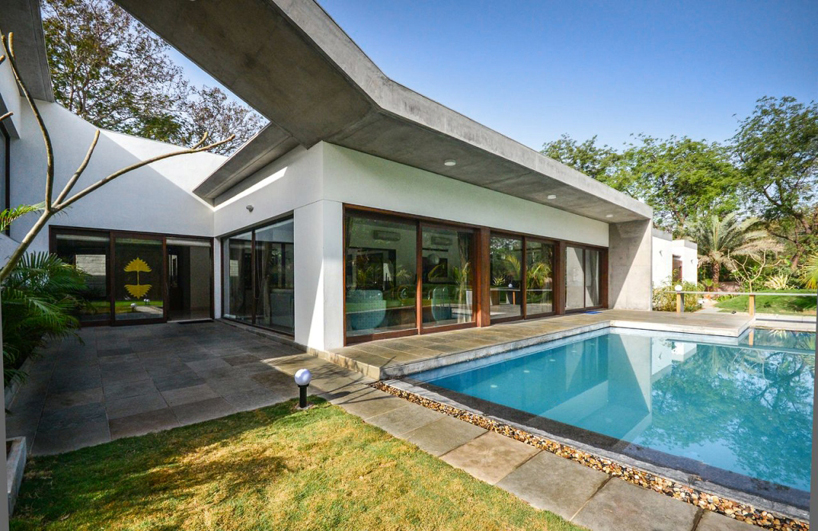 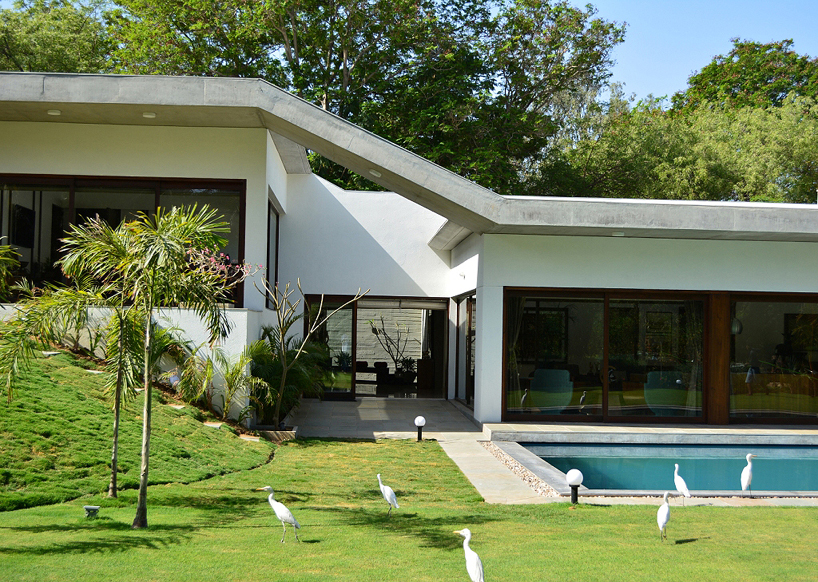 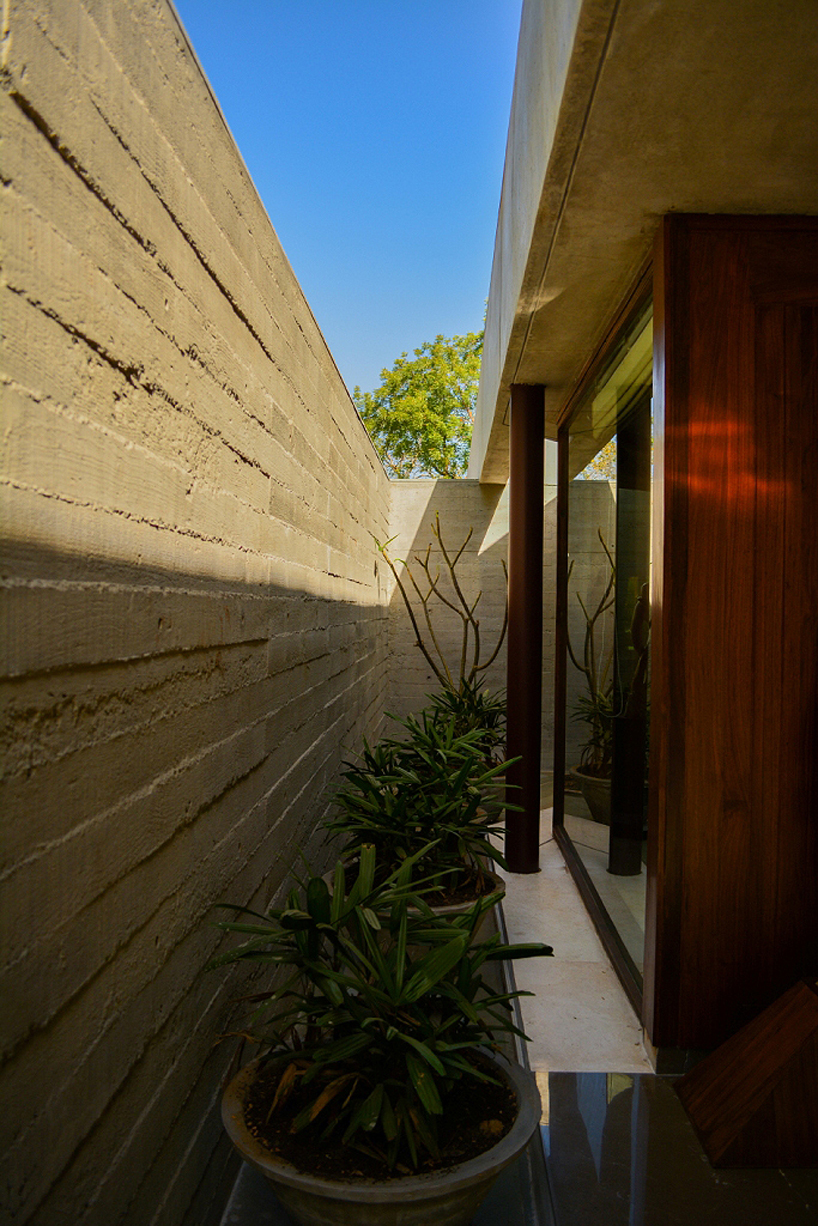 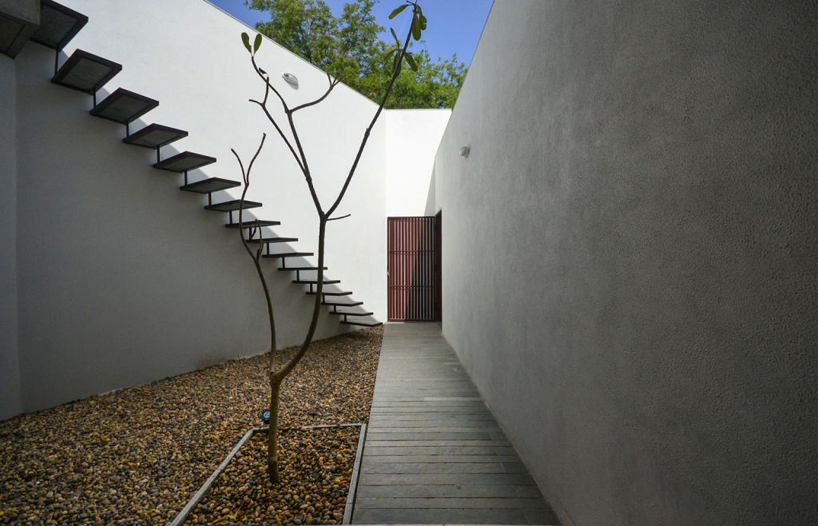 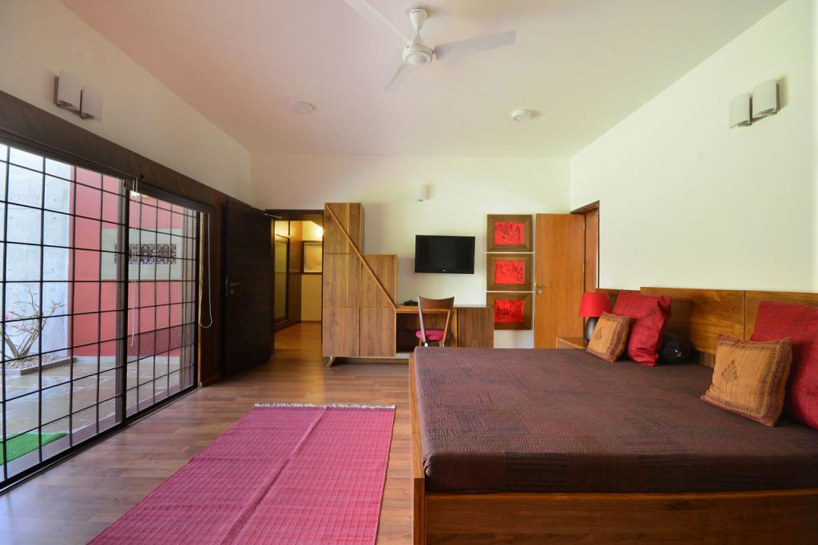 view into the master bedroom 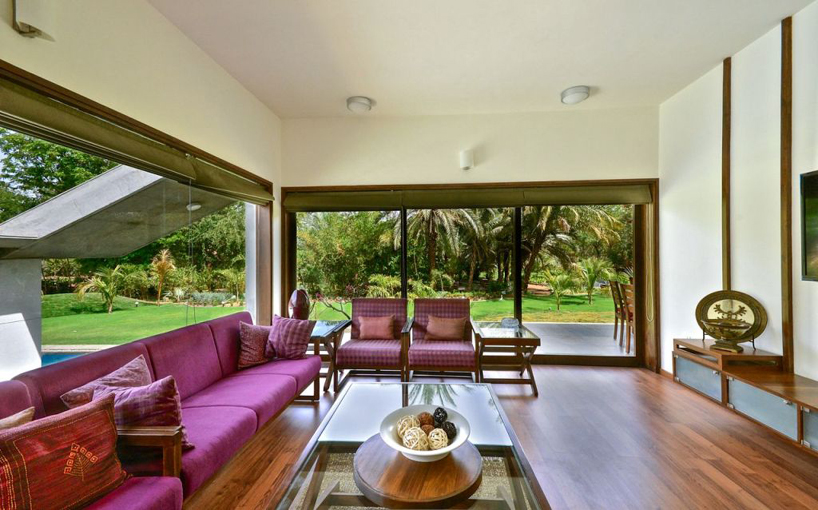 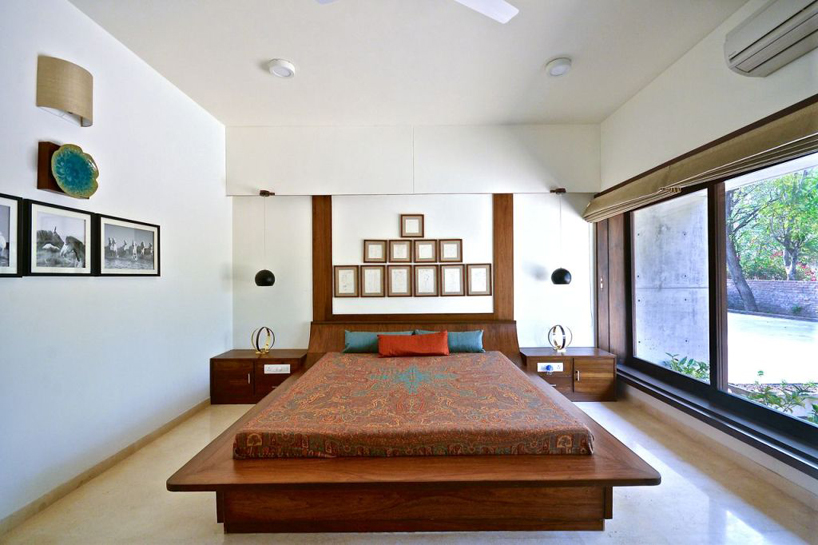 rich materials and clean lines continue into the guest room