german architecture firm modulorbeat created the temporary pavilion ‘switch+’ for the 2007 skulptur projekte münster. the structure was erected outside the city’s archaeological museum for the special exhibition. its perforated metal design was created in response to the ‘silberne frequenz’ light installation  by otto piene on the neighbouring building.  inside the building served as an information pavilion, book shop and café. at 12m high the building was constructed suing steel girders on a concrete base clad in the gold-tinged copper alloy, which was perforated to allow light to enter in. part of the pavilion was movable to ‘switch’ the flow of pedestrians within the immediate environment. 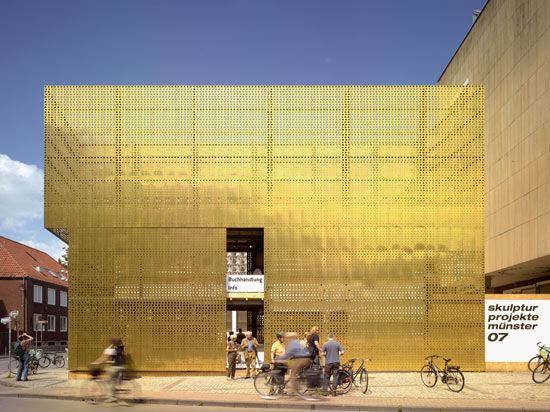 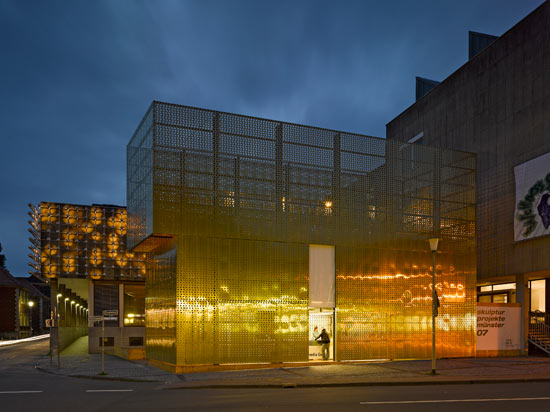 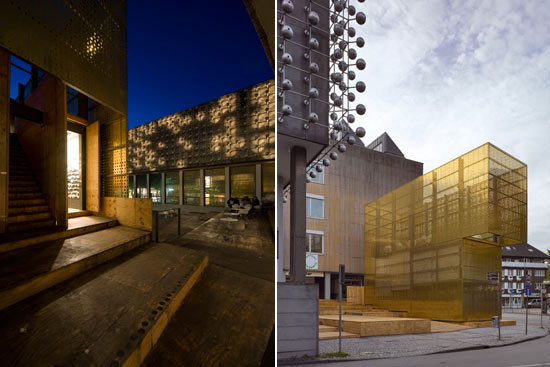 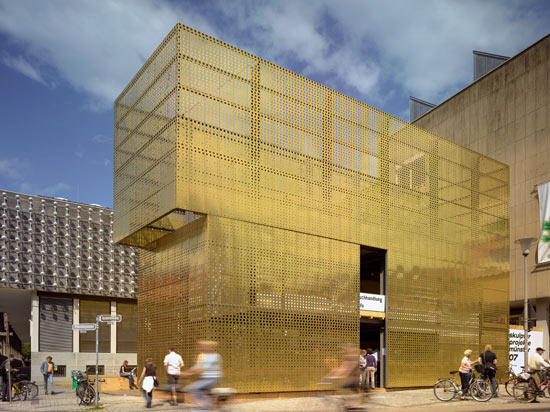 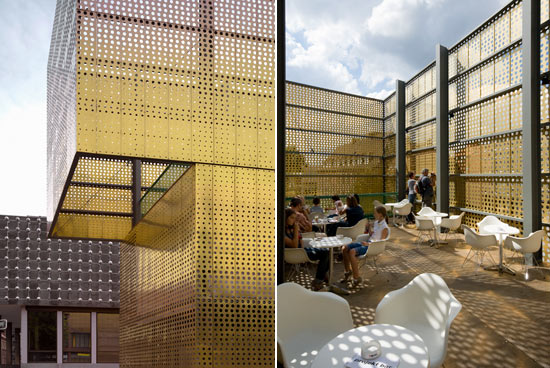 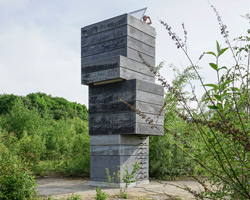 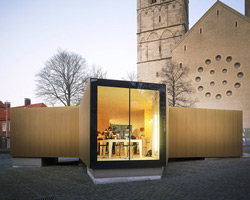 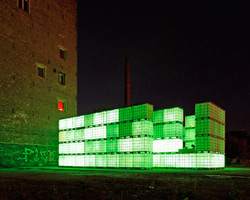 Aug 10, 2022
david altrath captures brutalist 'mariendom' church with crystal-like roof in neviges, germany
the roof presents an eye-catching folded shape, with many comparing its form to an iceberg, a crystal, a flower, or a tent.
architecture
292 shares
connections: +3660