in the city of monterrey, mexico, architectural design firm moneo brock has constructed an almost polygonal church that arches into the sky in a number of crystal-like projections. the church, called ‘el señor de la misericordia’, sits at the center of a new urban development in the city, and is dramatically framed by the mountains of the surrounding landscape. 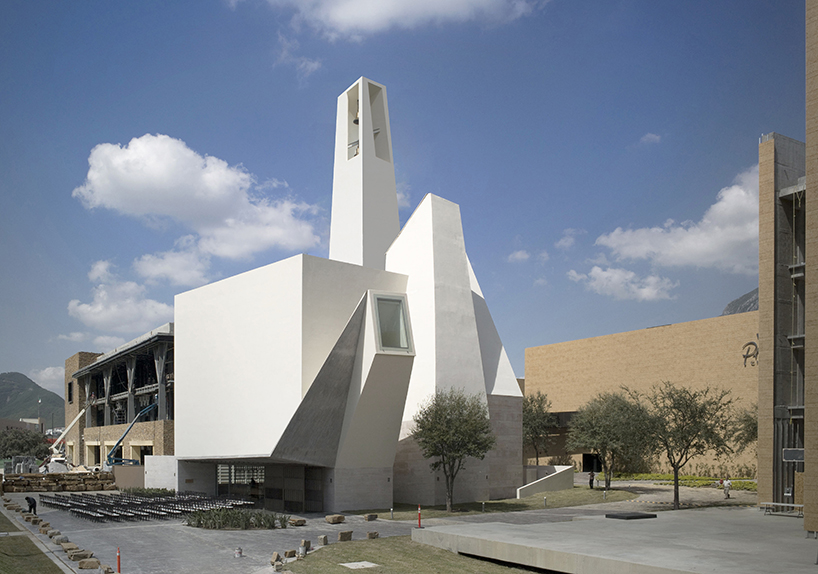 the church, called ‘el señor de la misericordia’ sits a the center of a new urban development in the city
(above) image by belén moneo
(main) image by jorge taboada

in its design, moneo brock aimed to create a volume that would go beyond the religious rituals and liturgical events generally practiced in monterrey, creating spaces within the temple in communion with and representative of the long architectural narrative of spiritual constructs. the various interconnected bodies that make up the exterior are inspired by and give the impression of traditional religious architecture, but are simultaneously unquestionably modern. despite its segmented, sheared exterior, the structure is classical in function and presents a reinterpreted vision of a bell tower, stained glass windows, baptistry, chapel and lateral courtyard. 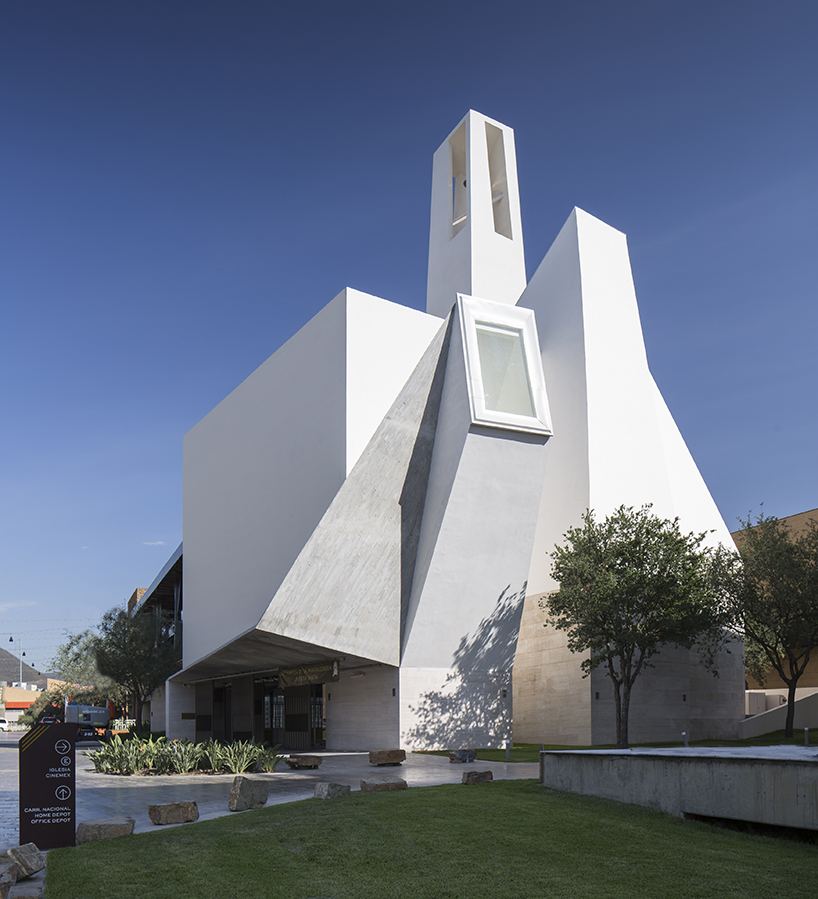 above the entry canopy, the façade is a large flat wall without embellishment or decoration, declarative of the otherness of the space behind and within: the sacred space of the church interior. the church is intended to serve as a multifunctional, expandable environment, capable of extending out onto the surrounding plaza when an event draws a crowd that exceeds its 350 person capacity. the large, flat faces of the design are intended to be reminiscent of the first missions built by friar junipero throughout the american southwest, constructed of wood and adobe. 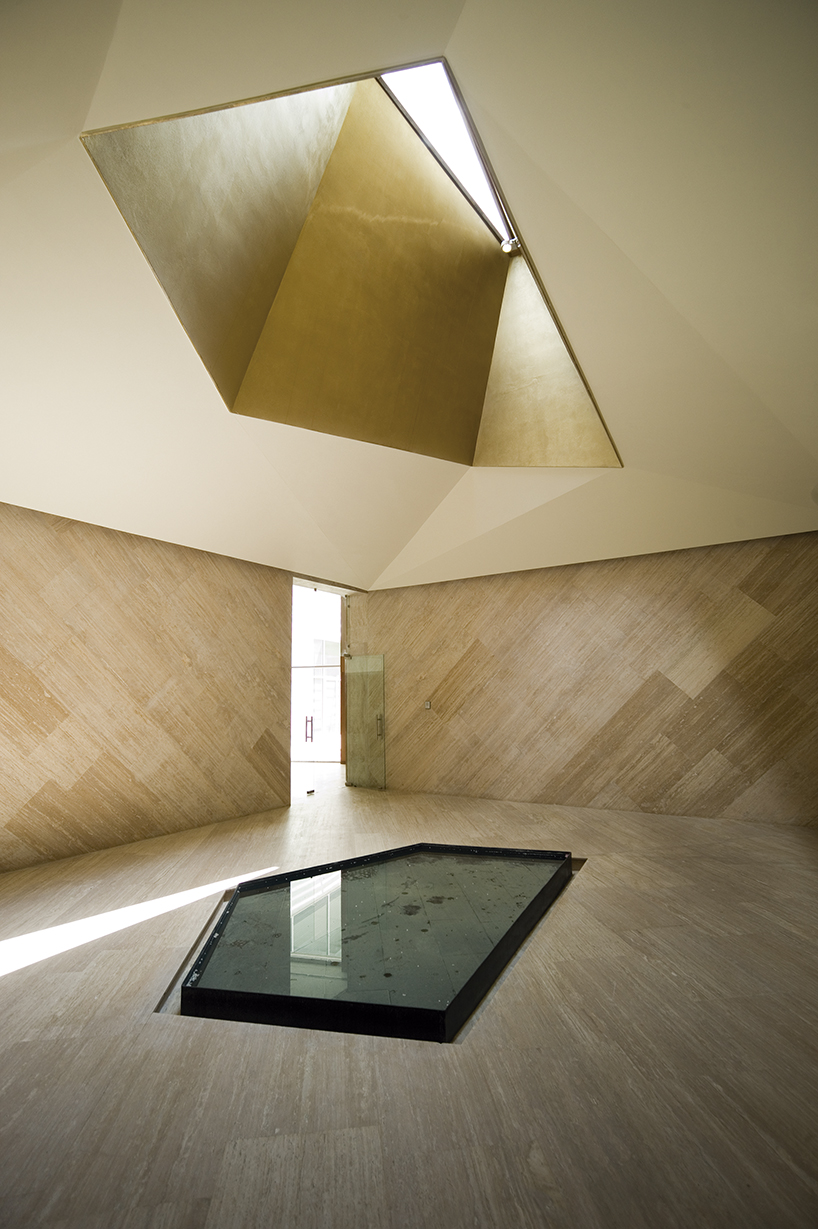 a room of reflection on the lower level, featuring a skylight and reflection pool
image by jeff brock

the interior design is fully integrated with the architecture, with moneo brock furnishings throughout: from the wood benches to the altar, the choir and the multiple screens, the sliding doors at the entry, the doors to the main sanctuary and the screen that separates the baptistery from the central nave. light enters this nave from a number of apertures. the three chapels are all punctuated by a generous skylight, each one facing a different cardinal direction accommodating the gradual shift of light within the space over the day. above the baptistry, the designer’s reimagining of a rose window opens to the west, with stained glass filtering colored light into the building, most notably during evening mass. in what is one of the church’s most eye-catching eccentricities, a fourth skylight above the altar directs sunlight through an inclined panel, shaping the light into a vast glowing cross and casting it onto the rear wall of the church. 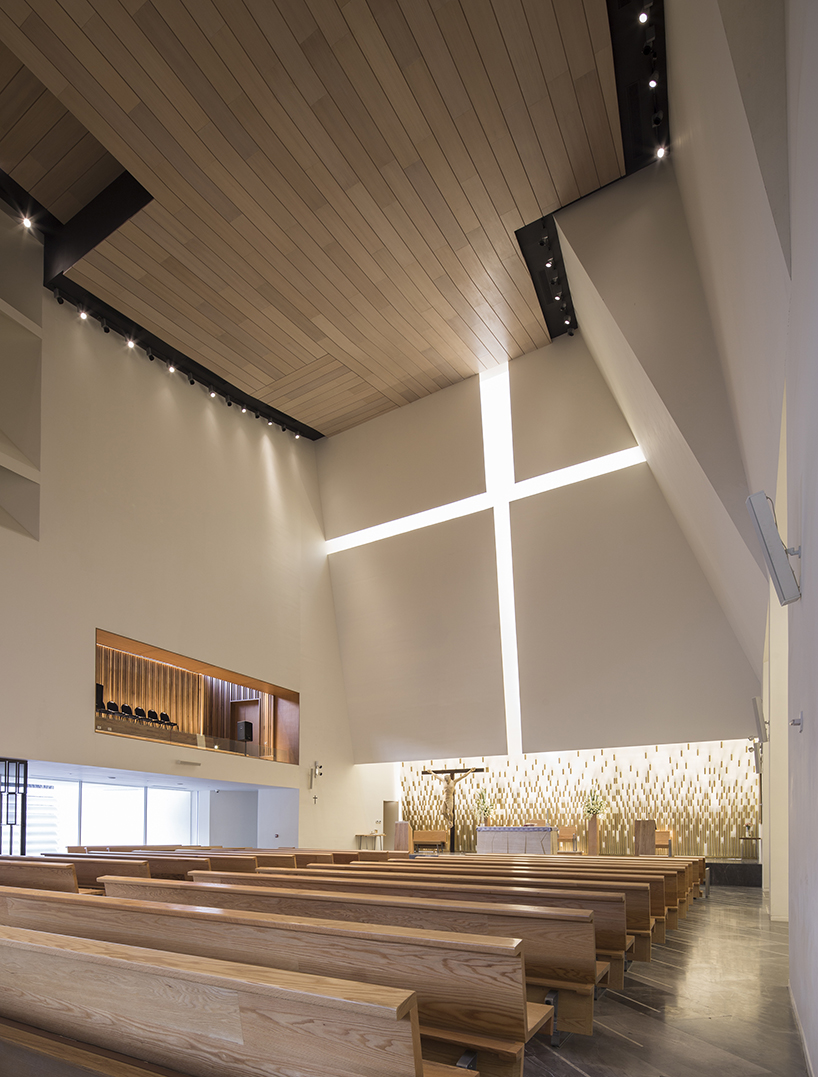 a skylight above the altar directs sun through an inclined panel, shaping the light into a vast glowing cross
image by jorge taboada

the interior walls were configured under the consultation of sound engineers arau asociados to ensure a resonant and vibrant acoustic environment. a curated selection of traditional style artworks created by contemporary artists are displayed throughout, continuing to meld aspects of traditional and modern day spirituality. two large sunken patios within the plan demarcate functional areas outside of worship: the patio to the north is surrounded by administrative offices, while the one to the west is home to a classroom and workshop space for community events. 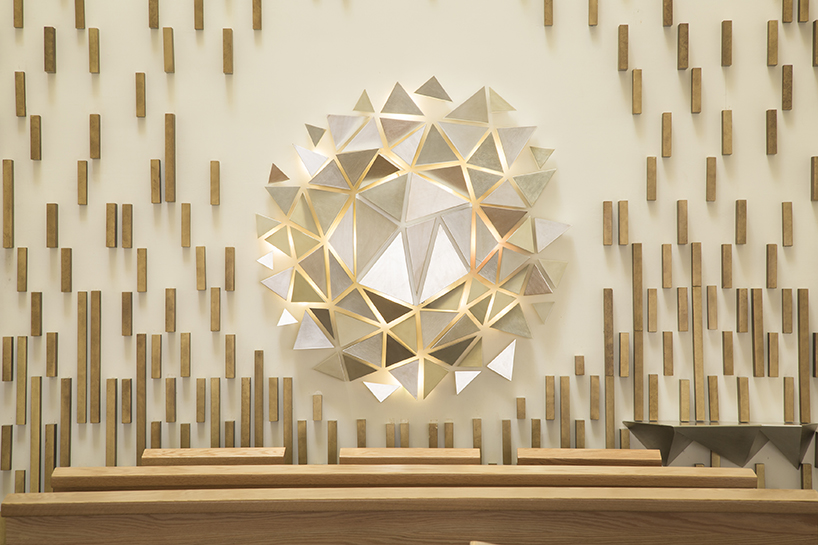 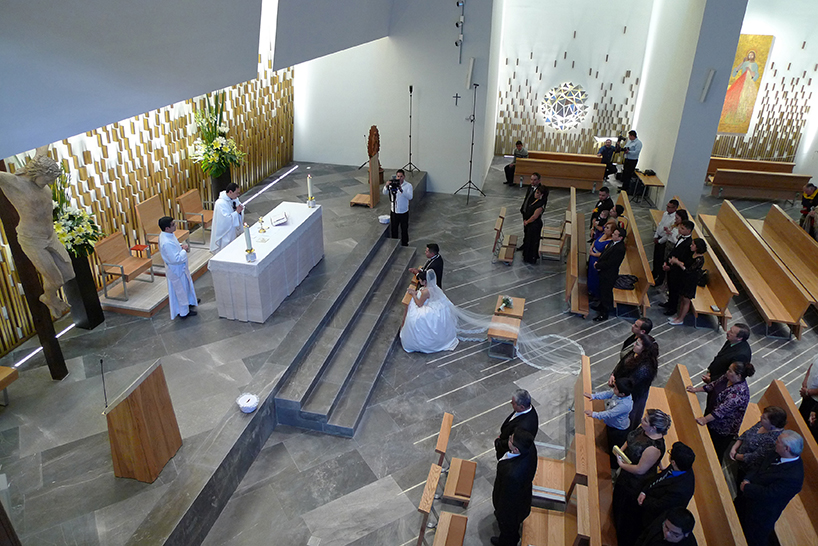 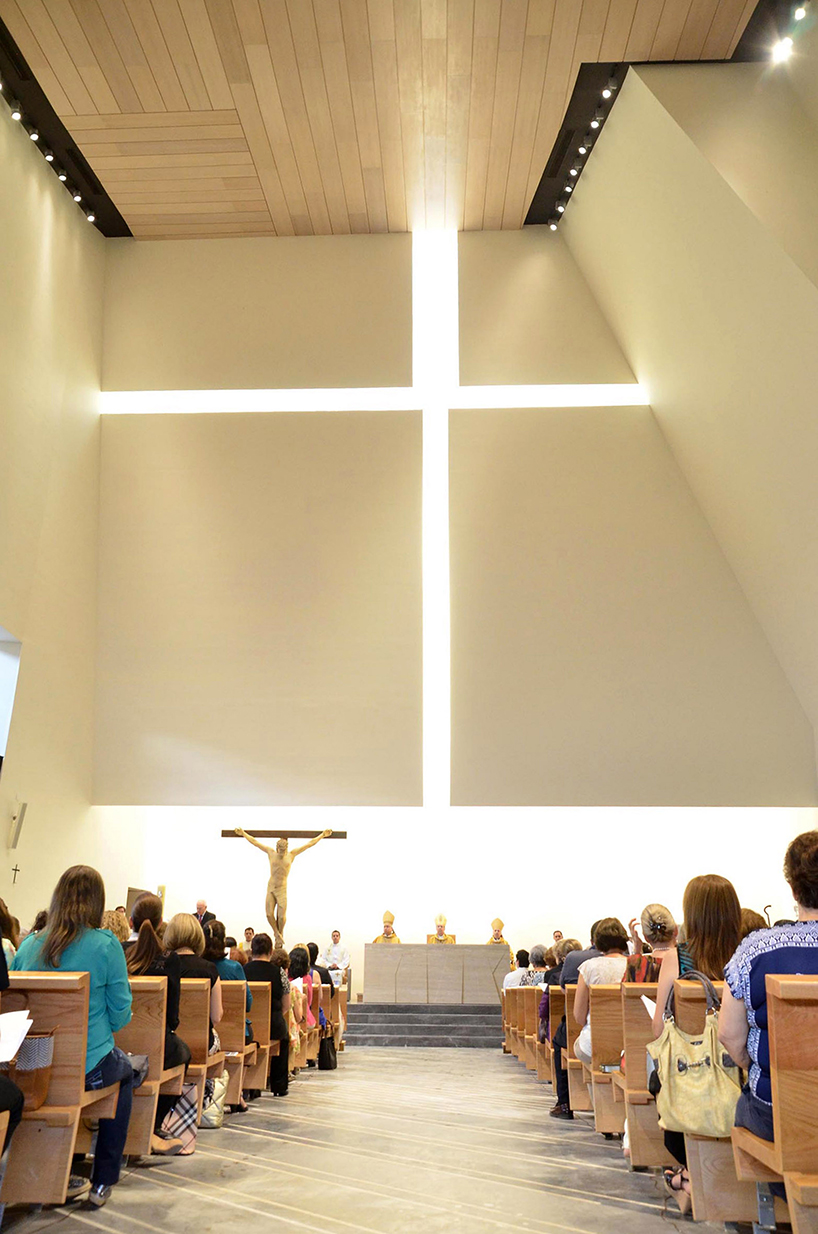 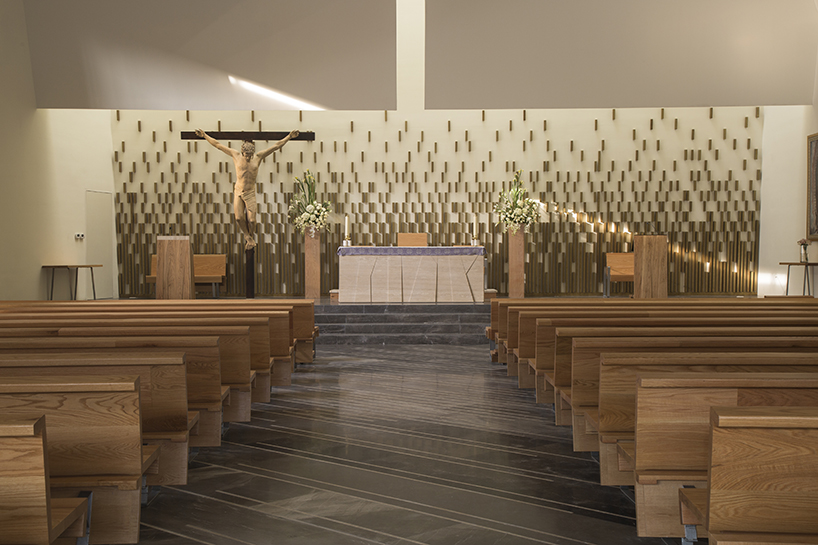 the north patio is surrounded by administrative offices, western patio is home to a classroom and workshop
image by jorge taboada 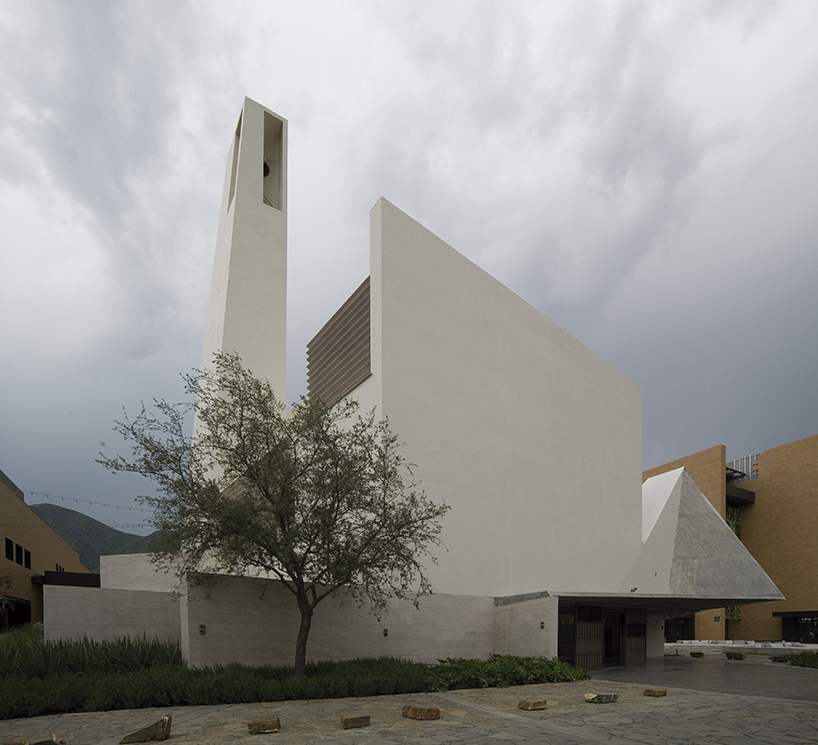 the church is intended to serve as a multifunctional, expandable space
image by jeff brock 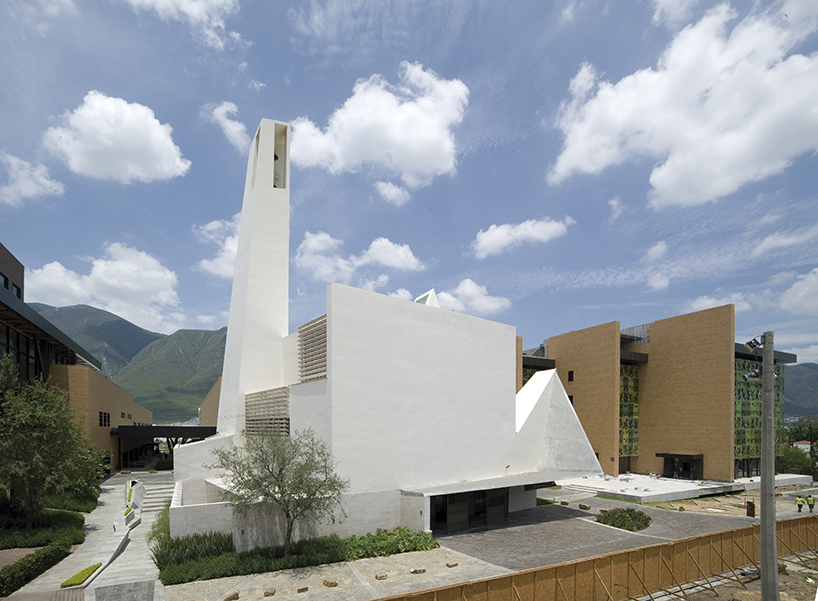 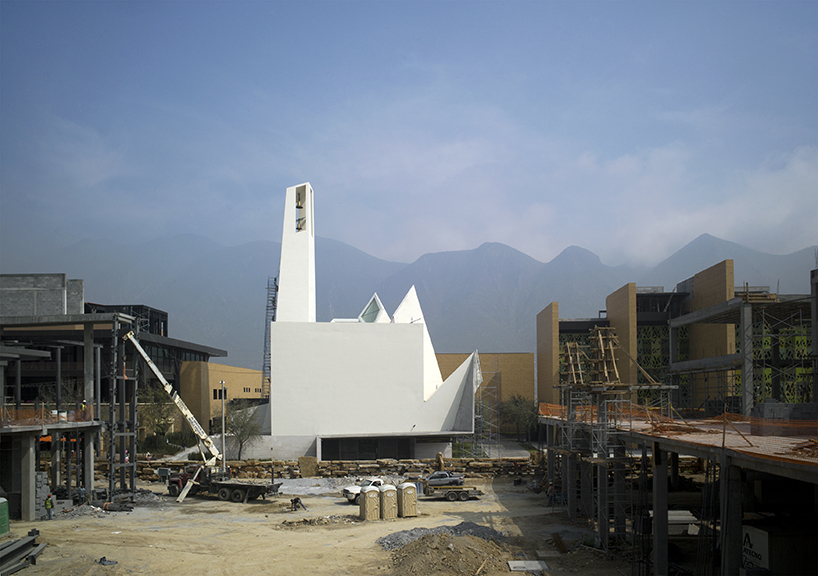 southeast façade while under construction
image by jeff brock 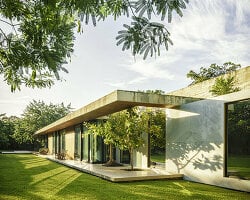 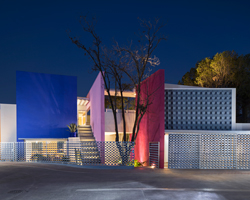 May 13, 2018
moneo brock's colorful casa TEC 205 in monterrey is a homage to mexican architecture 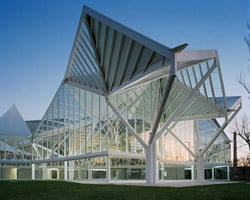