the museum at eldridge street has commissioned artist kiki smith and architect deborah gans to create a new monumental east window for the 1887 eldridge street synagogue. the synagogue is located in new york city’s lower east side and is a national historic landmark. the monumental window by gans and smtih will feature a stained glass design that will replace the existing window as part of the museum’s 20-year restoration. the window depicts ‘a galaxy of golden stars against an undulating blue firmament’ that recalls the painted murals already on the interior. the design complements the 19th century interior design of the synagogue, while still remaining contemporary. the final window will be unveiled in spring of 2010. 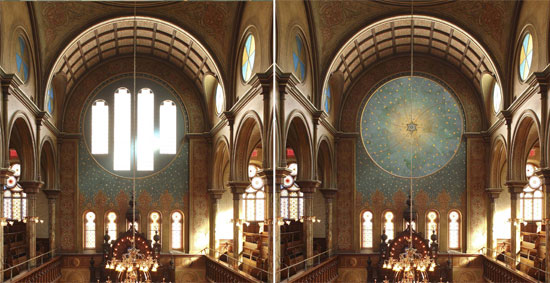 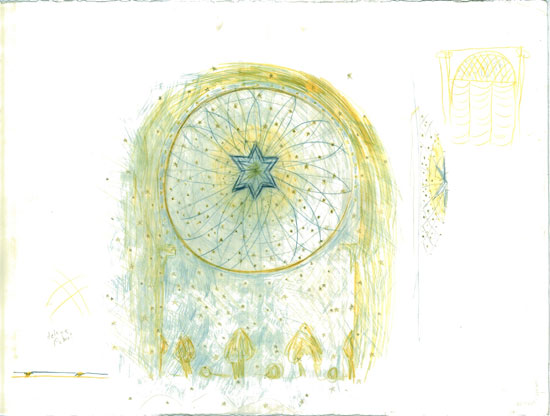 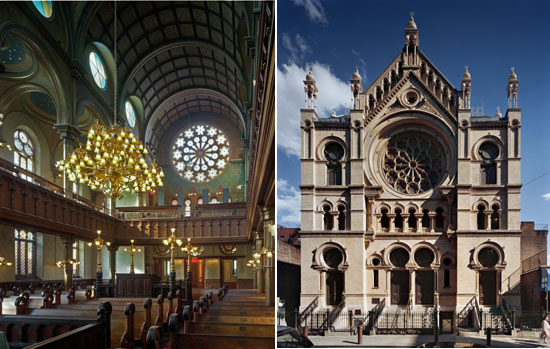 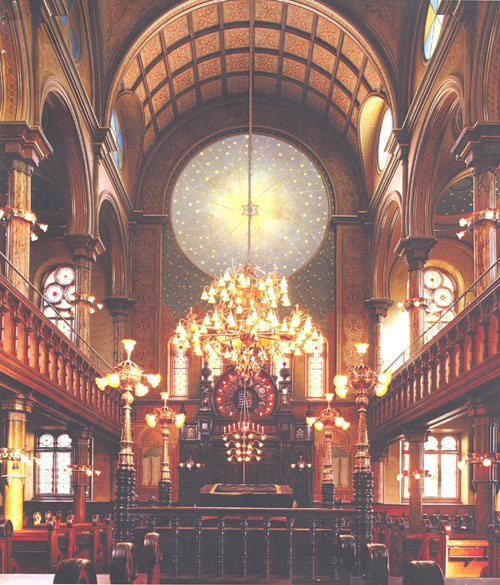 stained glass mock up by kiki smith and deborah gans photograph: courtesy of the gil studio