korean architect kim jae-kwan of moohoi architect has completed ‘renovation (zeep-soori) of jung-hyun’s apartment’ a single-family residence located in seoul, korea. a rearrangement of the typical programmatic arrangement results in a family oriented and functional space. the living room is the center of life and resulted in the television’s move to a bedroom, reprioritizing the living area’s purpose for family. a restricted ceiling height of 2.7 meters was not viewed as a hindrance and lower ceilings and raised floor platforms were introduced.

a observational study of how children used their bedrooms became the starting point for design. they spent time in their room sleeping, snoring, hanging down, lying on their stomach, lying on their back, hunkering down, standing up, boisterously, with friends, their siblings or by themselves, and so on. totally different behaviors were observed inside these rooms. their individual movement, as well as frequency and area of activity were all different.  one thing in common was the spatial situations of rooms for playing, sleeping and studying remained the same. 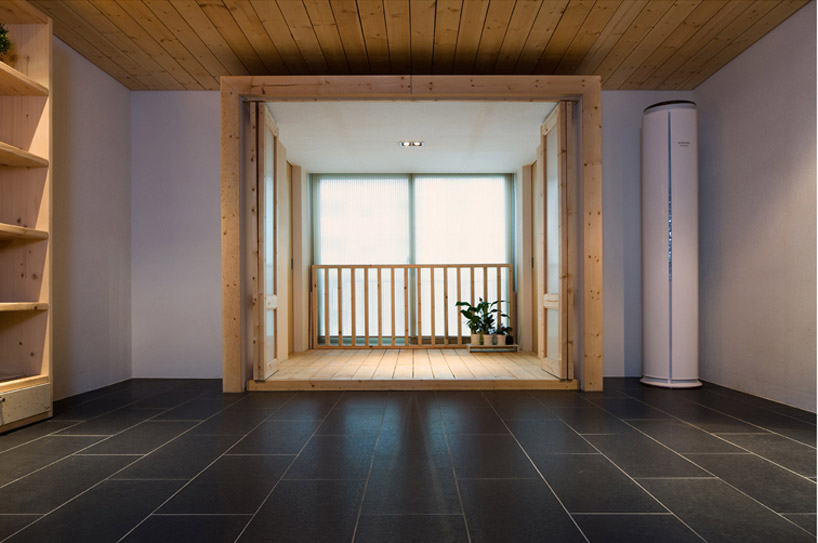 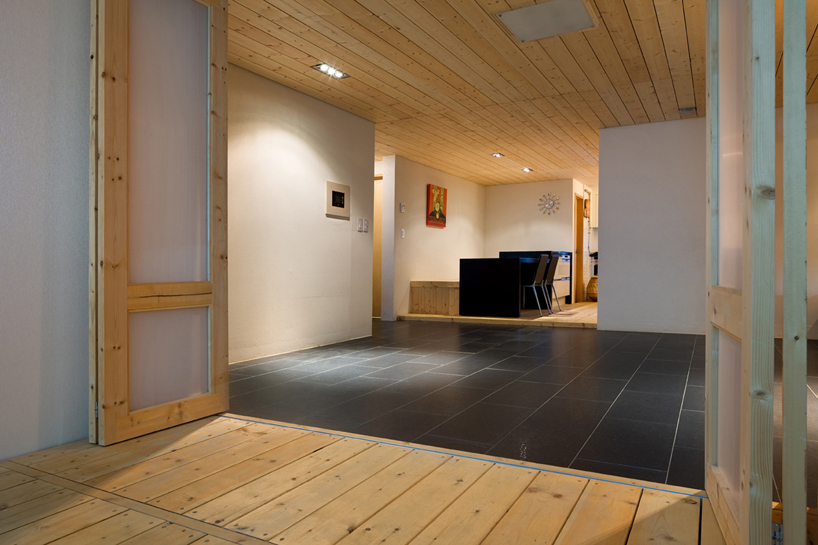 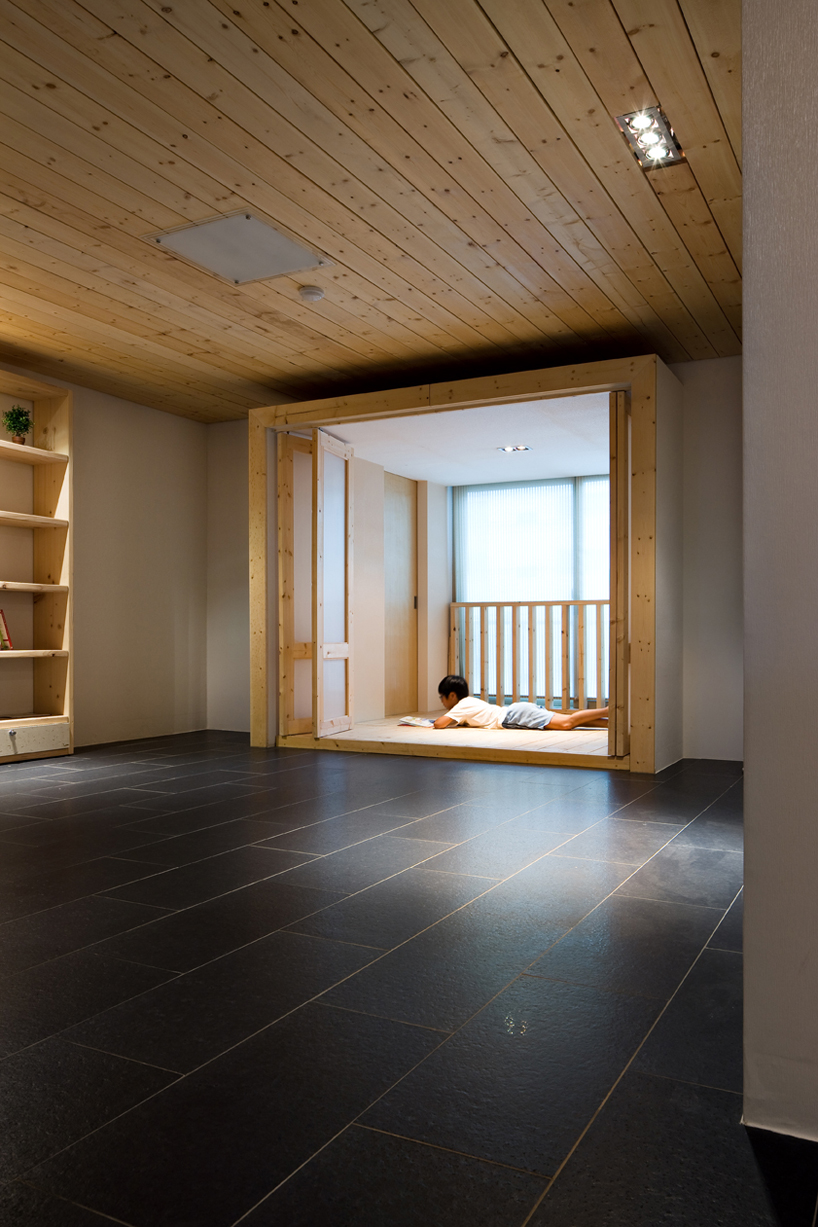 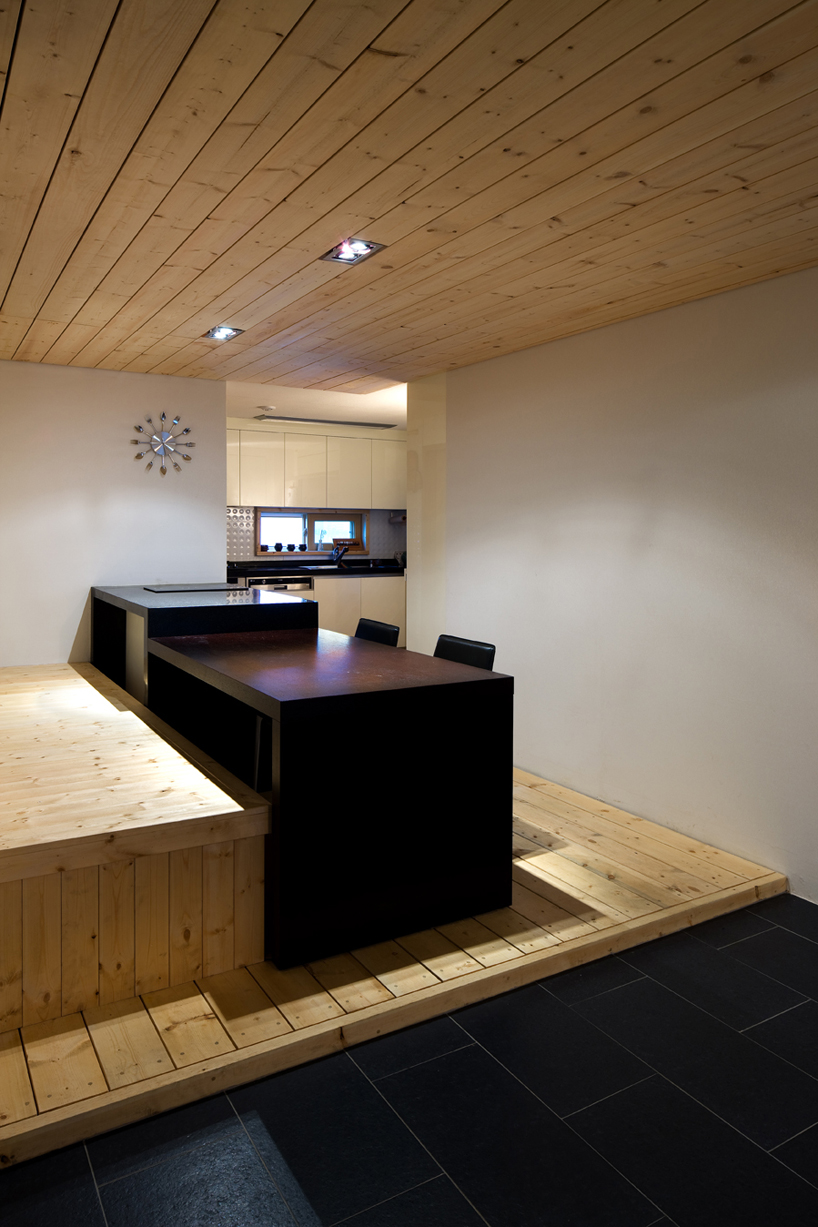 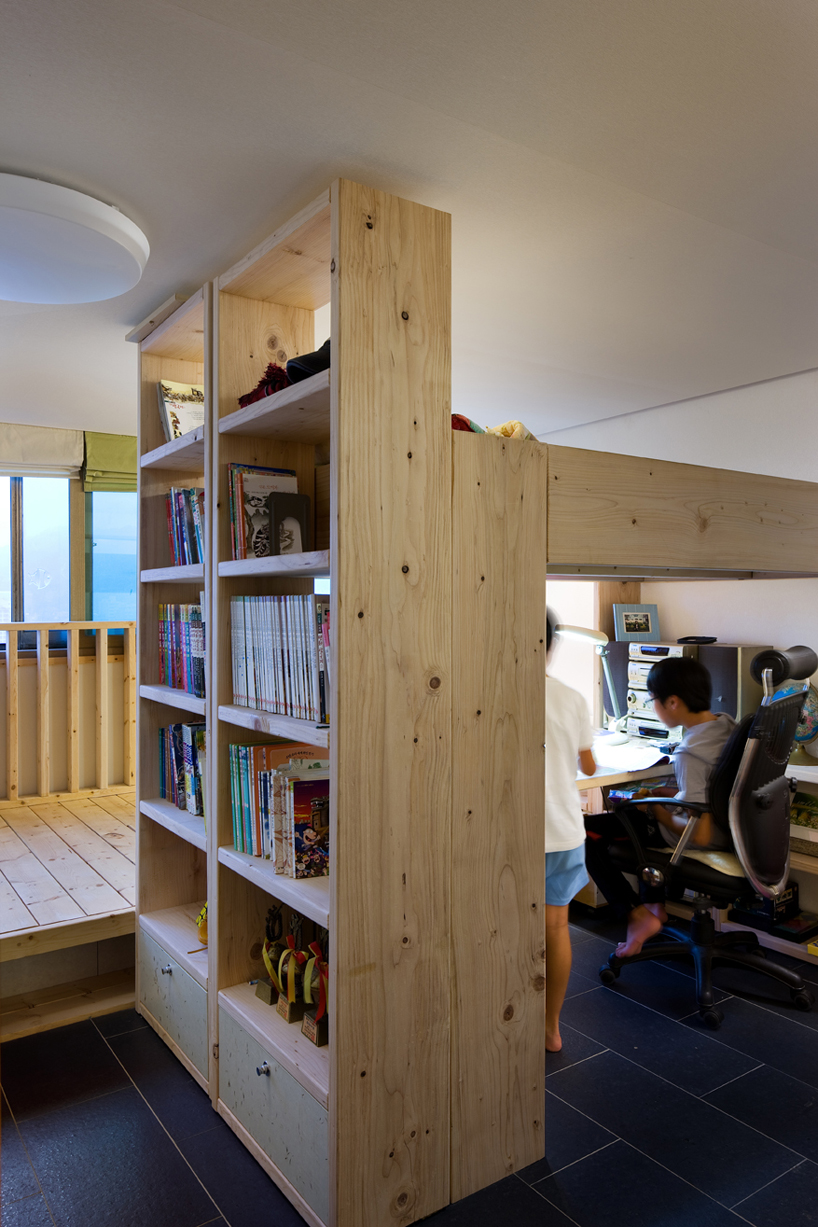 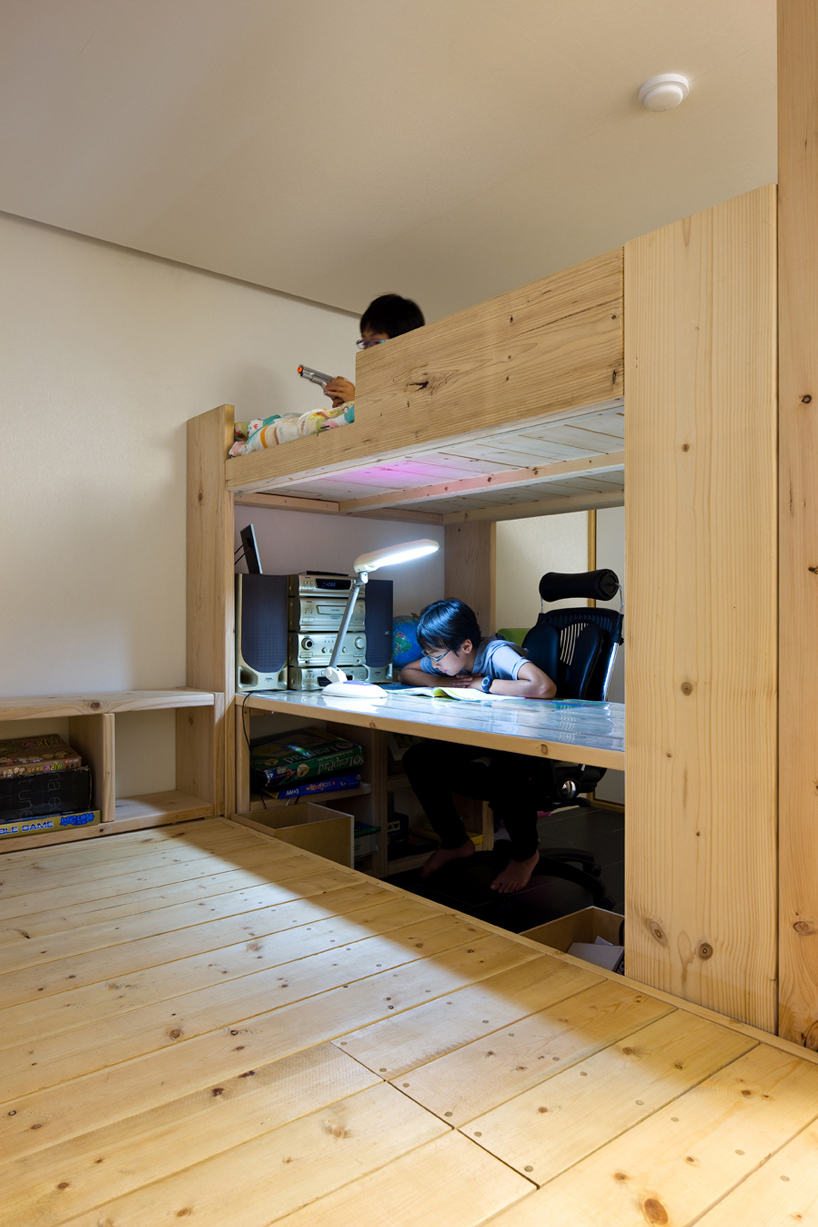 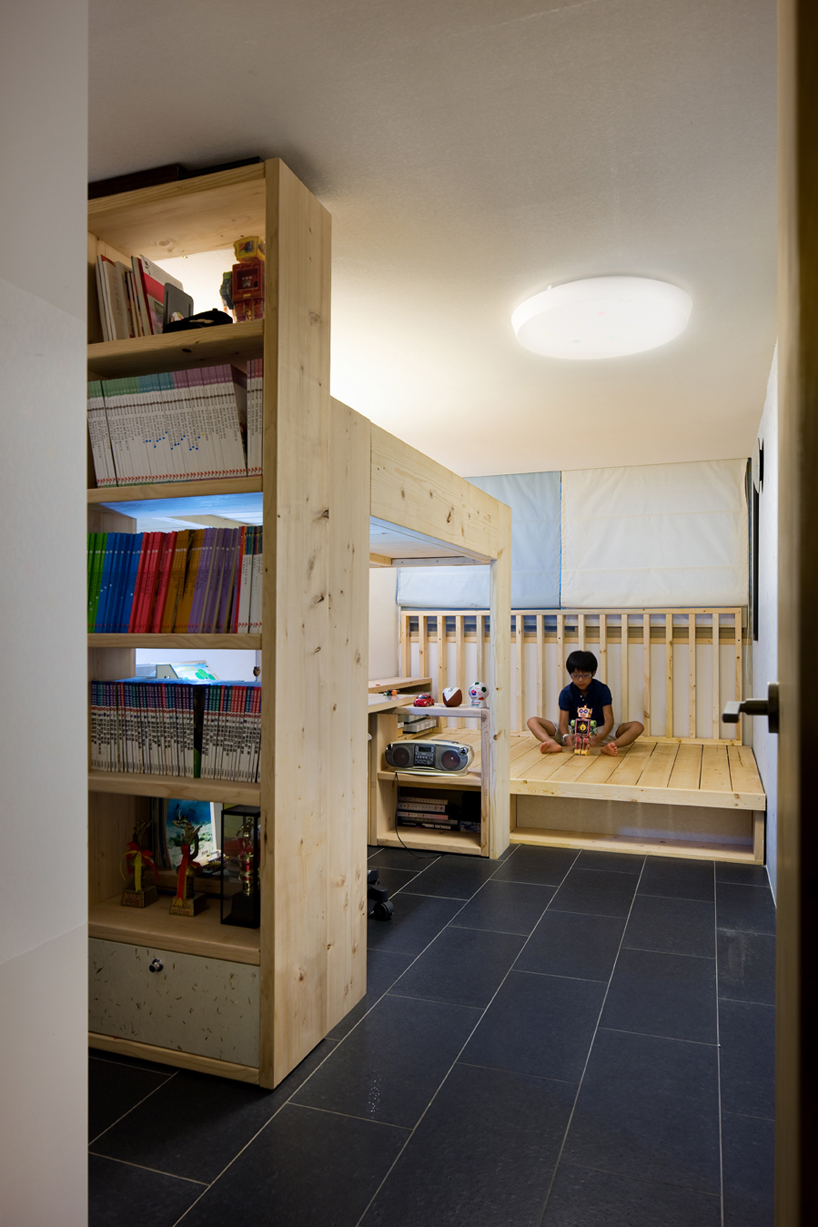 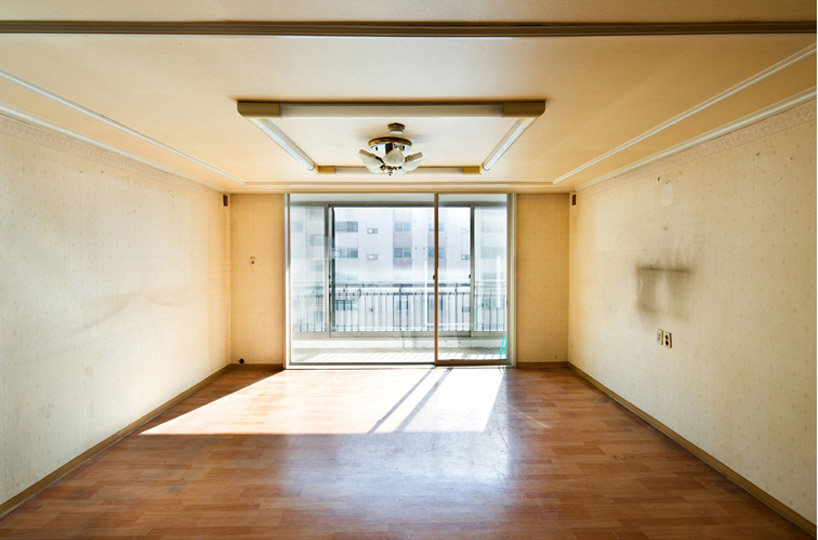 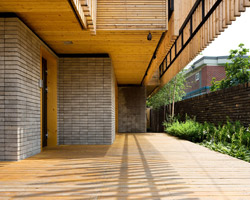 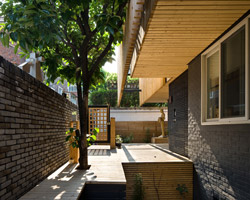