listed as finalists within the mosul postwar camp competition, kurtuluş göktaş, mohamed abdellatif, and demet karabacak present their project of the new babel tower. ‘then they said: ‘come, let us build ourselves a city, with a tower that reaches to the heavens‘ (genesis 11). 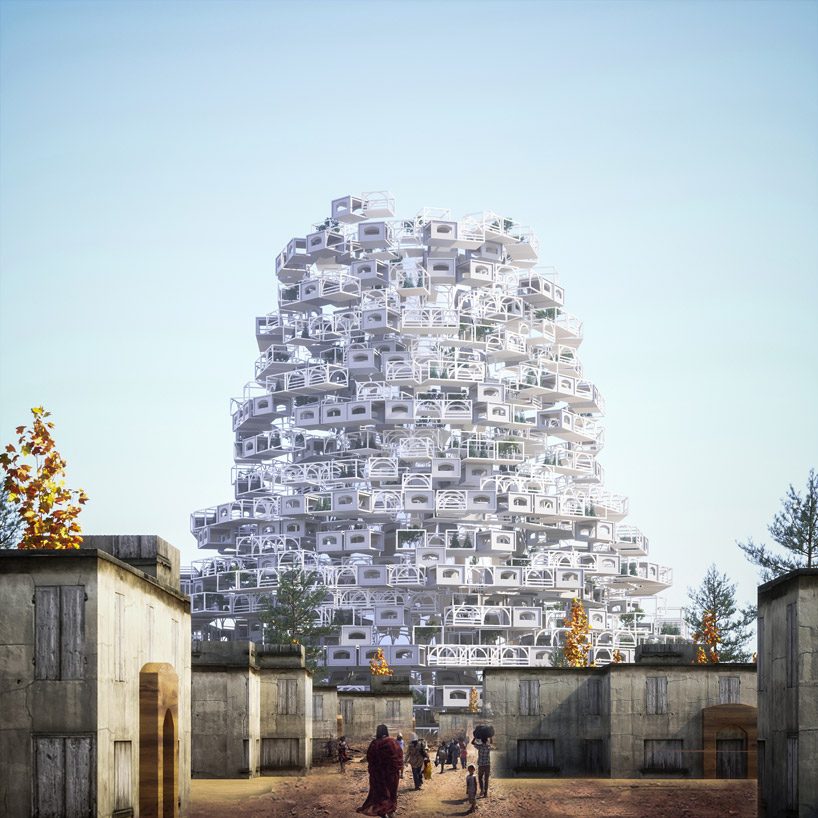 ‘hadn’t they known that that the heavens could be built on their ‘fertile crescent’ which is today unfortunately threatened by the end of its food self-sufficiency’, say the authors. the intriguing part is that both the babel story and mosul question had taken place in iraq, and their mutual point is the disagreement of people, in both stories the city was scattered. 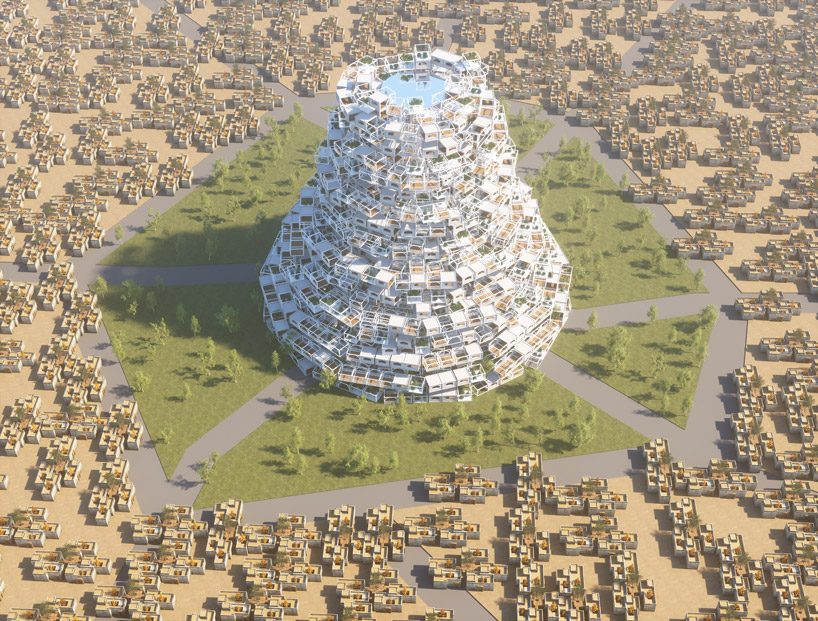 to find a solution, the project tries to create a mutual ground which creates bridges of communications between different people. the concept of ‘qantara’ has existed in the old iraqi houses which is an arched passage connecting two houses from the second floor, which offers a chance for sociability between people and shadow and rest places under it for the walkers. 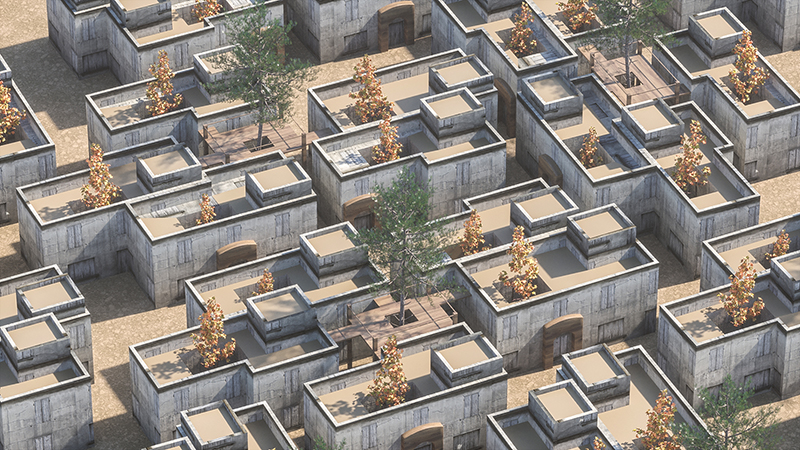 not only the new babel tower, but also the residential clusters are consist of houses connected with a qantara. the tower is to be a war monument after the people move to their houses, is put in the center, always reminding people of their past mistakes so that they learn of them. local materials were used in the design to create meaningful places to live. 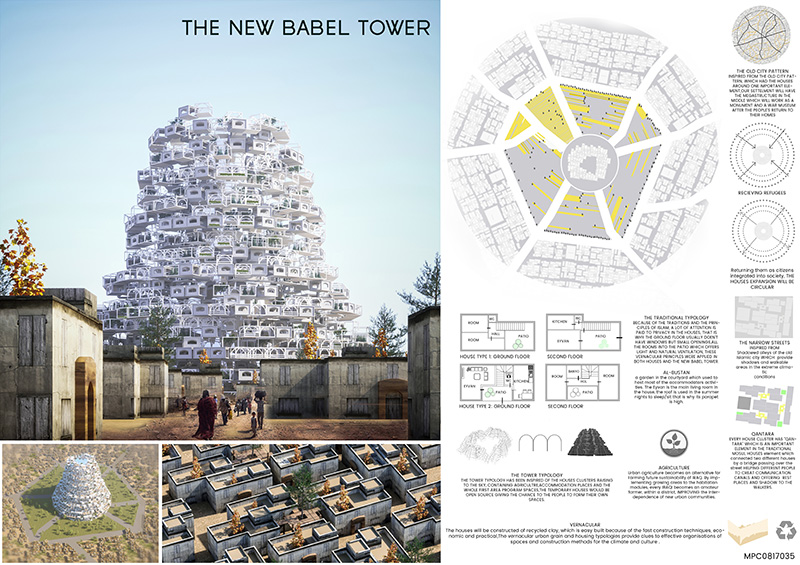