‘plus’ by mount fuji architects studio all photos © ken’ichi suzuki

japanese firm mount fuji architects studio have sent in images of their project ‘plus’, a private residence. the site is located on the mountain side of izu-san, where there is a view of the pacific ocean from the south side. the untouched wilderness, is covered with cherry and japanese oak trees, giving little level ground, however the architects saw a small possibility designing a building along the ridge.

‘ I didn’t want to just form the undulating landscape dotted with great trees as normal, nor design an elaborate architecture bowing down to the complex topography.  what sprang to my mind is a blueprint for an architecture which is perfectly autonomous itself, at the same time seems to emerge as an underlying shape that the natural environment has been hiding.  it’s abstraction of nature, to say.‘ – harada masahiro

the architecture was realized by crossing two rectangular parallelepipeds at right angles. the lower one contains private rooms and a bathroom, and sticks half of the body out to the existing narrow level ground. the upper one incorporates a salon and kitchen, and lies astride the lower one and the mountain ridge. one axis of the cross stretches toward the pacific ocean on the south, and the other, the forest of japanese oak and some white birch on the west. water-polished white marble was chosen as the interior finishing material thus creating a delicate continuous landscape of light which suggests the character and usage of the space. the  exterior is also finished with white marble. 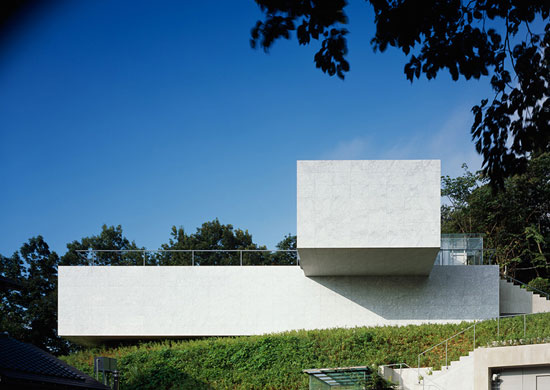 the private residence is used for a weekend getaway 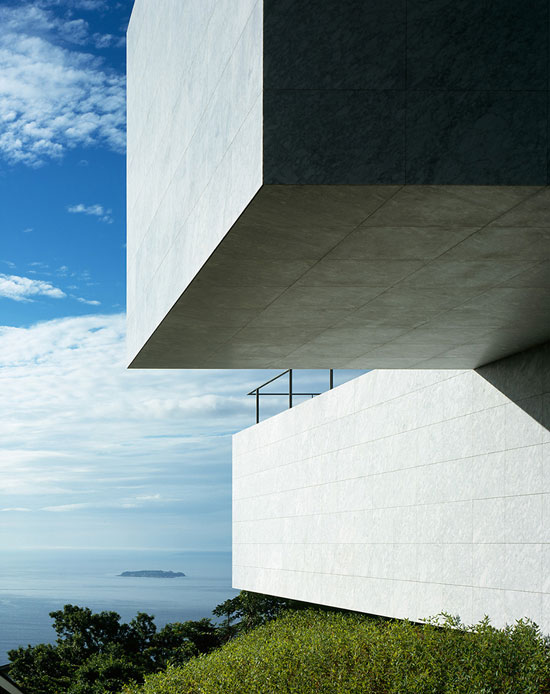 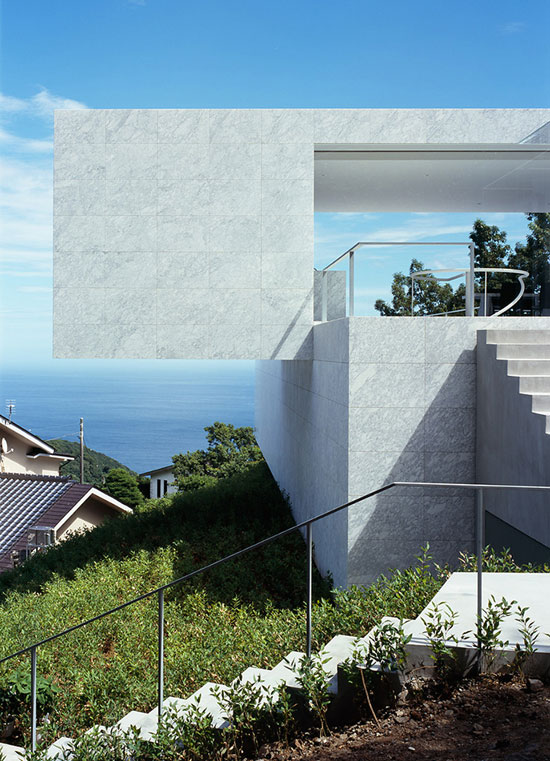 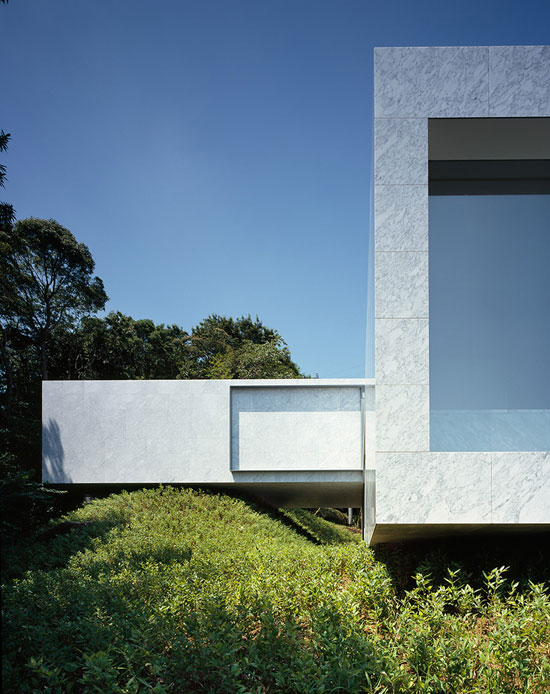 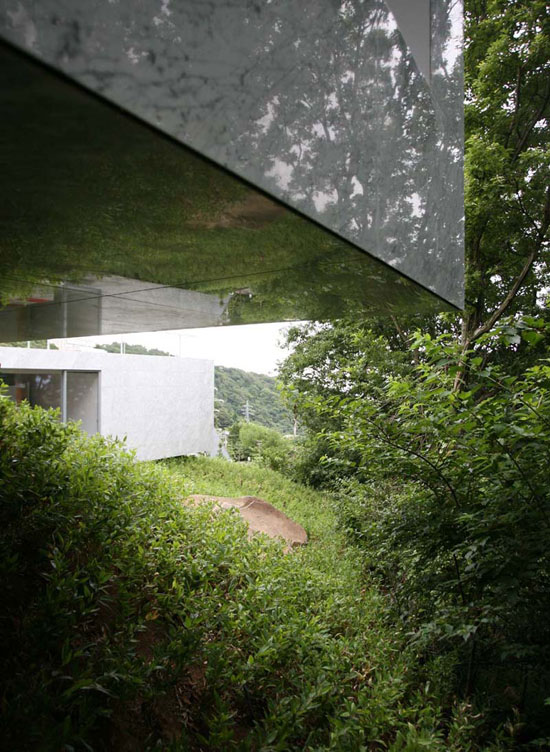 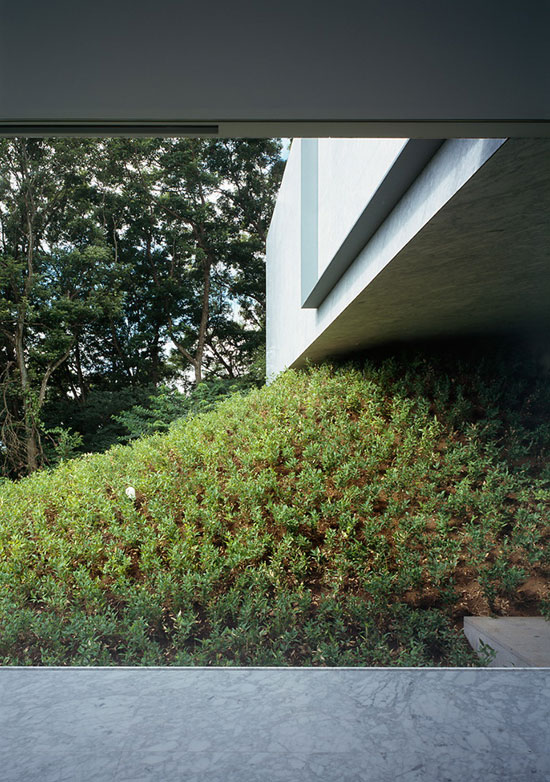 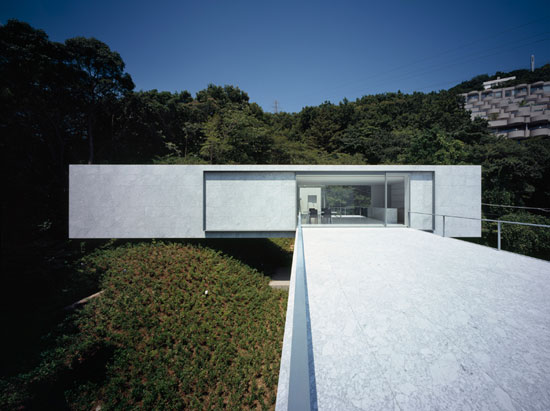 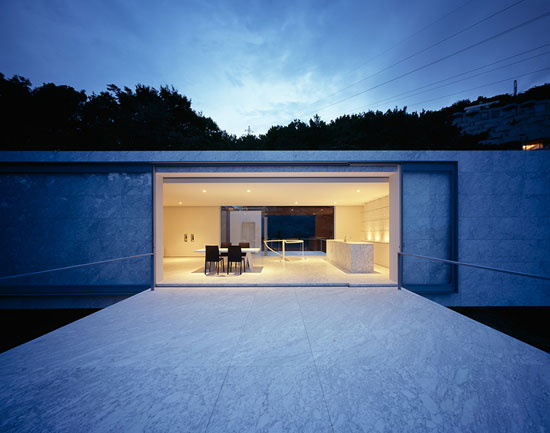 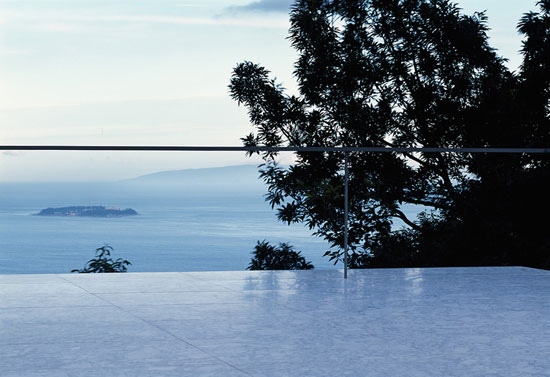 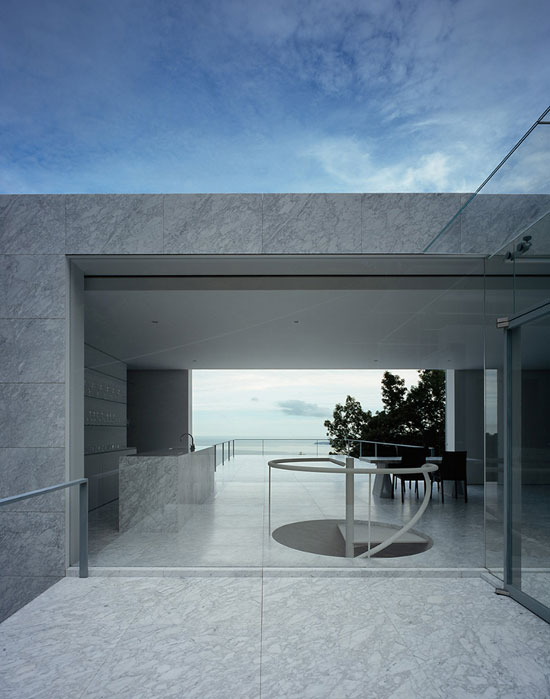 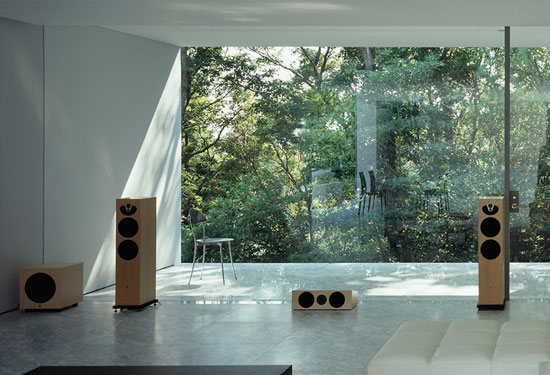 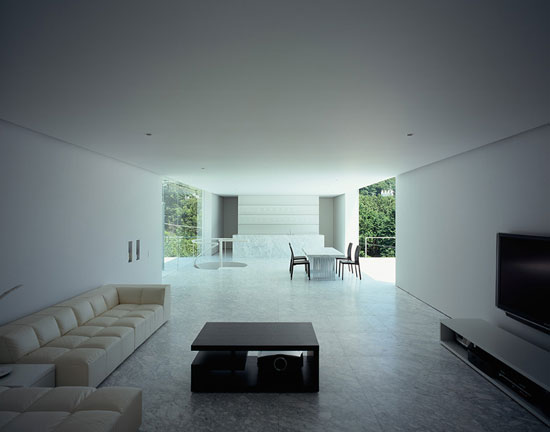 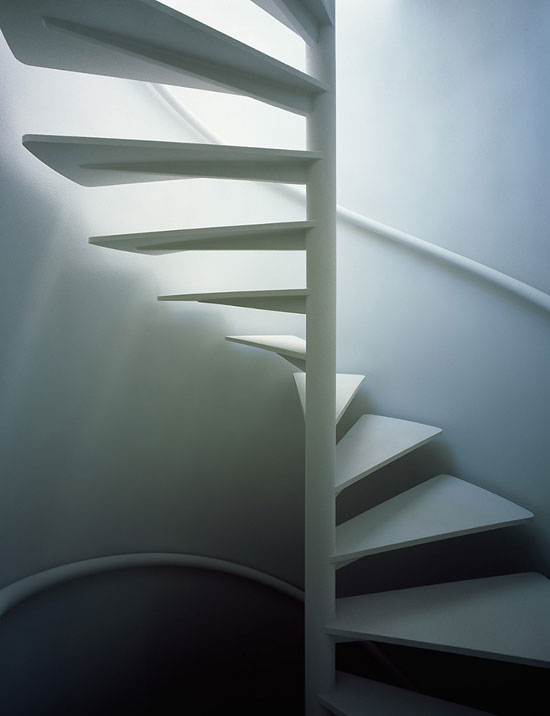 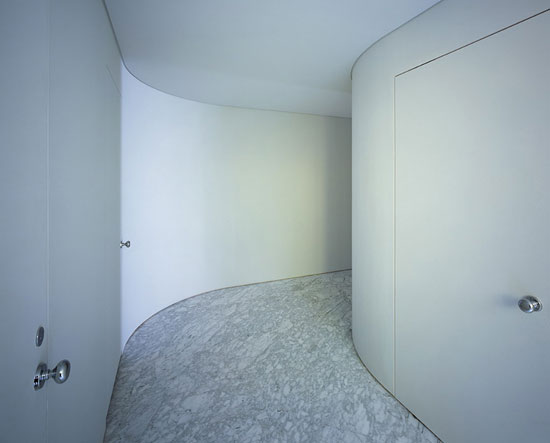 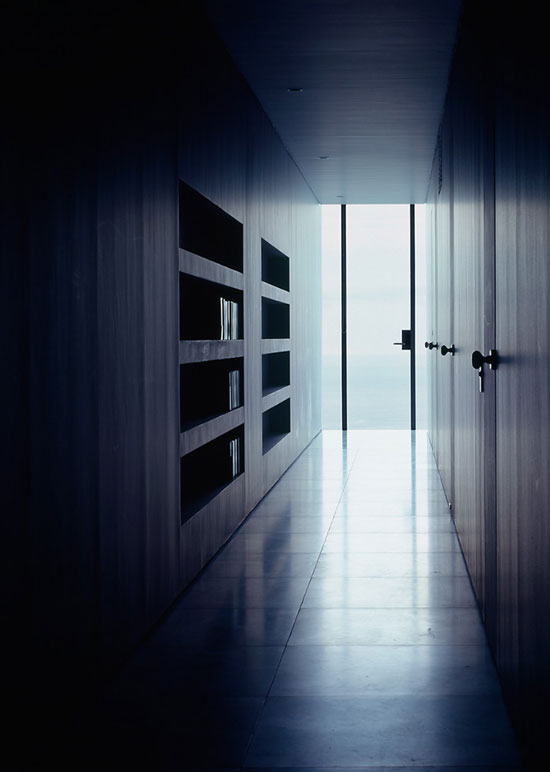 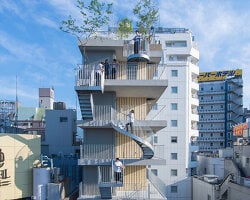 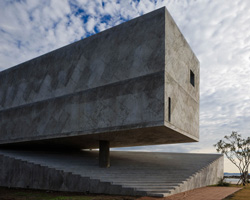 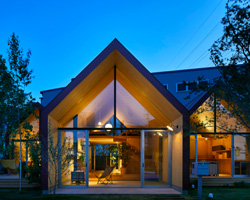 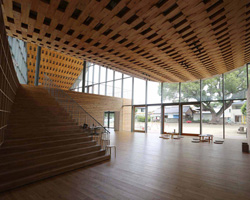 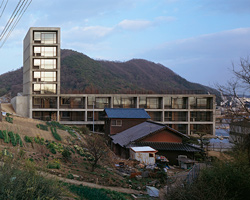 Mar 01, 2021
ODDO architects incorporates round window into the brick exterior of VH house in hanoi
the house consists of three separate brick volumes set above a continuous living space on the ground floor.
architecture
719 shares
connections: +3430