vêtements weill a pioneer of the french ready-to-wear industry, celebrated its centenary in 1992. today, the brand is undergoing a major upgrade, in which architecture plays a key role. with several departments relocated outside of paris, the company needed to reconsider the use of the extra space, no representing almost 50% of the total floor area.

weill employed moussafir architectes for this task in which the firm was faced with a three-fold challenge: to increase the building’s cost efficiency by redistributing its 5,000 m2 between the company’s offices, a retail store and a number of leasable commercial spaces; to reinforce its brand image through a new architectural identity; and to redesign the vertical circulations already in place, according to the contemporary standards of accessibility and fire safety. 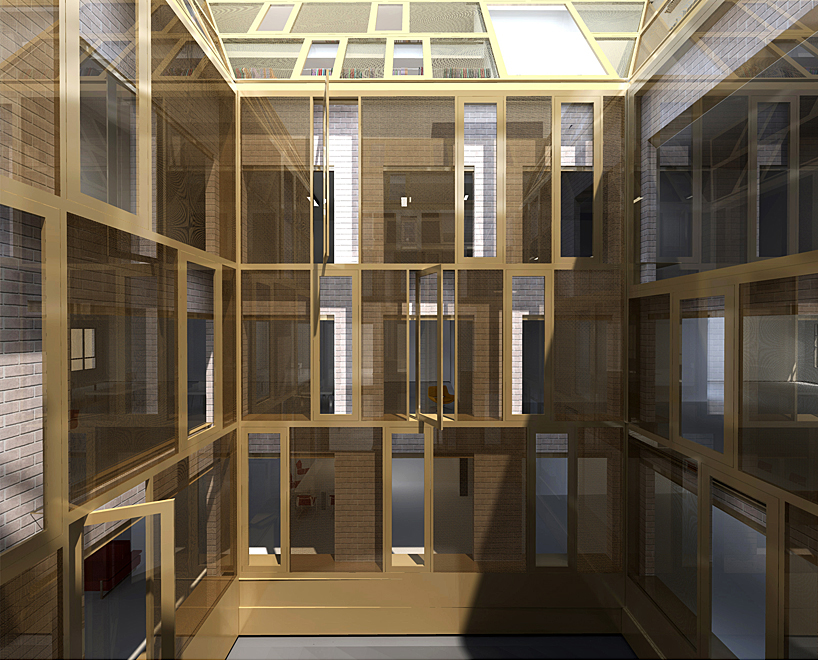 the architects have suggested placing the headquarters on the upper two floors of the space which were originally intended to serve as production workshops. generously lit by the sun, this zone offers views of the sacré coeur basilica and is the focus of the renovation project. 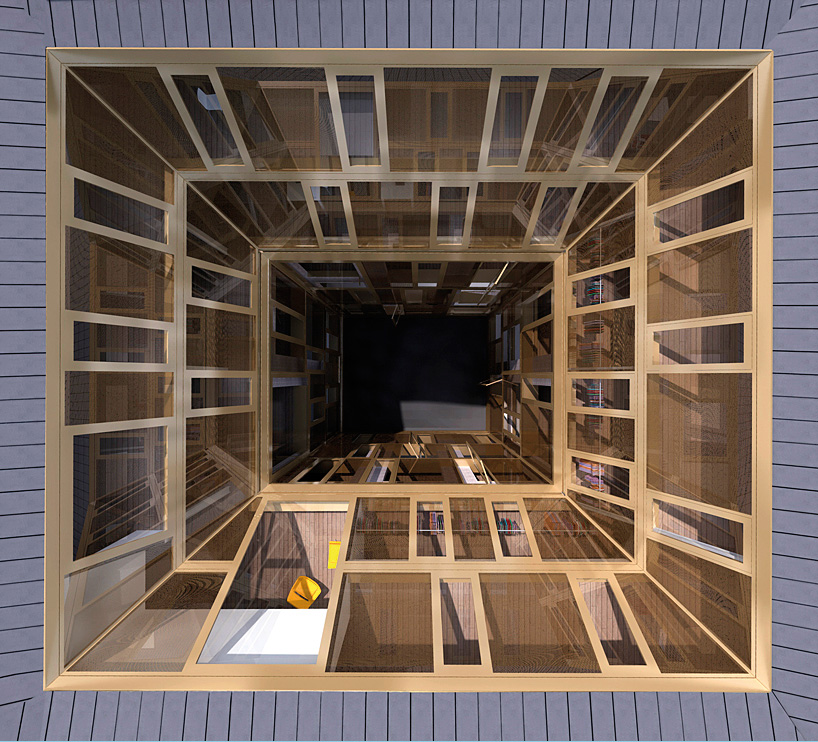 concealed behind the faithfully restored street façades, the main architectural action unfolds around a central courtyard identified by moussafir as the ‘hearth of the building’. here the architects reactivate the existing structure by introducing a curtain wall that preserves the rigorous geometry of the rectangular courtyard, extending it skywards. constructed from glass and bronze, this feature displays a serigraph pattern whose opacity increases towards the upper floors to provide a sunscreen that reduces indoor heat gain during the summer months. 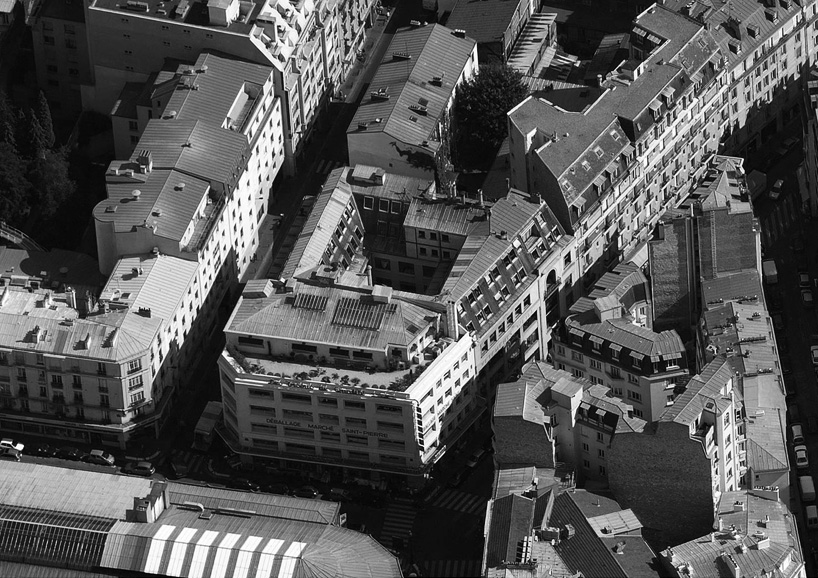 aerial view of the ‘weill building’ before renovation

the property’s industrial character is highlighted by exposed brick and a metal framework; the tall windows of the curtain wall, measuring up to 4 meters high, echo the scale of the full-height openings in the brick façade, now liberated from the window frames

as evidenced in other projects by moussafir architects, the façade of the ‘weill building’ is treated not as a surface, but as a three-dimensional space that equally belongs to the interior and exterior. the glass and brick partitions are connected by a timber structure that clings to the inner windows and penetrates inside where it morphs into a series of full-fledged furniture items: storage elements, seating and display units. 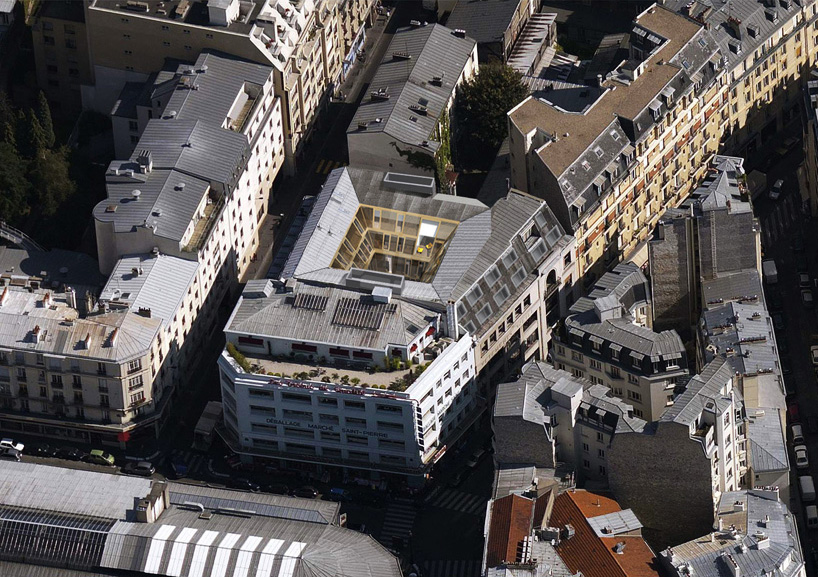 aerial view of the ‘weill building’ after renovation 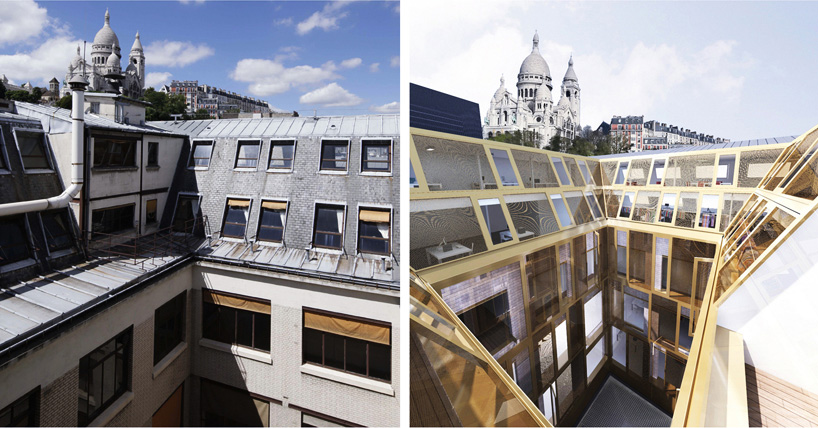 the courtyard before and after renovation 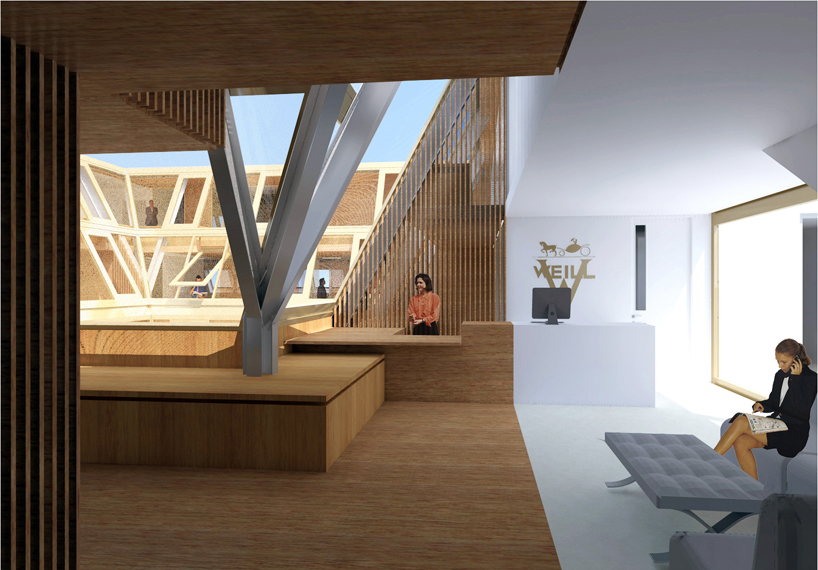 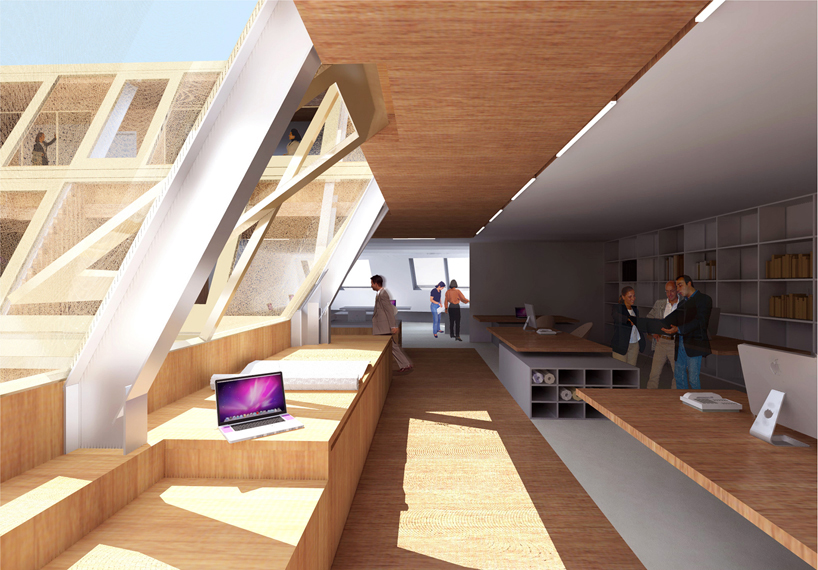 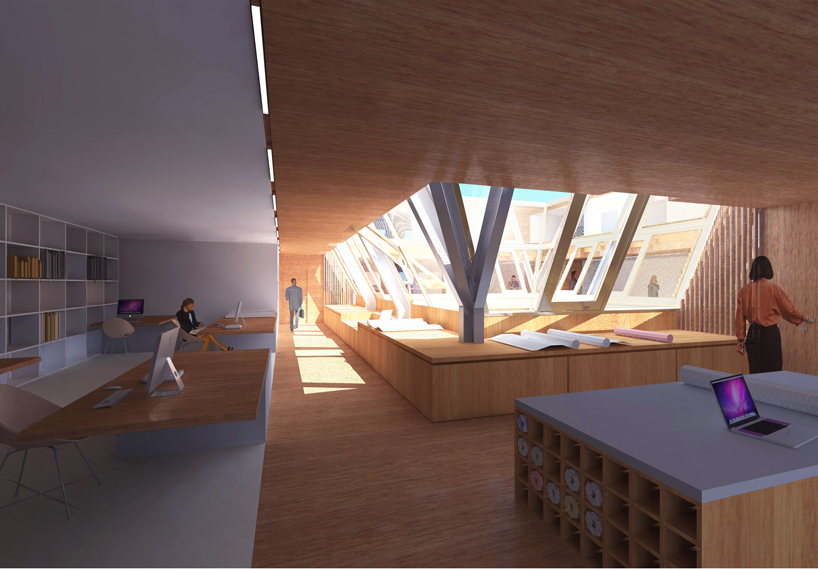 a band of timber lining runs along the floors and ceilings, as if inviting the façade deeper inside 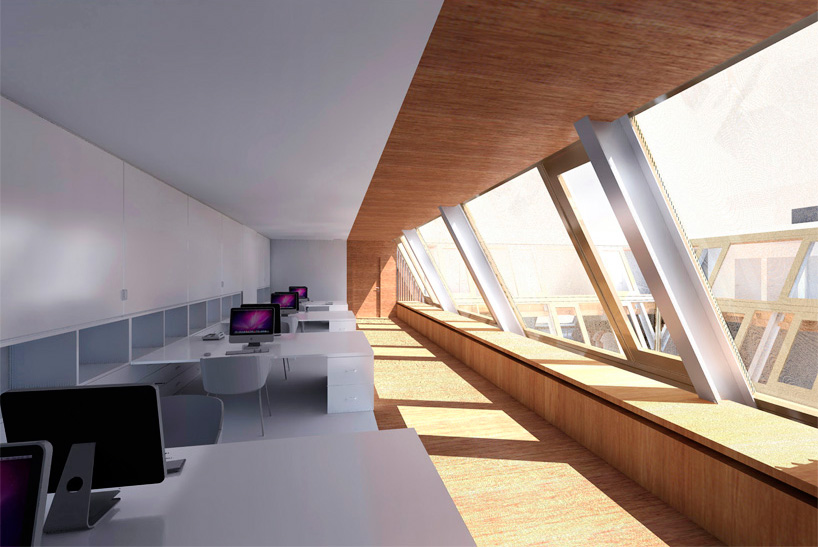 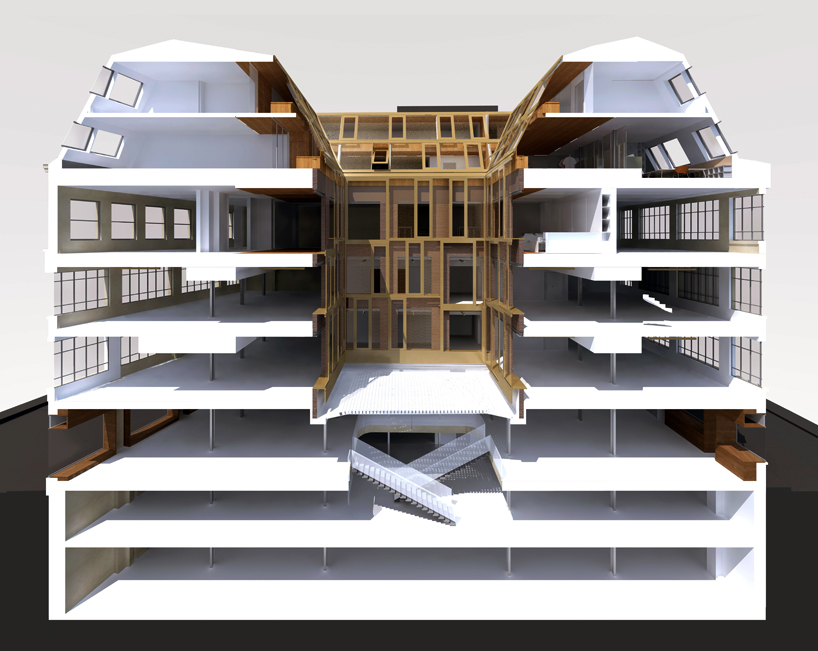 section model of the ‘weill building’

the company’s management offices and showroom will occupy the top three floors of the building; the 1st and 2nd will accommodate rental offices; while the ground and basement levels will be shared between weill’s own prêt-à-porter store and a retail space for lease. 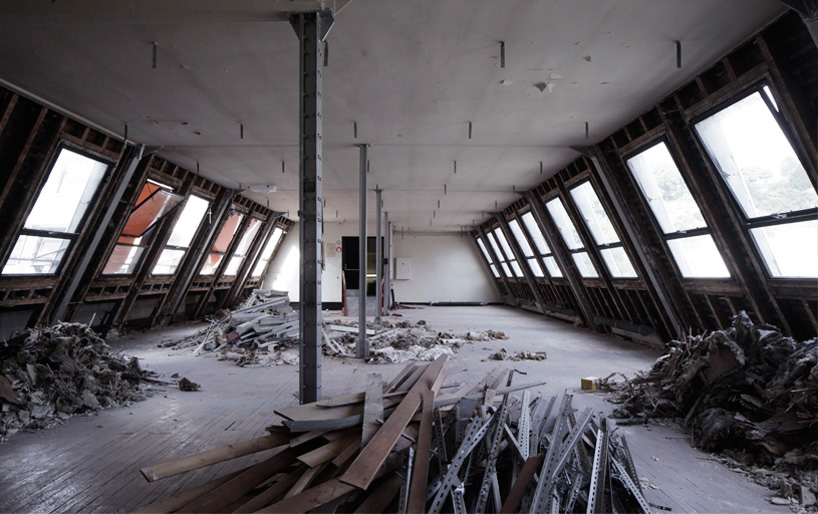 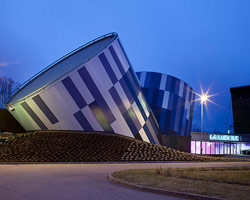