on a rounded street corner in a university town southeast of berlin sits the second-oldest operating cinema in germany. dubbed the ‘world mirror’, the historic movie house was an apartment building in 1907 until local architect paul thiel’s conversion design was realized posthumously. after world war II, the facade was restored and anamorphic widescreen playbacks were installed stage-side; it was one of the few remaining ‘kinozweckbauten’, movie theaters, to emerge relatively unscathed from the german reich cities. centered around preservation of a monumental gold ceiling, stuttgart-based designer alexander fehre has given the space a new life with dramatic, curved interiors and linear patterns of LED lights. the single-hall 520-seat cinema now boasts 2 more annexed sleek screens with 80 seats each. 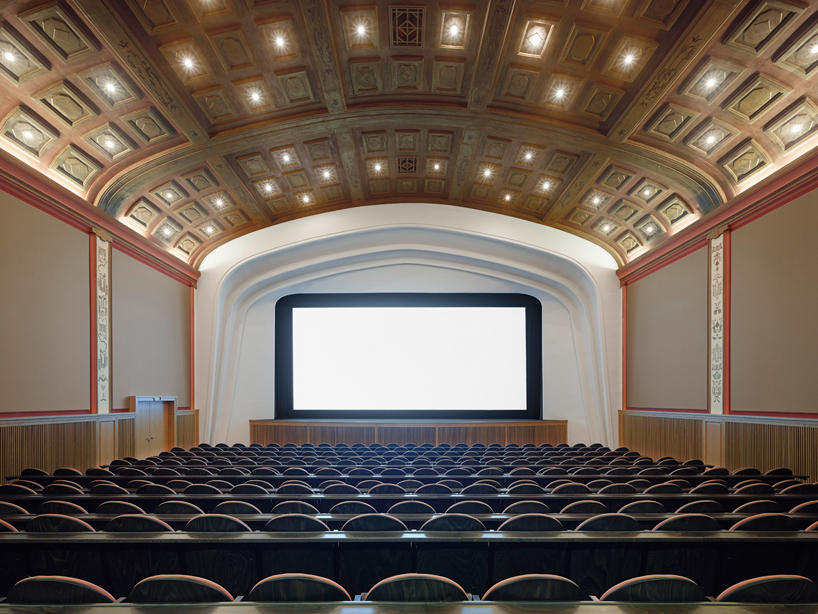 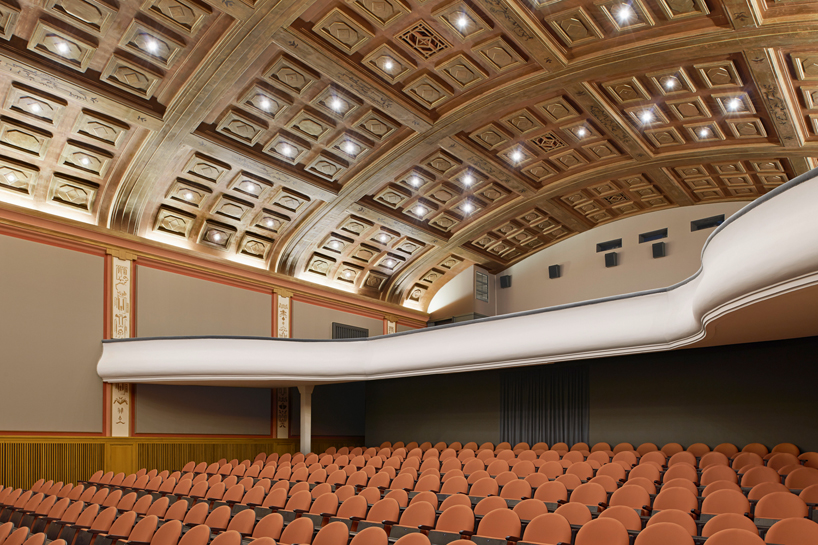 the golden ceiling in the great hallimage © zooey braun 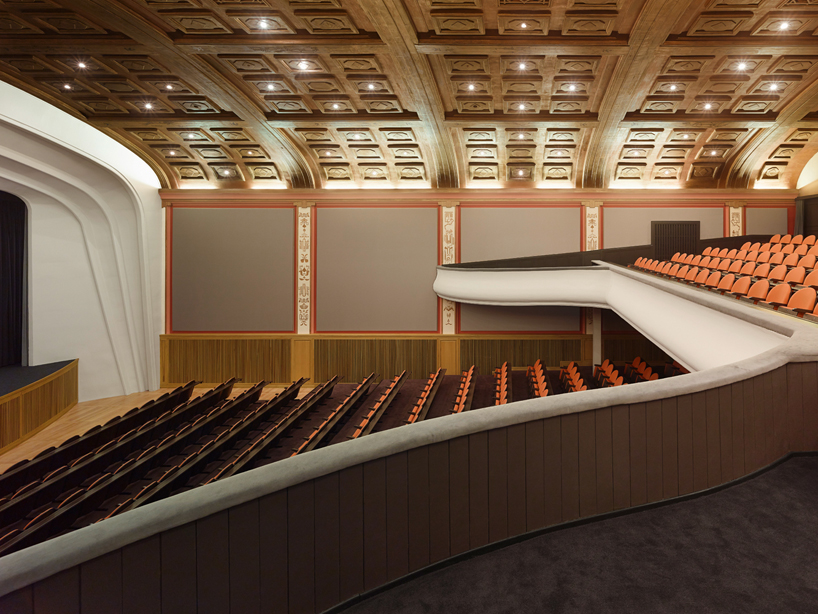 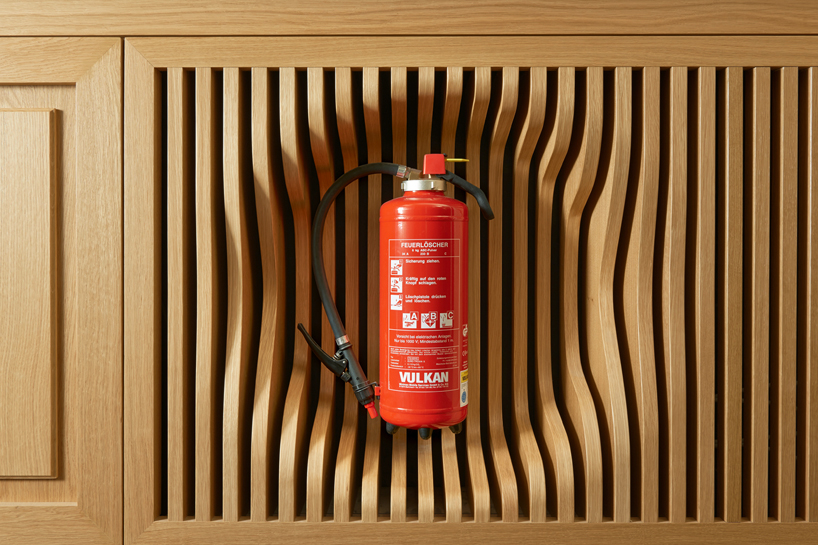 functional utilities are integrated into the design image © zooey braun 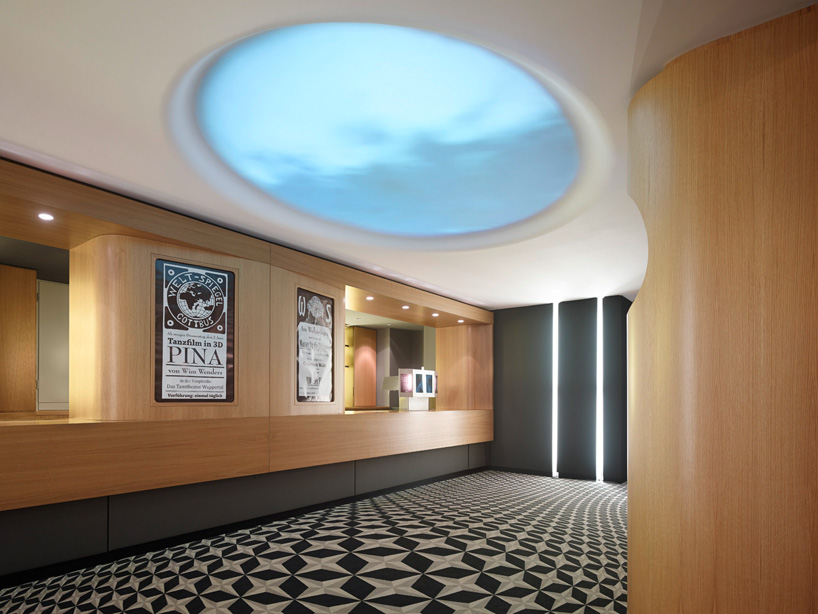 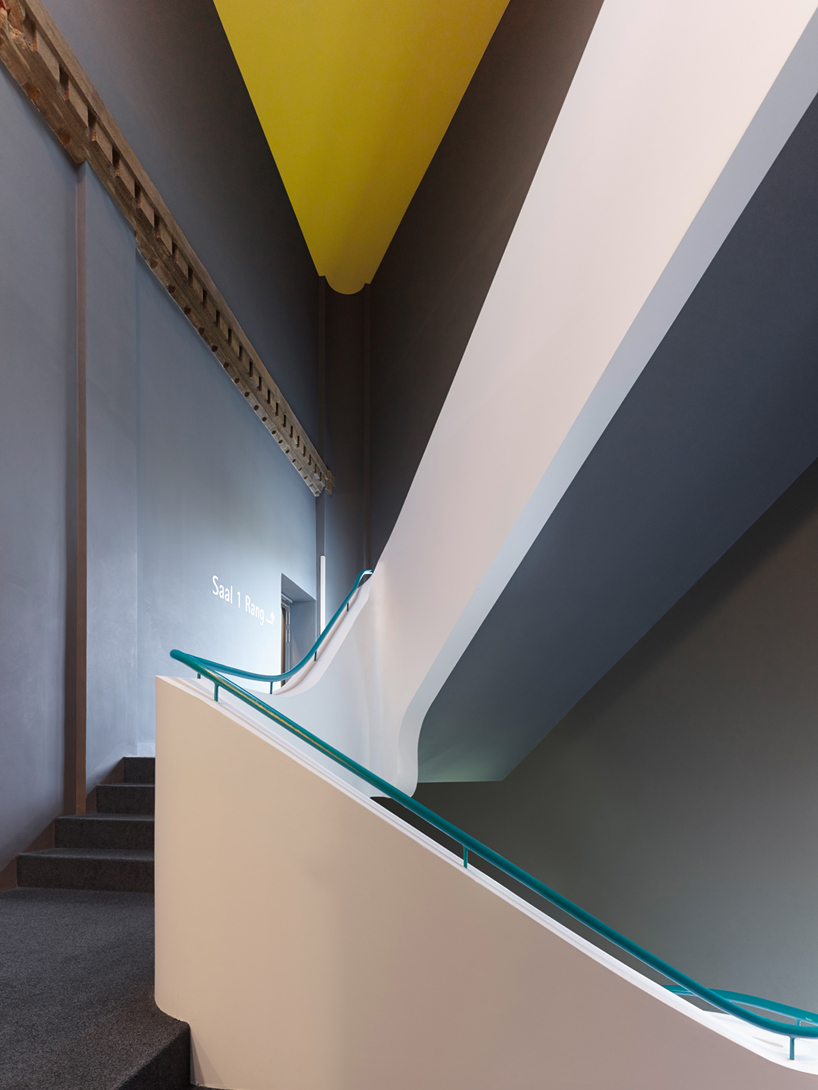 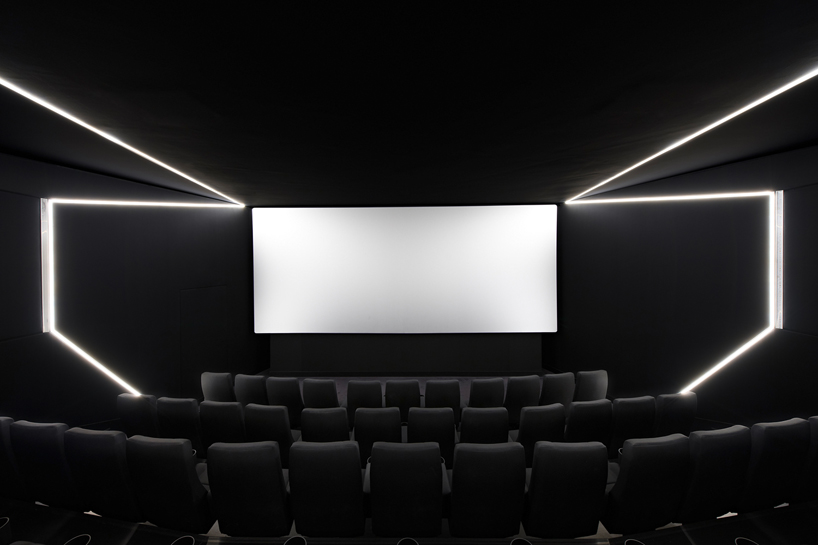 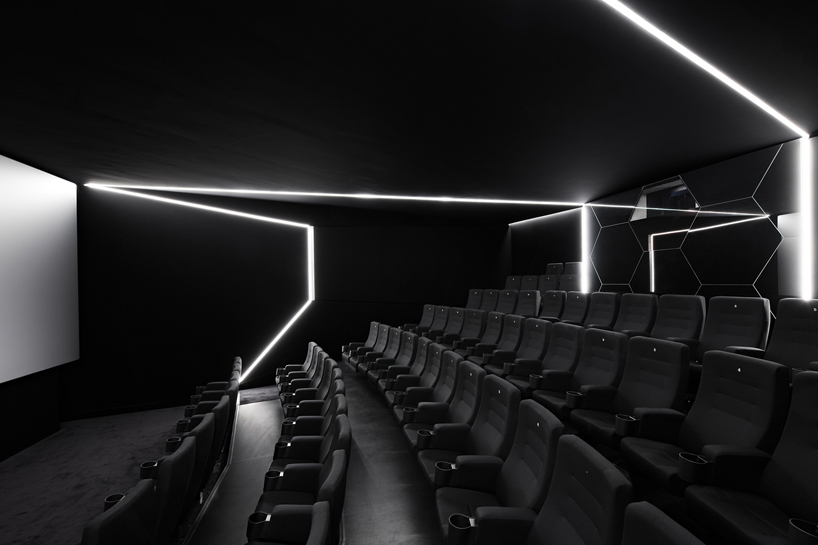 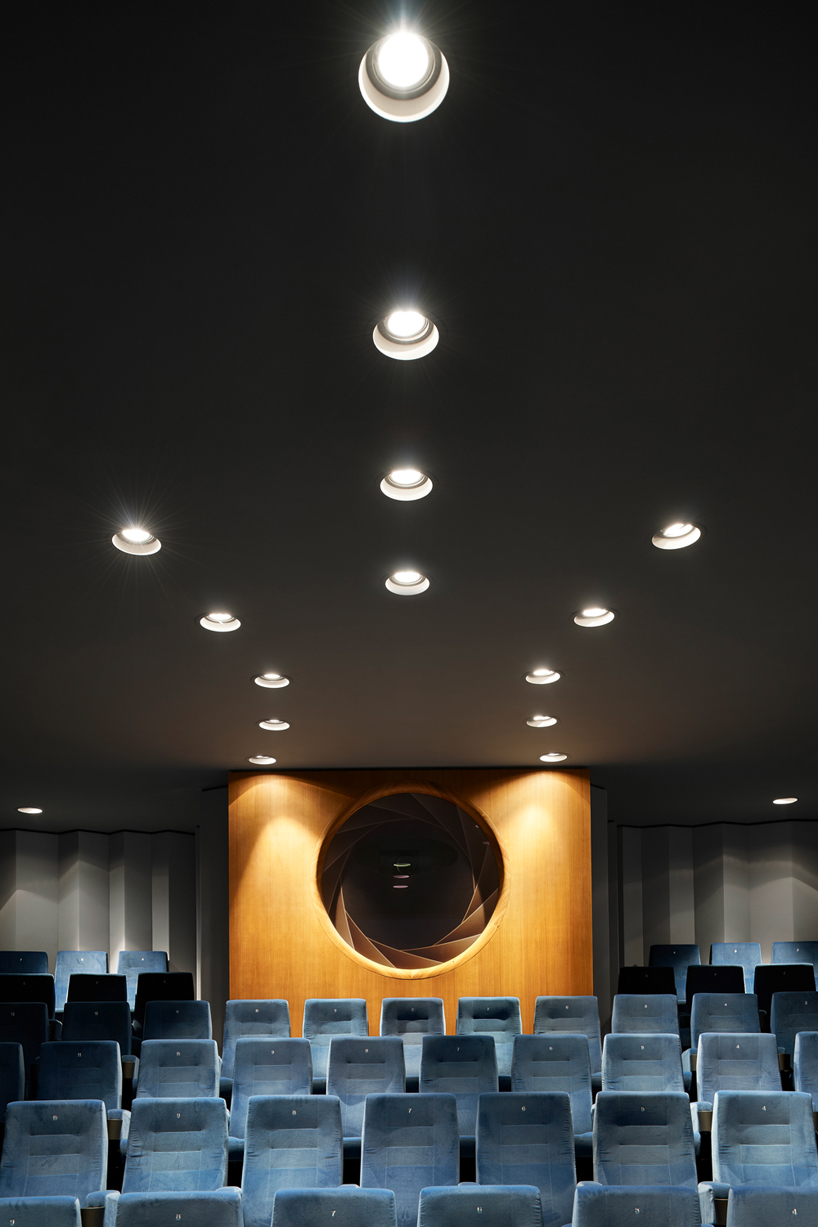 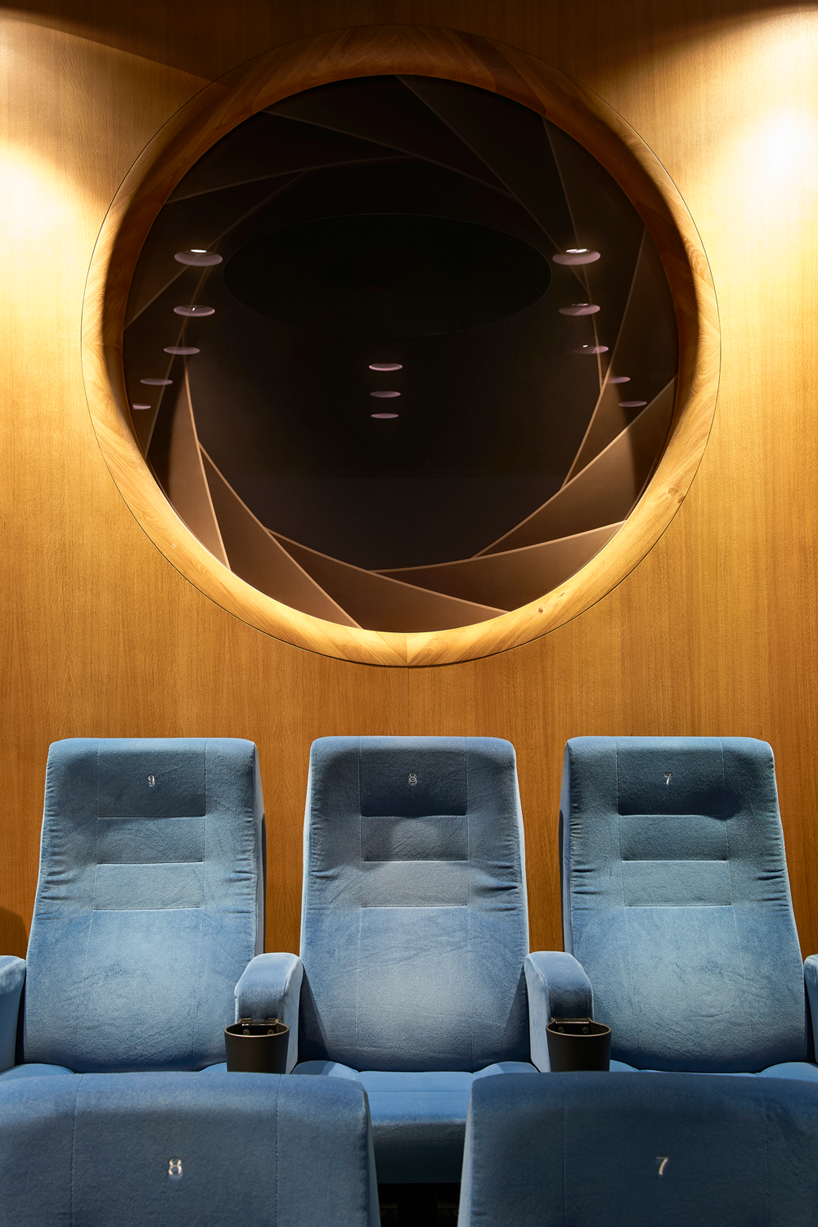 the projector beams through the round opening image © zooey braun 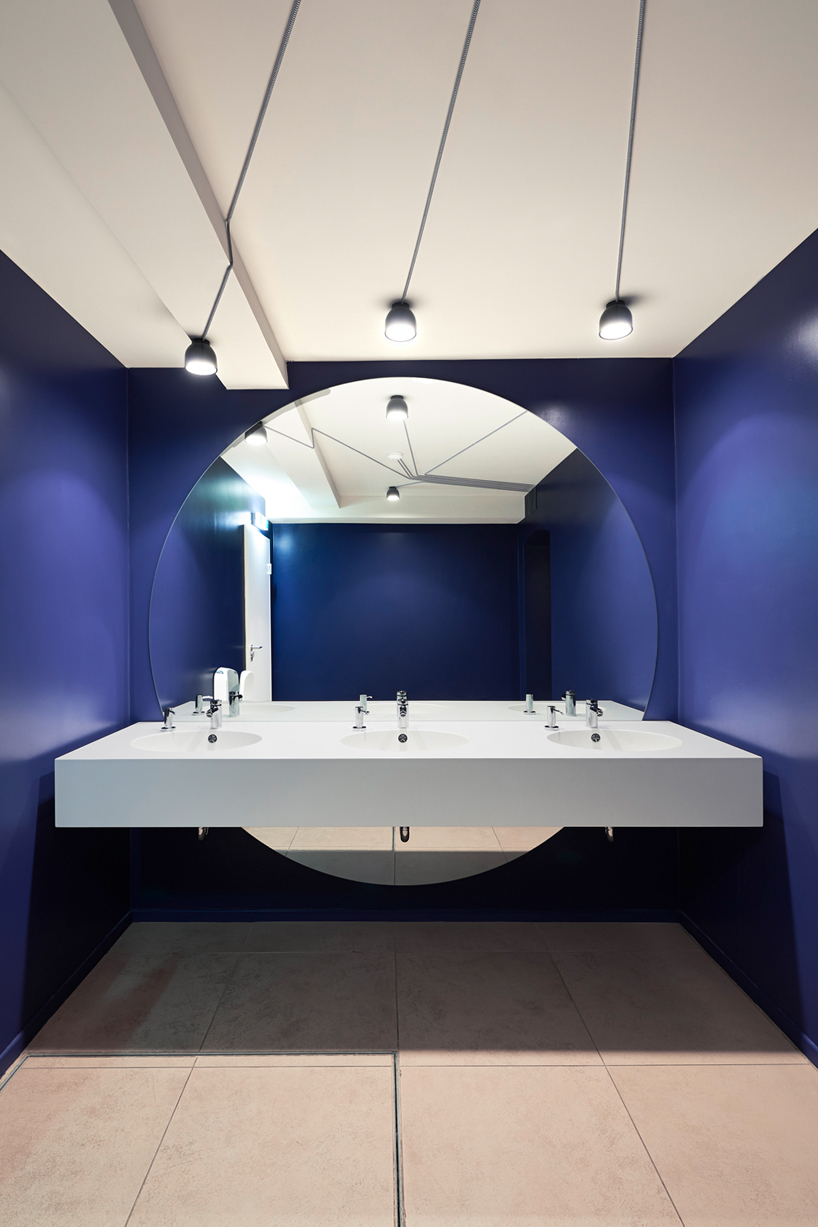 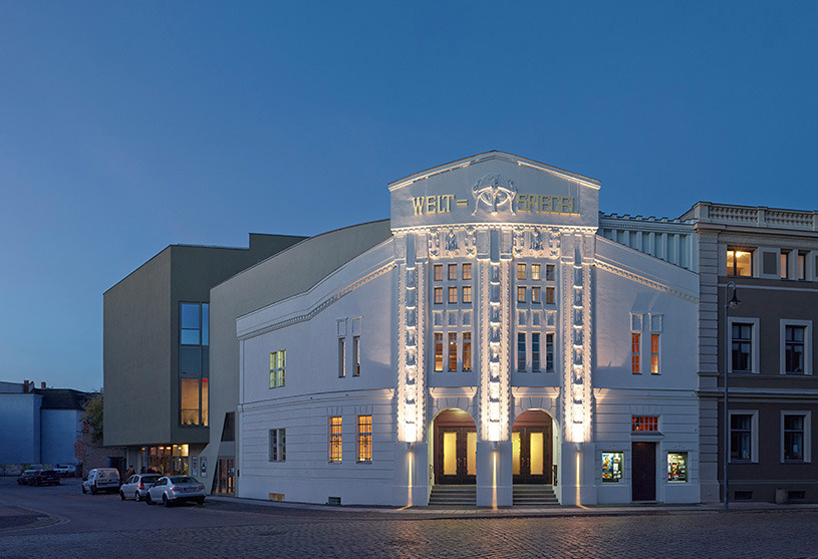 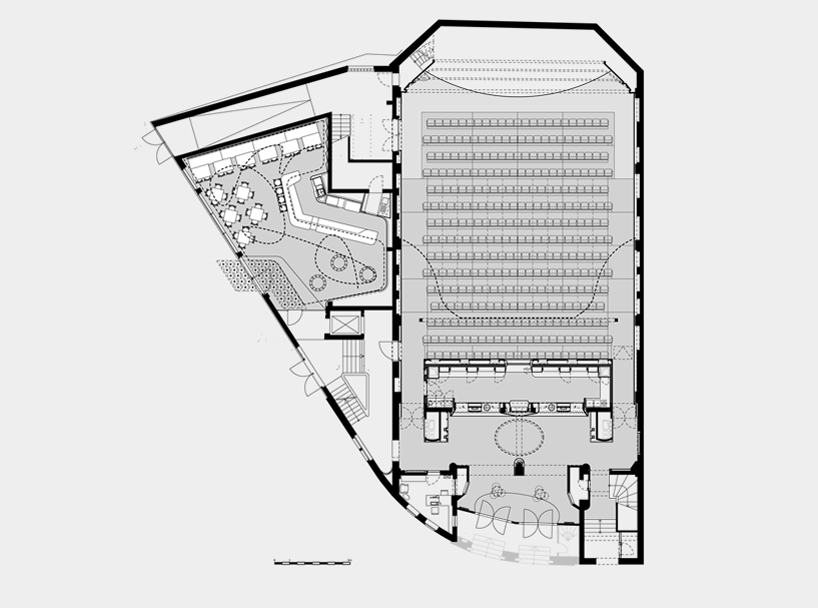 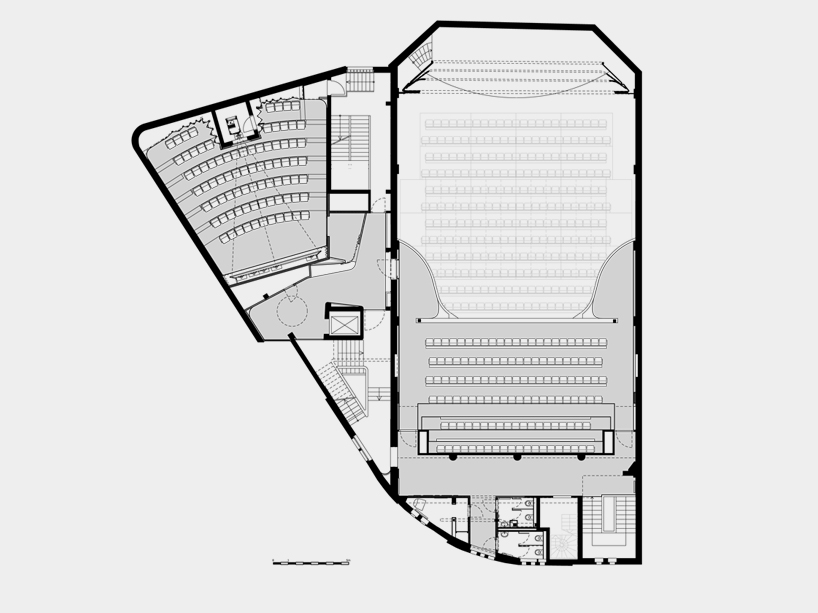 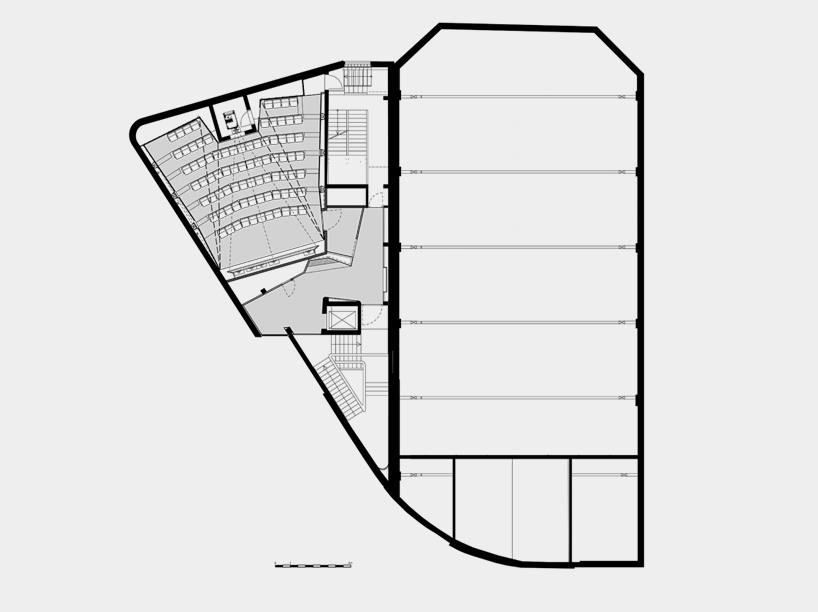 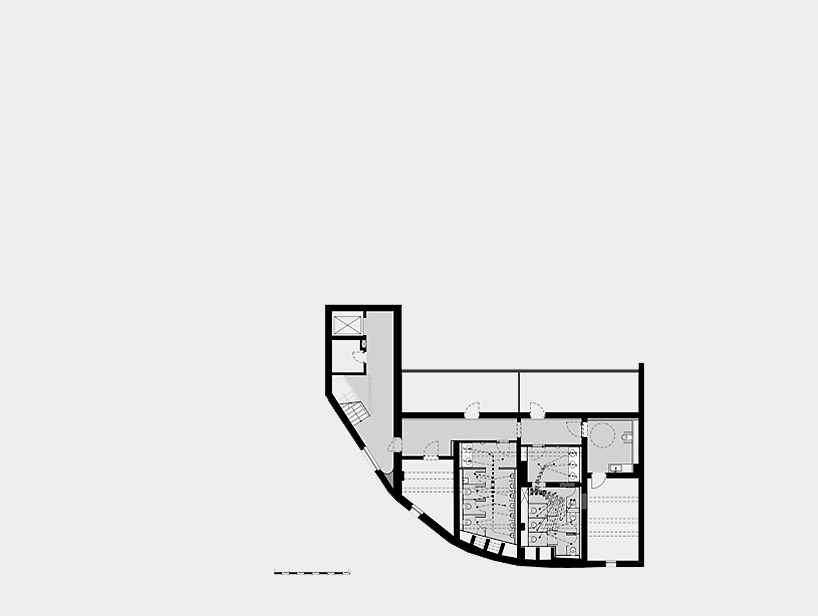