‘MuMAC’ museum of coffee machine was designed by paolo balzanelli owner of arkispazio and valerio cometti founder of valerio cometti+v12 design to celebrate the 100th anniversary of one of the most international java machine manufacturers cimbali group, through its established brands lacimbali and faema.located a few miles south of milan, italy, the previously restored warehouse showcases an exhibition area and open space suitable for events and gatherings centered around the culture of the roasted drink. the interior narrates a story that spans across 100  years, recounting the history of the objects within the 1800 square meter structure. 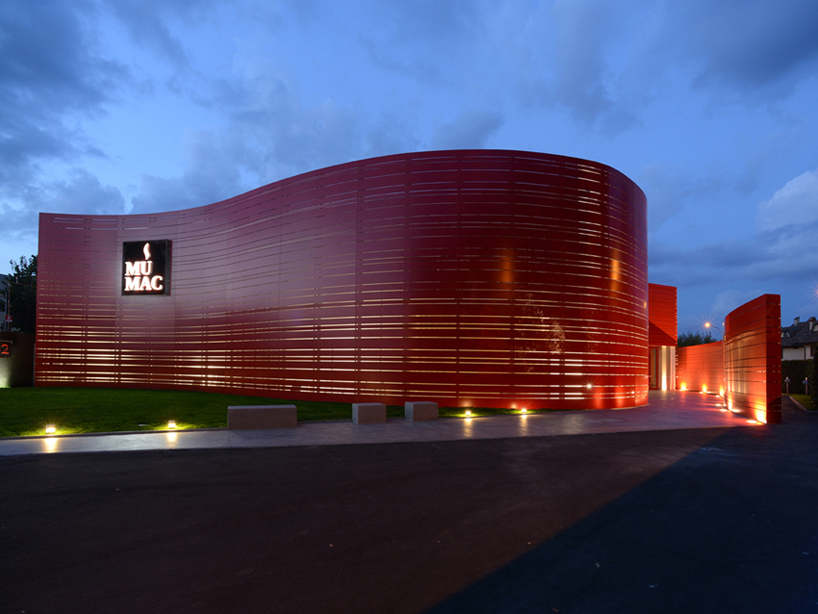 the facade has been rendered with ‘lacimbali red’ slats made of a composite material to create a motif that expresses the flow of aroma which stems from a coffee cup. lighting has been positioned to establish a back-lit grid of illuminated energy. the internal garden is limited by a coffee-colored wall that is marked by nine trees which are divided into 10 equal spaces: ten decades of the century that symbolize the life and the achievements of cimbali group. 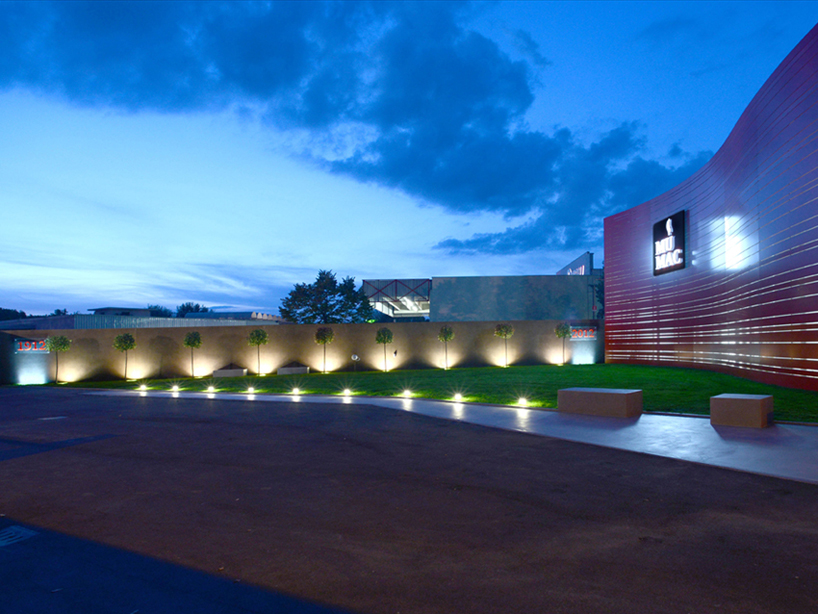 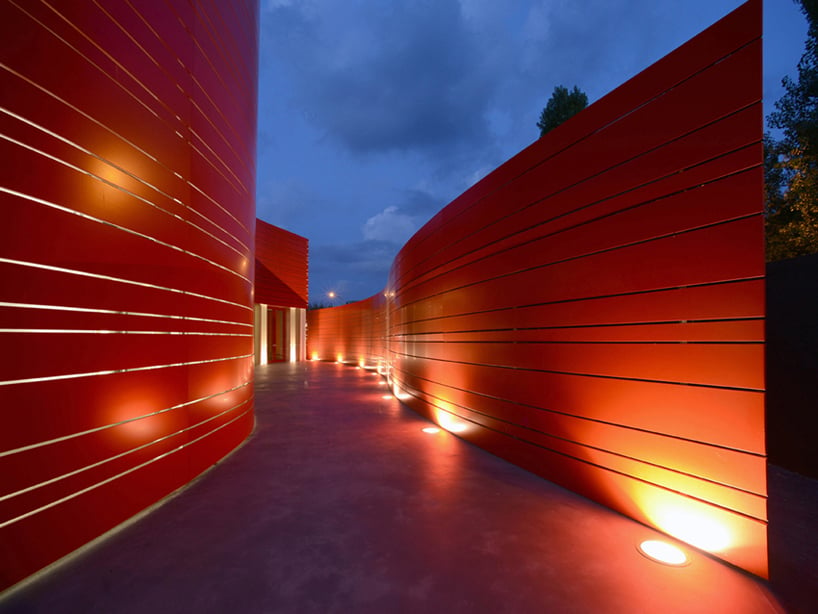 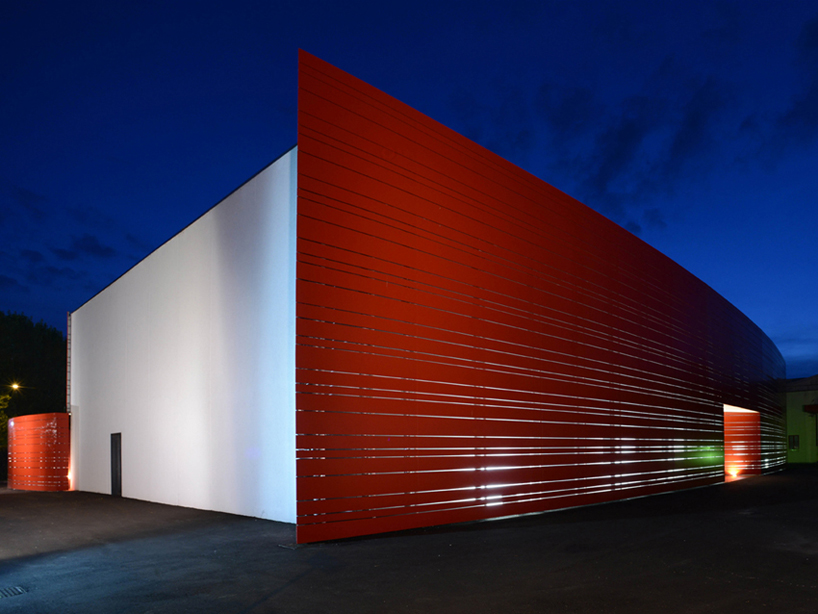 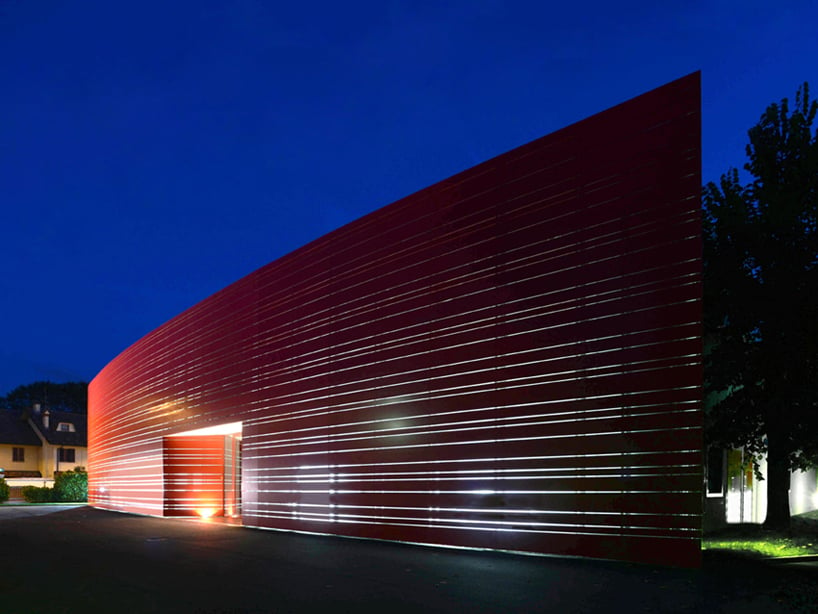 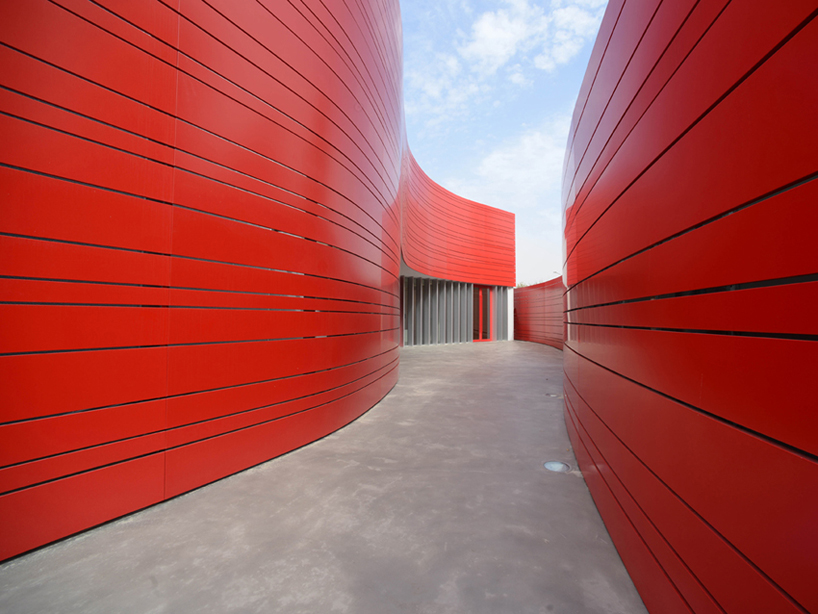 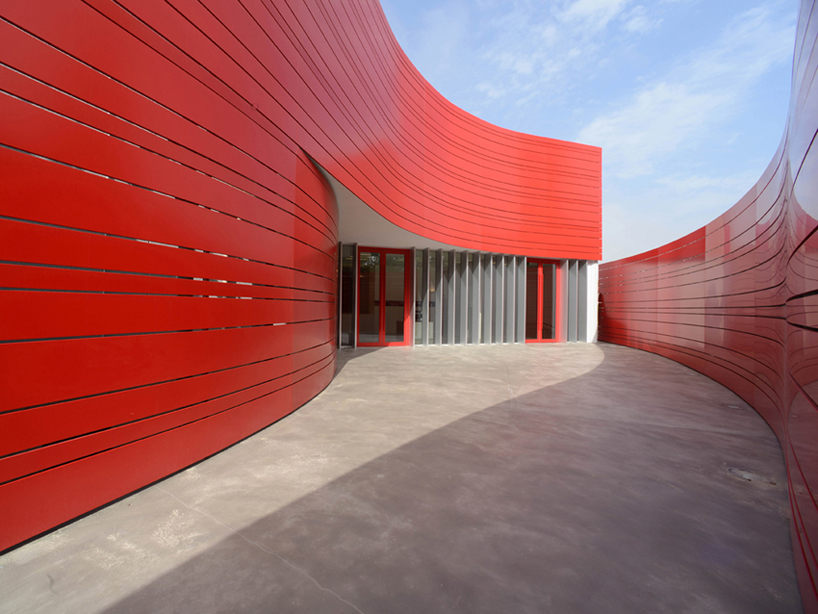 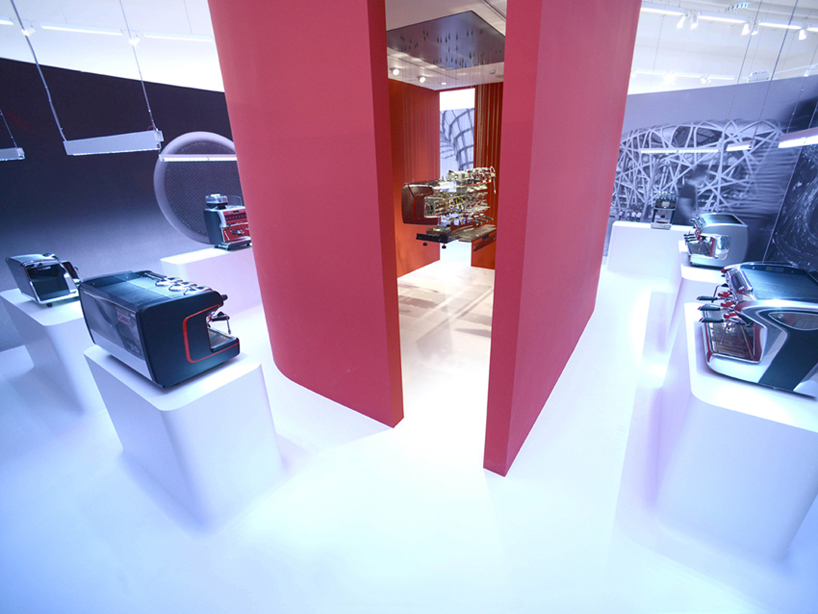 the museum contains an exhibition space divided into six historical periods from the beginning of the century to the present day: the early years, the age of rationalism, invention of the lever, under the banners of design, the international dimension and the new millennium.display stands are coated in white resin and smoothly merge onto the floor to showcase the latest machines of the industry.a full height red volume is visible from any angle in the museum to indicate the position of an installation containing the new lacimbali m100 coffee machine designed by valerio cometti+v12 design. a daring exploded view allows one to grasp the technological content and the level of complexity of the object, inviting those to reflect on the extraordinary journey that the apparatus has made during these last hundred years. 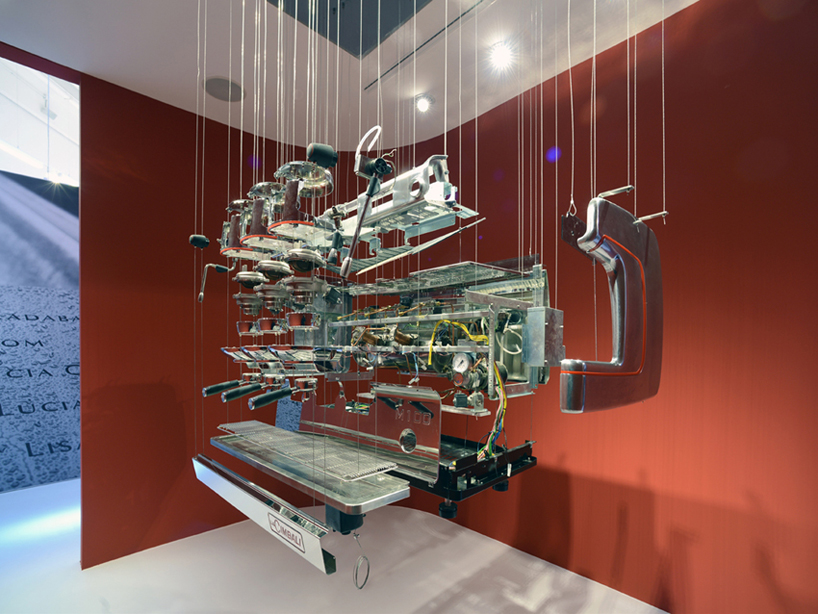 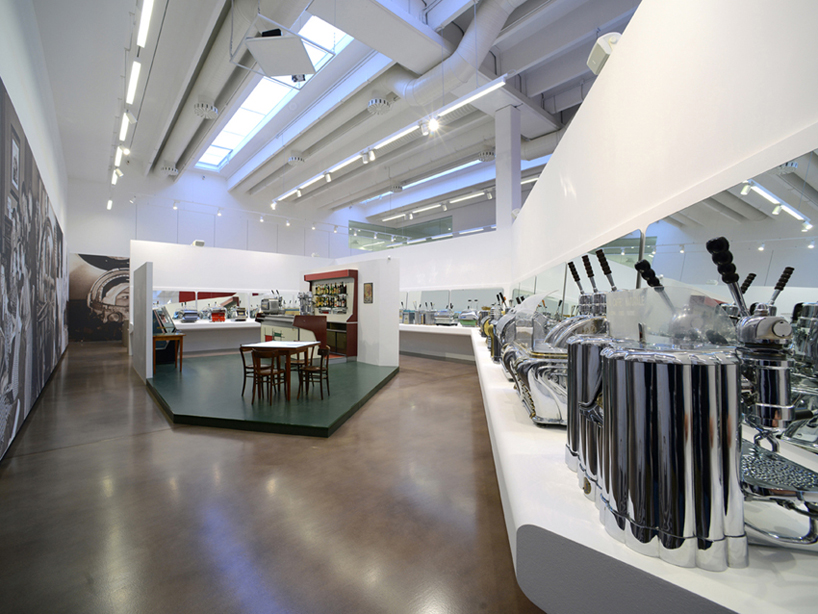 the invention of the lever: from after the war until the beginning of the 1960s 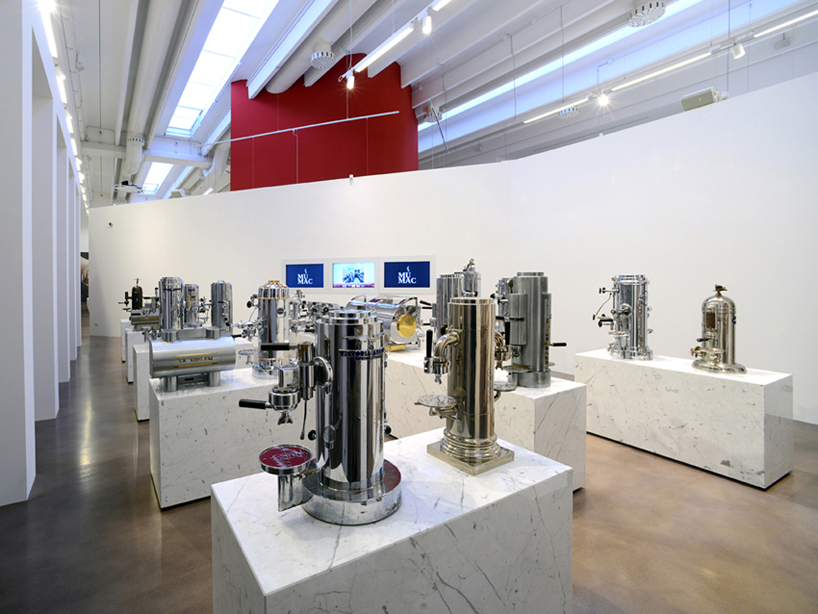 exhibition of the age of rationalism includes a severe fascist colonnade and strict grid of orthogonal lines identifies the layout of the marble display stands.it is dedicated to the culture of the 50s and 60s where the reconstruction of a cantilevered bar supports the machines of the period where cleverly positioned mirrors, allow visitors to enjoy both sides of these objects.