nested among the muted greys of the urban heart of beijing, the KWG·M·CUBE emerges with subtle iridescence. in the design of the exterior of the volume, MVRDV was tasked with negotiating between the conflicting requirements of the client and the city. while the client desired a building that would stand out from its context, the city mandated that the structure fit in with the urban fabric. the studio responded with a seven-story volume that reaches the maximum height of 36 meters, towering above many of its neighbors. this volume began as a primitive cube which was manipulated based on environmental factors so as to be both contextual and recognizable in its visual presence. 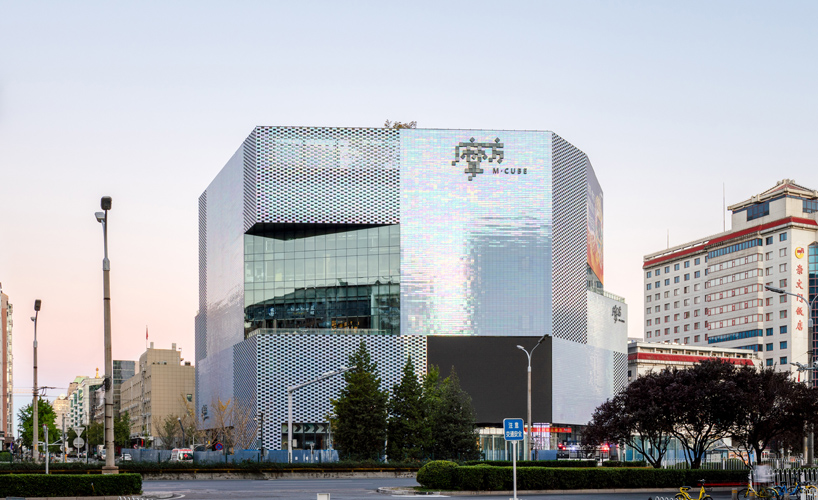 MVRDV generated the volume of the commercial project through a series of angular cuts into a primitive cube. these moves serve to orient the façades toward such key locations as the railway station and an intersection on the other side of the street. through the cuts and removals, the studio introduced open-air terraces on each level. each terrace is symbolically oriented towards nearby and distant landmarks such as the forbidden city and temple of heaven. the image of the building is further characterised by its distinctive materiality. the volume is wrapped in a pearlescent ceramic façade that may appear either grey or colourful, depending on the time of day. the subtley of the façade catches the attention of pedestriants without the use of large LED screens. the ceramic tiles were fabricated by applying three layers of glaze and firing at a different temperature each time. 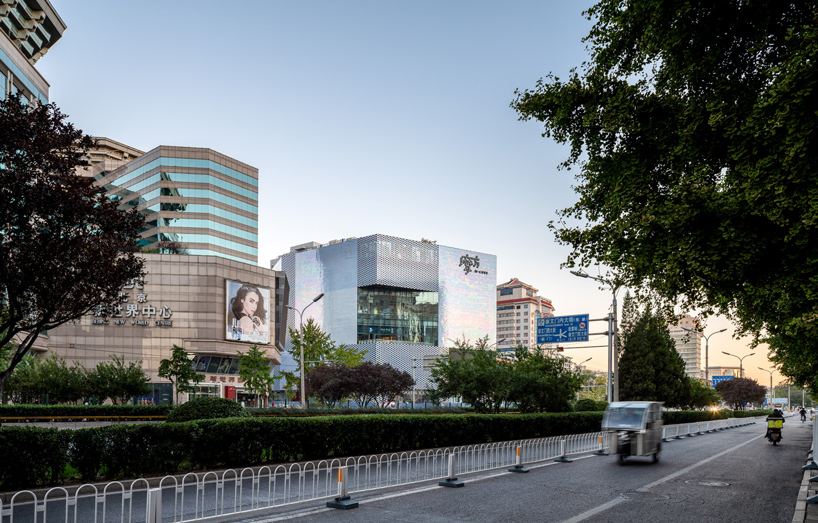 while the surface treatment of the ceramic tiles gives off a distinctive iridescence, their organization offers the façade a textural richness. the mass of the building is broken up as the tilework responds to the light and view requirements of the interior program. while some shops within the structure required controlled lighting, others use diffuse lighting to their advantage. in this instance the ceramic tiles are laid in a checkerboard organization. for lobbies and cafes, full glazing offer an unobstructed visual connection between the interior and the street.

jacob van rijs, principal and co- founder of MVRDV, elaborates: ‘we designed the KWG·M·CUBE so that the building continuously displays new patterns and colors. depending on the weather and light conditions and where you stand, the façade might look subtly grey, or it might shine with all the colors of the rainbow. in this part of beijing, there are restrictions on architecture and many nearby buildings are completed in shades of grey and beige. our solution allowed us to do exactly what the client and the city wanted: to create an attractive visual statement in which exuberance and modesty go hand in hand.’ 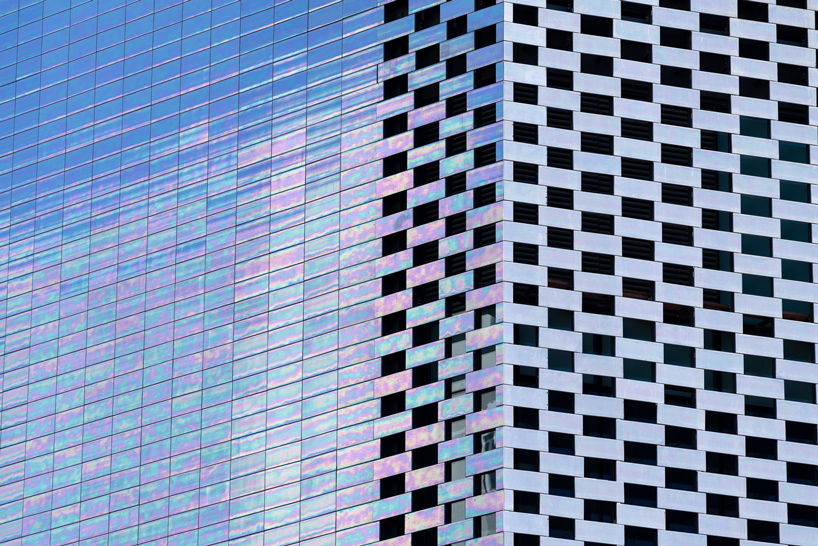 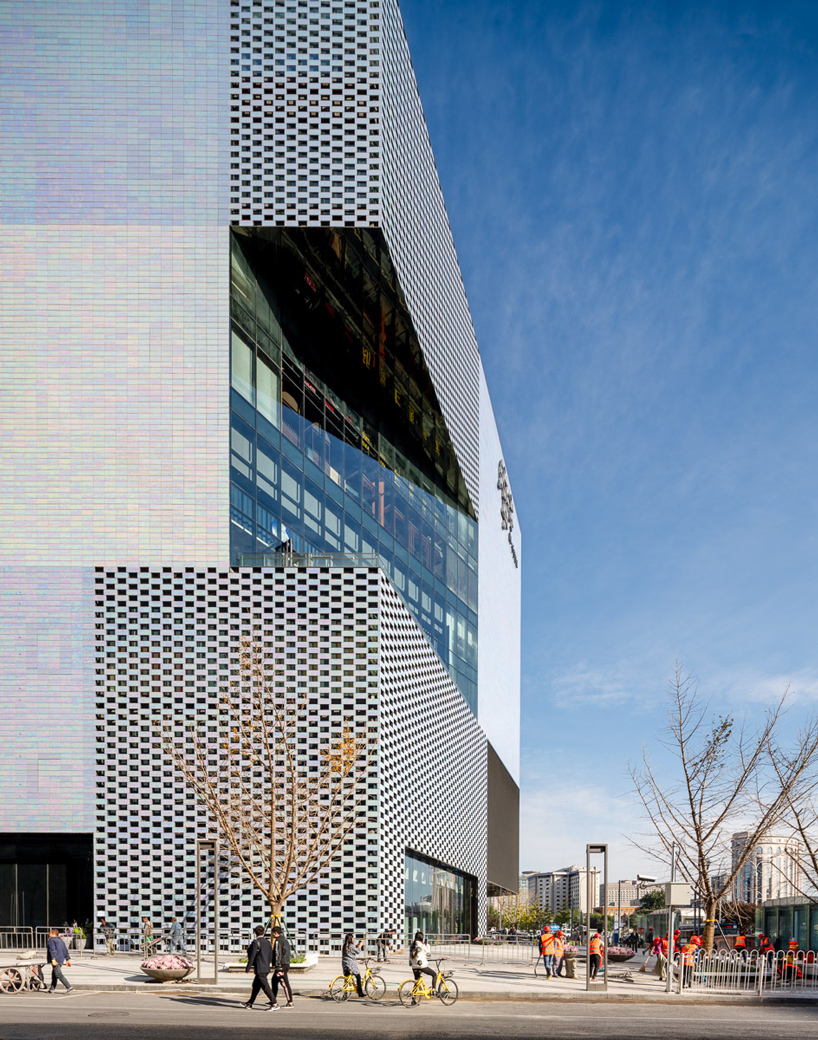 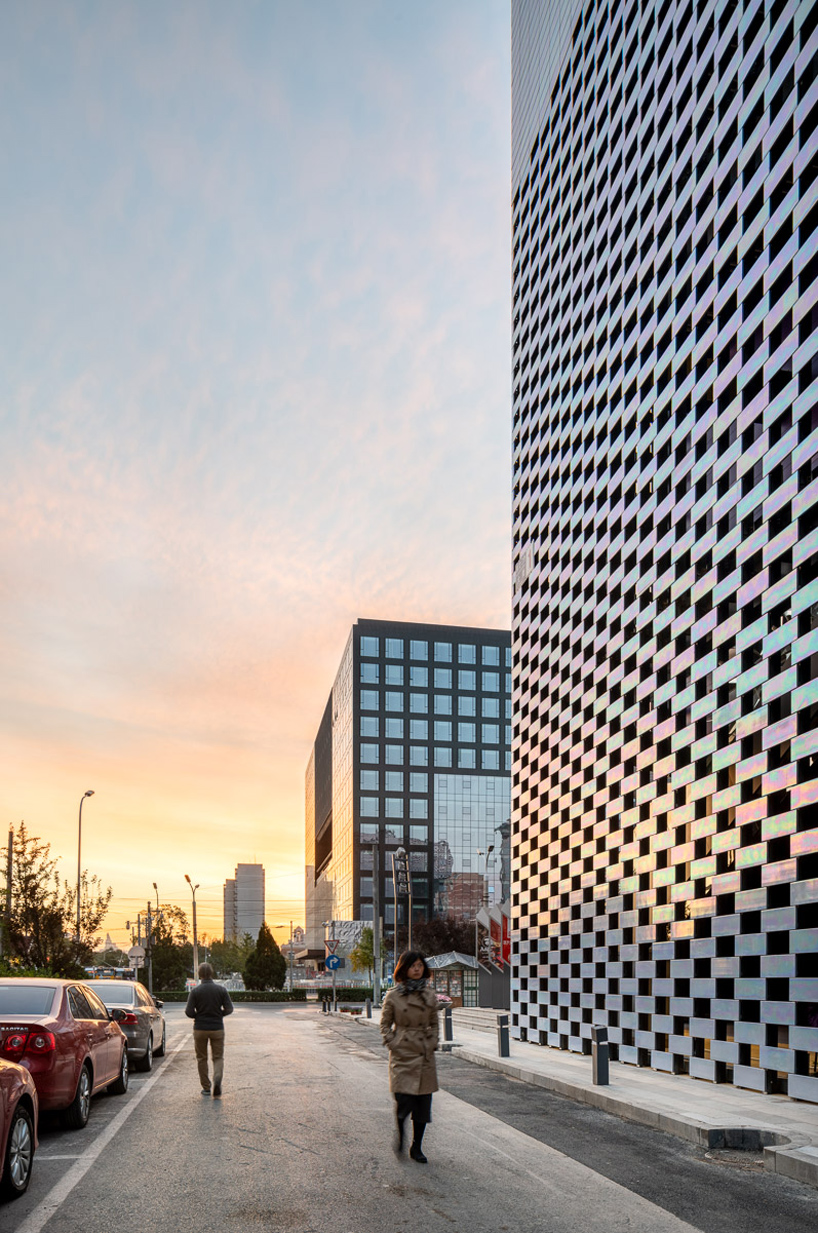 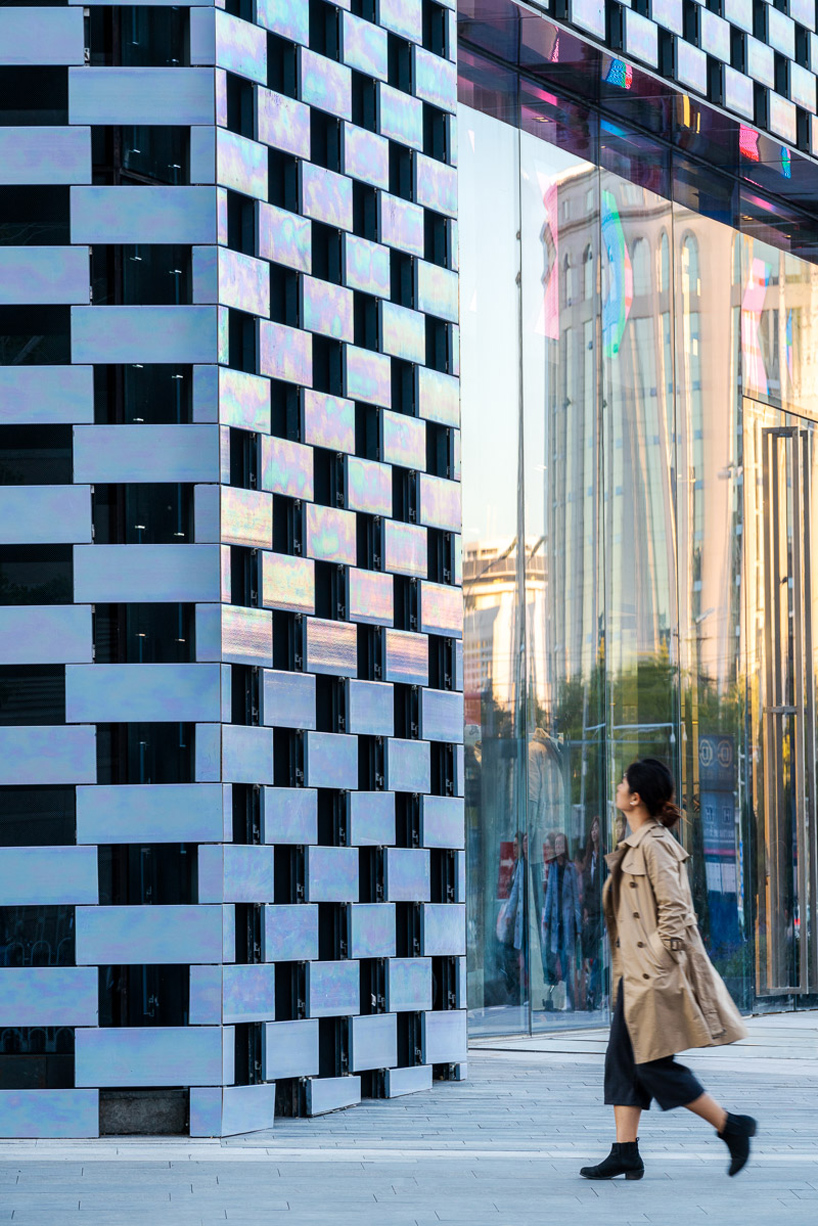 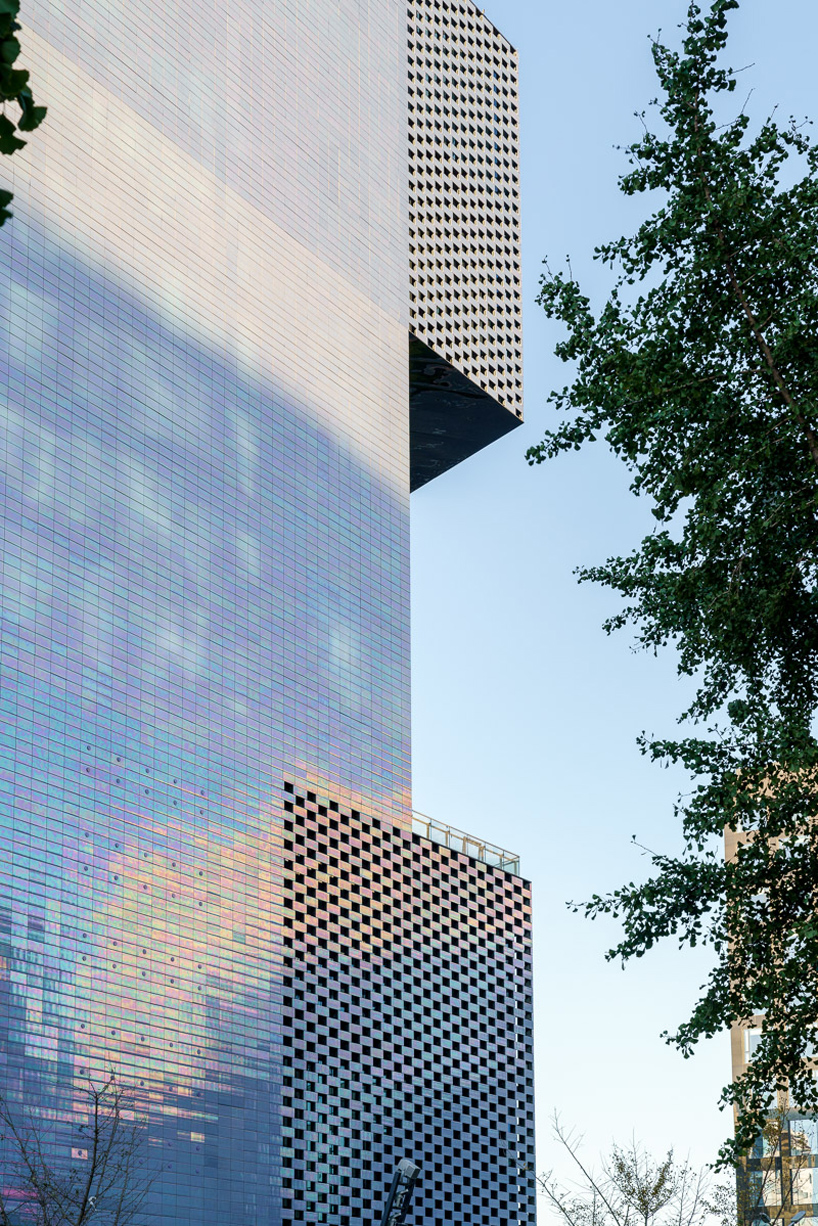 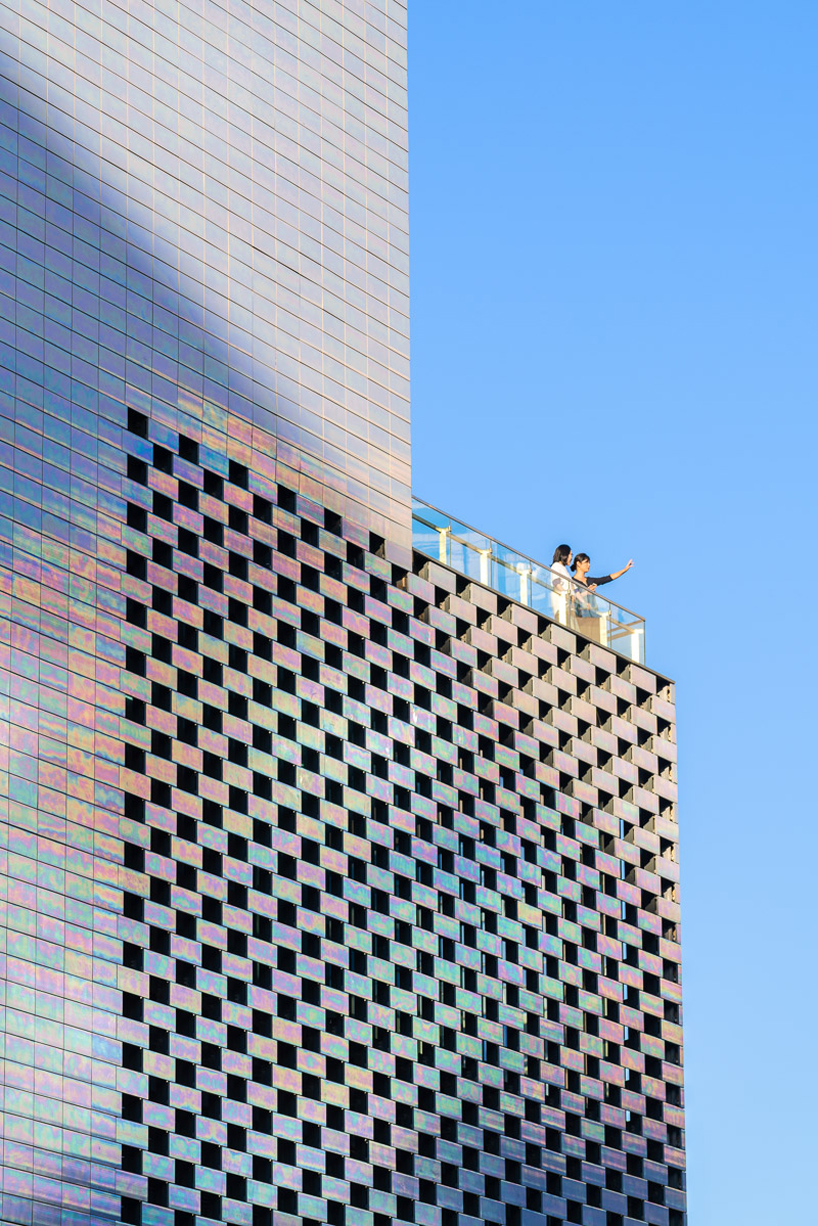 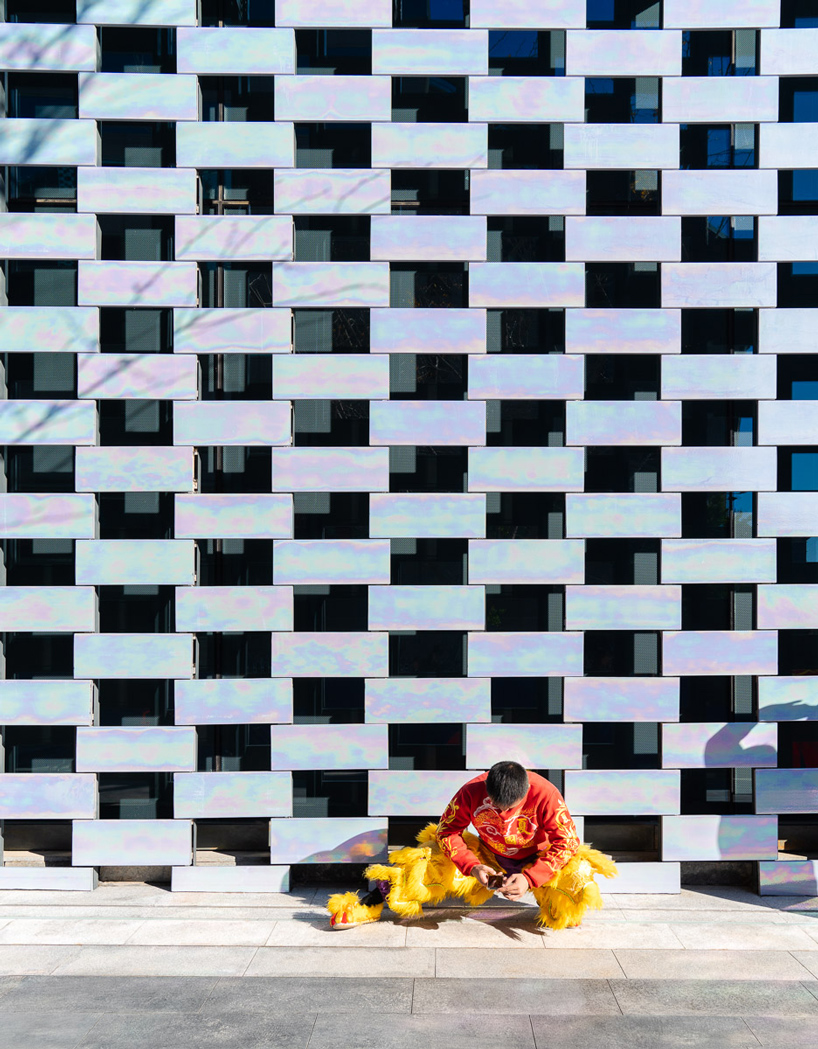 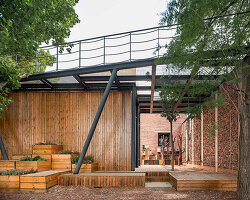 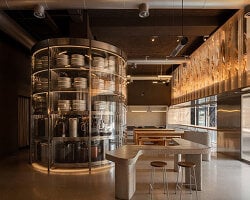