MVRDV and aedas have begun construction on their new urban master plan for the central business district near the hongqiao airport in shanghaijust 4 weeks after winning the competition. the 4.5 hectare site employs a combination of pedestrian-friendly infrastructure and highly sustainablearchitecture split into a small northern plot of almost 8,500 m2 and a larger southern zone. ten office towers standing nine to ten floors high providea total of 110,000 m2 of office space dividable to suit different companies. four towers in the northern section will contain linked top floors that forma cantilevered rooftop terrace over a public plaza. 47,000 m2 of commercial retail space is located in the ground floors and a sunken square, whose entrances are marked by two glass cubes that intersect a pedestrian walkway connecting to the residential zones. the openings in the stone facadesare carefully designed to absorb or reflect solar energy while allowing the proper views, lending to an energy efficient construction. other ecologically-sensitive design measures include high performance insulation, naturally shaded spaces by carefully-shaped building forms, natural ventilation,permeable road surfaces, rainwater collection, links to public transport, and reduced urban heat island effect through ample green space in the land and roof-scapes – efforts duly warranting a 3-star ‘green building label’, the highest in china. 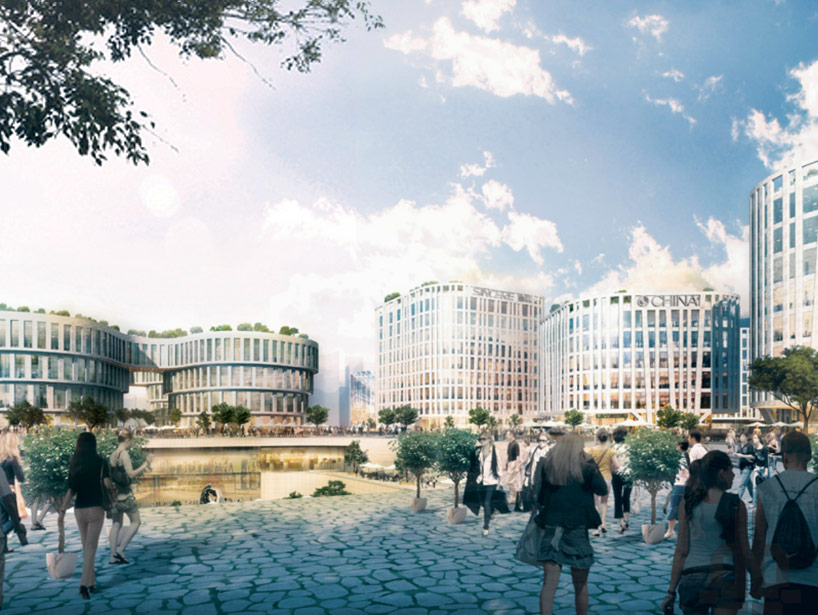 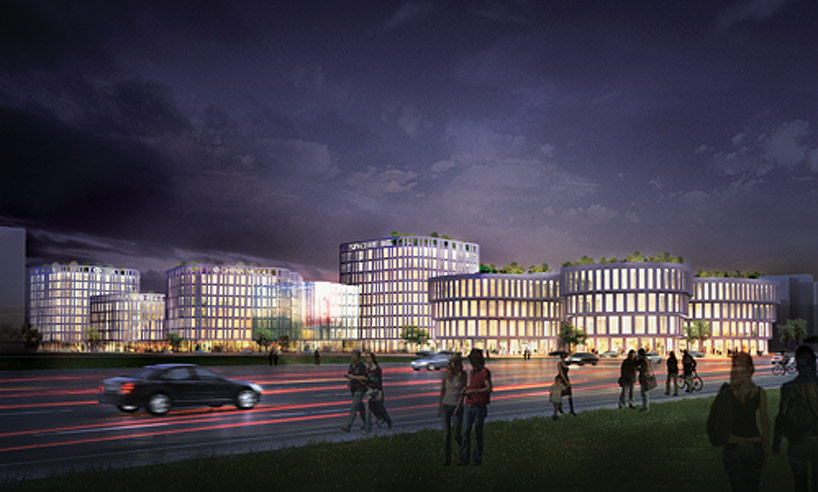 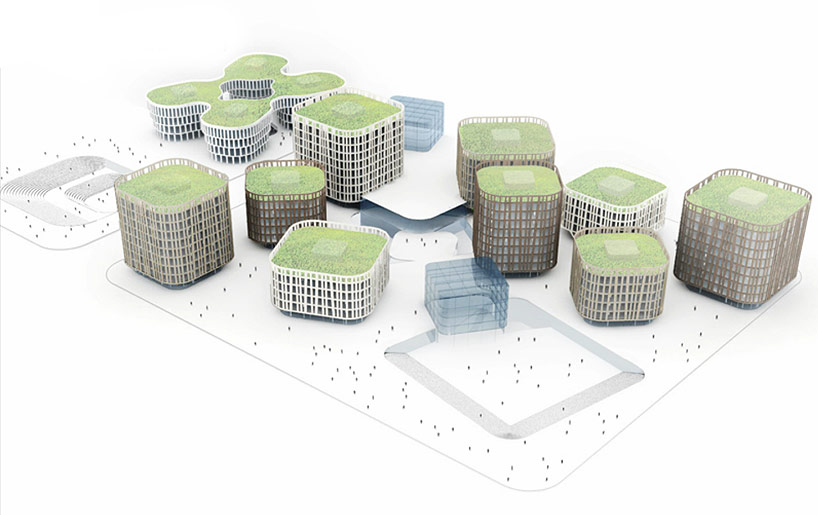