dutch practice MVRDV has won the international competition for the ‘china comic and animation museum’ in hangzhou, china. composed of eight balloon shaped volumes, the design looks to create an internally complex experience measuring 30,000 square meters in total. fantastical and whimsical in its approach, the proposal is part of a larger master plan that will include a series of parks, a public plaza and an expo center. 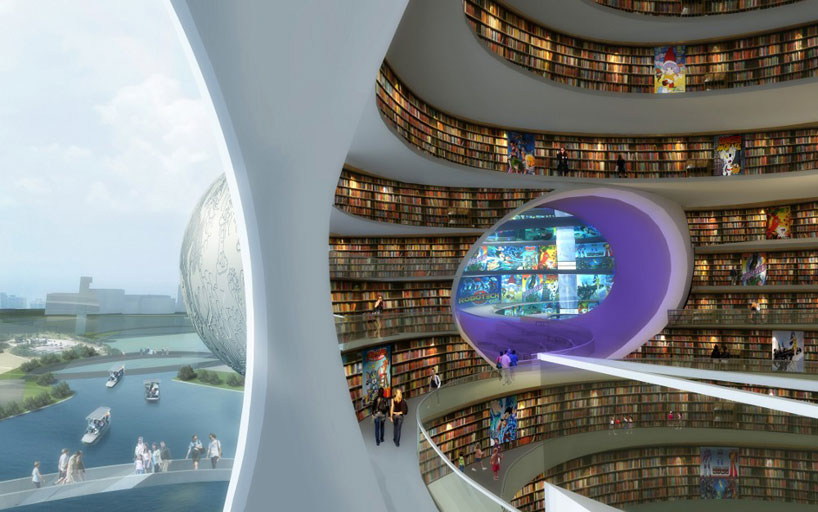 set to break ground in 2012, the museum seeks to create a platform which will unite the evolving worlds of art and entertainment. the application of one of the most iconic cartoon motifs – the speech bubble – allows the unit to be instantly recognized as a place for comics, animation and cartoons. as text is projected onto the monochromatic exterior surface, the forms come to life, further transforming the two dimensional motif into a three dimensional reality. 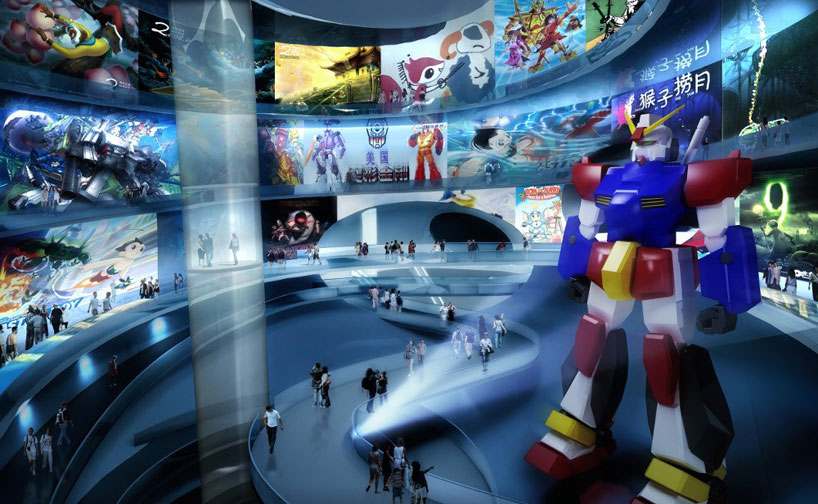 each of the eight volumes, occupied by unique and independent functions, are interconnected allowing for a circular tour of the entire building. large voids at the point of interception provide visual connection and access between the dynamic programs, which include a comic book library and three cinemas. 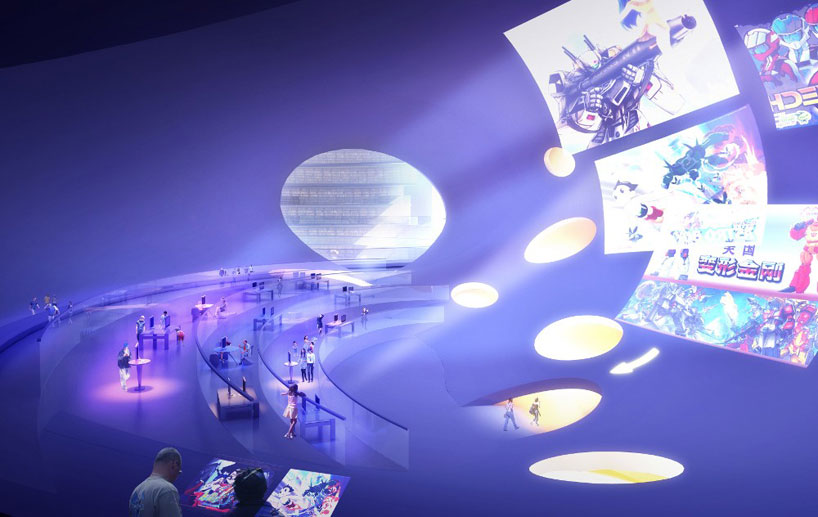 accommodating a range of versatile exhibition spaces, the museum will feature a permanent collection that is presented in a chronological spiral along with smaller, adaptive halls for temporary displays. 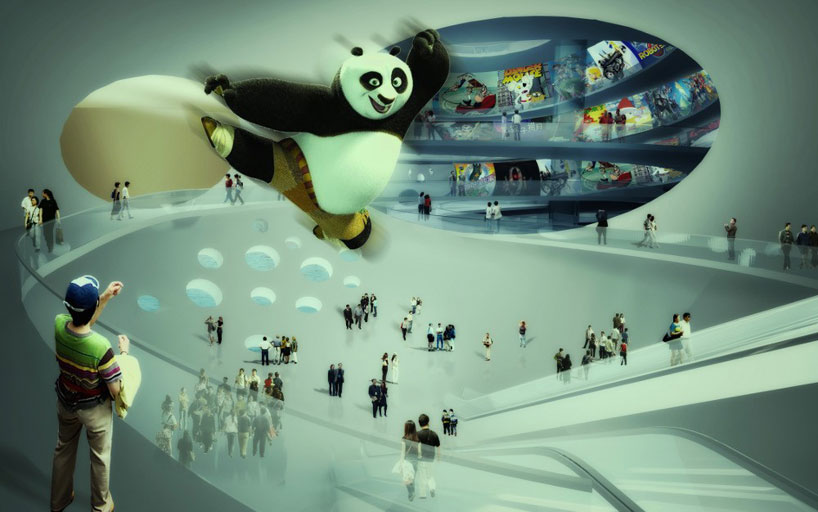 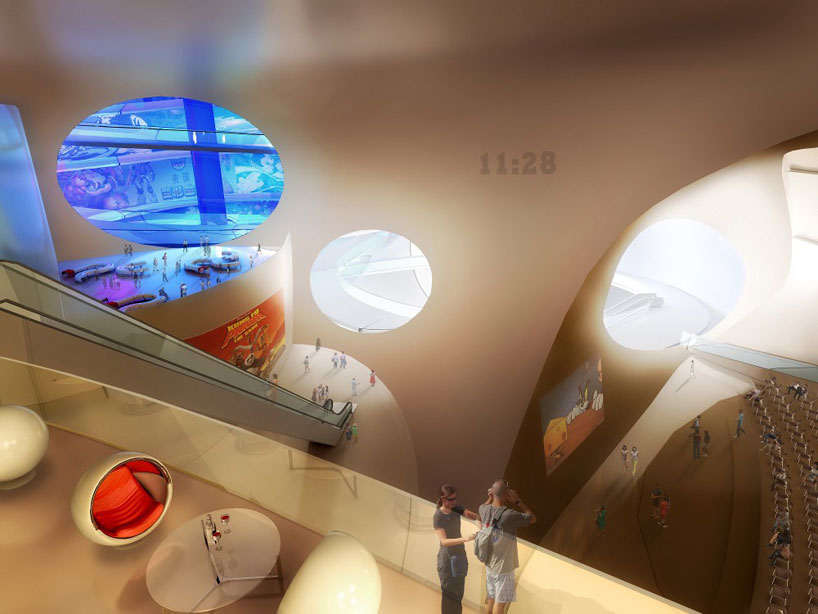 entrance and view into multiple balloons 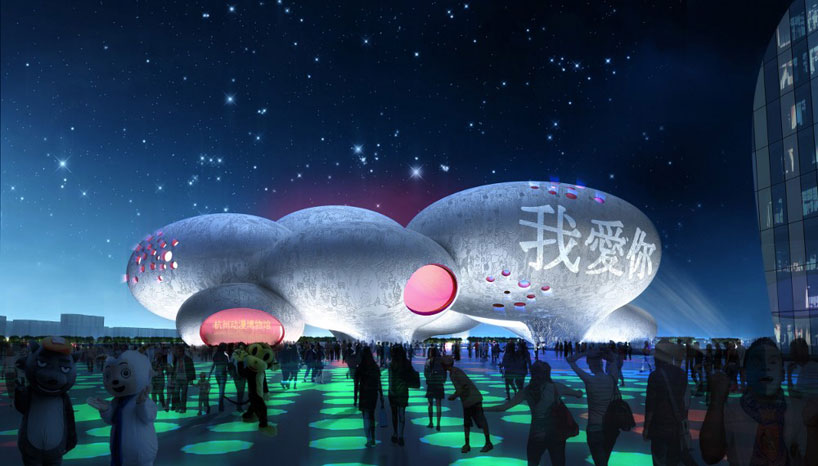 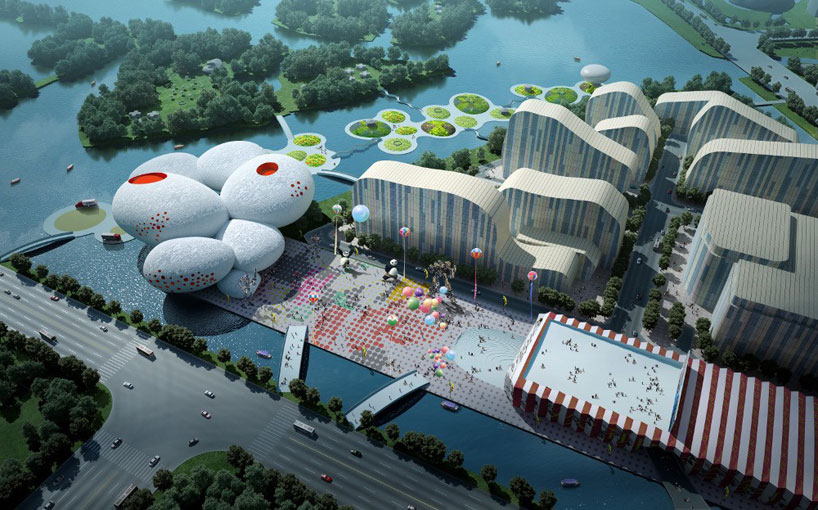 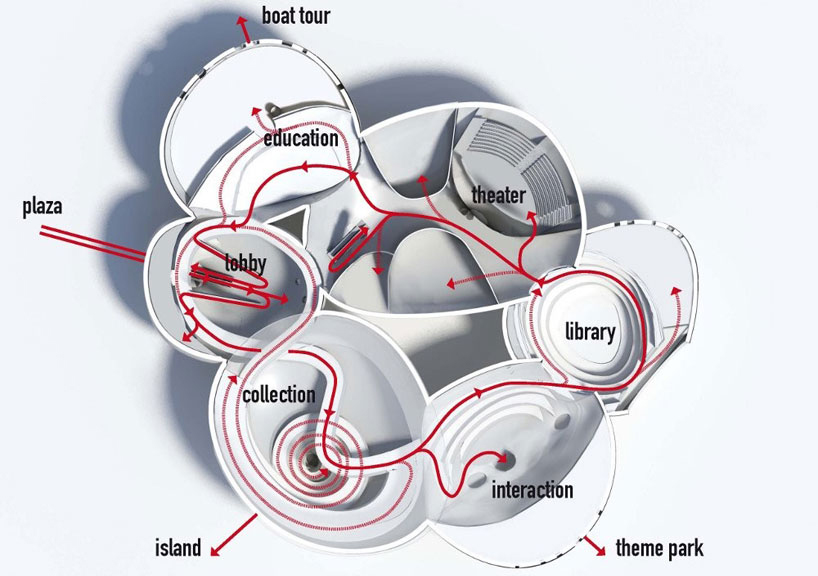 additional images of the circulation zones: 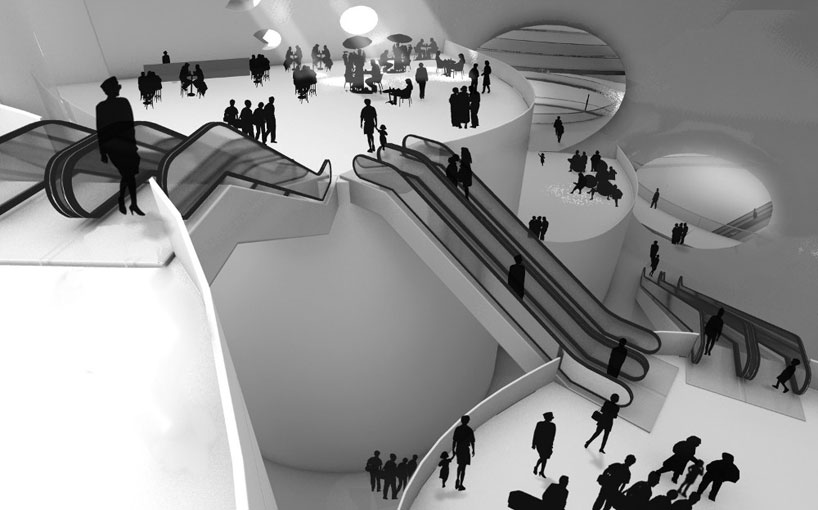 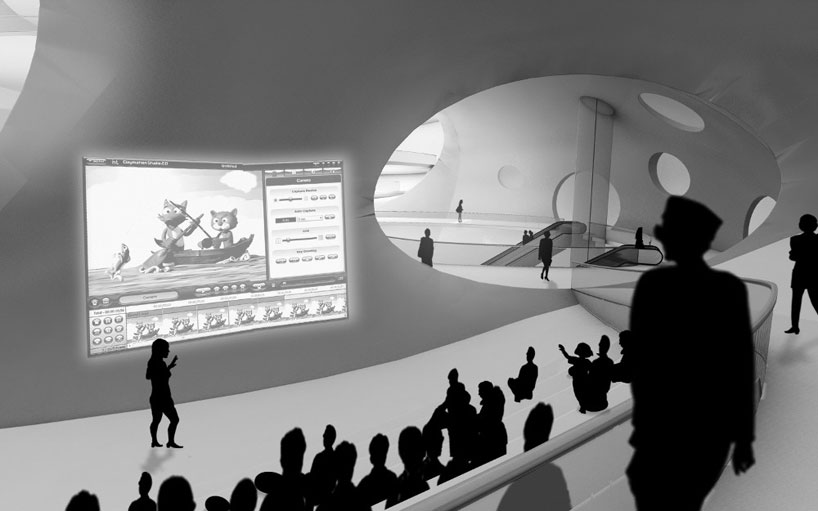