about a year ago, the korean pop hit ‘gangnam style’ hit the charts, with aritst PSY bringing fame to the nouveau riche hangout of the gangnam district in seoul, south korea. but, before the song became a global success, MVRDV was commissioned by woon nam management ltd. to transform the chungha building on gangnam’s apgujung road, a street dominated by flagship stores.

the 1980s building was a bit of an eye-sore in comparison to its flashy neighbours. housing a collection of brands in one: the ground floor is home to french leather accessories label louis quatorze, upper floors function as a wedding planner’s office, along with the client’s maintenance society and two plastic surgery practices, its beige natural stone façade was ruined by commercial messages and a collection of fonts and signs promoting its tenants. 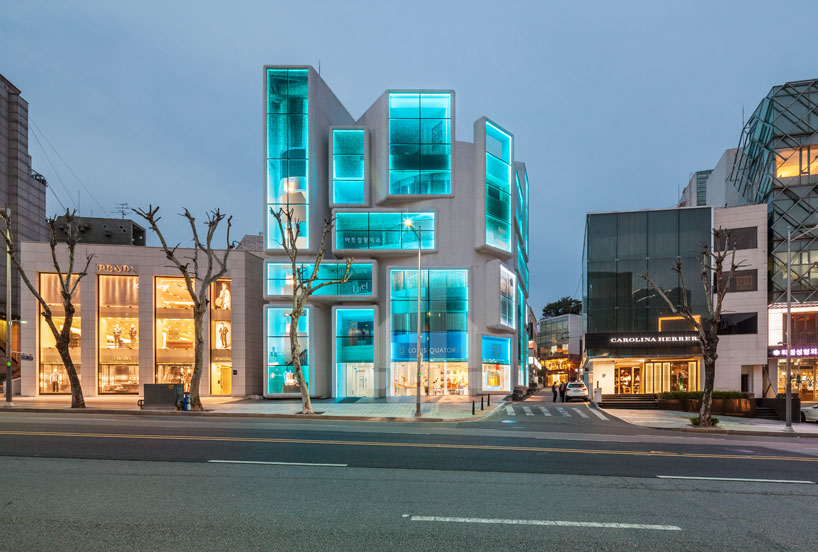 the dutch firm reshaped the edifice, expressing the multiple identities of chungha through a collection of shop windows seemingly imposed into the exterior’s surface. curvaceous frames were found to best match the numerous amount of differently sized openings, with a white mosaic tile–which resemble white foam from up close and smooth stone from far away–acting as the material to cover the pre-existing front. the integration of colorful LED lights completely change the multi-use complex’s appearance, framing each window so that by night, it stands out. given only nine months to complete the refurbishment, the added challenge was the compact site itself. standing at five storeys tall, its widest point measures only 2.5 metres, forcing construction workings to balance and squeeze themselves into narrow spaces.

the chungsha building is given a new life, its large windows filled with transparent posters which offer flexibility for changing brand identities as well as discretion for the clients of the plastic surgeons. the top floor sees a 10% addition that houses a café with outside terraces, with a total surface of 2,820 m2. 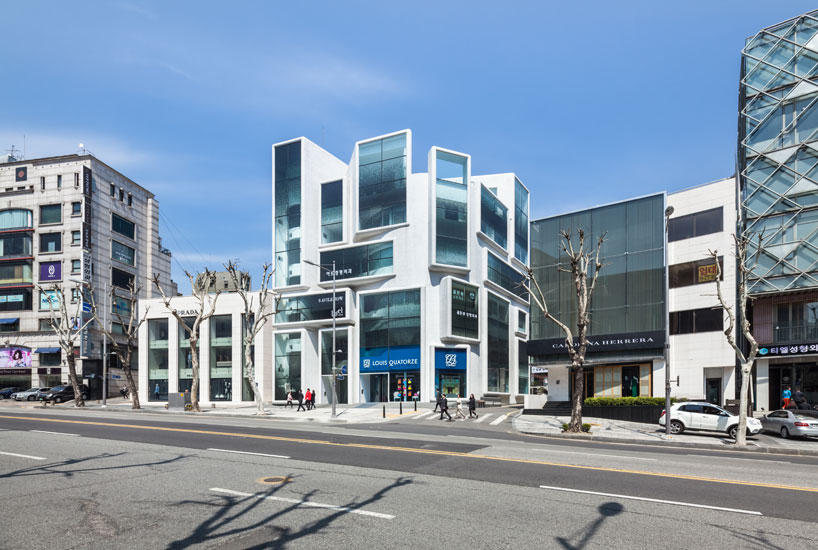 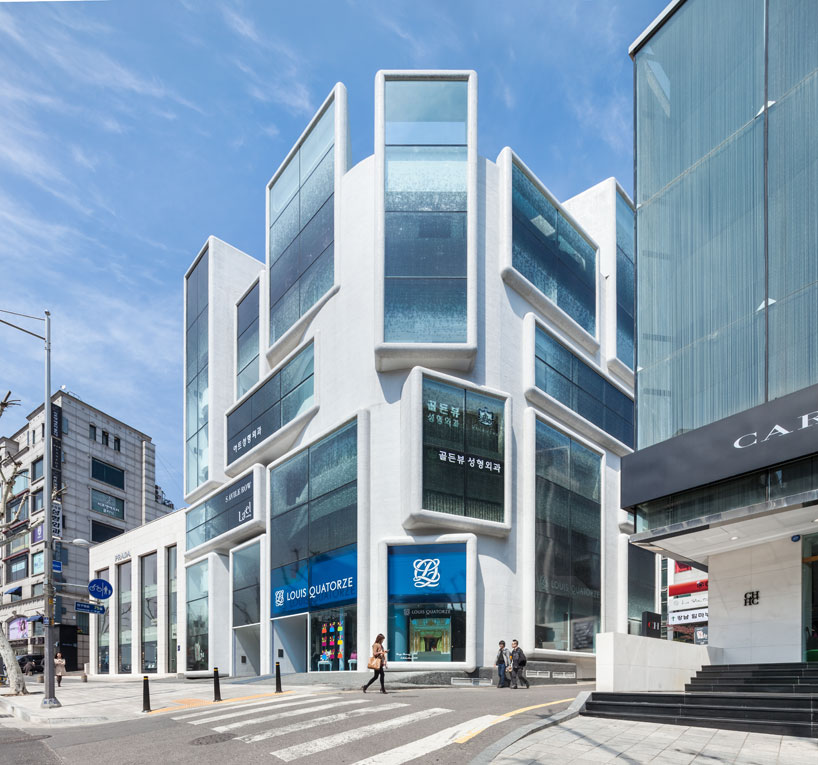 the exterior now becomes more of an advertisementphoto by kyungsub shin 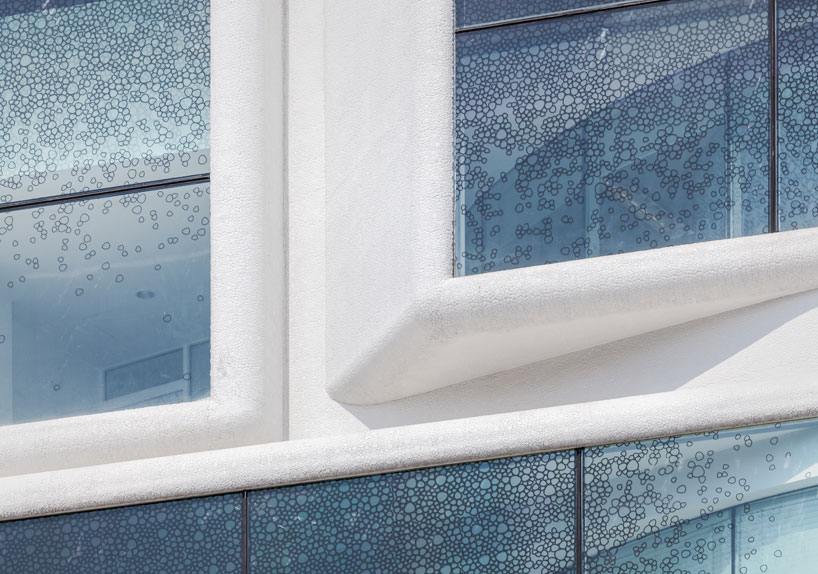 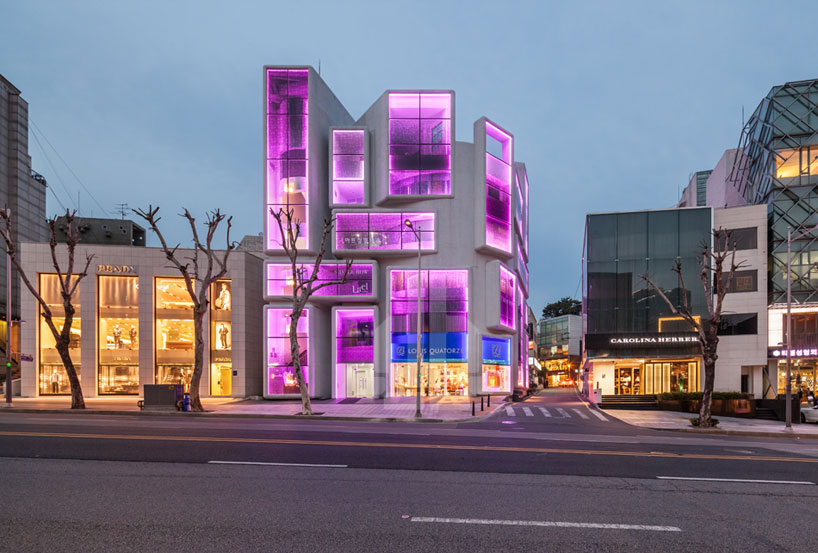