MVRDV reveals its proposed transformation of one of their own early projects, the dutch pavilion at the 2000 world expo in hannover. with the revitalization, the team seeks to convert the former expo pavilion into a co-working office building, with two new buildings to be added to the space surrounding the pavilion. one of these new buildings will contain student housing and the other will host offices and parking. with its third level forest, MVRDV’s design maintains the qualities that made the pavilion an icon of the 2000 world expo and reinterprets the original project’s concept for the two new buildings. 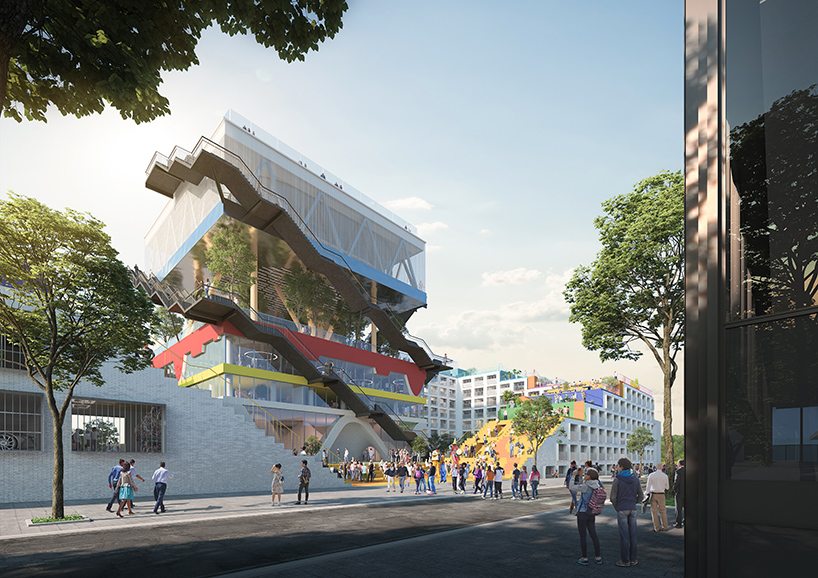 MVRDV’s original expo 2000 pavilion was designed as a response to the expo’s dutch theme, ‘holland creates space.’ rather than occupying the full site, six dutch landscapes were stacked into a tower on one portion of the site, while the remainder of the area became an open outdoor space within the expo grounds. representing a country defined by its lack of land, the pavilion conveyed the liberating message that nature can be created artificially and stacked vertically. it became a key reference for sustainable design, presenting an ideal of a building as a self contained ecosystem, incorporating nature and generating its own internal resource cycles. 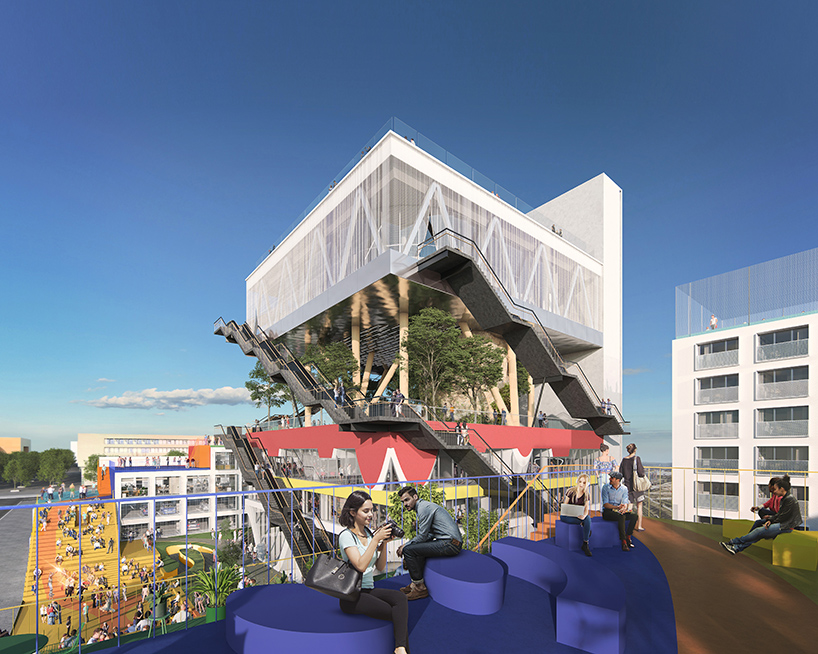 the design team at MVRDV maintains this ‘stacked landscape concept with its expo pavilion 2.0, renovating the existing building and adding two stepped buildings on the perimeter of the original site. the renovated pavilion will house co-working offices and meeting rooms, with particular attention given to maintaining the features of the original design and converting them into office elements. the two new buildings add student housing — in the larger building — with offices and parking in the smaller building. these form perimeter blocks around the site, stepping down to create an entry point on the west of the site that provides access to the centralized landscaped courtyard. 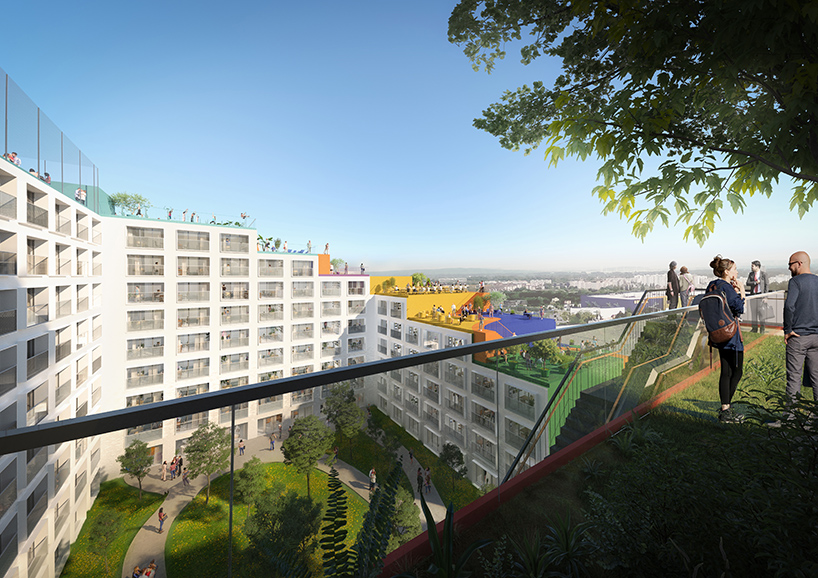 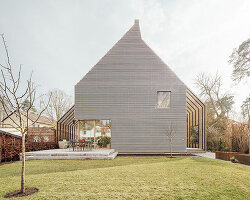