MVRDV has announced its plans to transform an existing valley in armenia into a base for sustainable agriculture and ecotourism. gagarin valley is already inhabited by around 11,000 inhabitants across several villages but this ambitious masterplan will add 12,000 new housing units, 10,000 plant species, and a host of innovative facilities such as a spherical building for agricultural education at the heart of the valley.

the massive project was commissioned by the armenian non-profit organisation DAR foundation for regional development and competitiveness, and MVRDV’s proposal was unveiled on tuesday (january 11th, 2022) to armenian government officials. 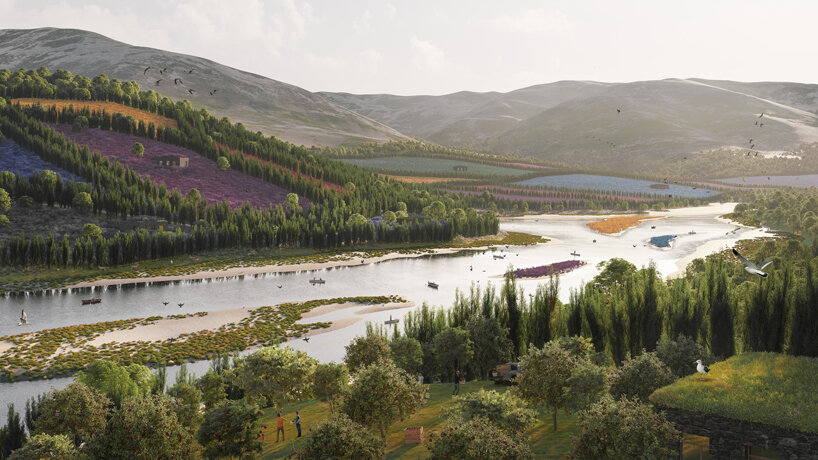 named after cosmonaut yuri gagarin, gagarin valley is situated in armenia’s mountainous highlands, close to lake sevan and just only 50 km from the capital yerevan. the landscape comprises a patchwork of different plots of land across a 34,000-hectare area.

the goal of this project, developed by MVRDV and local partners, is to make the valley an attractive destination for both future residents and ecotourists—in line with armenia’s aim to attract 2.5 million tourists a year by 2026. 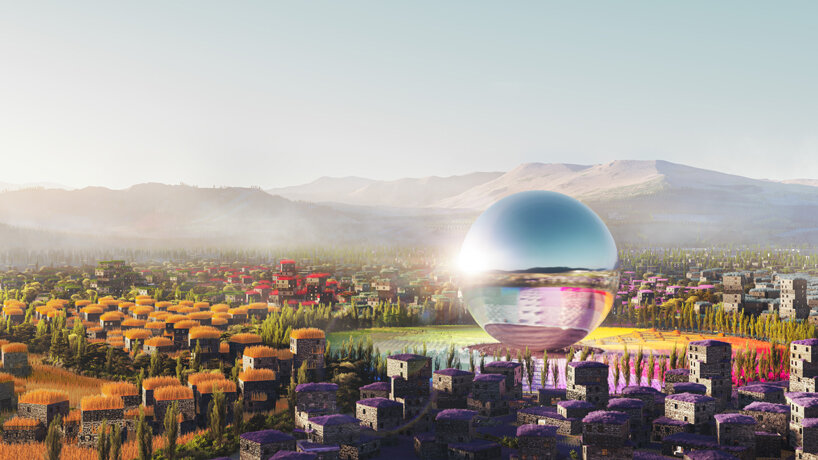 MVRDV’s proposal begins by preserving and reinforcing the 10,000 plots and the existing roads in the valley. a network of walking and cycling paths will then be added to connect all the villages. the plans also include planting different species on each plot to make the landscape visually more attractive and stimulate economic diversity.

water management will be improved with the restoration and enlargement of the route of the hrazdan river, a new canal system, water reservoirs in the mountains, and other water sources to irrigate farmland. canals, public paths and greenery will also be inserted along boundary lines to improve the water system.

‘the area is named after yuri gagarin, who was the first human to orbit the earth; he saw the planet’s vulnerability, a house in need of extra care, as many other astronauts have since stressed. I share that concern: stimulating biodiversity, improving water management and the ecosystem is of great importance for the future of the gagarin valley and the world,’ says MVRDV founding partner winy maas. ‘the valley can be seen as a series of test fields for the 10,000 species that will soon flourish there, an enrichment that will give the area the appearance of a garden of eden.’ 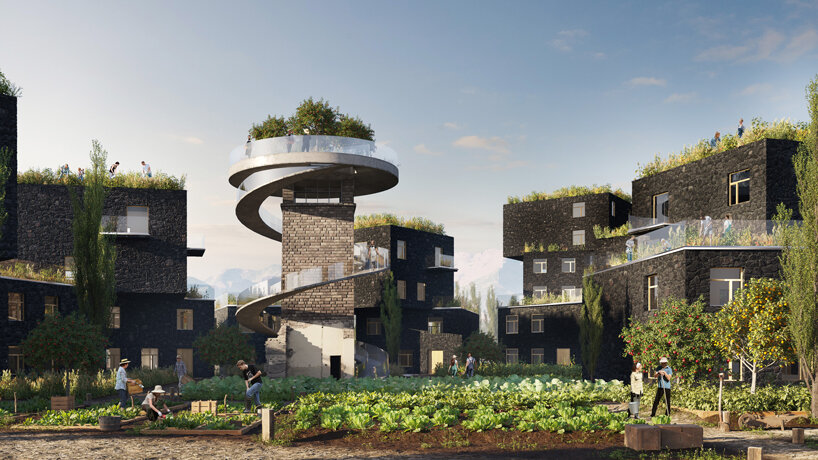 as for the architecture, MVRDV proposes to transform existing buildings—some of which date from the soviet era—into new buildings to reduce material wastage. traditional armenian farmhouses will form the inspiration for the newly built homes, to which green, vegetated roofs will be added. this new future and the innovative, sustainable housing will make the valley attractive for different target groups and make the area attractive again for young armenians. 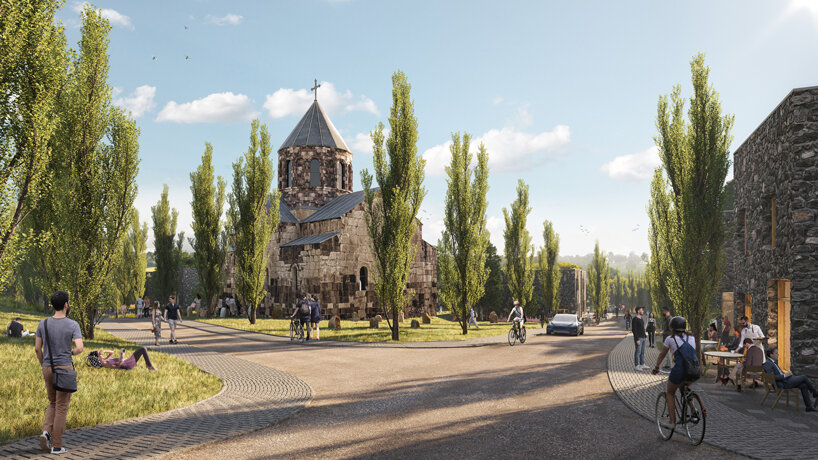 existing buildings, some from soviet times, will be transformed to waste as little building material as possible

the proposed facilities include a market hall, a commercial center, a center for the arts, and a sunken stadium for 4,500 visitors. the heart of the valley will be formed by an educational agricultural center, around which the highest density can be found, with houses stacked to form vertical villages.

‘we designed a sphere that acts as mini-planet, where the classrooms surround a spherical void and where all the species of the valley and beyond are shown and monitored’, adds maas. ‘the sphere will be surrounded by a central park that contains all the species – a scientific arboretum, reflected in the mirroring sphere. gagarin would have loved it, I think.’ 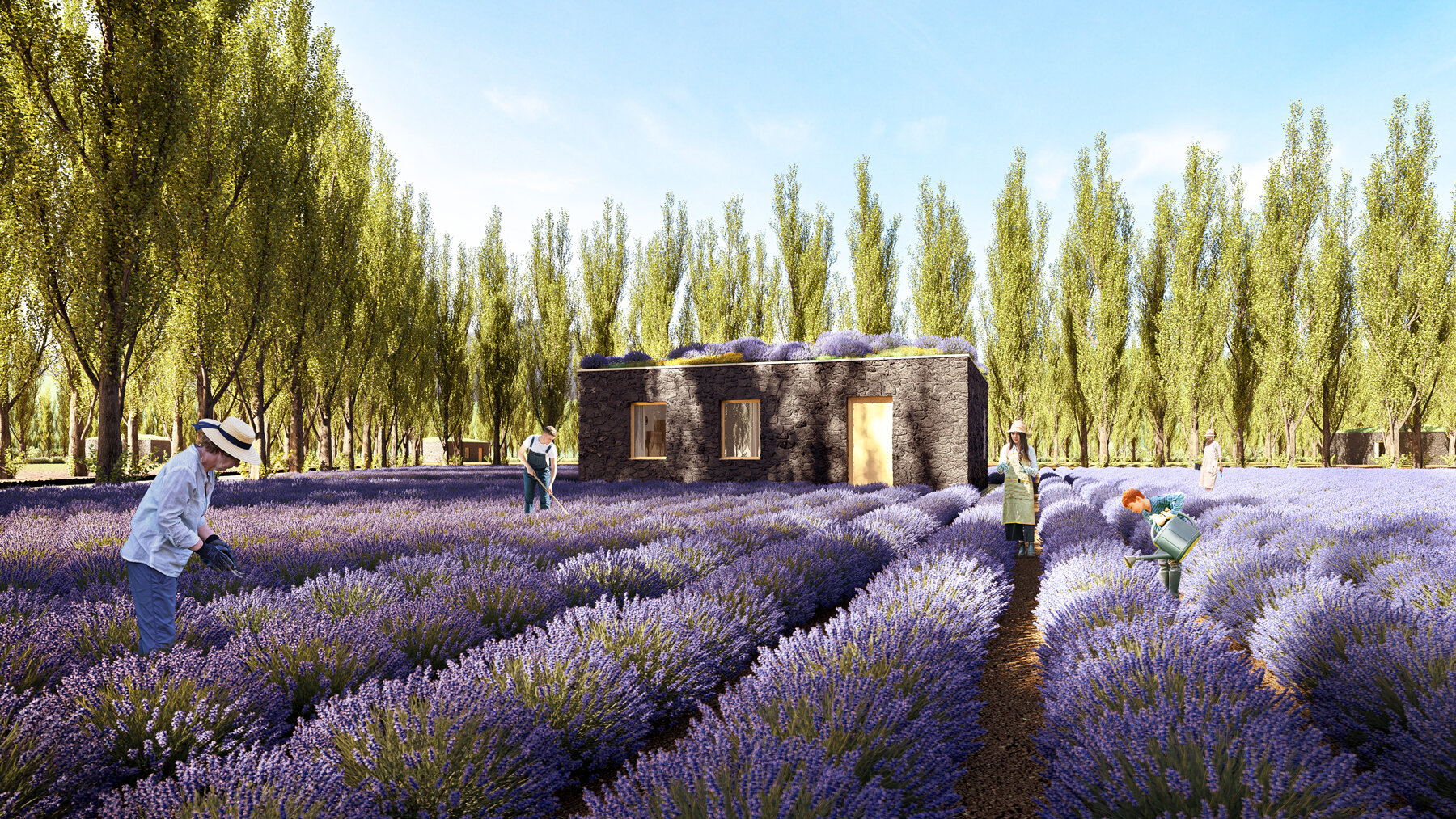 10,000 different species will be planted in the valley 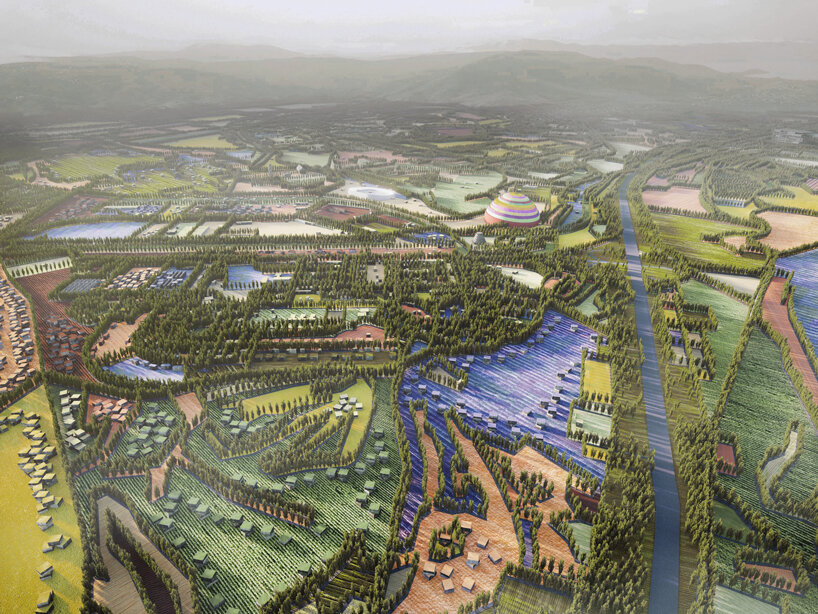 gagarin valley consists of a patchwork of different plots of land 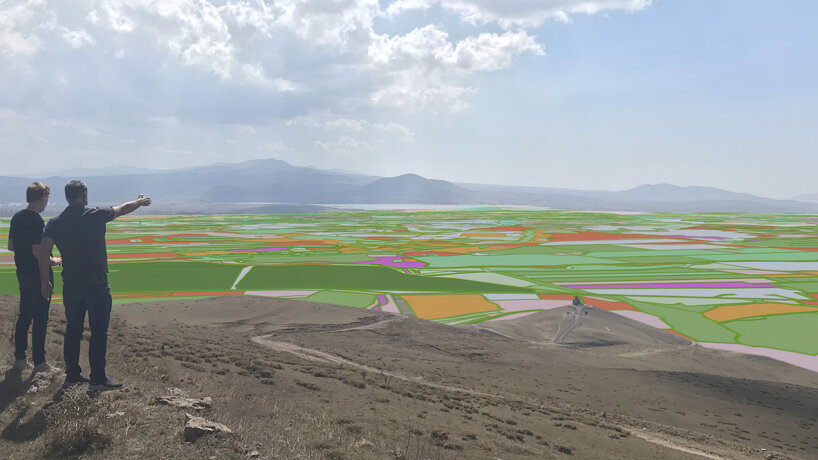 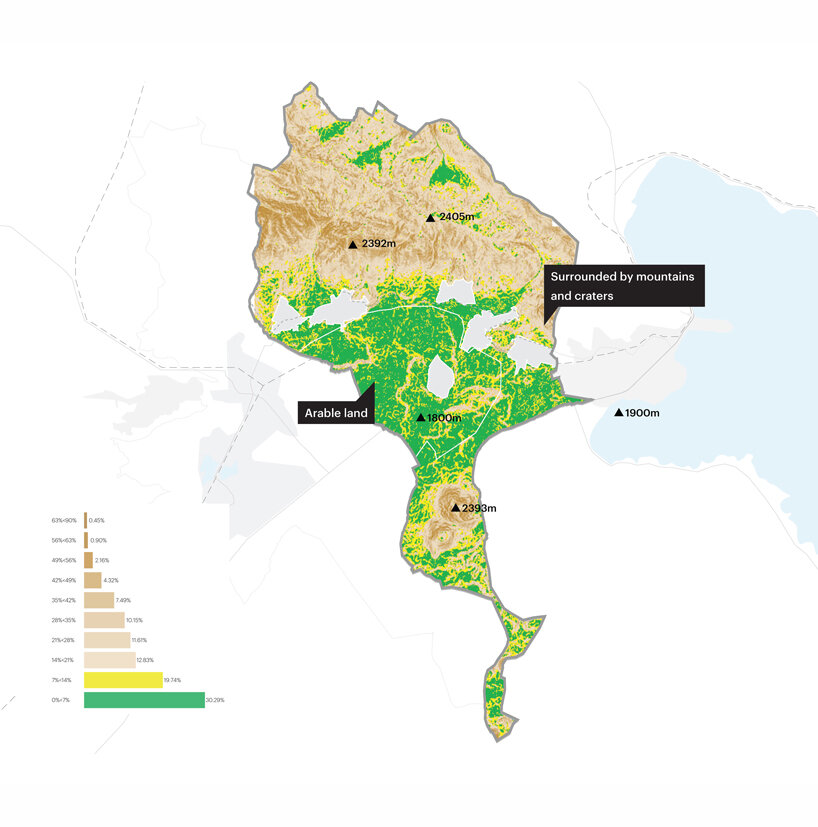 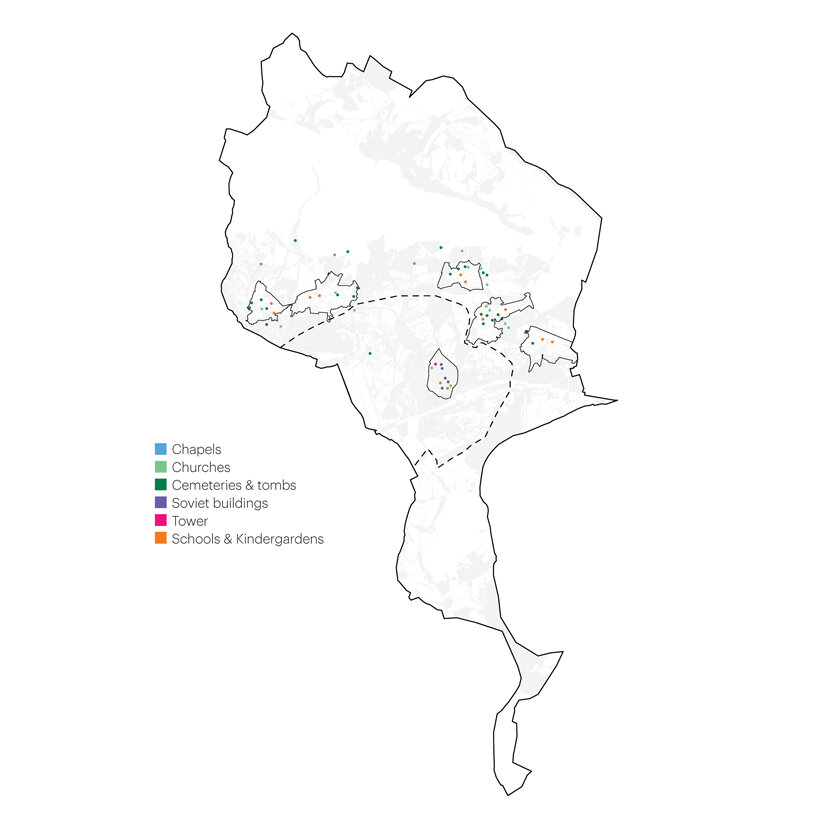 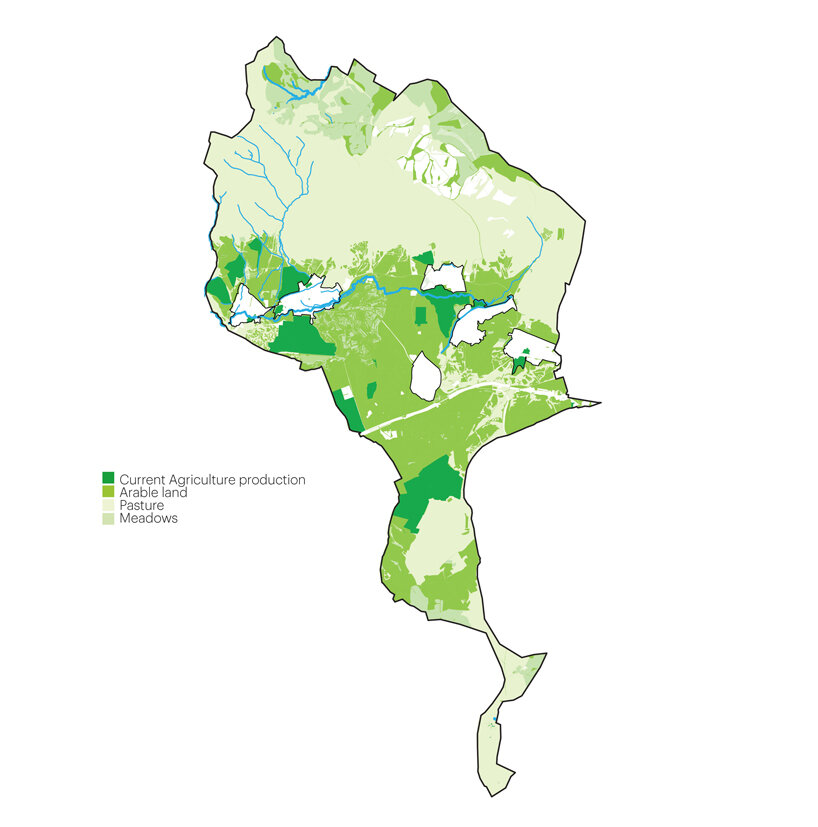 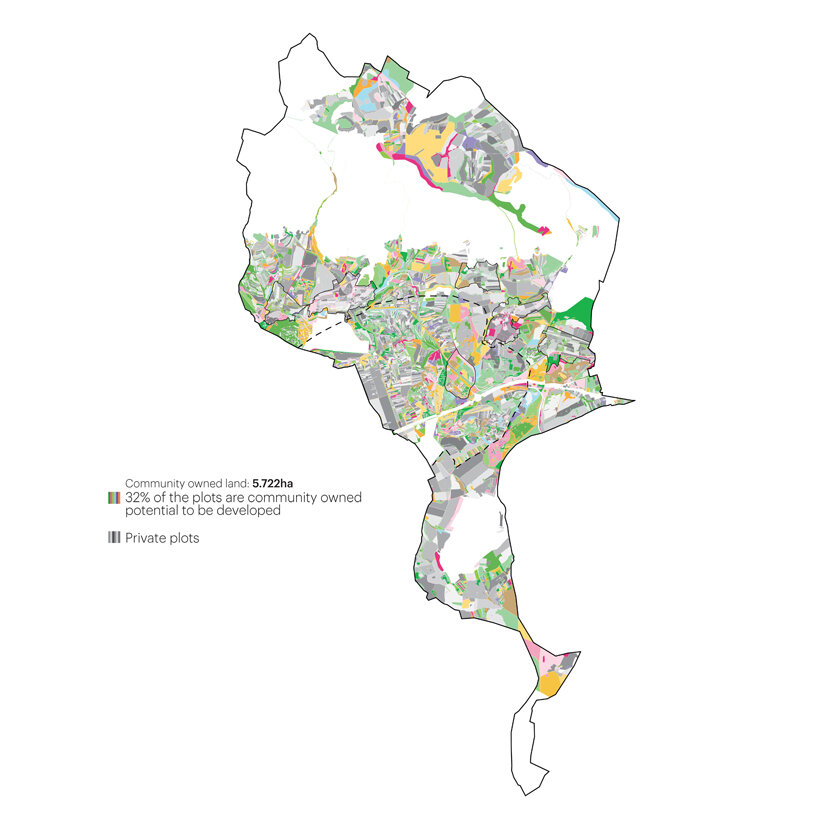 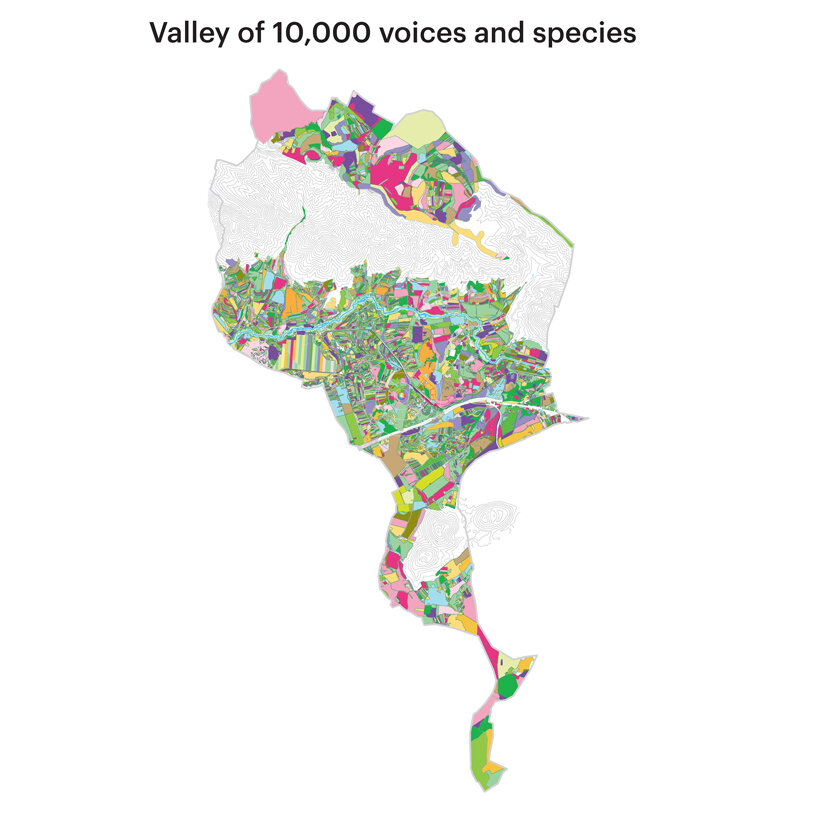 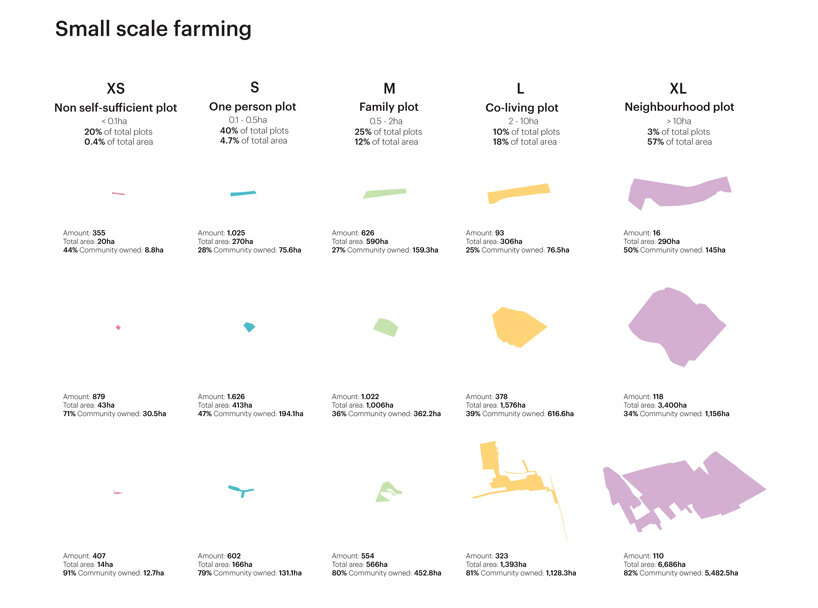 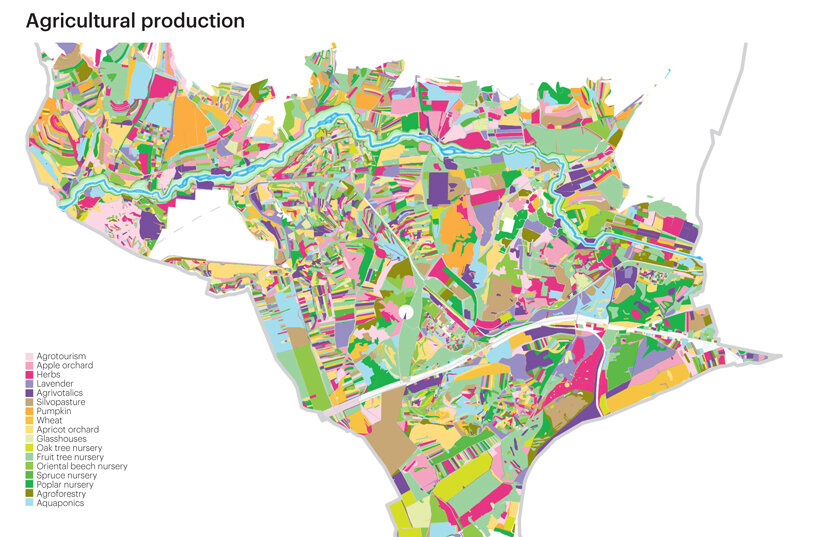