dutch firm MVRDV has revealed plans to create a new neighborhood for bordeaux east of the garonne river in the southwest of france. ‘ilot queyries’ attempts to transform the currently industrial site into a lively urban setting with over 300 apartments, commercial outlets, a rooftop restaurant, and integrated areas of greenery. forming part of the bastide-niel masterplan, unveiled by MVRDV in 2011, the scheme seeks to combine aspects of historic towns — intimacy, surprise, and liveliness — with the density, ecology, and comfort associated with more modern city planning. 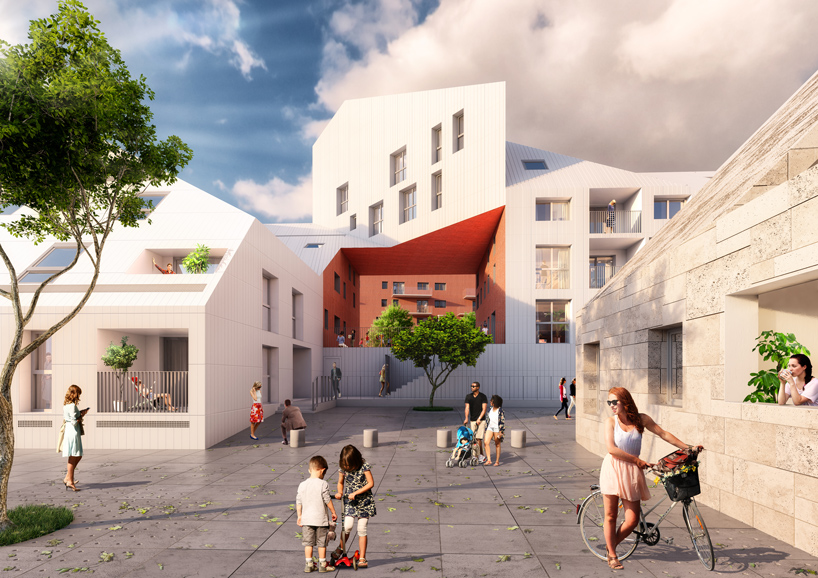 all images courtesy of MVRDV

developed alongside local architects flint, the façades of the MVRDV-designed project have been shaped to offer views towards the river as well as the city center. façades with 45° angles have been used to ensure maximum ventilation, daylight, and sun. the volumetric cuts also allow the new development to relate in terms of scale to its adjacent buildings. pavilion-like housing is found towards the existing neighborhoods at the rear of the site, while larger structures are positioned towards the river. 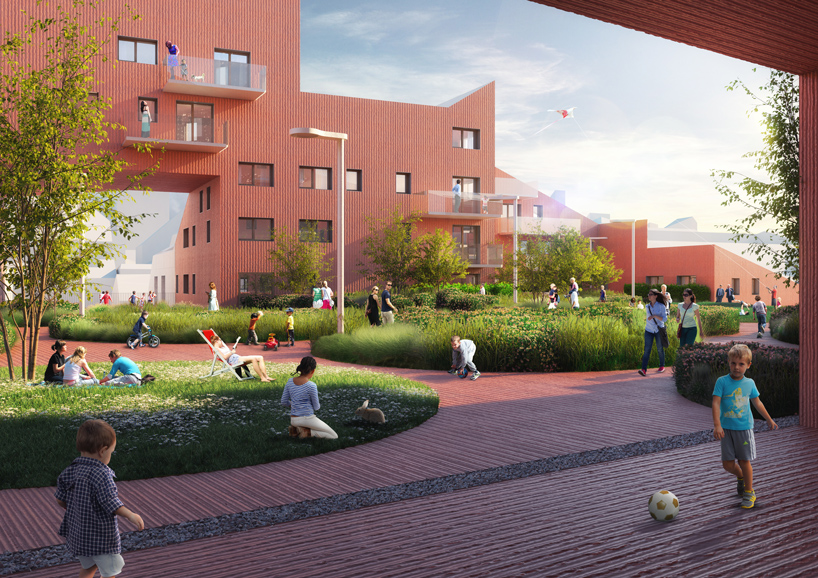 the larger building on the riverfront boasts a distinct gold-splashed façade with different shades of ceramic tiles that lend the scheme a textured appearance. a glass-fronted rooftop restaurant offers panoramic views of the historic city, while a public courtyard includes a garden of birch trees, alder plants, and tall grasses. initiated by kaufman & broad and adim, ‘ilot queyries’ is part of an ongoing masterplan that aims to establish itself an inviting, attractive and green extension of bordeaux’s city center of bordeaux. the development will include a mixed program of housing, retail, offices, education, and other public facilities. 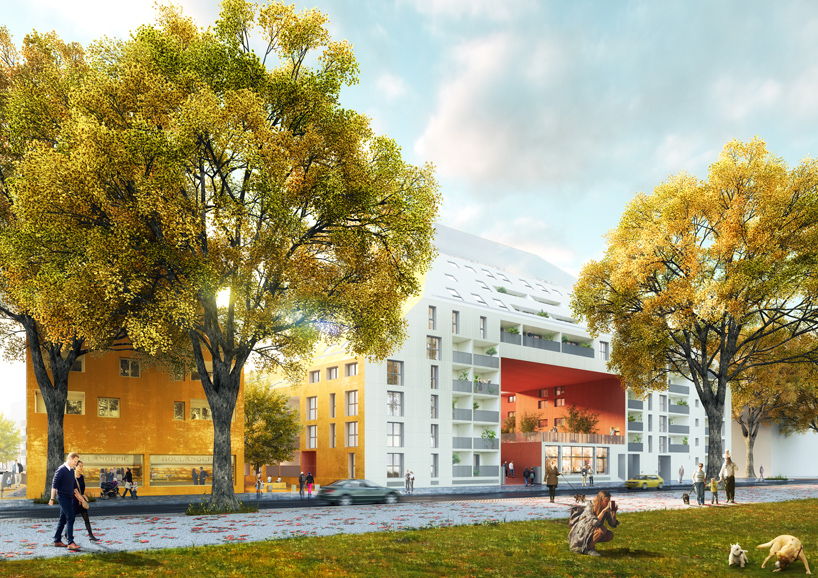 angled façades have been used to ensure maximum ventilation, daylight, and sun

in 2011, during the competition phase, MVRDV worked with joubert architecture (JA) before plot divisions were made. the site’s main building is designed by MVRDV, while other plots are designed and developed by both flint and JA. the landscape design is in collaboration with sabine haristoy and flint. now under construction, ‘ilot queyries’ is scheduled to complete in mid-2019. MVRDV’s other projects in france include collective housing in rennes, a brownfield generation masterplan in caen, and urban shopping mall transformations in paris and lyon. 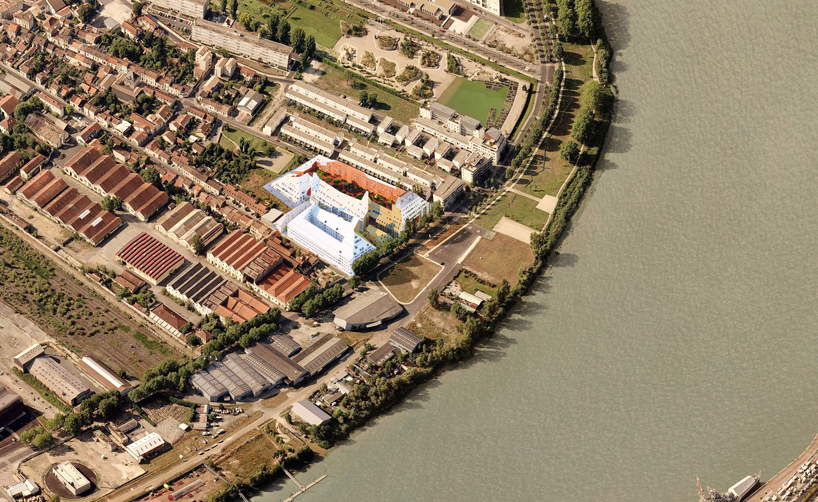 pavilion-like housing is found at the rear of the site, while larger structures are positioned towards the river