in may 2013, dutch studio MVRDV won a competition to transform a port-side area of caen presqu’île in normandy, france. with the project now in development for two years, ‘la grande mosaïque’ masterplan has already seen a series of projects under construction, with many more set to break ground. the 600 hectare project tackles the problems caused by the area’s rapid de-industrialization, integrating the historic aspects of the site with the natural environment. the plan includes housing, offices, public space and infrastructure. in a move to engage the local community, an exhibition of MVRDV’s works — alongside the masterplan itself — is open to the public in ‘le pavillon’, an exhibition space in the old city port, until march 13, 2016. 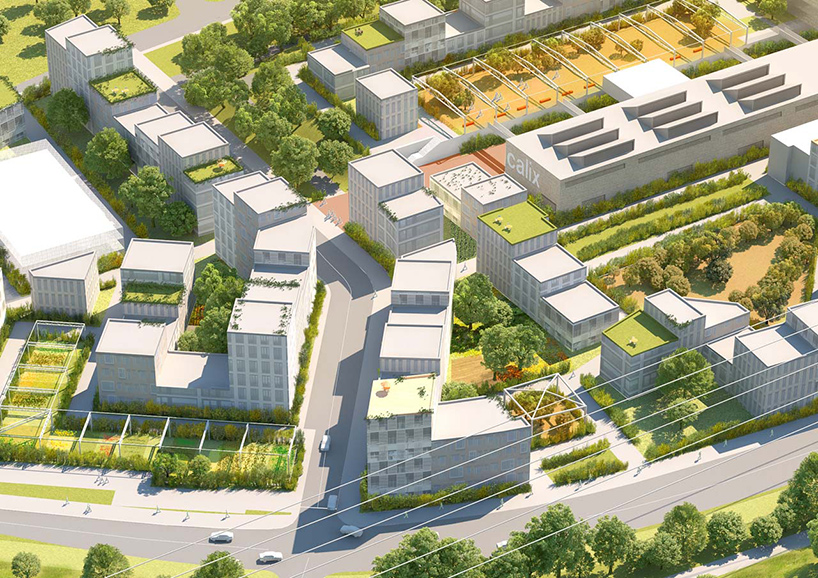 the scheme seeks to revitalize the polluted, formerly industrial area by uniting the city and its neighboring towns — hérouville saint-clair and mondeville. the precise methodology that was applied to the project led to the development of a specific spatial planning tool, developed by MVRDV, called ‘the offset’. in practice, this idea creates a secondary street network and shared public space around buildings to mediate between the existing and new parts of the scheme. the offset takes the form of an urban version of the ‘bocage’, the historic hedgerows of normandy, and gives back to the area the natural heritage that was taken from it during the industrial era. 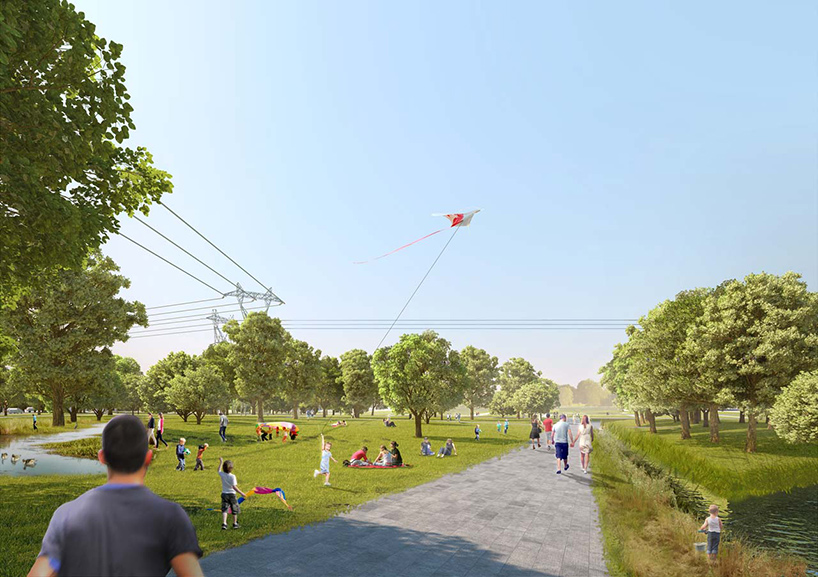 ‘through intensely layering the masterplanning rules along with various scenarios and site-specific situations the final result is a highly effective, yet visionary, mosaic of infrastructure, building typologies, historical elements and natural environment,’ explains MVRDV. ‘the design balances the need for specificity and flexibility which will allow caen and its neighboring towns to be able to cope with future development in a way that will restore the identity of the area rather than detract from it.’ 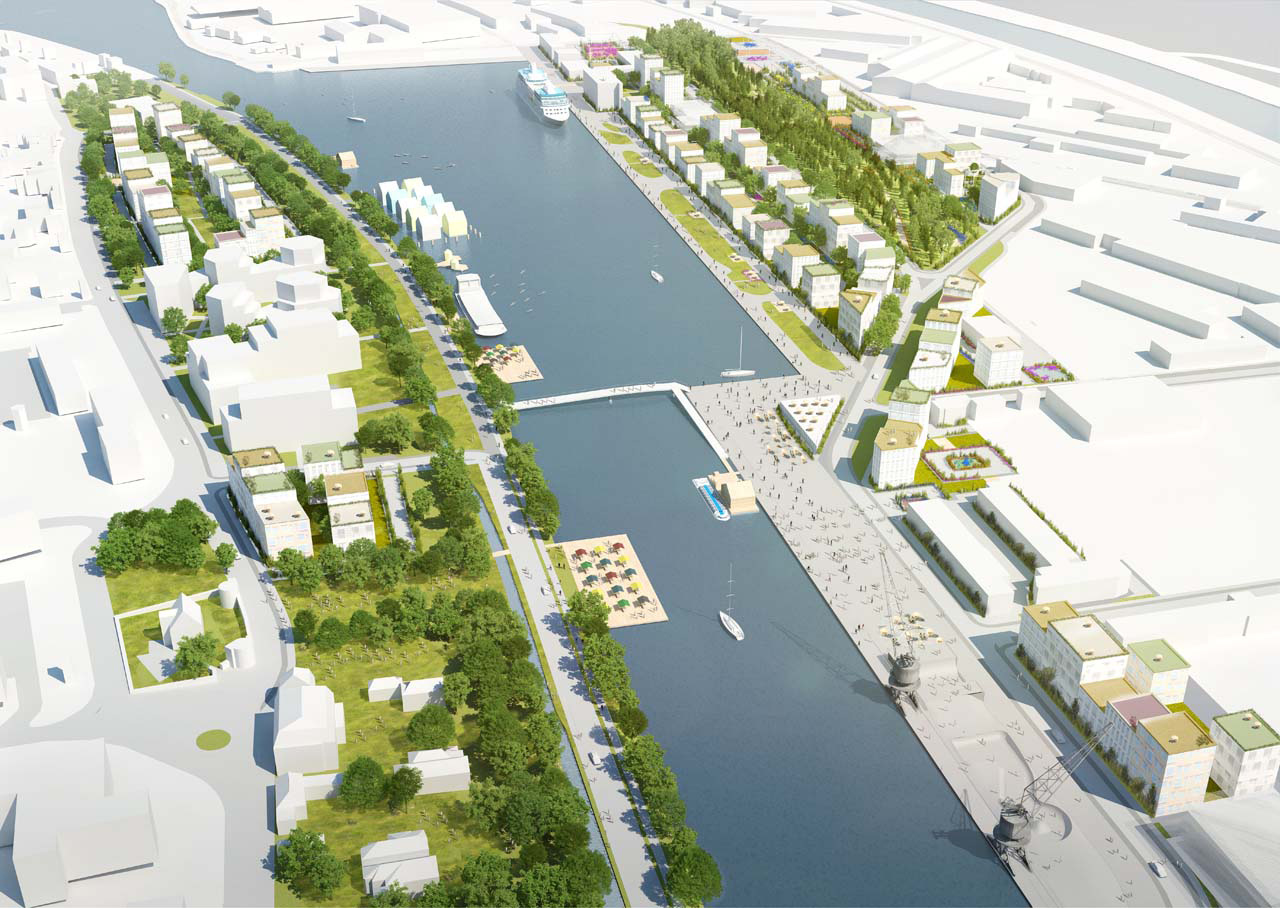 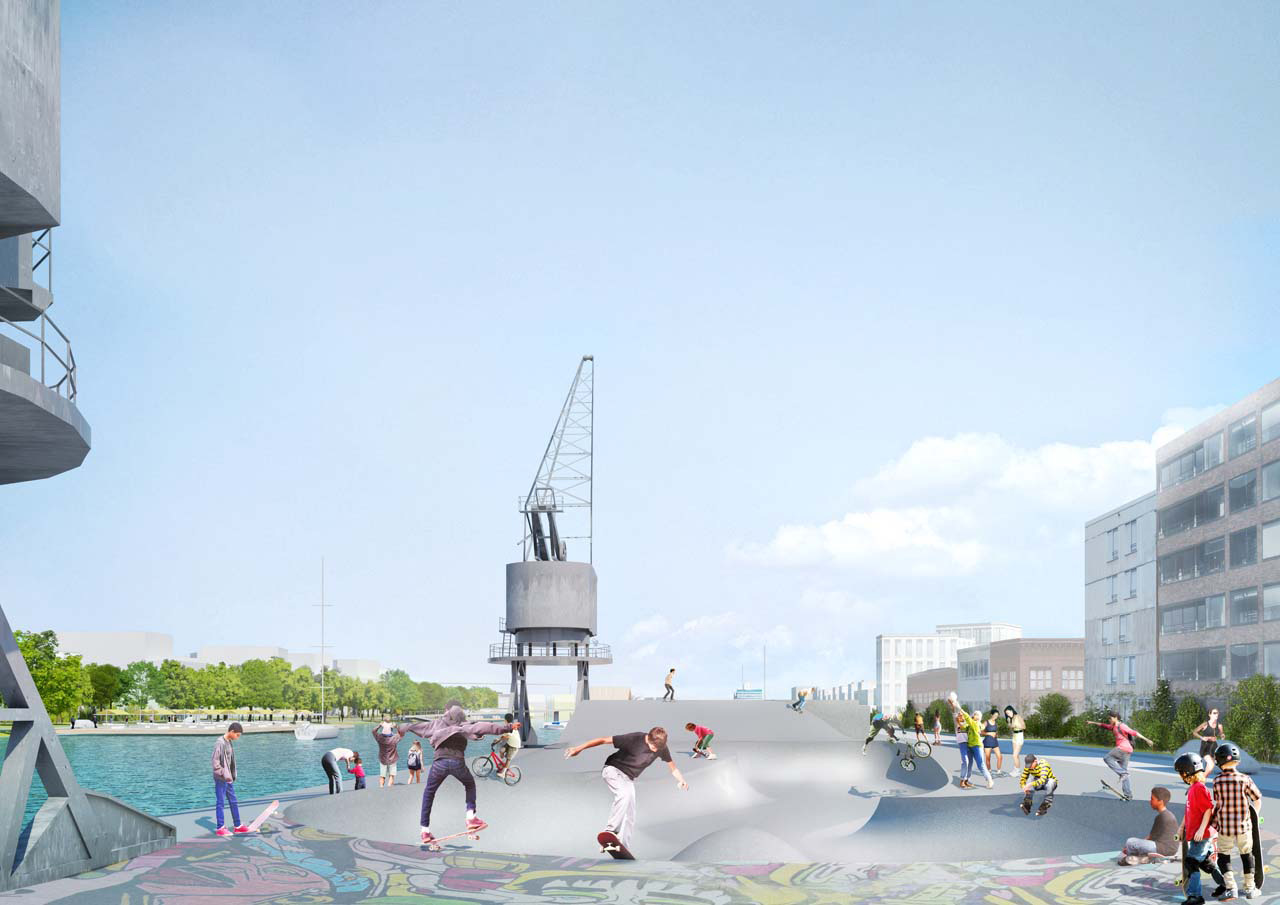 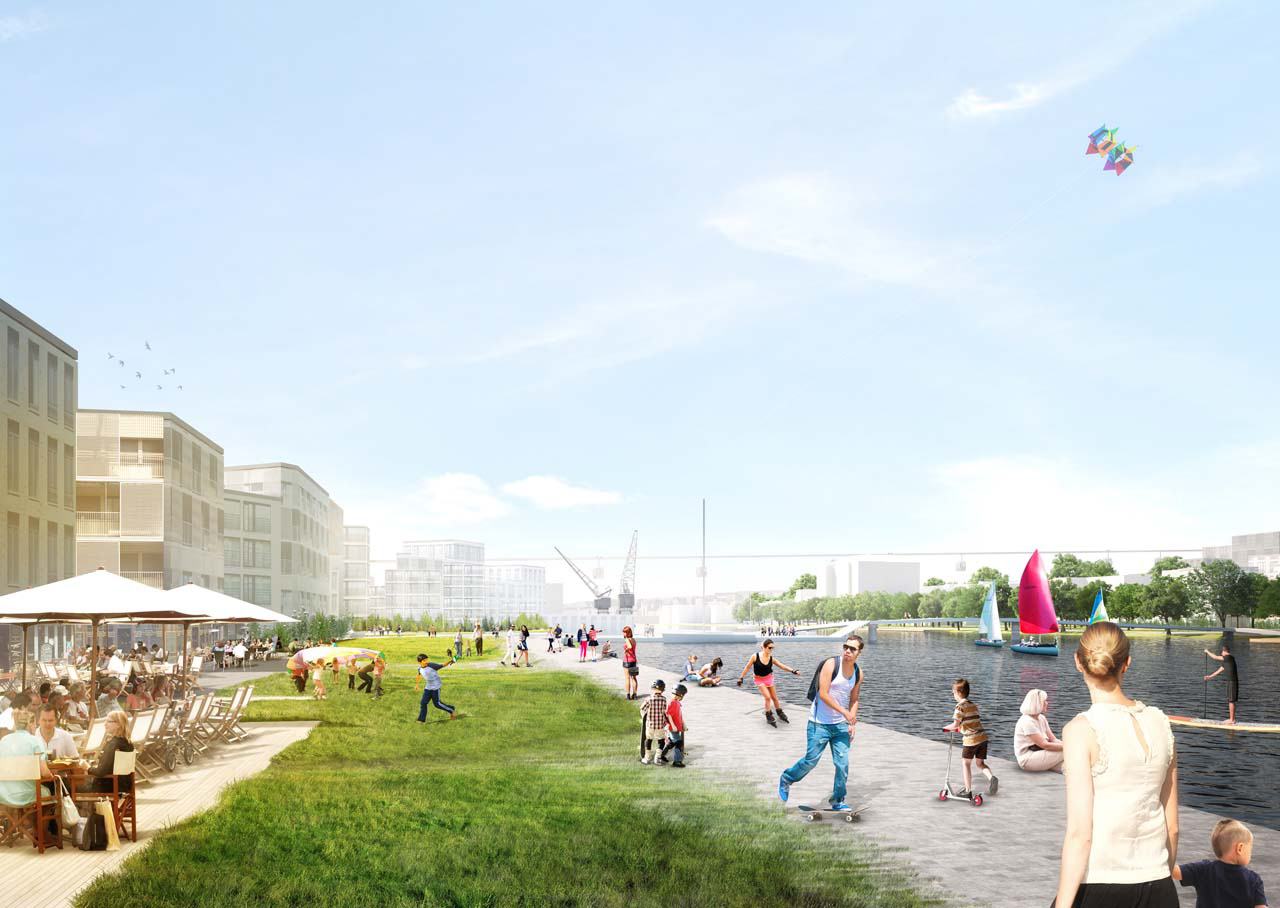 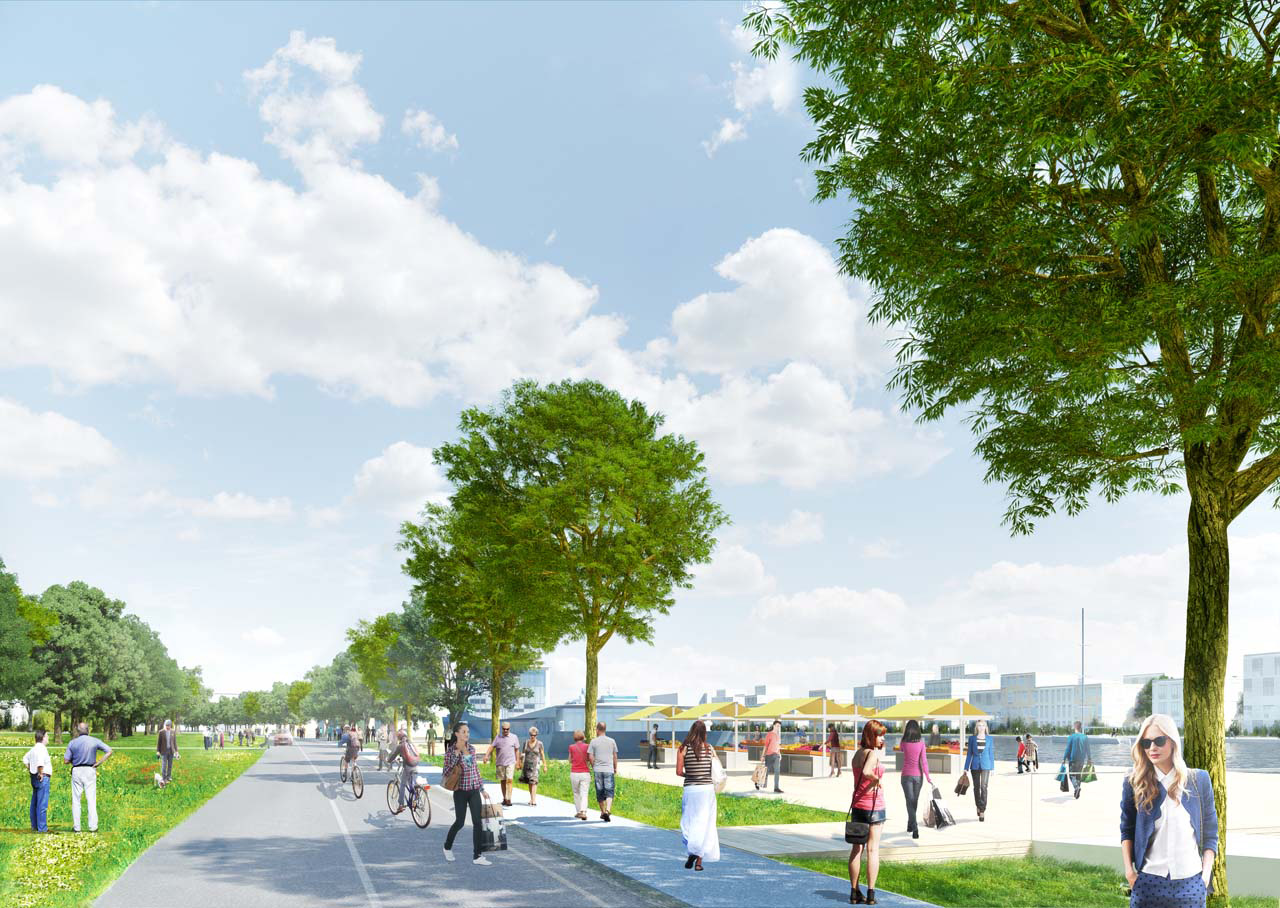 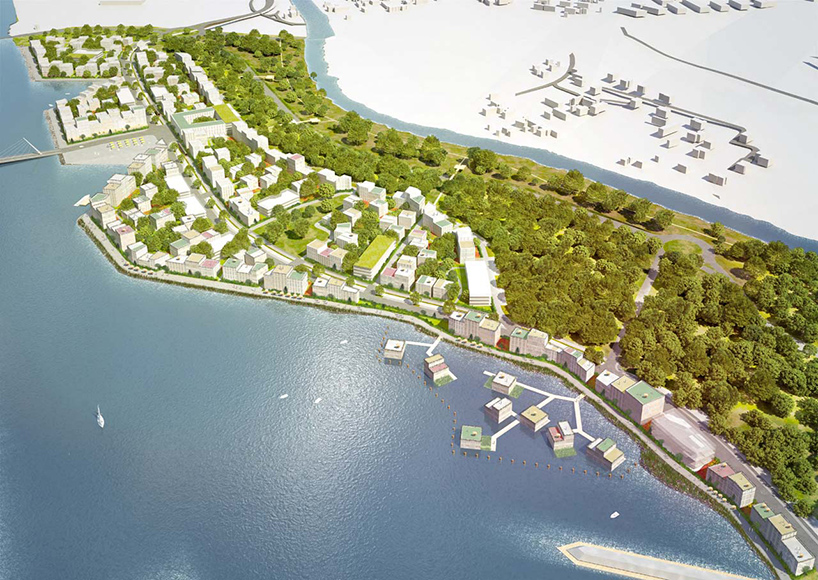 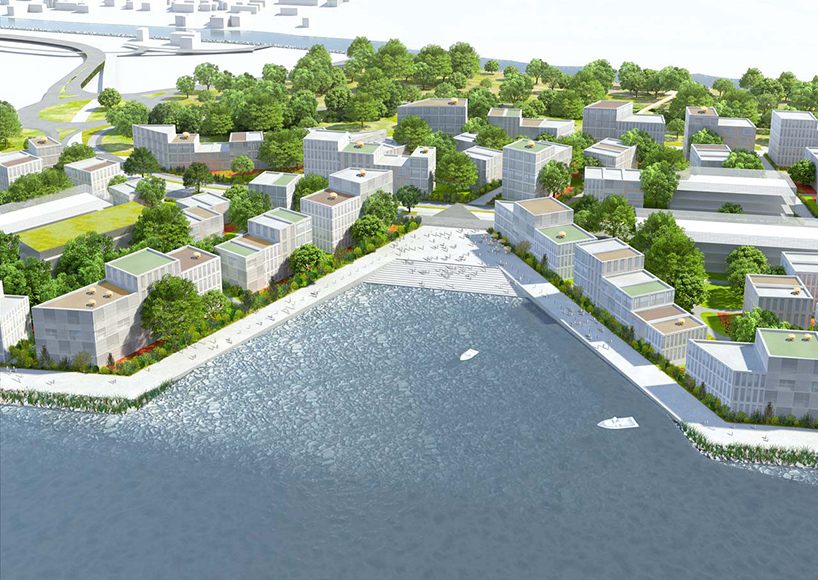 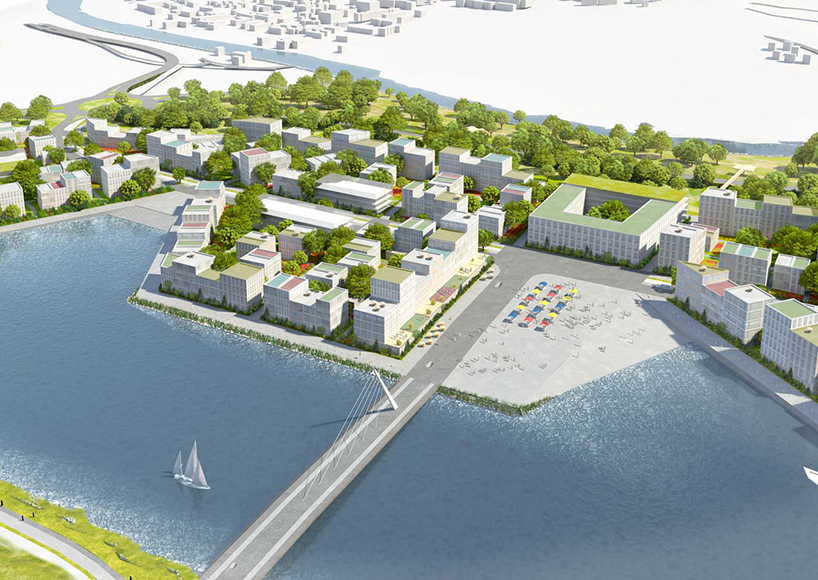 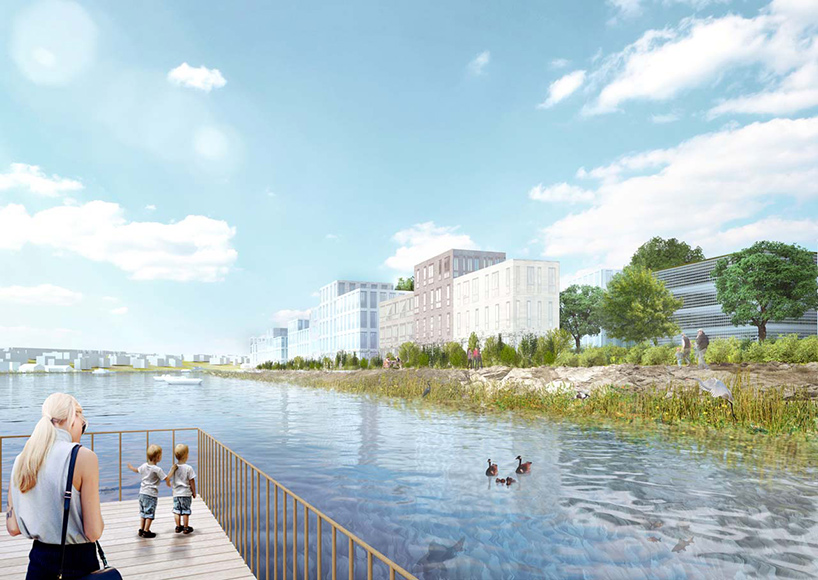 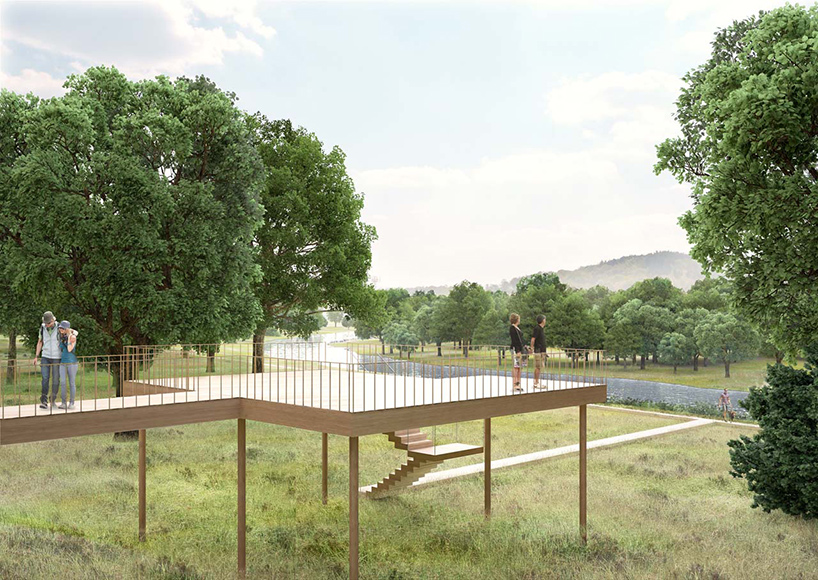 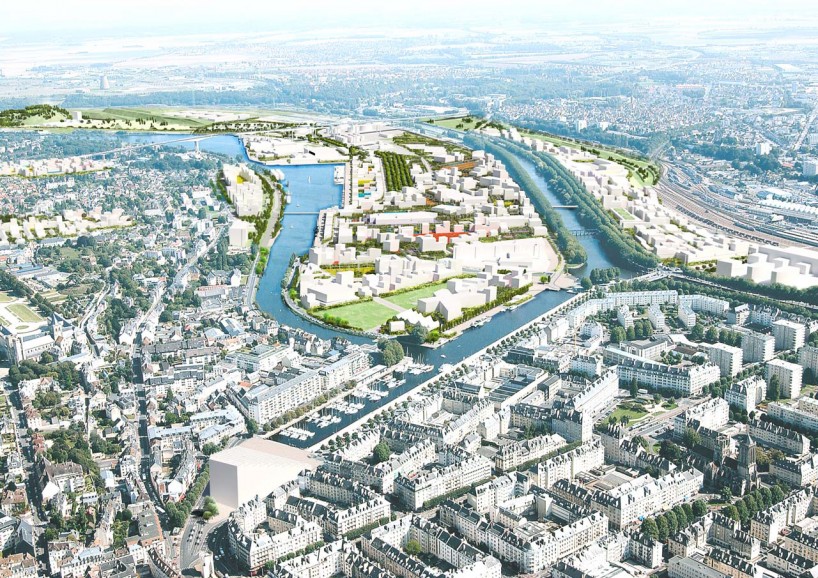 an aerial view of the 600 hectare masterplan