MVRDV has unveiled their unselected design proposal for the aquatic centre at the 2024 paris olympic games. designed as an antidote to the ‘trendy’ and iconic’ olympic venue, this competition entry prioritized the needs of the area in order to create connections between neighboring locations, resulting in a vertical park and ‘green lung’ within the city that blends seamlessly into its surroundings. 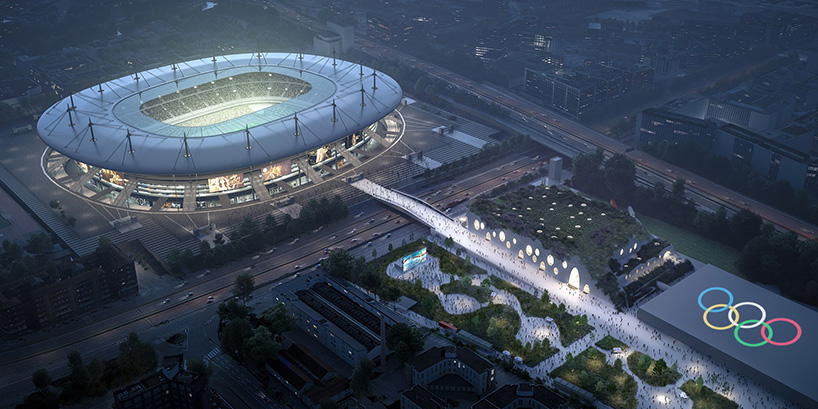 surrounded by ‘iconic’ structures, MVRDV’s paris olympic aquatic center proposal distanced itself from this while aiming to solve the problems the area presented: pedestrian connections, green space, and the lack of amenities for the neighborhood — in particular, for the residents of the concerted development zone (ZAC) of plaine saulnier. rather than competing with the stadium for attention, the shape of the aquatic center is essentially a simple rectangle, with spaces for sport – including an indoor climbing area, fitness and meditation zones, a splash pad for children, coworking spaces, and a restaurant – arranged around the central space holding the olympic swimming and diving pools, with seating for up to 6000 spectators. 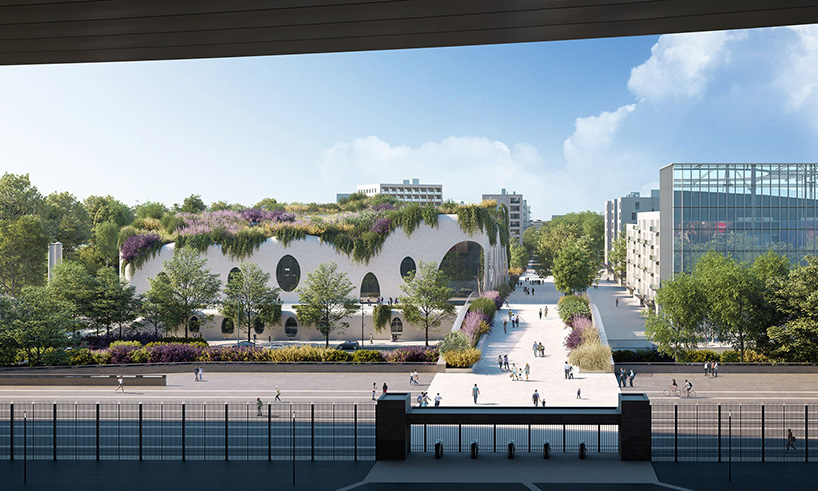 the modest design approach continued all the way to the exterior surfaces including façade, roof and paving, which all presented a light-colored, low-carbon concrete with gently curving edges giving the impression of a continuous sheet that has been draped. the roof also holds the building’s signature feature — an explosion of greenery that takes over it. smaller grasses and shrubs cover the center of the roof while larger plants up to 2 meters tall have been placed closer to the roof’s edges, where the structure can support a deeper soil layer. at its very edges, the roof slopes downwards. these sloped edges reveal this green landscape to passers-by, with hanging plants at the very edges of the roof only adding to the impression of the diverse natural landscape behind. 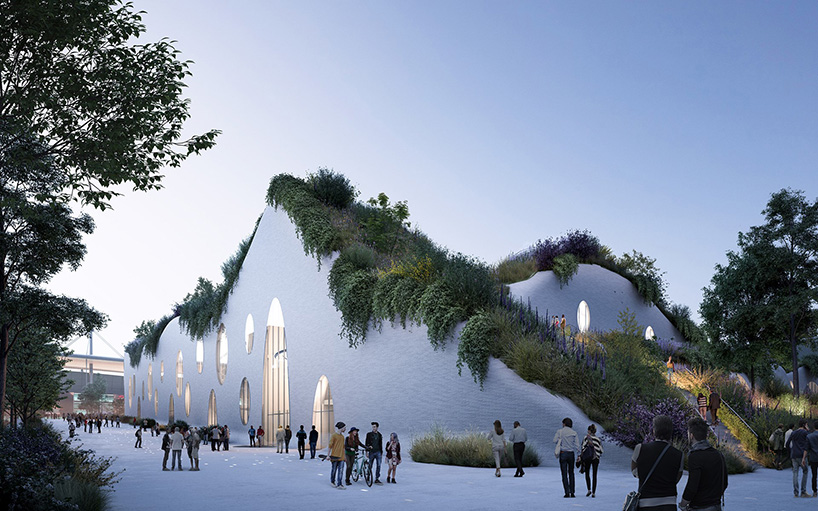 this green roof offers great benefit to the area in terms of sustainability, with this ‘green lung’ of over one hectare within the city helping to improve air quality and lower local temperatures. unlike the western façade, the roof is not accessible to visitors making it a perfect attraction not only for plant biodiversity, but for animal biodiversity as well. inside, oval windows and skylights provide excellent daylight for the pools, reducing energy consumption, while significant effort was made to reduce the water consumption in the pools themselves. thanks to the partnership with engie, 80% of the energy used by the building would come from sustainable sources. 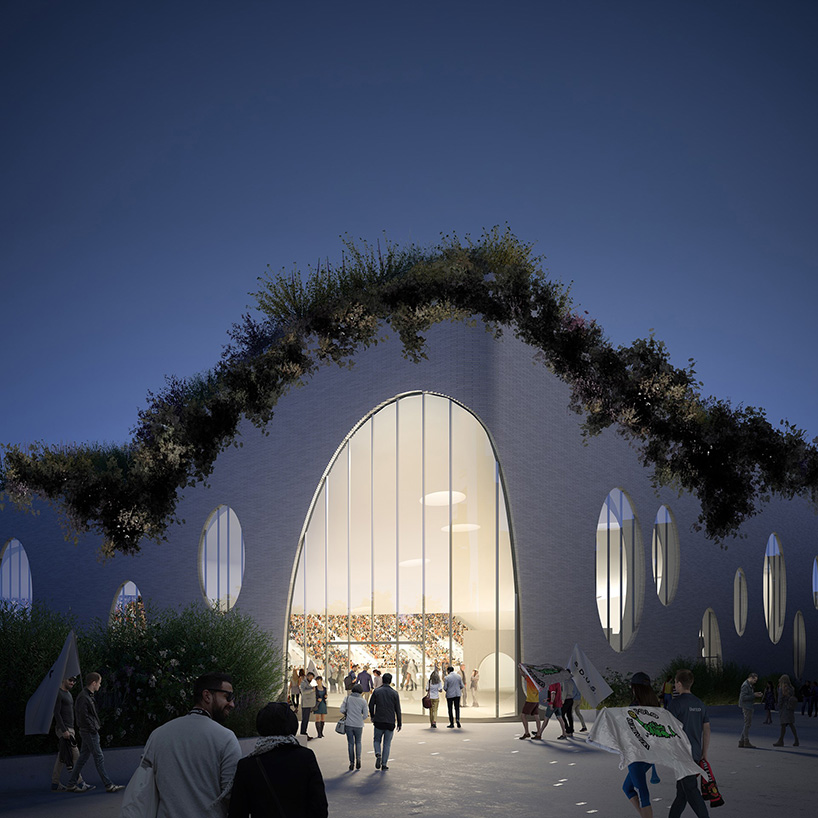 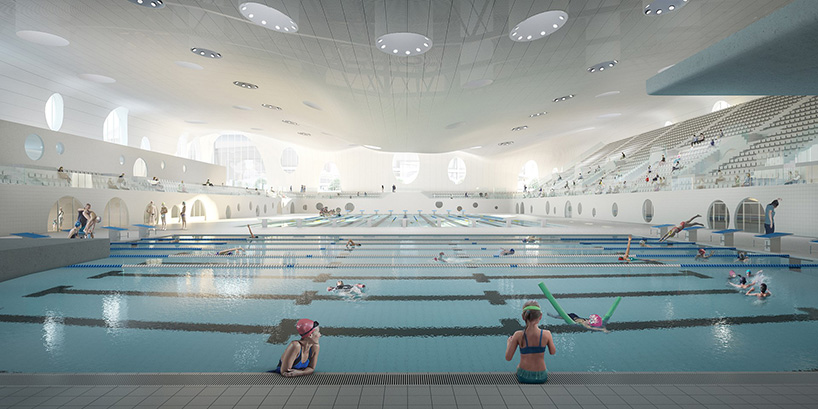 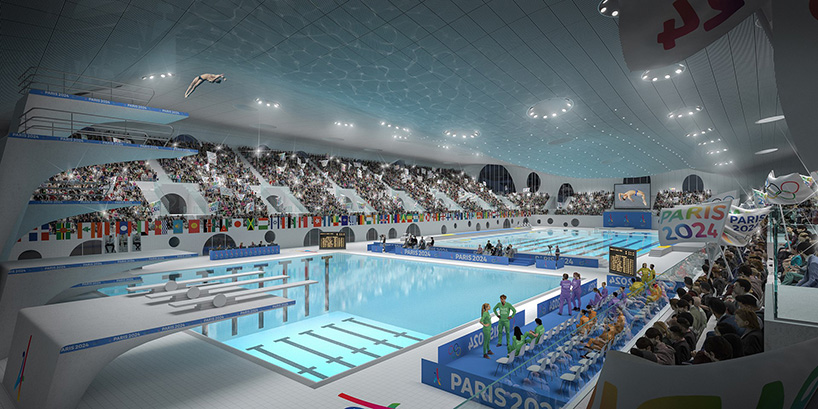 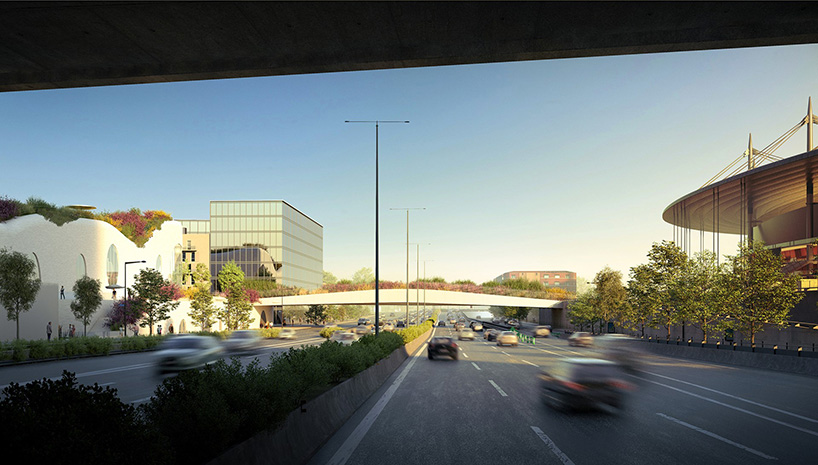 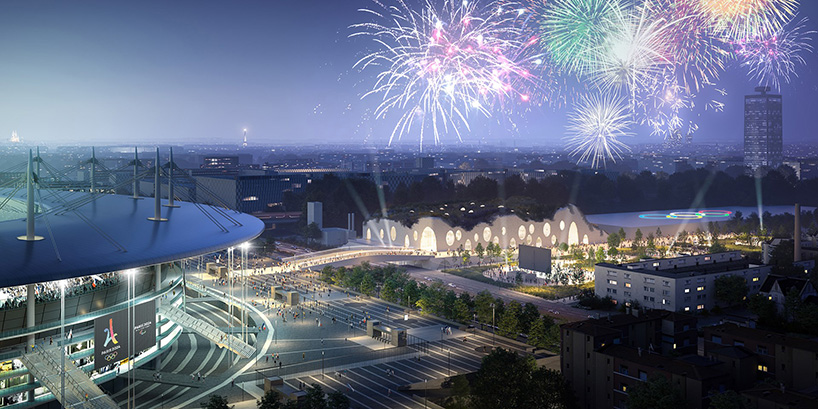 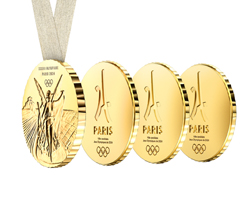