it has been announced that dutch studio MVRDV will renovate lyon’s part-dieu shopping center, as part of a major regeneration of the area. the scheme looks to redefine the public space through the creation of terraces and gardens that step up into the retail complex. the redesign maintains the mall’s original identity through the re-use of its distinctive yet run-down façade, which has been designed to ‘evaporate’ as it reaches the new glazed extensions that open up onto the street. 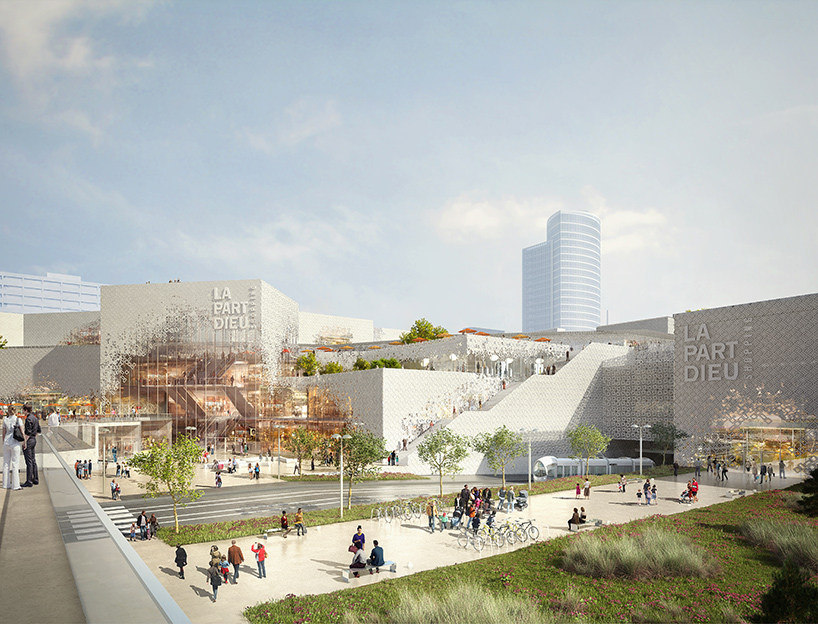 terraces and gardens step up into the retail complex

housing a range of commercial, leisure, and public space, the design restructures each side of the mall, opening up the building to the street and adding a vast public roof garden. simultaneously, through re-arranging the existing program and replacing the old car park, MVRDV has increased the usable space of the building — adding a total of 32,000 square meters. the lower levels accommodate retail outlets, while the upper storeys host restaurants, parks, and a cinema. 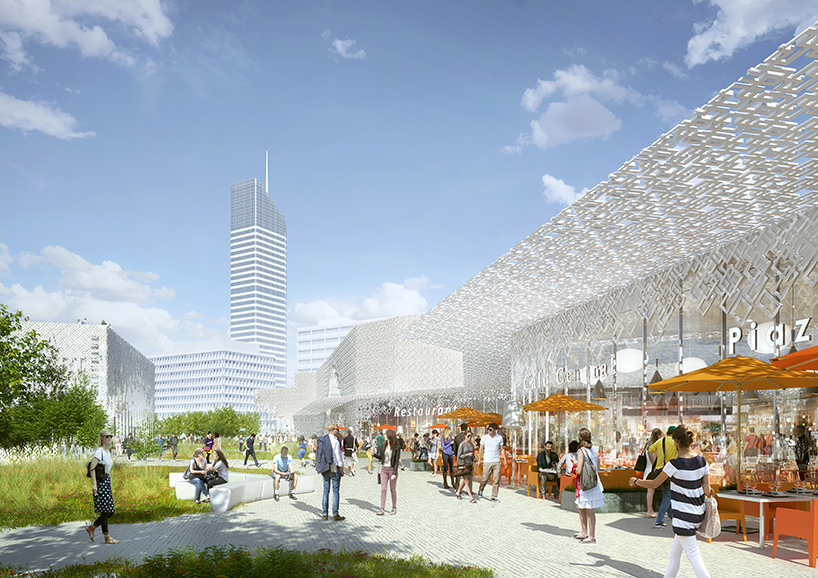 importantly, the scheme seeks to integrate itself within the existing urban fabric. the street is not only extended through the building, but also over it with stairways and escalators. terraces on the southern façade provide a direct connection with the library, while the restructured main entrance offers access to visitors arriving from the nearby railway station — also due to be renovated.  ’the terraces turn the vast roofs of the shopping center into open, green space in which the public can meet and relax; a quality that is currently missing in this area,’ explains MVRDV co-founder winy maas. ‘by rearranging the program, we create an urban platform that is somewhere between tranquil park and vibrant market square, recreating an atmosphere inspired by the lyon riverside.’ 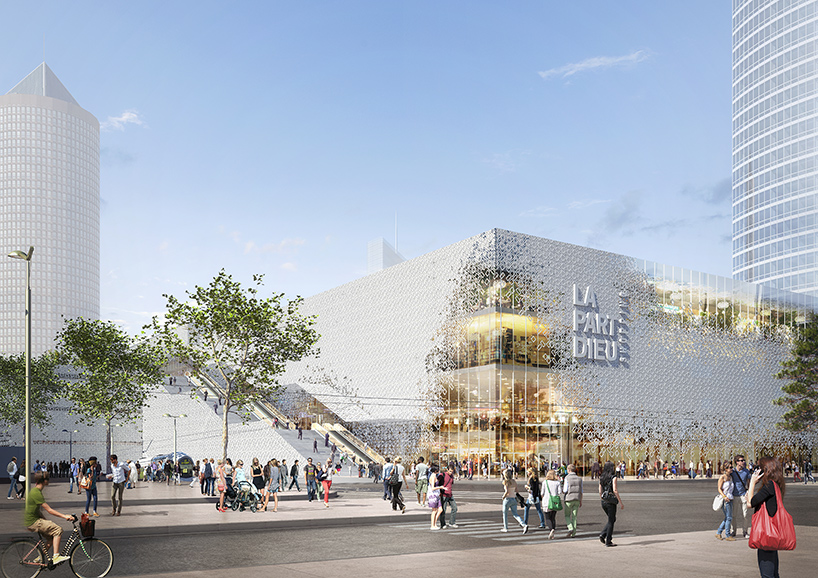 the redesign seeks to maintain the mall’s original identity

the existing façade will be revitalized and reproduced across the new structure — throughout gardens and carparks. the formerly beige concrete panels will receive a dirt repellent white coating, while extensions will feature the same pattern of interwoven rectangles. this motif will continue over the new envelope, eventually ‘evaporating’ completely as it reaches the building’s entrance. furthermore, by rearranging the existing building masses, external views are created towards the metallic tower of fourvière and the city’s basilica notre dame. continuing a sense of transparency and permeability, glazed components cover the structure, while glass openings look down into the heart of the mall below.