as the first realized structure in the ZAC gare de rungis ‘eco-quarter’ in paris’ 13th arrondissement, architecture practice MVRDV and developer ICADE promotion tertiaire have completed the office building known as, ‘pushed slab’. the 19,000 square meter facility’s design is centered around a desire for reduced energy consumption, a concept which is aided by an intended generation of approximately 90 MW/year from an array of 264 photovoltaic panels on the roof. the building expresses its seven individual floor levels, which each bend or curl in separate forms at the mass’ center to create outdoor terraces facing a courtyard void. 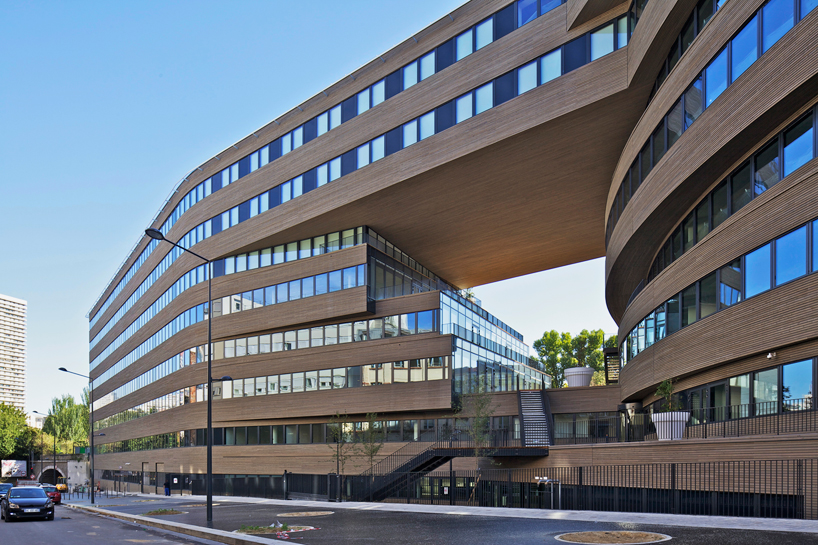 ‘pushed slab’ negotiates a site located between two dissimilar urban grids; a dense network of city blocks extends on the north while a looser fabric to the south features a clearly legible infrastructural elements. beyond meeting energy requirements and programmatic necessities of the brief, the structure incorporates a number of outdoor terraces and a garden in order to create a more enjoyable work area. the office facility has been acquired by the company banque populaire rives de paris, but is capable of accommodating multiple tenants at a time. 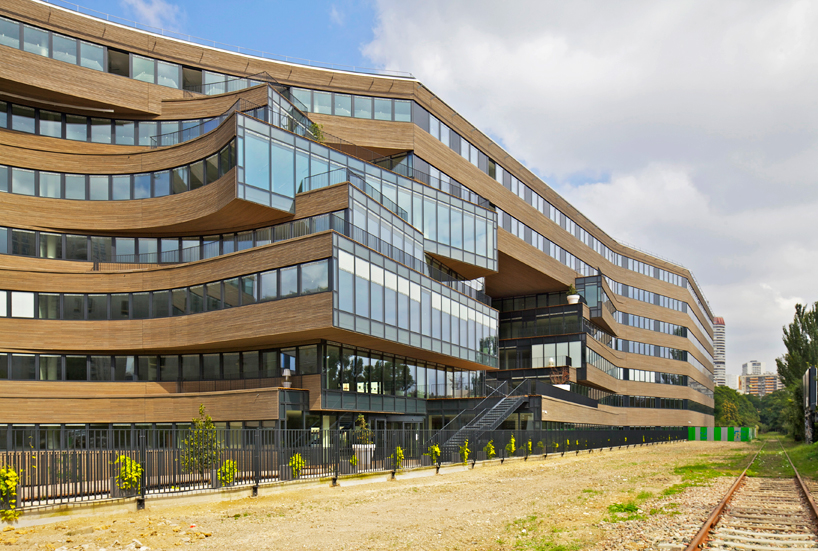 the building expresses its seven individual floor levels, which each bend or curl in separate forms
photo © philippe ruault

the curving motion of the stacked floor levels suggest the slabs have been bent until breaking, and thus produce a large covered courtyard at the center. beyond serving as a communal space for employees, the building void was included to preserve a view through the site to an adjacent historic building. 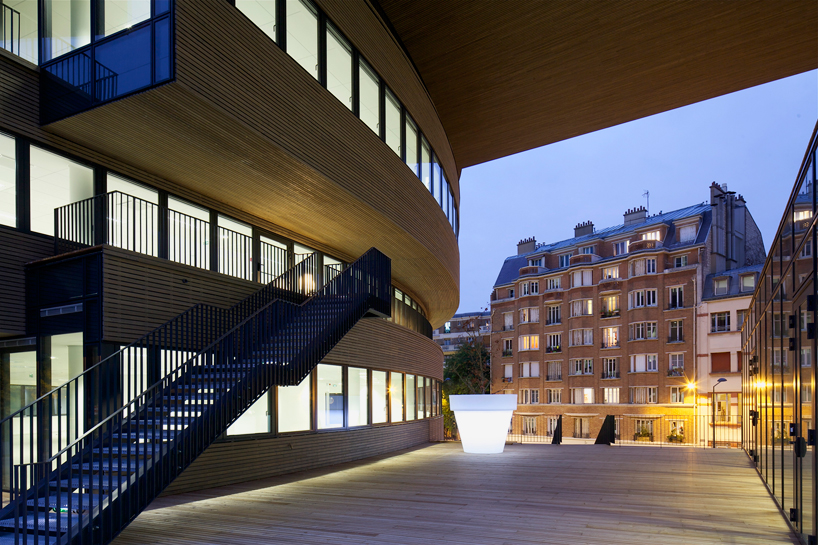 to express the building’s intentions, winy maas, architect and founding partner of MVRDV, states, ”pushed slab’ is an exemplary combination of high energy efficiency, economic reality and architectural quality. this emerged from an ambitious client, ICADE, and a city with a long term vision. the added demand of a preserved view line gave the project its exciting shape, it now respects the surrounding neighbors and it opens up its heart for a collective meaning.’ 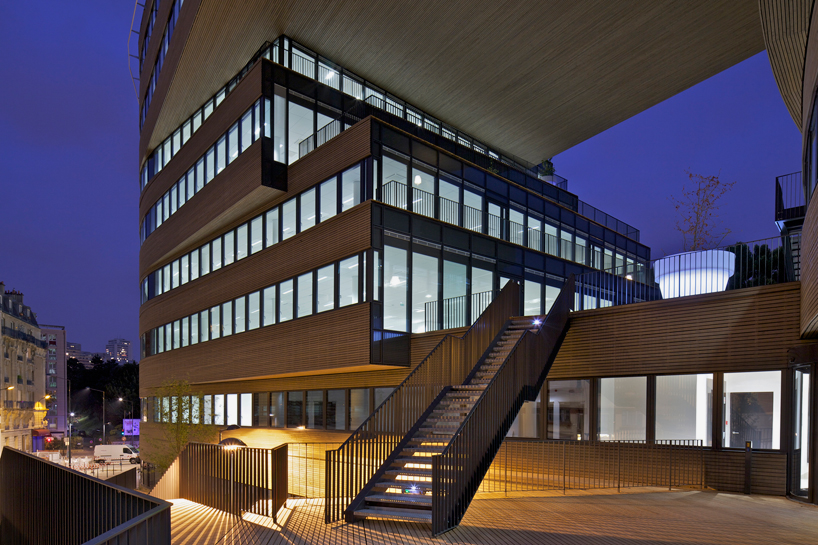 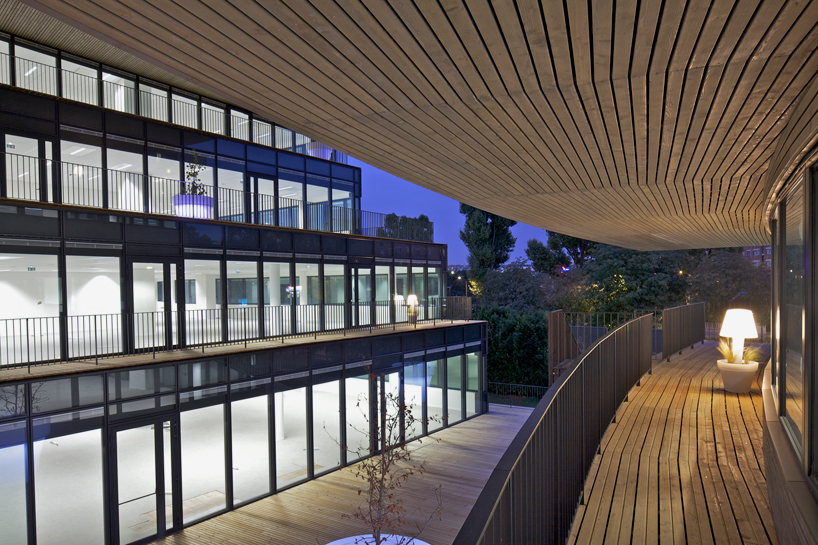 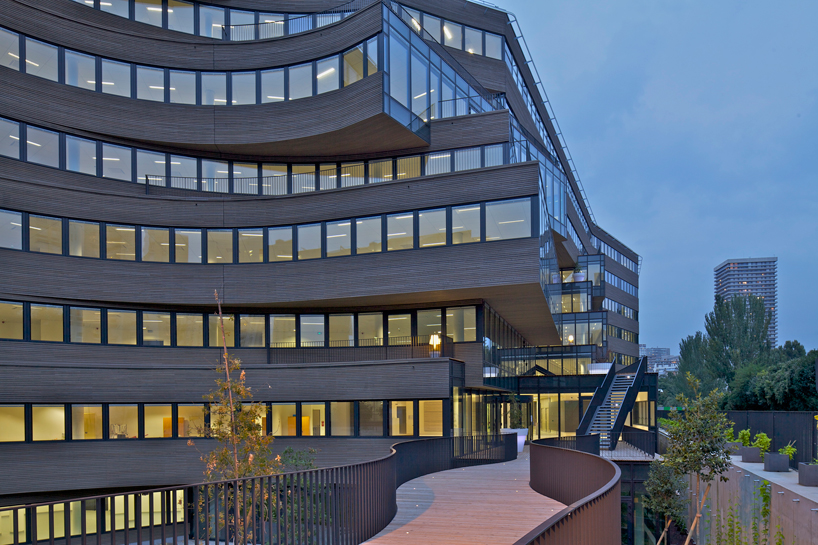 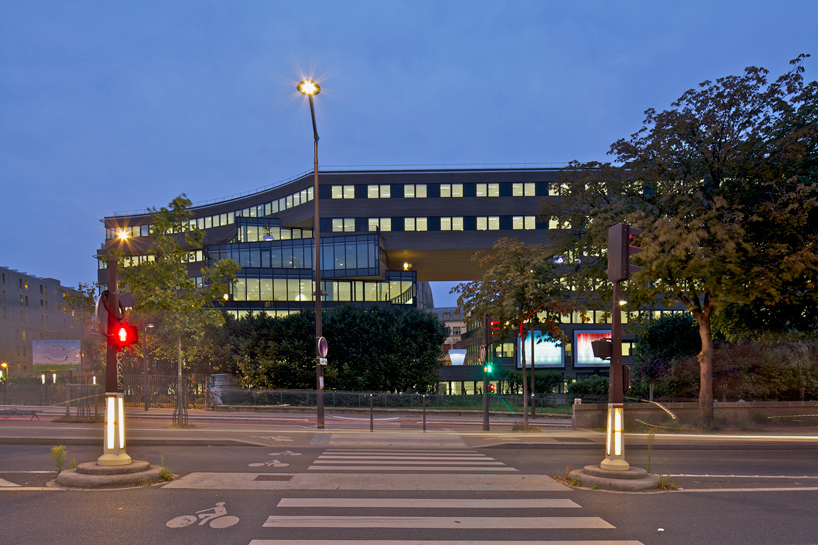 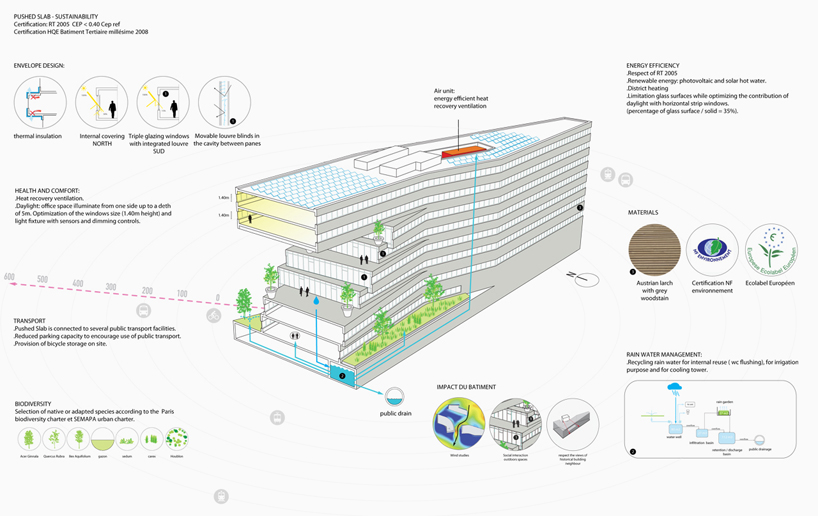