the city of paris has approved MVRDV’s plans for the restructuring of a mixed-use urban block near the infamous montparnasse tower in the ciy’s 14th arrondissement. the large complex, built in the 1970s, currently comprises a shopping center, offices, a public library, a hotel and an underground car park, all of which will be retrofitted so as to reintroduce the human scale to an environment largely characterized by wide boulevards and monolithic structures.

in addition to the new façade, the accessibility and programmatic identity of each of these programs will be improved through a total internal reorganization of the complex. the building’s restructuring also foresees extending the existing commercial spaces, creating further office space, a kindergarden, an expanded library, a conference center, in addition to a number of social housing units. 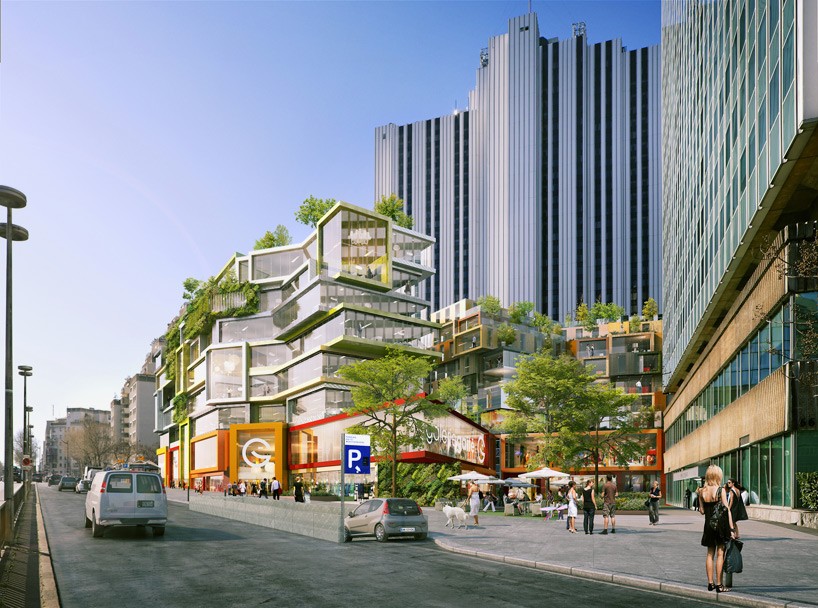 completed in the early 1970s by the french architect pierre dufau, the mixed-use block was as one of the largest urban projects implemented in paris at the time. dufau’s design is characterized by a clearly defined horizontal plinth, interrupted only by the verticality of the slender, 30-storey tower of the hotel pullman. once a landmark of the era, over time the complex has failed to adapt to the changing needs of an urban society, resulting in an introverted and self-contained block which lacks urban connectivity, discourages pedestrian activity and neglects any sense of identity. 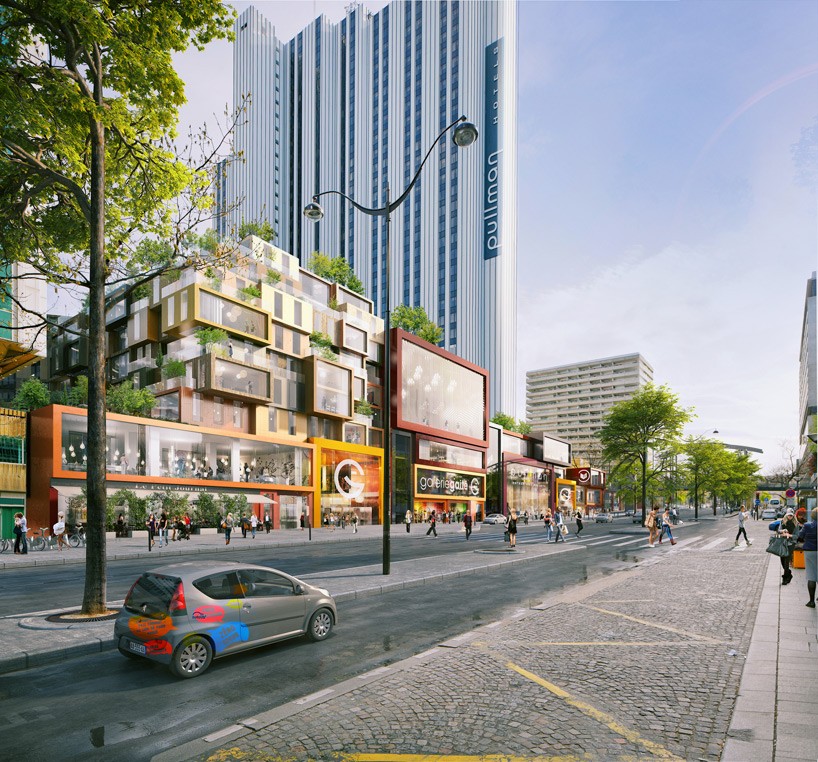 ‘this project is a fantastic chance to insert a little bit of human scale into a megalomaniacal 1970’s development in the very heart of paris’, explained winy maas, co-founder of MVRDV. ‘we will bring order to the complex building, making it accessible from all sides and intensifying its use through a higher density of programs. on its façade the building will display all of the activities that are going on inside. for this we have developed a catalogue of façade-elements that are exchangeable, so that the entire ensemble can respond flexibly to changes in use over the coming years.’ 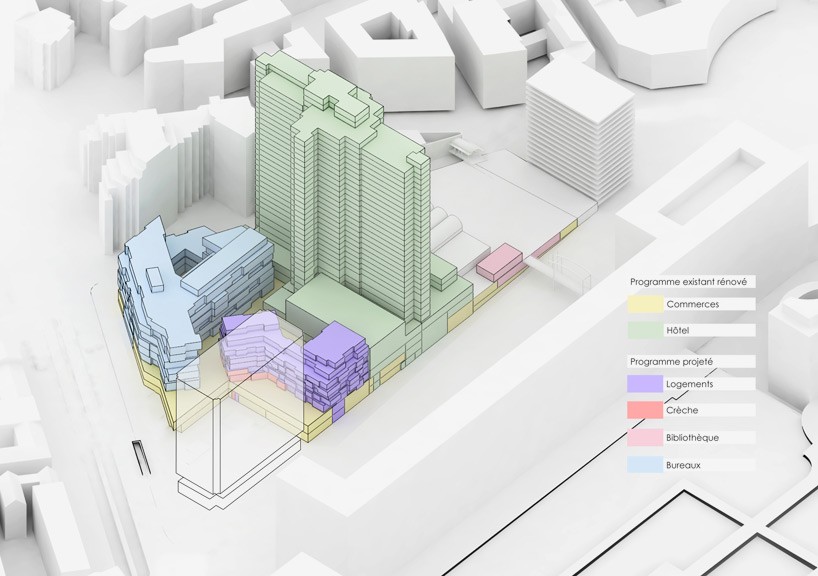 each façade is opened up to light and access as much as possible, and replaced by a collection of ‘boxes’ inserted into the existing structural frame. each box accommodates a different part of the program while being flexible with regards to future demands. based on the existing structural grid, the majority of boxes are suspended from the façade revealing the wide range of functions such as bars, restaurants, shops, a library, exterior gardens, living and working spaces. density is increased carefully while respecting the architectural language of the original design and refreshing the run down details and organization of the block.