MVRDV has been selected to build ‘weenapoint,’ a new mixed-use tower complex in the netherlands. marking the third phase of a larger development in rotterdam’s central district, the complex will consist of approximately 17,000 sqm of office space, a transparent commercial plinth, and between 200 to 300 apartments. as part of the plans, an existing building will be replaced by an urban program situated directly opposite rotterdam central station. 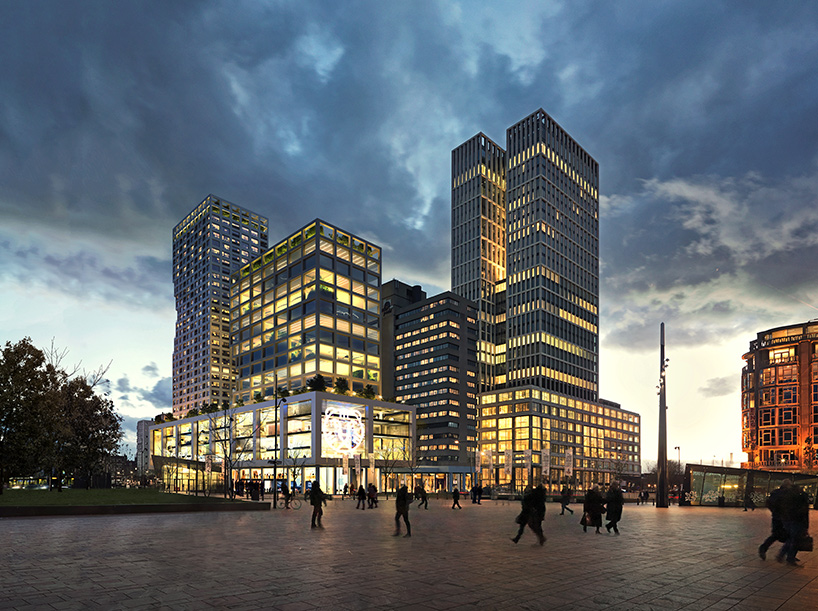 MVRDV’s design is crowned with two recessed towers that have ‘sun cuts’ at different heights to ensure light reaches street level. an important part of the design is the covered square at the heart of the building, which connects the green courtyard to the street. ‘weenapoint is an inner city location with a high density right across the train station,’ says jacob van rijs, co-founder of MVRDV. ‘our design adds a simple but strong character to the city entrance of rotterdam. we have opted for an architectural design that refers to the reconstruction period and complements existing buildings such as groothandelsgebouw and FIRST.’ 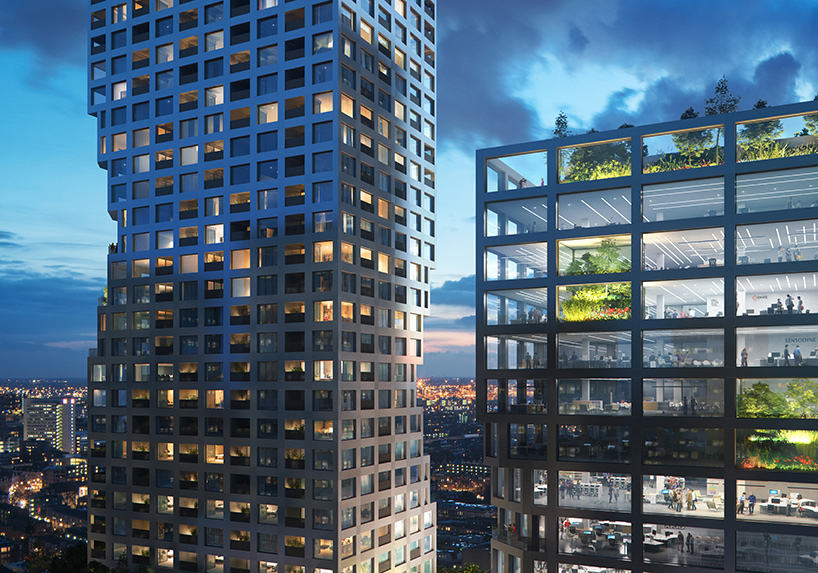 ‘with the selection of MVRDV, we choose a powerful and clear design that blends very well in the surrounding,’ adds monique maarsen, managing director, maarsen groep. ‘in the plan, each function has its own distinct and recognizable appearance, which we see as a great quality. an exciting design and a contemporary translation of rotterdam modernism which will complete weenapoint’s transformation.’ completion is scheduled for mid-2022. 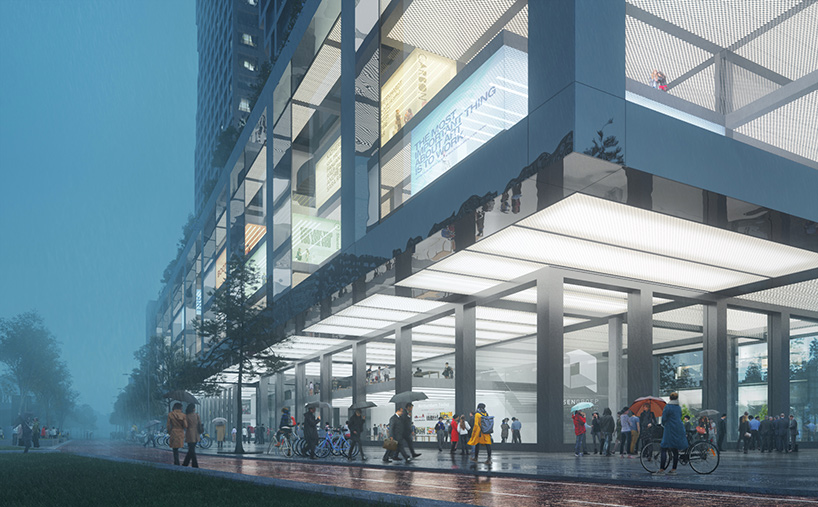 a transparent plinth is found at ground level
image © mozses 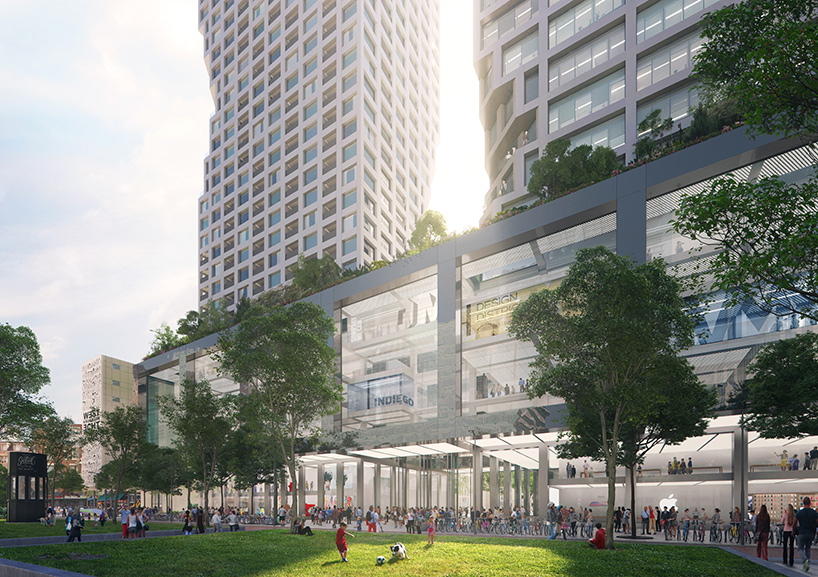 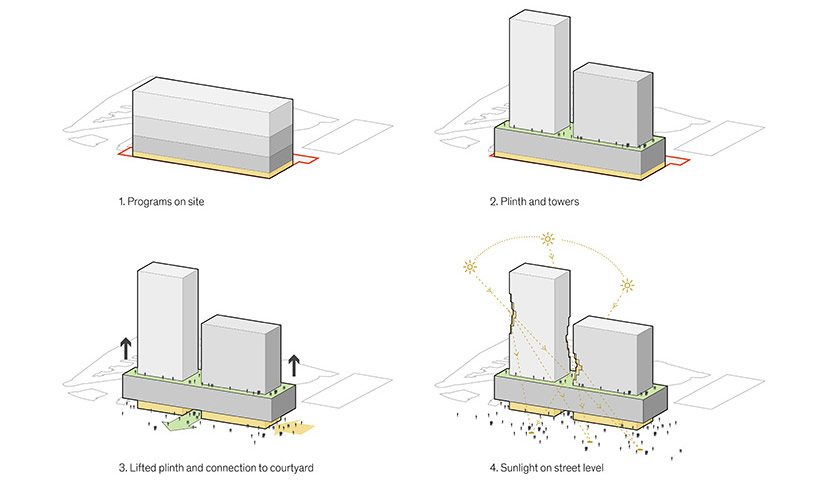 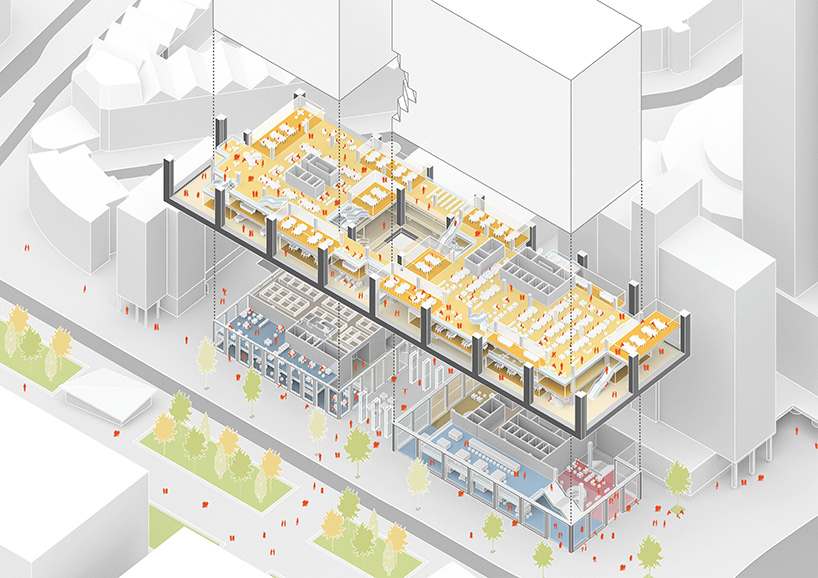 ARCHITECTURE IN THE NETHERLANDS (277)