the municipality of zaanstad in the netherlands has announced that MVRDV has been selected to complete an integrated ‘cultural cluster’ for the dutch city. the new building will neighbor zaanstad’s main railway station, city hall and the famous inntel hotel, designed as a stack of green dutch houses. the 7,500 square meter scheme will contain five local institutions, with each establishment appearing on the building’s façade in the form of a house-shaped void. 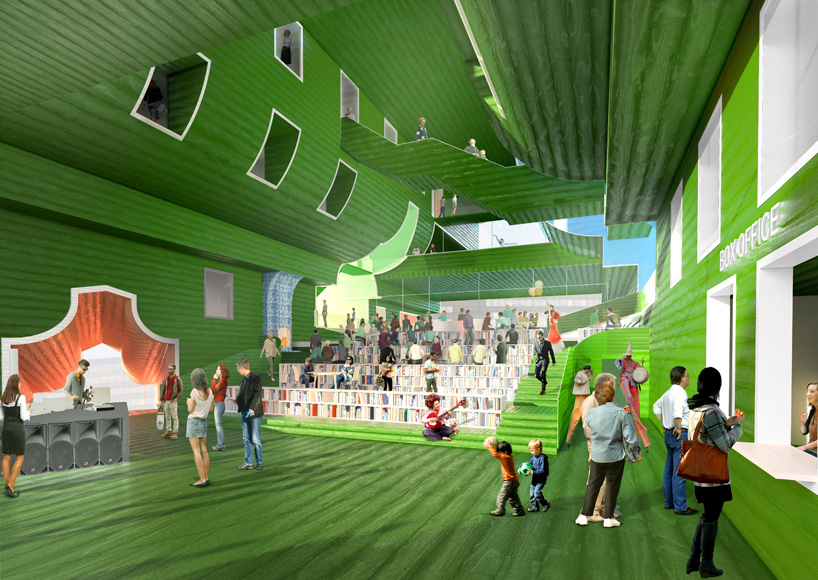 since 2001, the center of zaanstad has been transformed to align itself with the style of the nearby UNESCO world heritage site – the zaanse schans. consequently, the design team sought to continue the vernacular zaan style, while securing a clear identity for each cultural institution within the larger envelope of a single building. 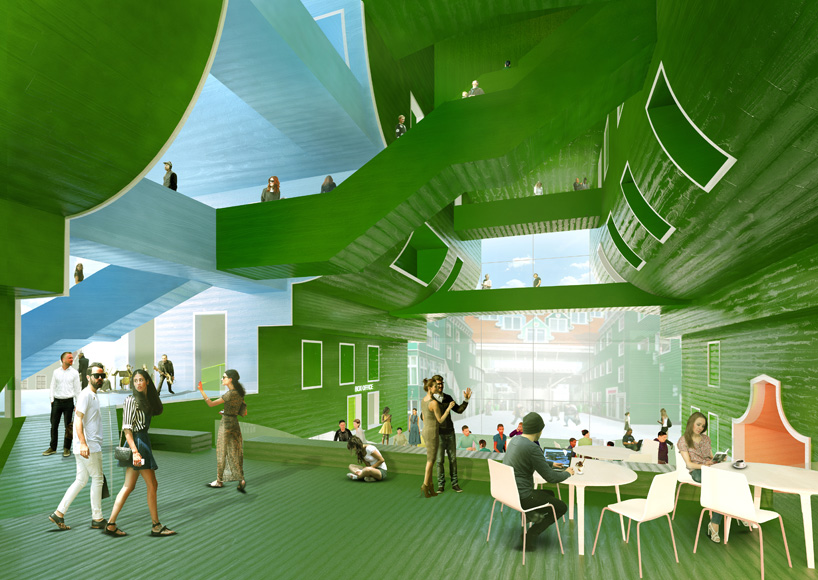 the site’s different programmatic elements are brought together

‘we started with a compact volume and then turned the typical zaan house inside out, creating an urban living room,’ explains MVRDV co-founder and principal jacob van rijs. ‘on the exterior façade a wallpaper motif contrasts with interior spaces clad in the green wooden facades so typical of the zaan region. the characteristic shape of the zaan house returns as the shape of the building’s main atrium void, a cut-out within the larger volume.’ 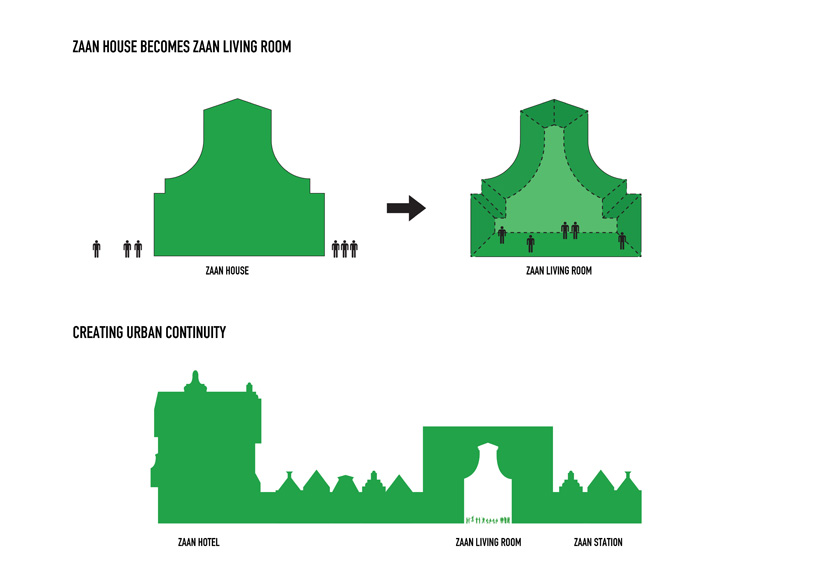 the largest space is the zaan living room, located directly in front of the city hall

inside the proposed cubic volume, the largest space is the zaan living room, located directly in front of the city hall. in this central area, the site’s different programmatic elements are brought together, welcoming a wide range of visitors. additional amenities include a film house, a library, a performing and visual arts center, a pop music hall, a music school, a center for design, and a local radio station. additionally, the cultural cluster sits on a raised pedestrian square, underneath which a bicycle parking lot and underground road will be located.

how the institutions are arranged within the singular volume

the project seeks to embody a strong sense of local identity 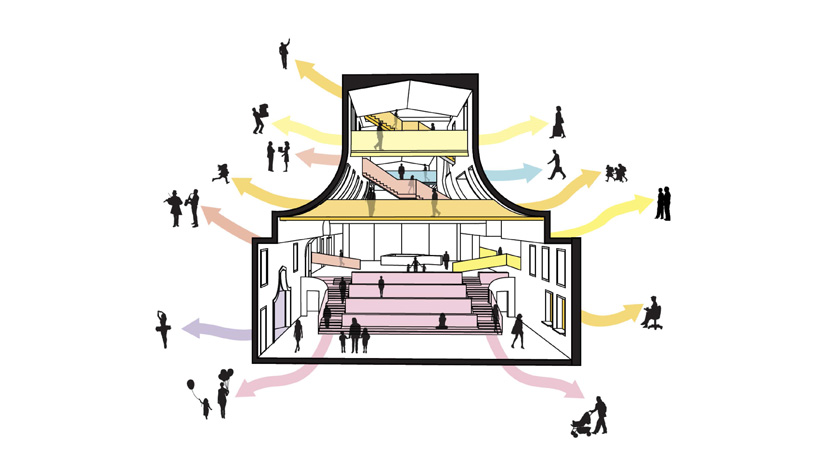 the scheme is concevied as an urban living room 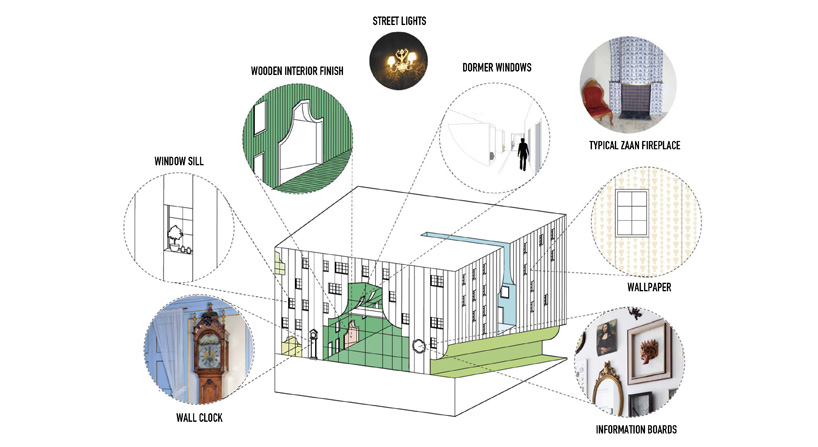 the development of the ‘zaan’ style