brooklyn-based landscape architectural firm MVVA has been chosen over four other designs to enliven the area around the eero saarinen-designed gateway arch in downtown st. louis. the multidisciplinary team led by michael van valkenburgh moves on to the planning phase of ‘the city + the arch + the river‘ competition with projected completion date to coincide with the 50th anniversary of the arch’s completion, the 28th of october, 2015.

the design proposes to rework the grounds of the gateway arch by introducing a network of finer-grained interventions that incorporate natural science, engineering, and design into a holistic philosophy of ecological urbanism. the existing gateway districts are identified and anchored with new gathering spaces. dedicated parking will be relocated for an equal distribution of traffic with remote ticketing booths scattered throughout the area. other features of the design include a cobblestone plaza between the arch and the river for outdoors events, an amphitheatre, a system of elevated canopy trails and a bird sanctuary which all result in a network of destinations and connections around the arch and river. 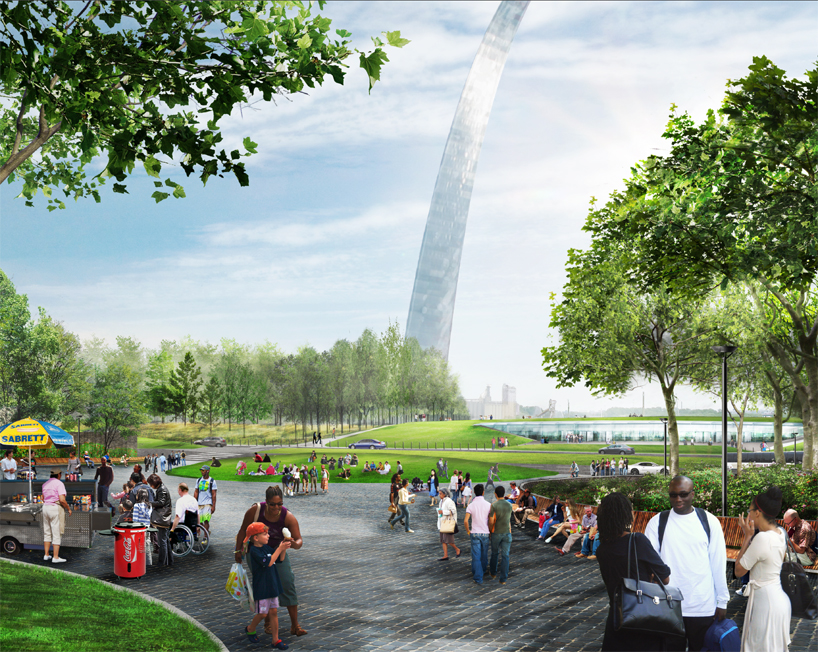 ‘the creation of a new range of more intimate experiences, based primarily in landscape, will be the main engine for the transformation of the memorial and its relationship with both the city and the river. we imagine a powerfully connective landscape that operates simultaneously in several ways – a landscape that will not only draw visitors from around the world but also serve as a new locus of civic energy in the daily lives of the citizens of st. louis.’ -MVVA 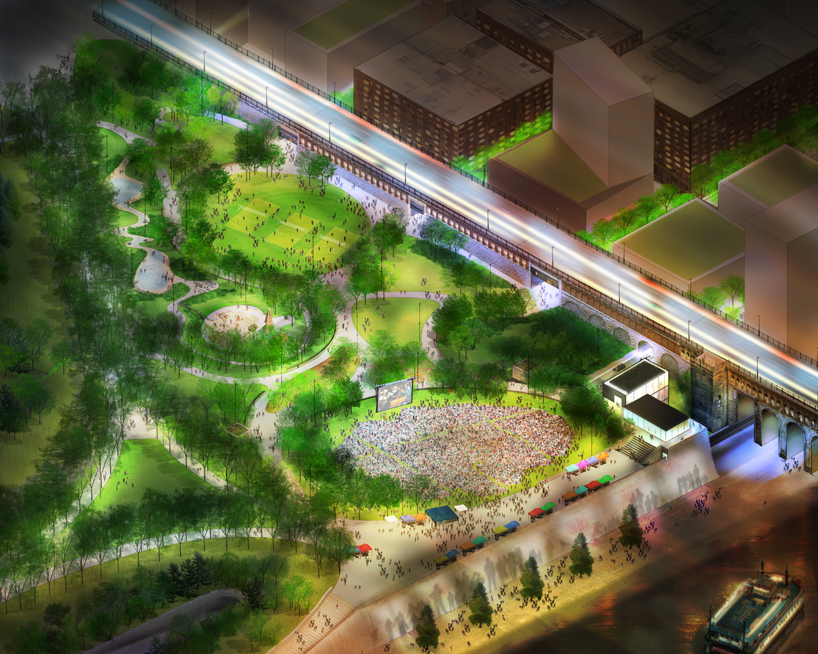 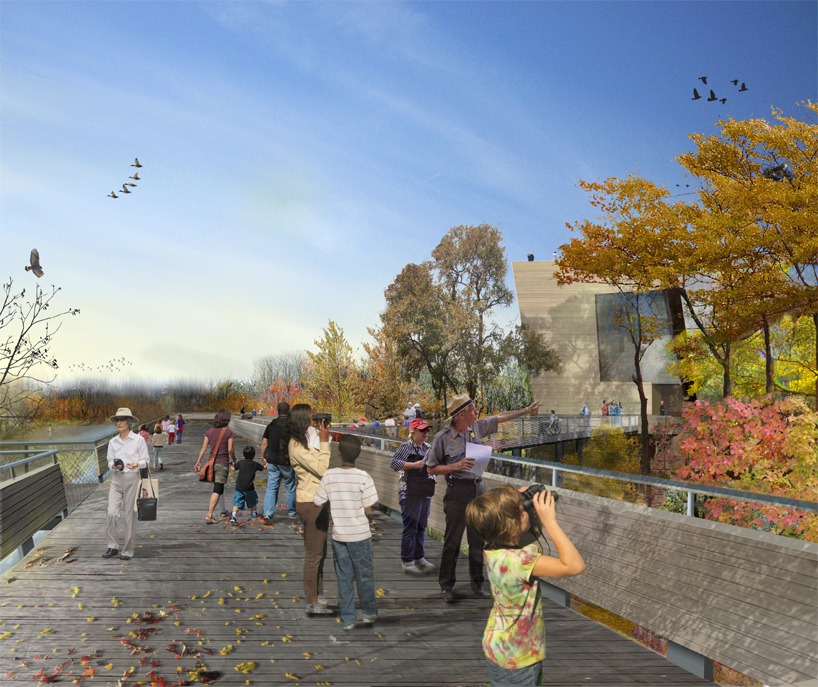 rendering of the east wetland reserve 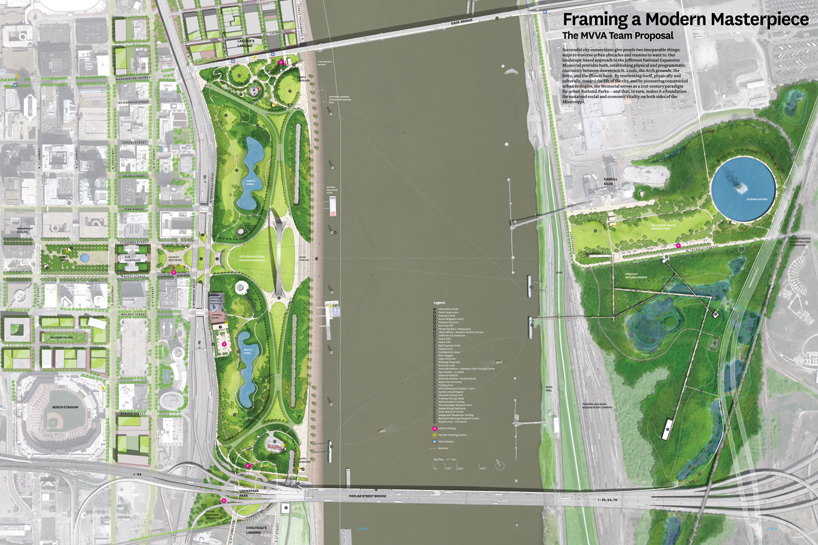 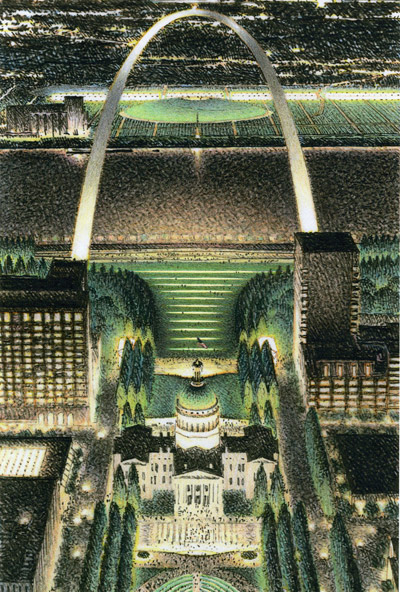 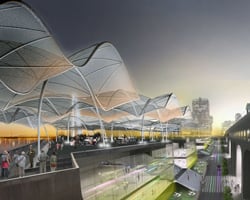 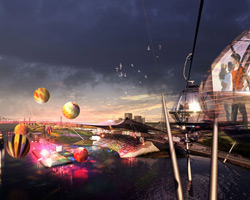