lebanon and abu dhabi-based practice MZ Architects were approached to design ‘the rock stadium’, a sports facility at the heart of al ain in the UAE.

the designers worked with the site in order to achieve a visionary design that merges architecture and landscape, blurring the boundaries of the built

and the natural to create a space that allows the visitor to interact with the desert alongside athletic activities. sunken into the cooler depth of the desert sand, the exterior presents itself to the visitor as a series of sharply inclined planes emerging from the ground. in addition to the volcanic mountain backdrop in front of which they lay, define the space of the seating and its related activities, allowing for the

conglomeration of a large number of visitors amidst a vast landscape.

taking cues from ancient examples of amphitheatres and temples, the project refers to the first greek amphitheatre that worked with the topography,

taking it a step further by sculpting the terrain, refining its elements and playing with the mass and void relationship. a grand entrance into the underground creates a monumental approach similar to the imposing entrance of the temple of anahita.

the 200,000 square meter structure is set within the jebel hafeet rocky mountains

long and narrow corridors connect the parking space to the stadium through scattered openings and perforations into the main rock façade.

breaking planes emerging from the ground and form fractured intersections to carve out passageways that lead the visitor to the entrance.

using the local materials and playing with a carefully studied palette of rock and sand, the main façade and visual panels system adhere to the

location while contributing to a sustainable construction and design approach where everything is reused. patterns are created with the

recuperated stone, producing man-made strata that emphasize the natural characteristic of the site. issues of scale, timing and activity were highly

investigated to deal with the challenging issue of  the building’s massiveness and to avoid the often voided space. blending into its surroundings, the project plays on the notion of distance to alternate between being camouflaged at distance and aforceful presence at close range.

lighting up at night displays the active evenings, generating a massive light beam that projects from the ground straight into the higher sky,

becoming a symbol, a sign and a guiding agent to the national event and place of activity in an otherwise direction-less and homogenous environment. 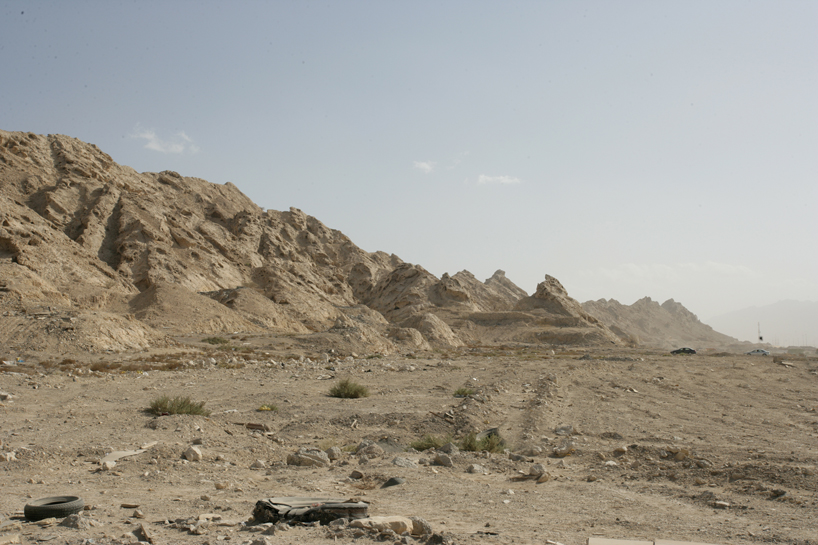 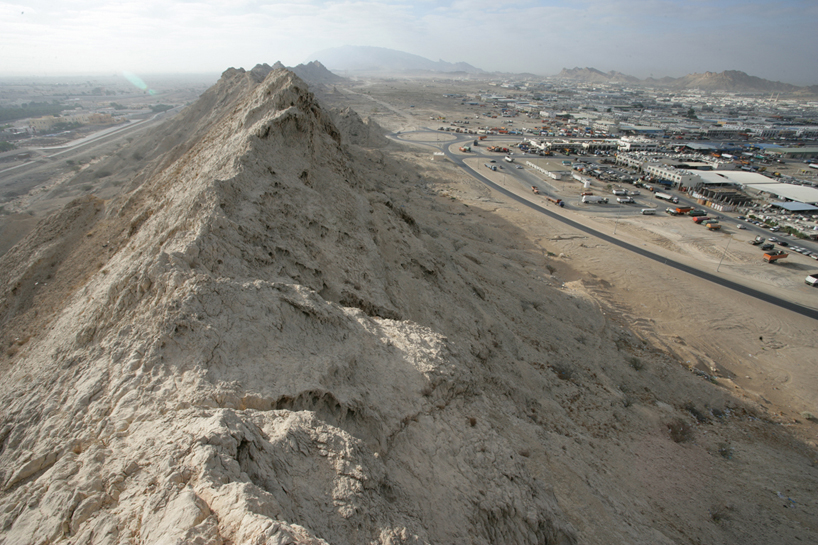 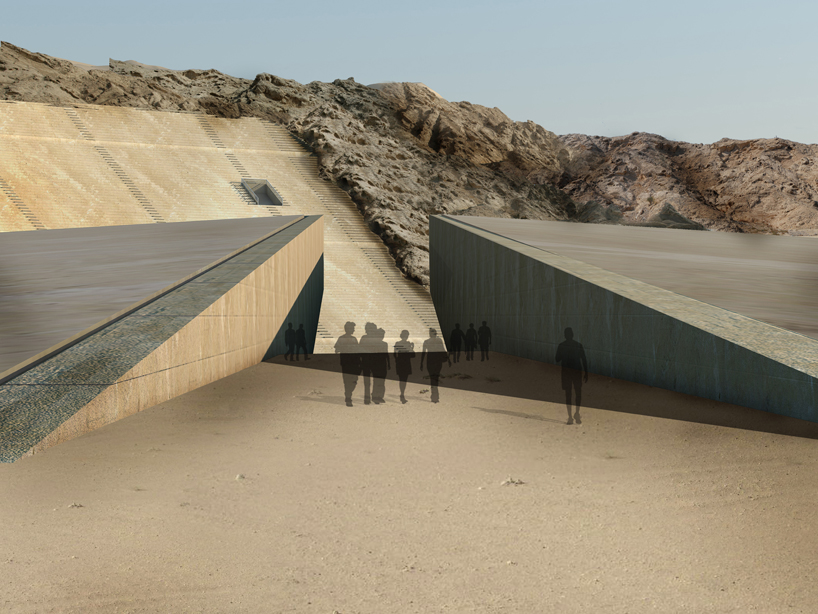 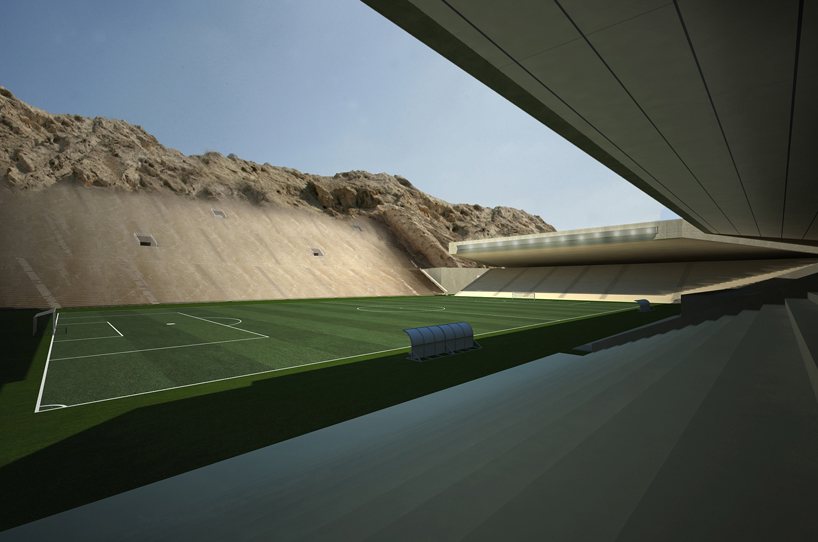 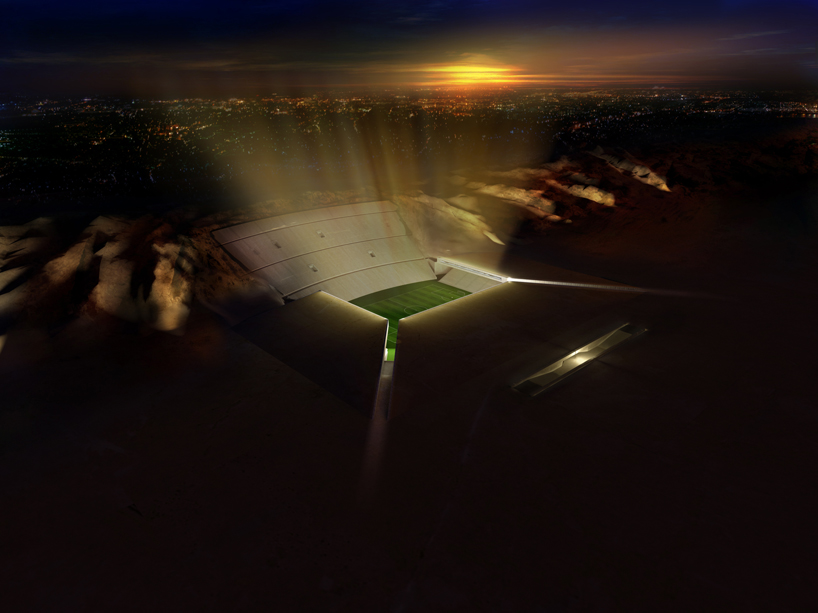 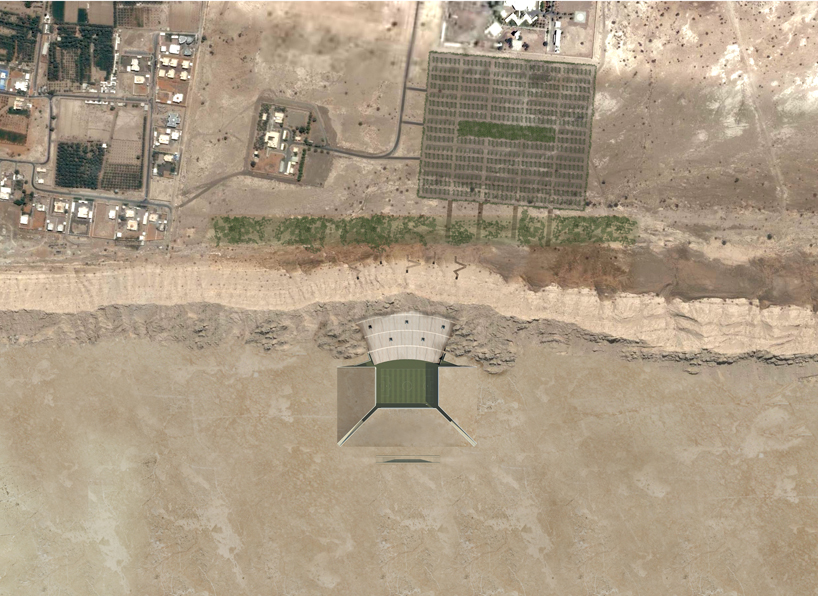 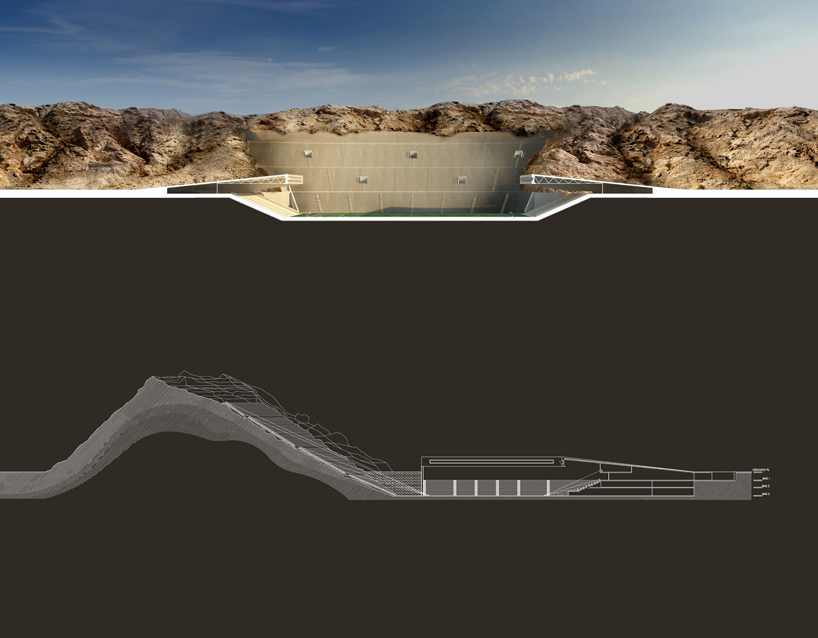 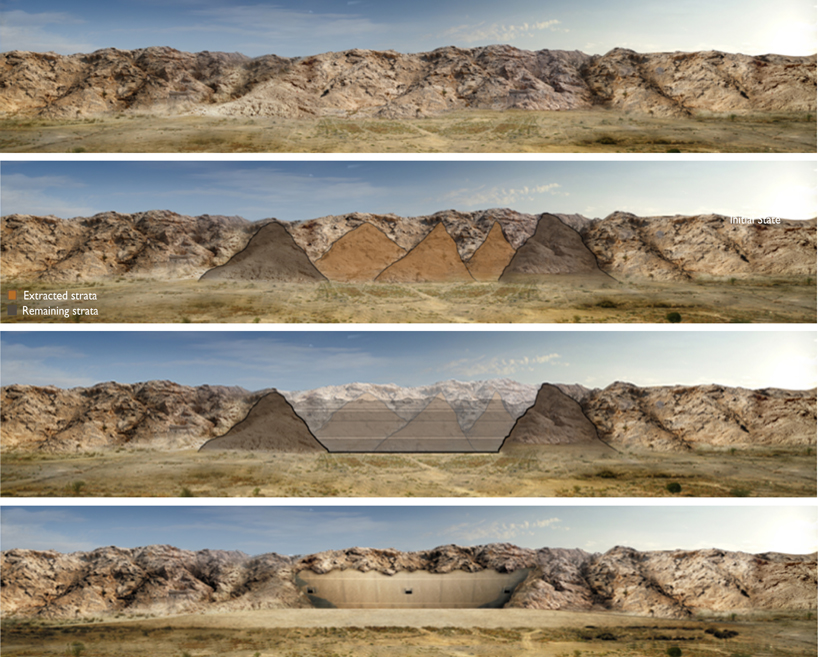