international firm nabito architects received an honorable mention for their project of the città della musica, located in the city of lecce, italy. the competition proposed to build inside the cave where the city’s stone was extracted from.   the entire complex links to the city and with the surrounding two parks. one an archelogical park – a memory of the city and the other an urban park. the complex of the auditoriums and restaurants and public spaces combine the city, the landscape, the caves and the buildings themselves. 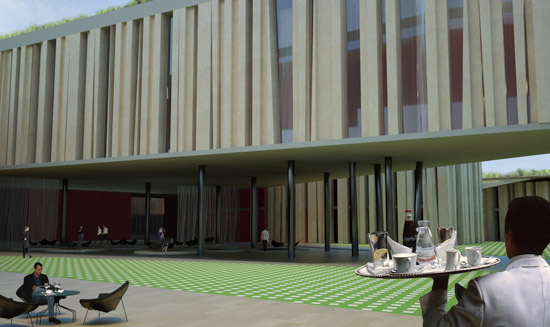 the courtyard and entrance

the building has been designed with sustainability in mind. it green roof’s color changes, throughout the seasons. as the design incorporates a cave, the temperature range is reduced, therefore increasing energy savings. other factors are that the improves the thermo-acoustic insulation and lowers environmental pollution through the capture of fine particles. the vegetation cover, carries out multiple functions: first, helping to cool the air, reduces the ‘heat island’ that would be created in a confined setting such as quarries, and significantly improve the thermal insulation coverage, reducing both the heat loss in winter and, especially, given the climatic conditions in lecce, limiting the need for cooling in summer. energy savings achievable by the use of such technology is estimated at approximately 30% of the annual energy needs. furthermore, the use of green roofs, allowing the complex proposed to take action mitigating noise, due both to traffic from the nearby train station is at the vehicle from one of the main arteries of city streets. another advantage is to contribute actively to the reduction of air pollutants. through the process of  photosynthesis a green roof helps to keep the fine, to neutralize the emissions of exhaust gases up to 95% in 48 hours, as demonstrated by the studies of professor hj liesecke and reduce electromagnetic pollution as evidenced by studies conducted by the institute for the high frequency microwave college military of monaco. the green roofs, then, have a great capacity to retain water. this is very important especially in a context such as quarries, where excessive overbuilding could lead to significant problems in network management for the disposal .

the green roof and surrounding landscape

the proposed project also provides for the separate collection of waste water and rainwater as well as the separate network discharge of wastewater by civilians, facilitate the recovery of differentiated human sewage. it is envisaged the separation of networks of water supply and drinking rainwater, recovery and reuse of rainwater for specific uses and storage of rainwater in tanks made to allow the maintenance of features purity needed to end use. 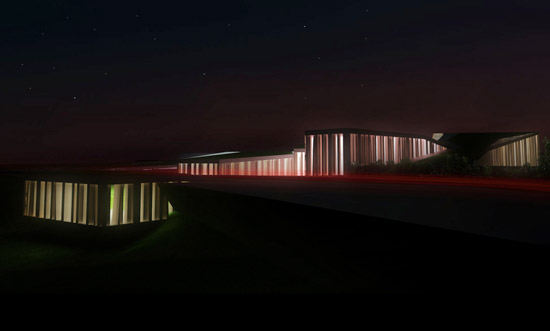 the citta della musica at night

the draft took into account new regulations on energy saving regarding costs by providing adequate insulation of walls, ceilings, floors and use of trigeneration plants (simultaneous production of electricity, heat and cool) to integration with geothermal heat pump. for increased energy savings LED lights will be installed for night periods (a saving of about 70%). as well as home automation systems sets for internal and external intervention also provides network cabling and broadband internet technology wifi throughout the region. 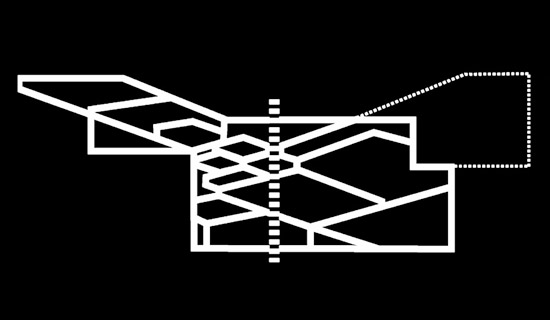 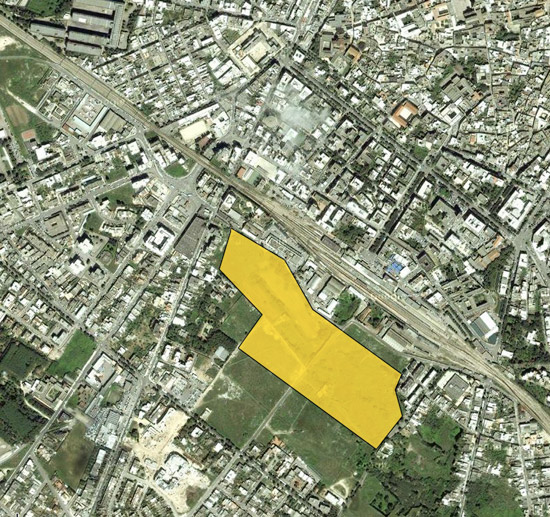 how the citta della musica will intergrate with the existing city 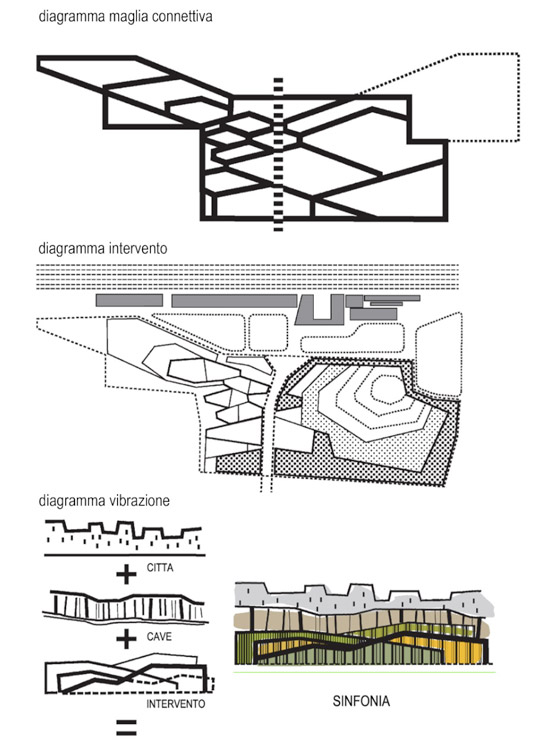 how the building is built within the cave

the citta della musica connected to the archelogical park 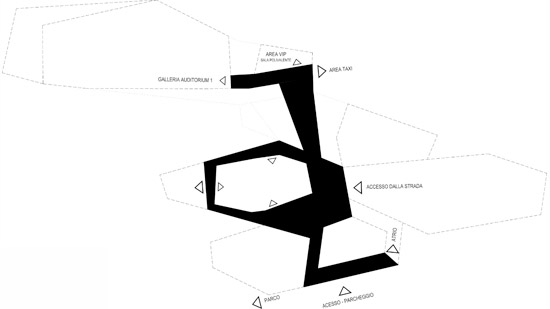 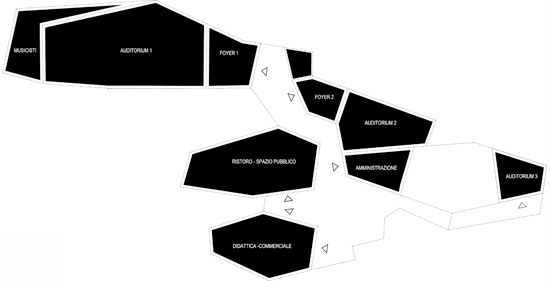 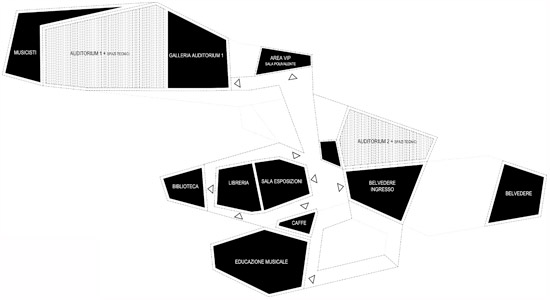 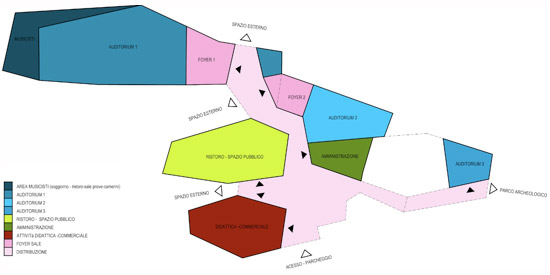 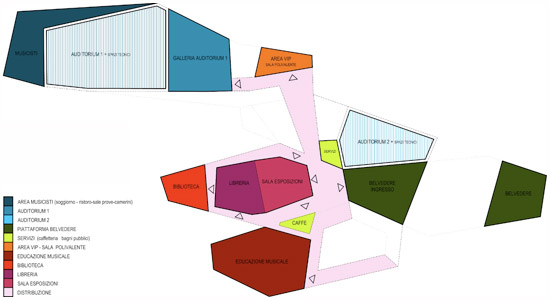 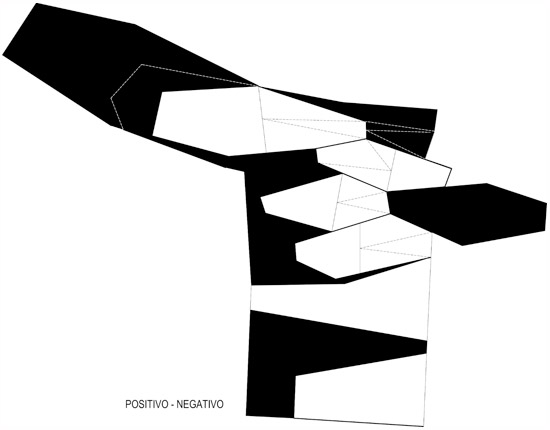 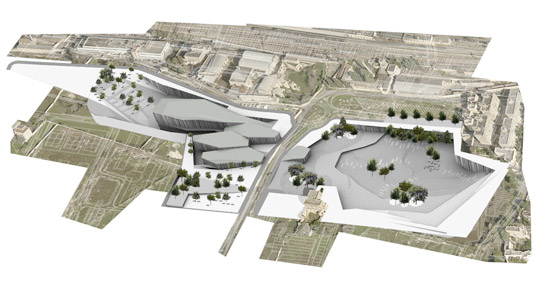 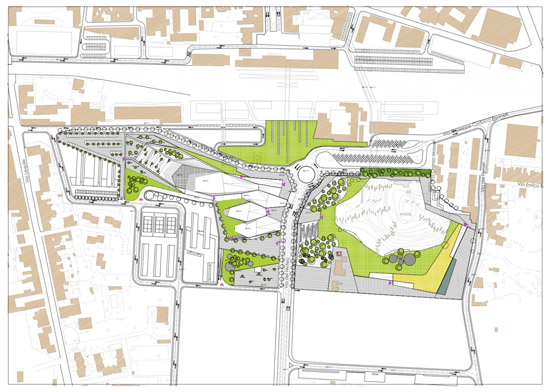 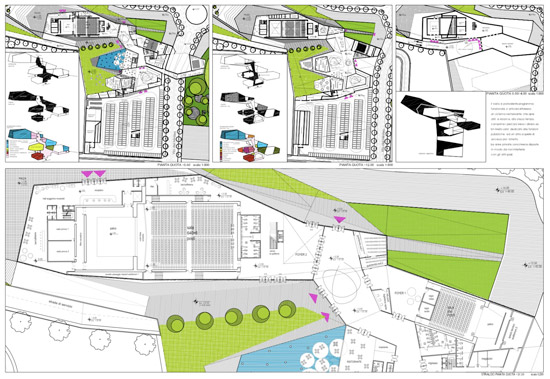 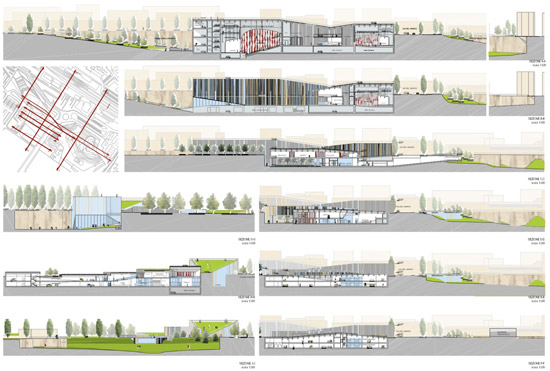 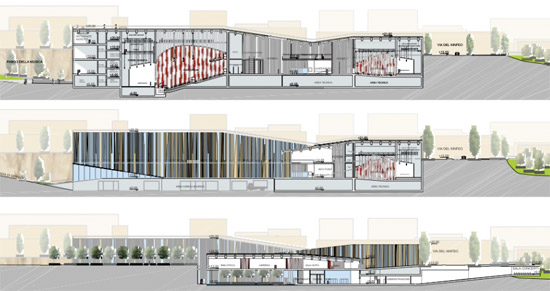 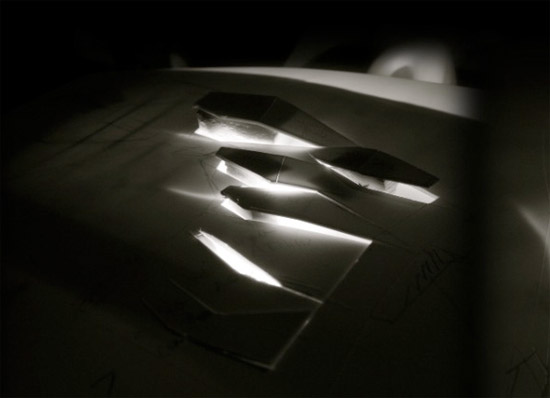 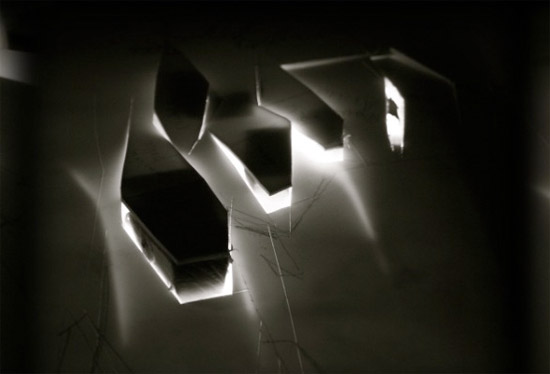 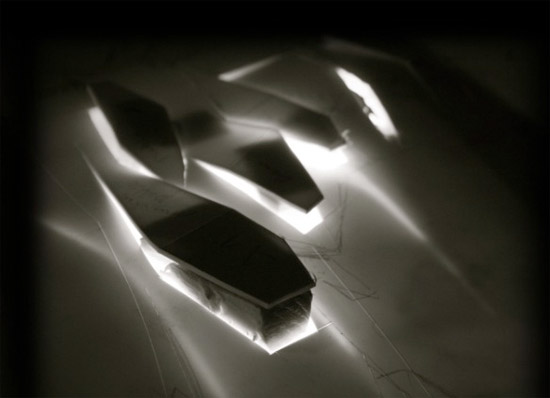 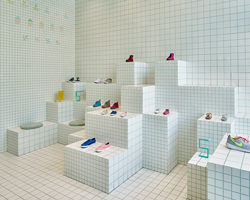 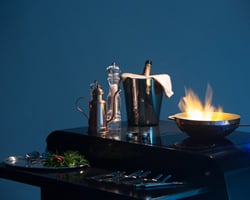 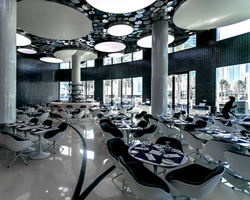 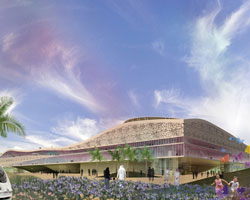 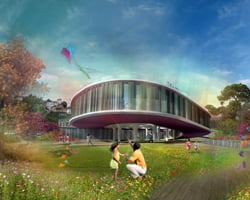 Aug 10, 2022
david altrath captures brutalist 'mariendom' church with crystal-like roof in neviges, germany
the roof presents an eye-catching folded shape, with many comparing its form to an iceberg, a crystal, a flower, or a tent.
architecture
374 shares
connections: +3670