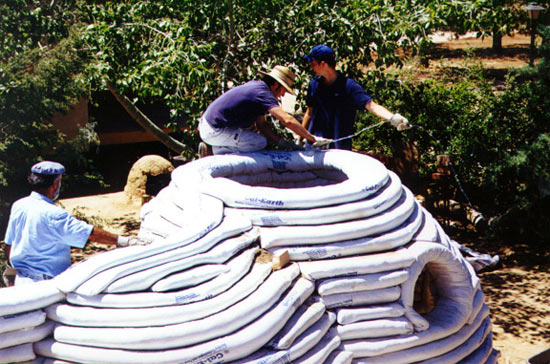 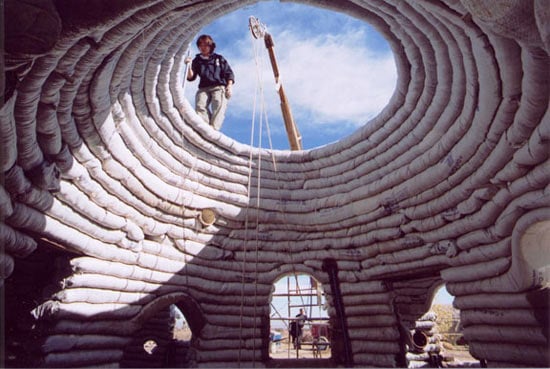 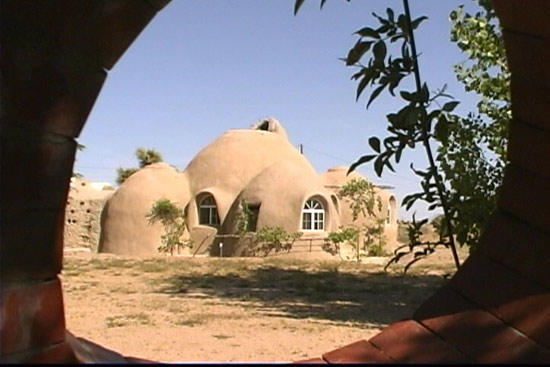 ‘superadobe – sandbag-and-barbed-wire technology
most adobe houses are unable to withstand earthquakes and strong winds,
so kahlili imagined a fired-adobe structure – dubbed the ‘ceramic house’ – that could resist these elements. 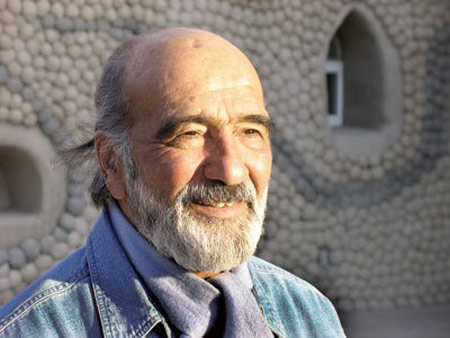 born in tehran as one of nine children, khalili studied persian literature and poetry at the university of teheran.
he moved to Istanbul in the 1950s, where he studied engineering and architecture at the istanbul technical university.
khalili came to the united states in the early 1960s, settling in los angeles, but became disenchanted with designing
high-rise apartments and parking structures there – so he returned to iran, in the mid-1970s, to study rural village homes
that were closer to nature. his involvement with earth architecture and third world development lead him, in 1991,
to found the cal-earth institute, near hesperia, california, which teaches students learn how to construct
his low-costdome-shaped houses.read more
archrecord
archinect
via archnewsnow
massimo mini I designboom