nakahira architects, an osaka-based firm led by masaru nakahira, has completed a timber residence surrounded by forest in japan’s southern wakayama prefecture. titled ‘house on cape’, a name that references the dwelling’s coastal location, the home is is adjacent to a park with views of the pacific ocean. the house was designed for a young, music-loving couple and their two children — one of an increasing number of families moving to the area thanks to its mild climate. 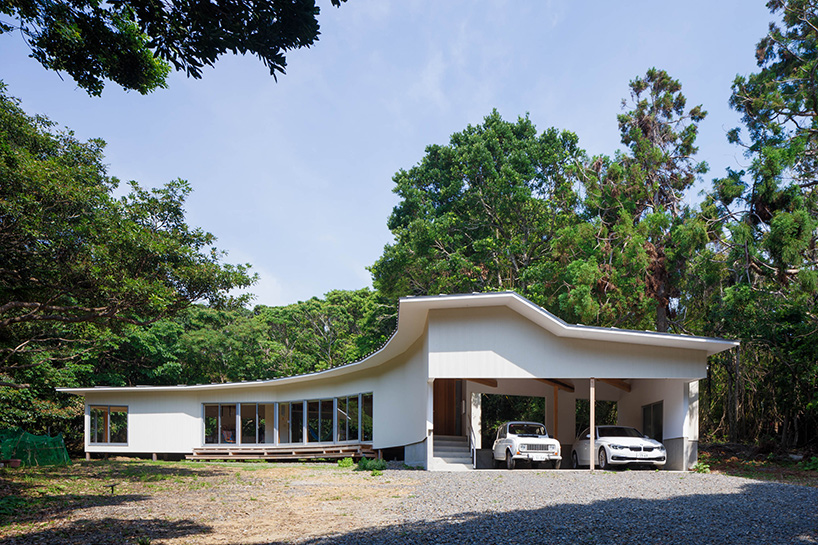 all images by ken’ichi suzuki

nakahira architects began the project by taking into account the site’s natural environment. ‘we started with a plan to avoid cutting down trees and damaging the land,’ says masaru nakahira. ‘we carefully designed the approach to the house from the road and the layout of the buildings so that we didn’t cut any trees. we used the traditional method of building foundations to minimize the damage to the land.’ 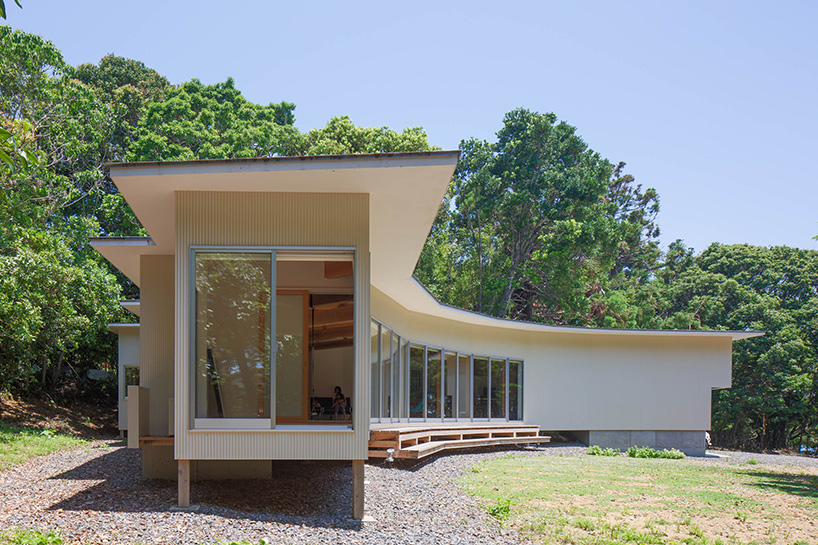 this method, known in japan as ‘ishiba-tate’, involves positioning the structure’s wooden pillars on top of stone bases. ‘as a result, the concrete foundation is now 30% of the floor area and the excavated area has been significantly reduced,’ explains the architect. ‘furthermore, it is a sustainable construction method that facilitates checking and maintenance under the floor.’ advantages of the technique include increased resistance against earthquakes and insects. 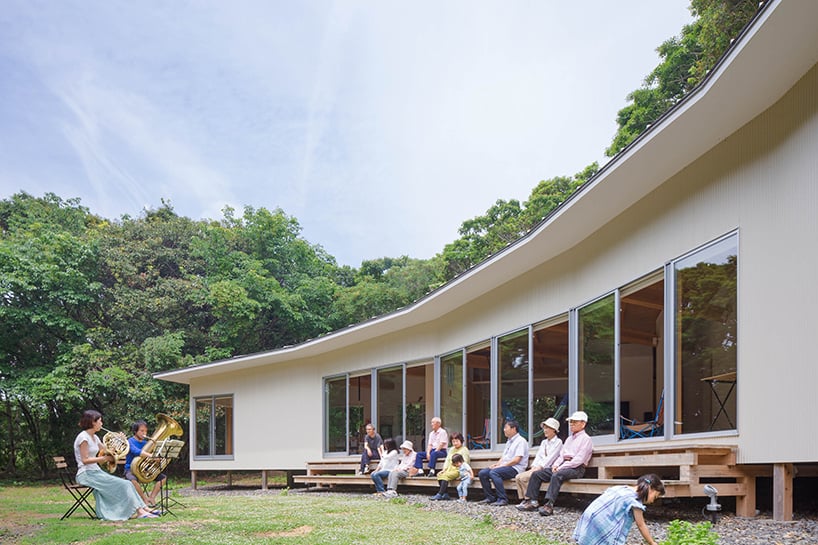 the wood used is locally sourced, while carpenters worked by hand to make all the joints. ‘for the roof beams, we used ‘taiko beams,’ which are cedar logs that are cut on both sides,’ masaru nakahira continues. ‘these are traditional japanese wooden beams, but they are not used these days because of the time and effort required to process them. we tried to create an original wooden space in order to reconstruct the aspect of a traditional japanese house.’ 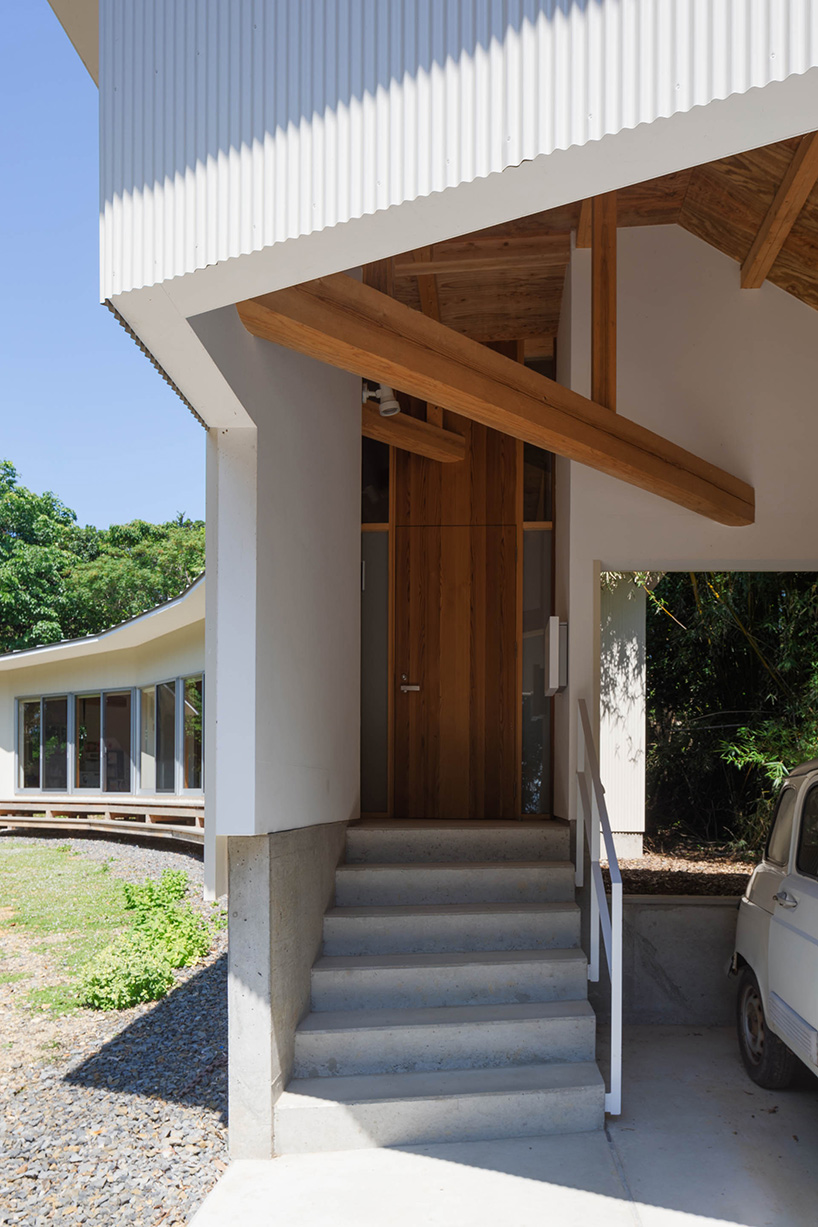 the architects designed the single story building to follow the edge of the woods. to the south, between the forest and the house, an outdoor stage is capable of hosting live music performances. ‘we sat on the deck space, which was the audience seating area, and listened to the couple play with the beautiful trees in the background,’ nakahira says. ‘people who happened to be in the park next door also sat on park benches and listened to the performance while looking out at the ocean.’ 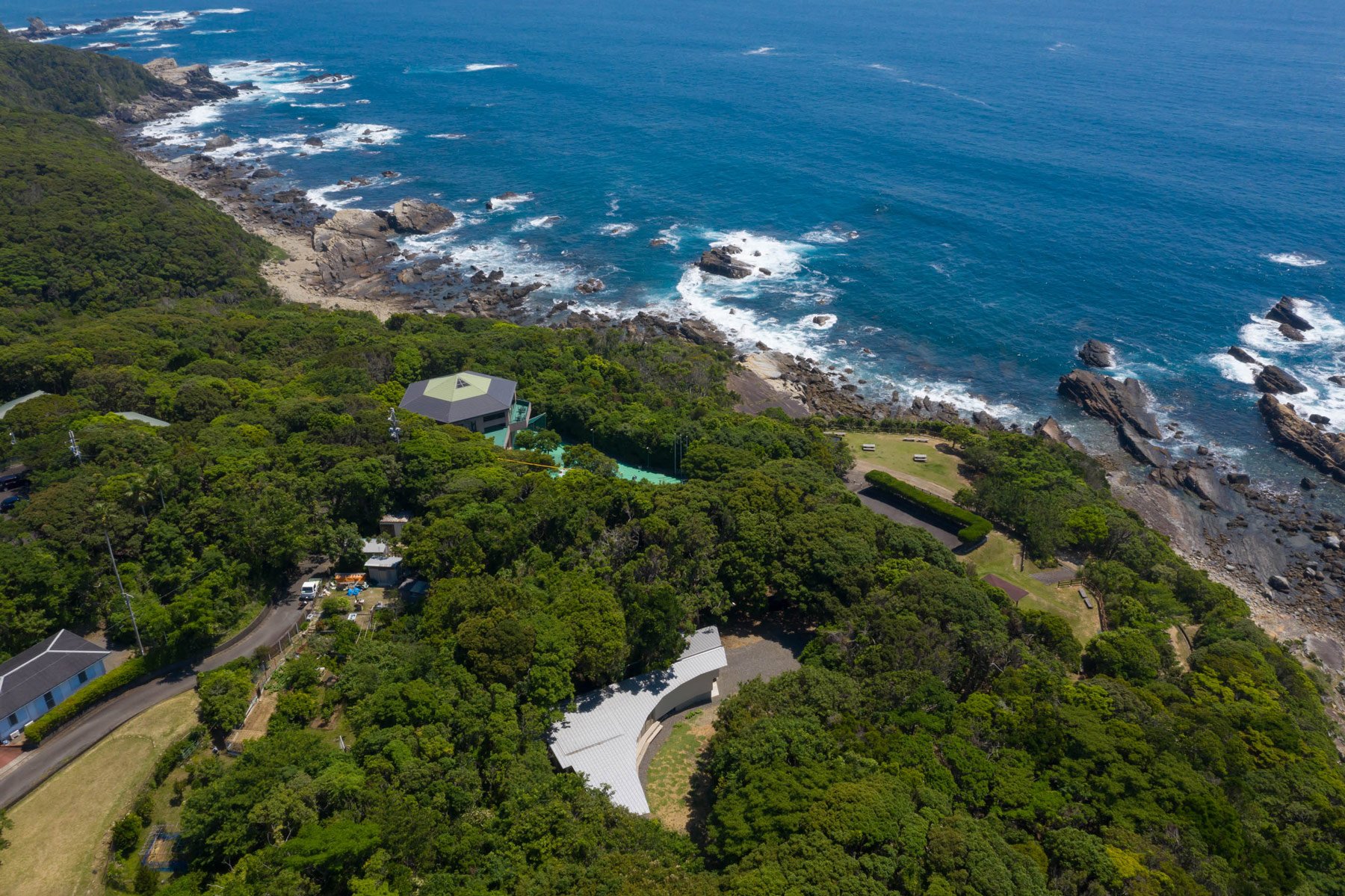 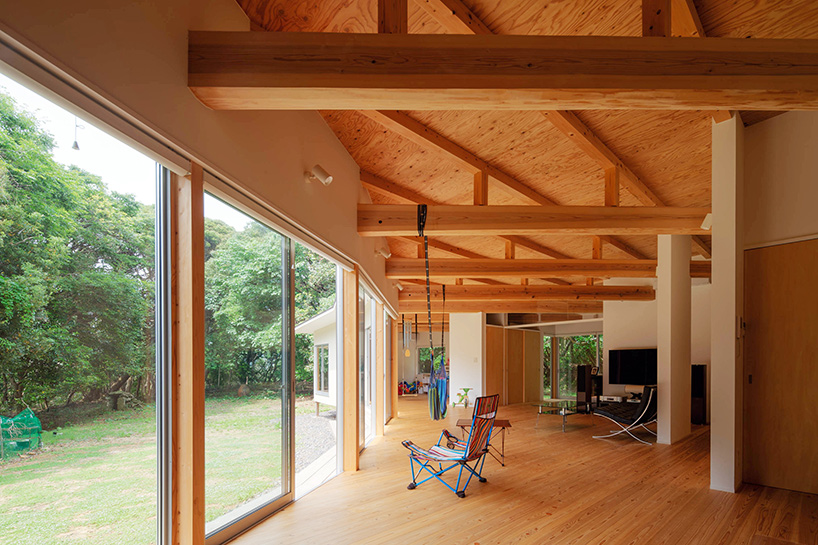 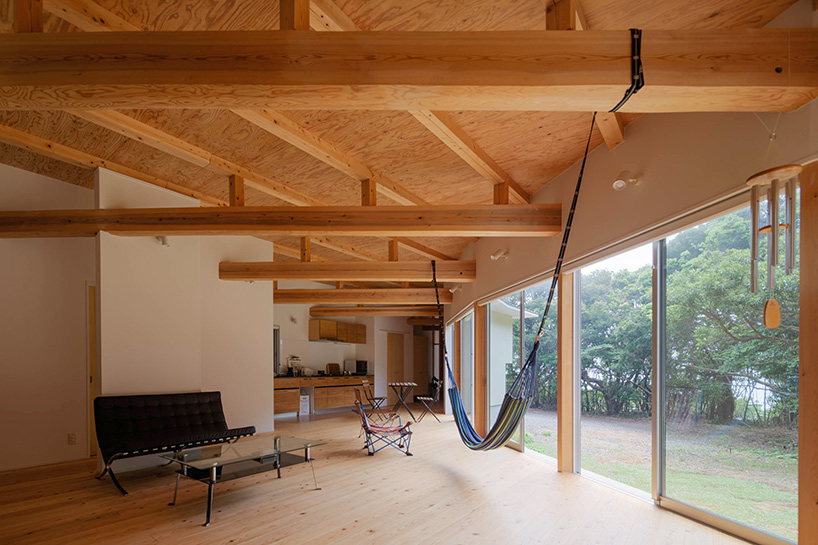 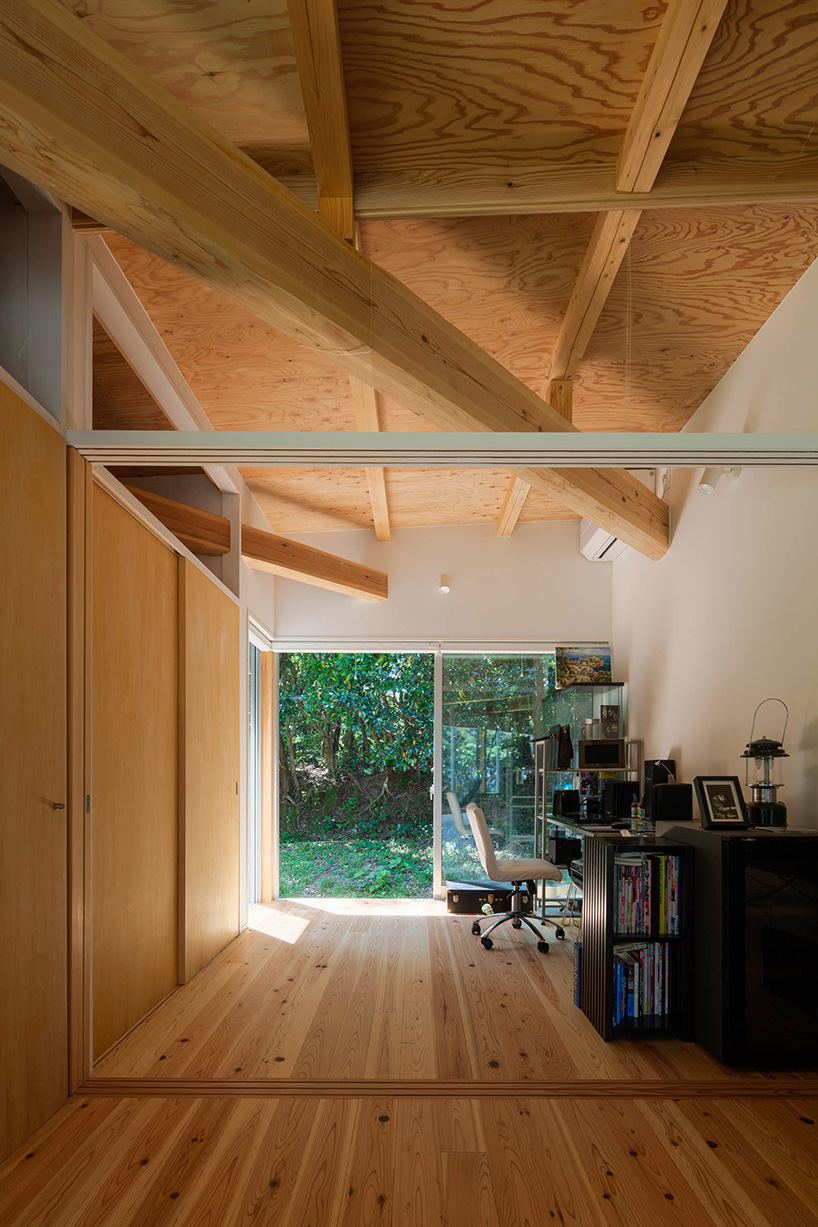 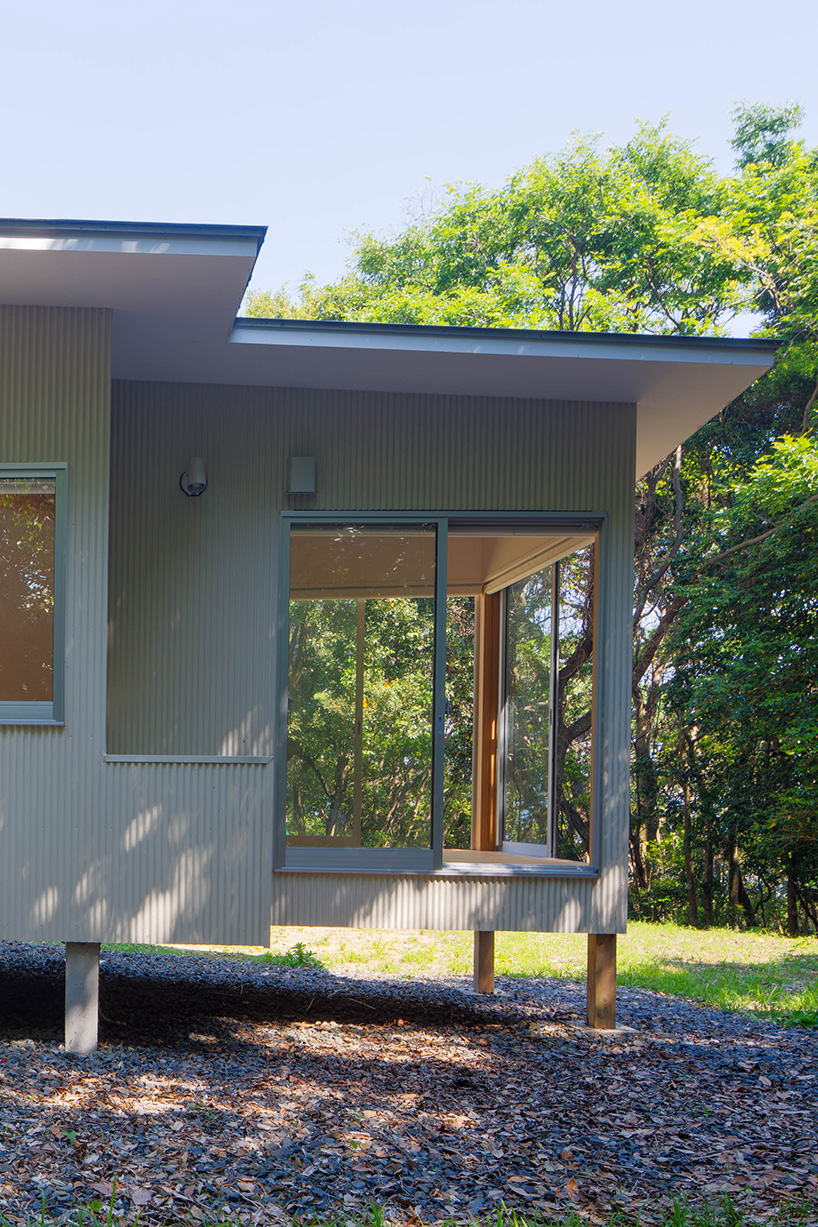 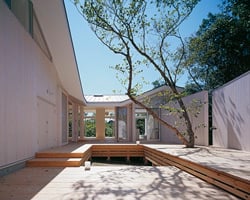 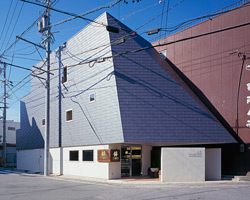 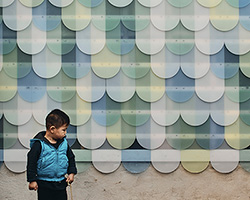 Sep 18, 2020
a cluster of concrete volumes form this weekend house by KIAS in japan 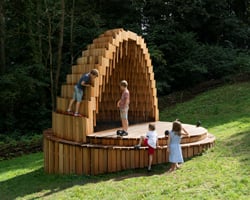 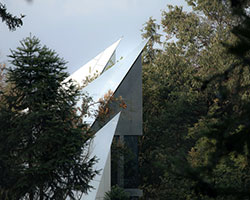 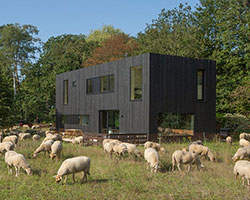 Sep 21, 2020
boano prišmontas' prefab work-from-home pod can be placed within any backyard garden
the project aims to address the need for affordable and remote working spaces that has emerged since the COVID-19 outbreak.
architecture
195 shares
readers
connections: +930

Sep 20, 2020
'the screen pavilion' by ray&emilio studio is a complex, clustered space to be explored
the rich geometries camouflage into the natural context and frame views to conceptually recall traditional chinese gardens.
architecture
210 shares
connections: +1110

Sep 16, 2020
tadao ando completes 'he art museum' in china ahead of october 2020 opening
the building will house an art collection that consists of more than 500 works ranging from painting and calligraphy to photography and sculpture.
architecture
544 shares
connections: +1700