ryo yamada’s ‘nakanosawagawa house’ stands in the snow covered land of sapporo-city, japan. seemingly a traditional japanese dwelling from the outside, the inside is far from ordinary. yamada intentionally left parts of the interior unfinished so that as the seasons change, as well as the families who live there, so does the home.

the ever-evolving space is distinctly defined by the top, tree house floor. designed specifically for the addition of any number of tree houses, yamada believes they are a vital part of the home, as well as a good way to cope with the location’s long, harsh winters. the structure is made of pine and built to traditional japanese architecture standards of: ‘ichi-ken’, ‘sansun-gobu’, and ‘kyu-shaku’. small walkways transport inhabitants to and from various parts of the home, and ladders reach up to the temporary tree houses above. 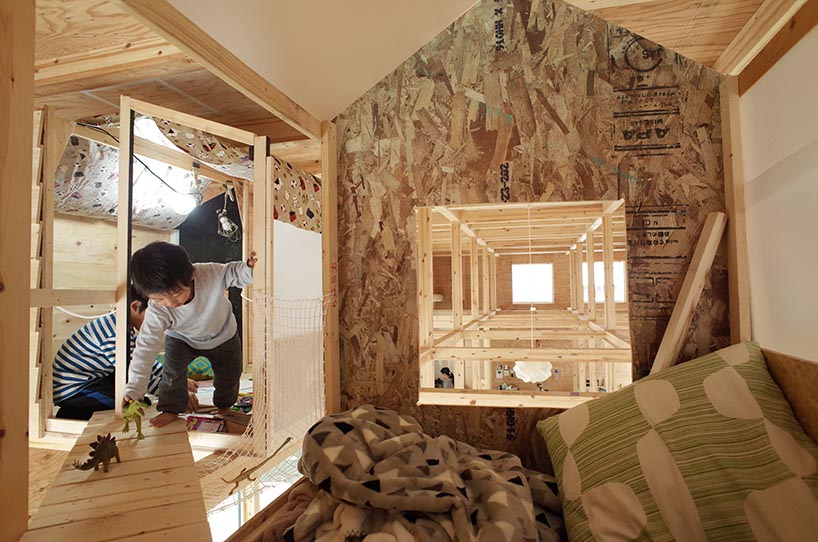 as the seasons change, tree houses can be moved to different areas, harmoniously blending with the outside environment. on the ground floor, a passage links the southern entrance to the forest on the north side of the home, further rooting it to the surrounding area. it is the dream of yamada personally, and of his home, to stay incomplete. 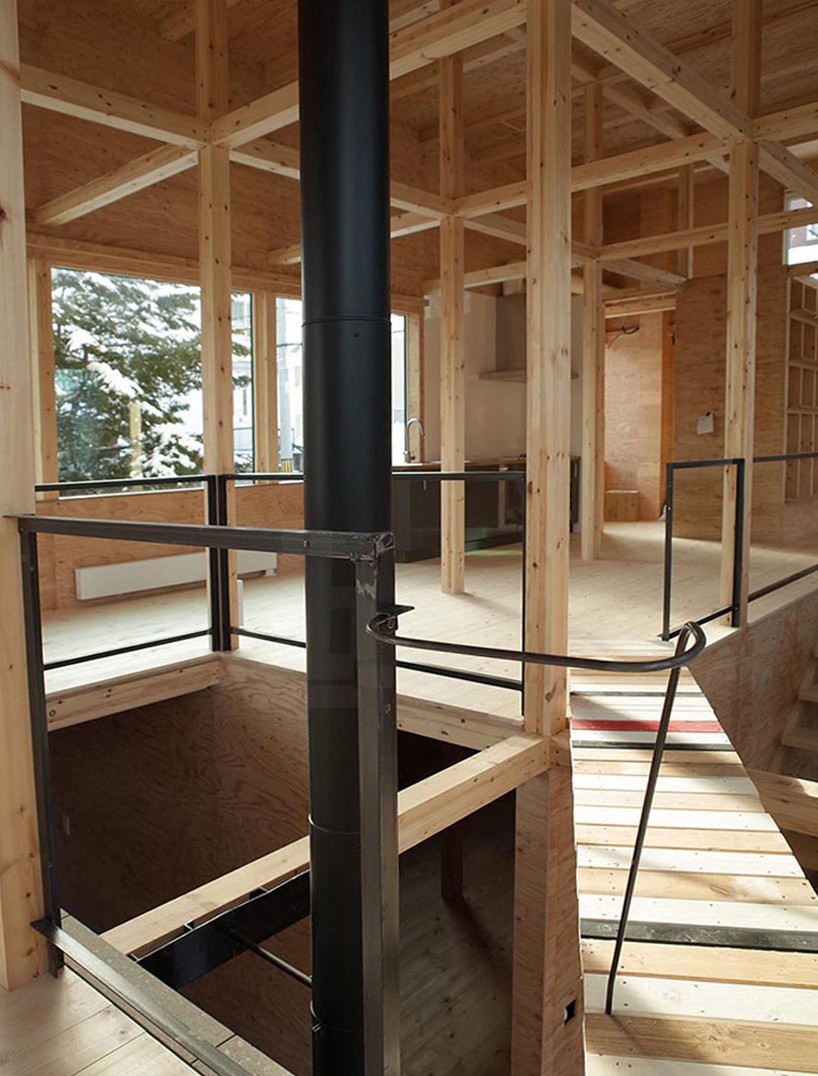 detail of bridge and steel railings 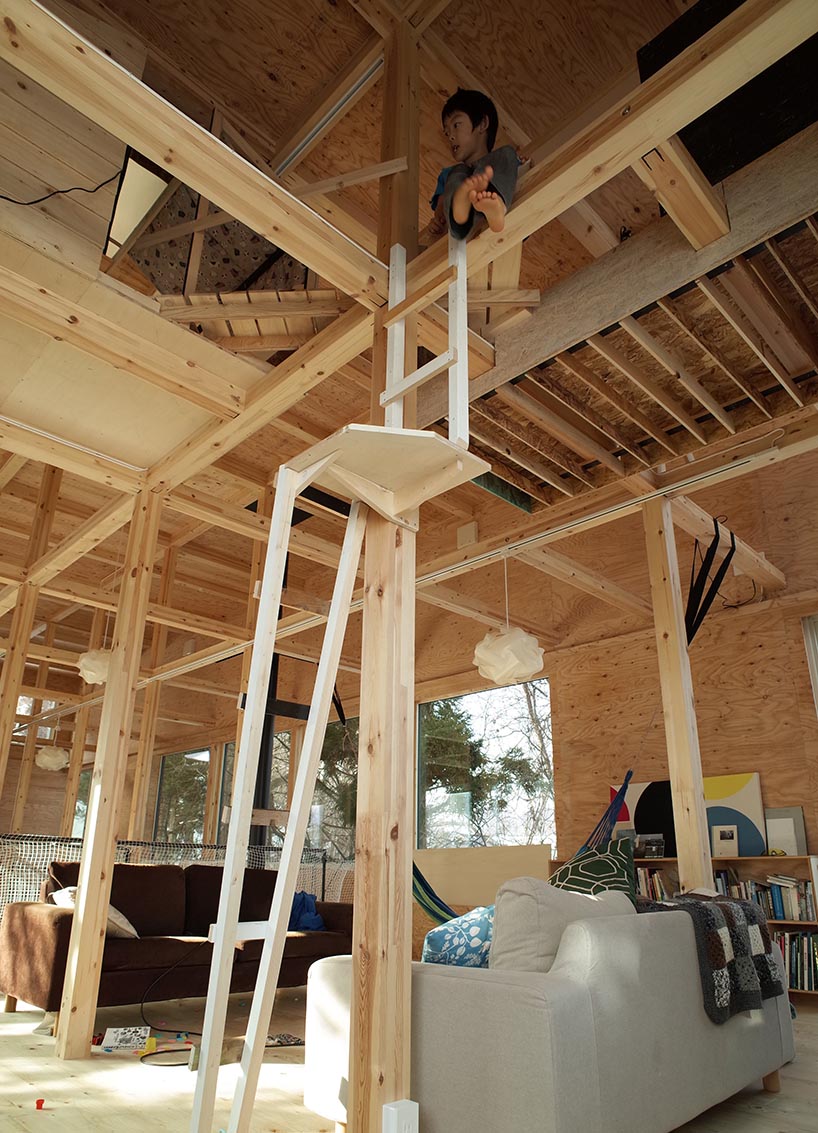 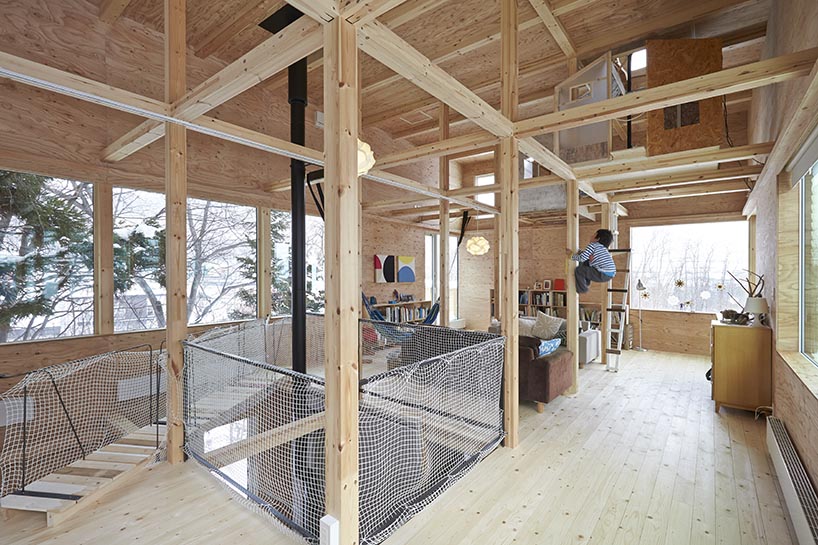 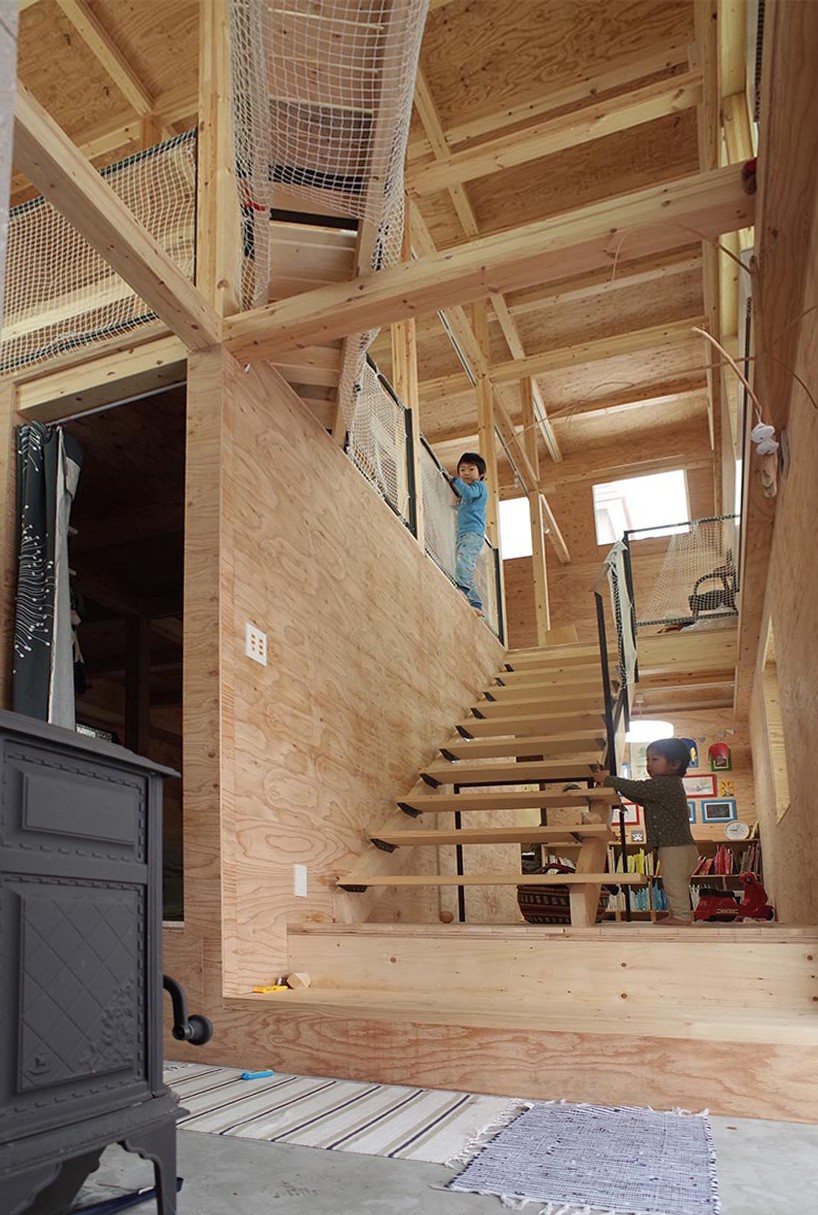 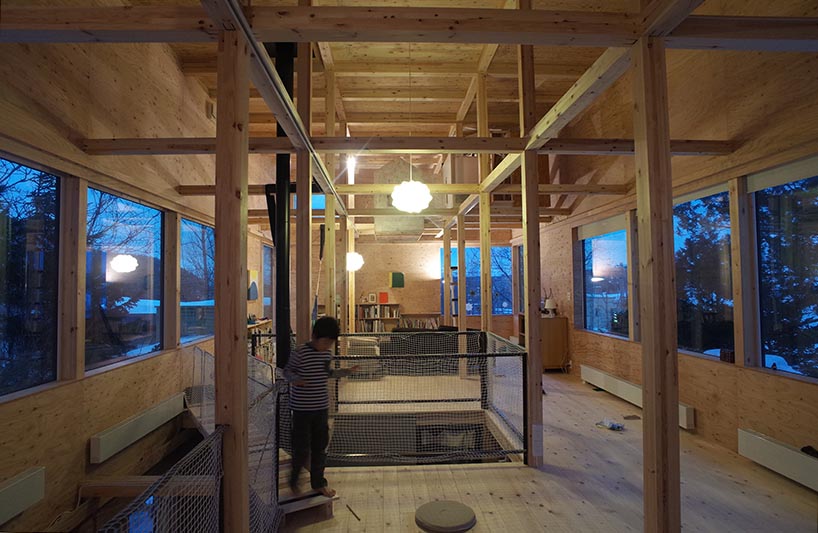 tree houses sit on the upper floor of the home 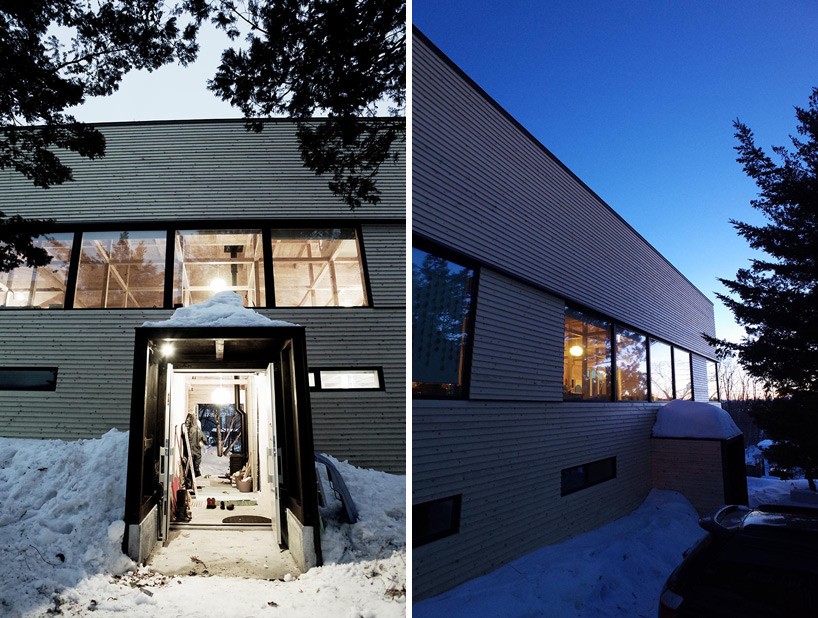 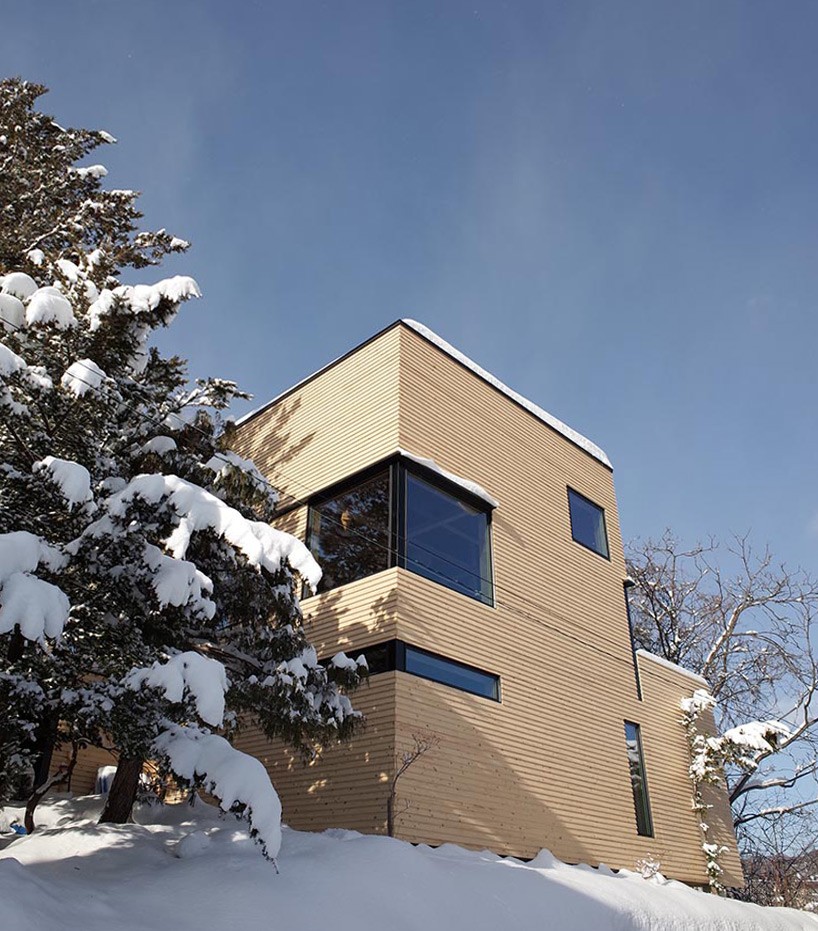 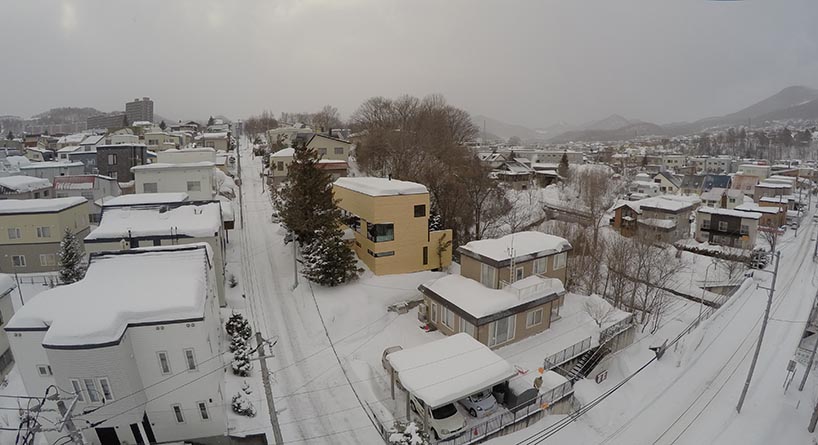 the home is built in sapporo-city, on the island hokkaido in northern japan 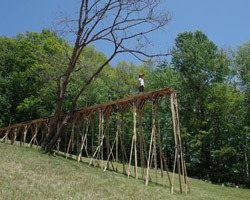 Aug 06, 2014
ryo yamada walks people towards a garden in the sky 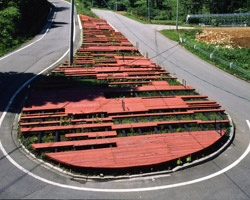 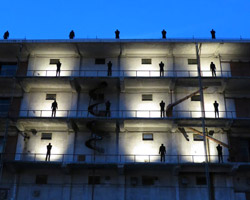 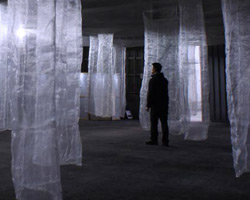