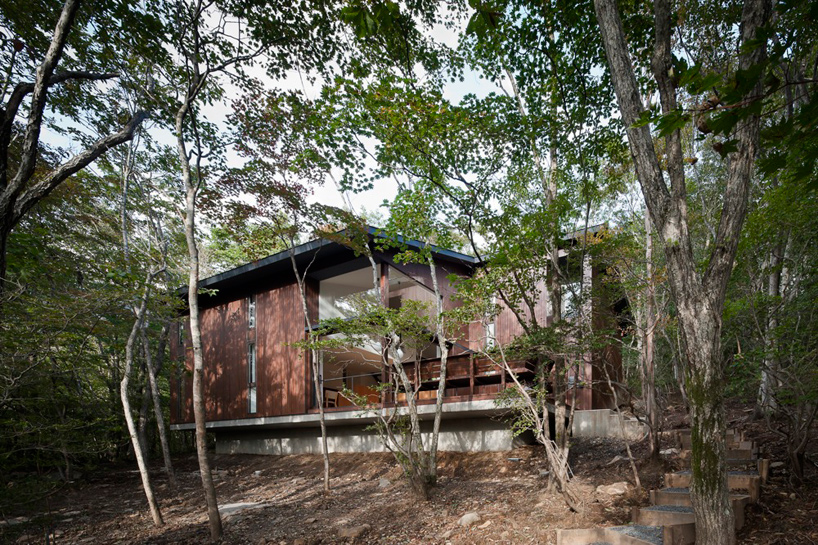 tokyo-based firm naoi architeture & design office (katsutoshi naoi, noriko naoi) has completed ‘tiered lodge’,
a multi-storey holiday house for a family of three in the nasu highlands, japan. surrounded by a dense forest
of deciduous trees, the design focuses on establishing a sense of unity with the outdoor environment while
simultaneously taking advantage of the sloping plot. 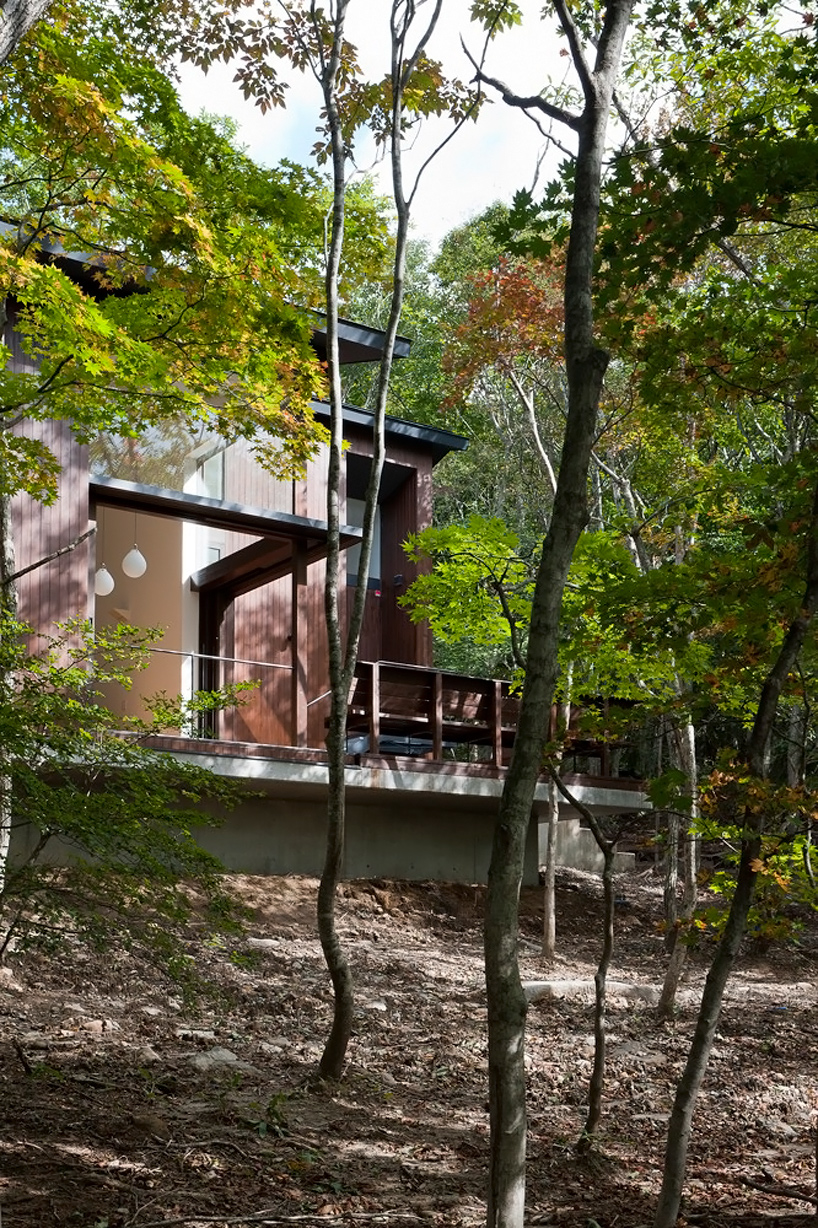 located at an altitude of 1,000m above sea level, the natural topography of the site varies a total of 8 m
from the east to the west. in response, one half of the house was stepped down to correspond with
the contours of the terrain. pockets of outdoor space was created by shifting and staggering the two halves
laterally. the resulting arrangement was connected where they overlapped to create an interior space
with levels that overlooked one another. long stretches of glazing and sliding glass doors enable the inhabitants
to extend the activities of the house into the outdoors. 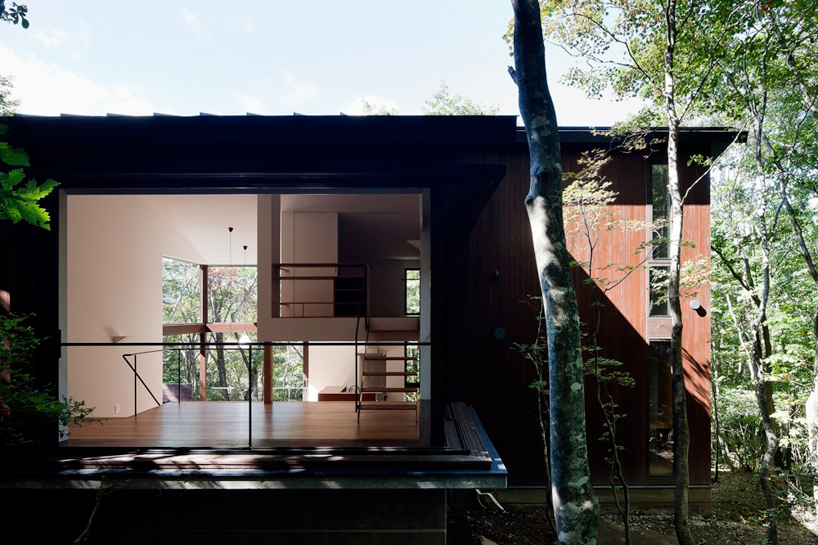 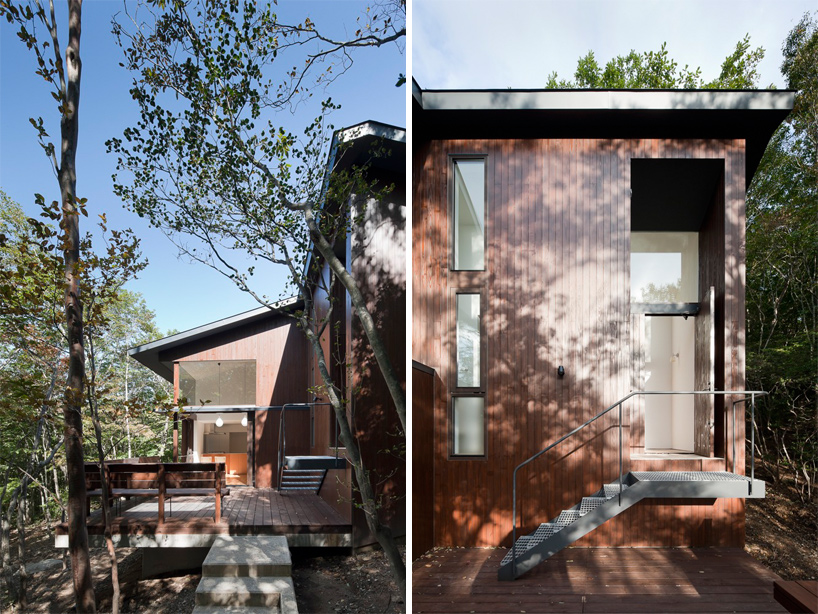 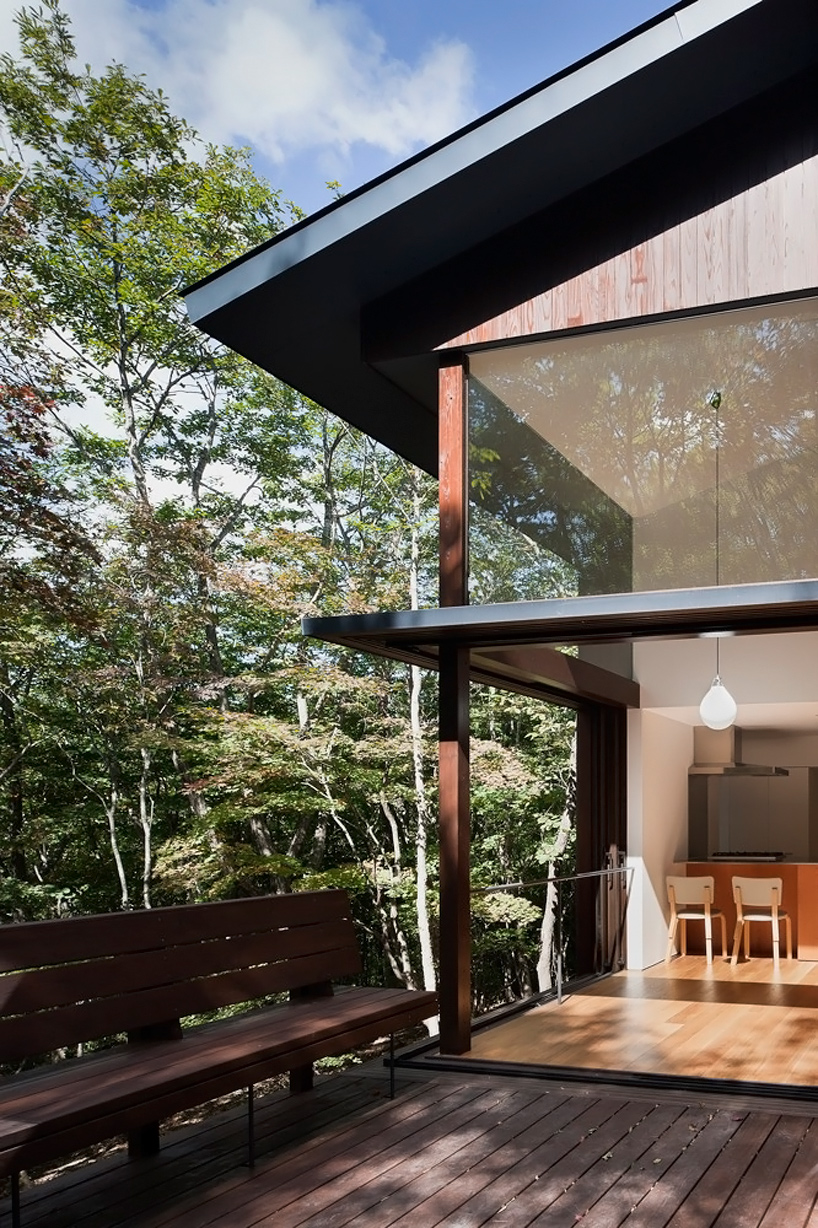 
on the lowest level of the dwelling is the dining and kitchen area which is directly connected to
the outdoor terrace. a glazed corner of the layout admits a large level of southern sunlight.
overlooking this space on a slightly elevated platform is the living room which gains separation in
the layout without compromising on the sense of connection between inhabitants. the space gains
a different view of the surrounding forest through another floor-to-ceiling window that wraps around
the corner of the structure. the bedroom is accommodated on a loft level, gaining privacy from
the communal zone below. 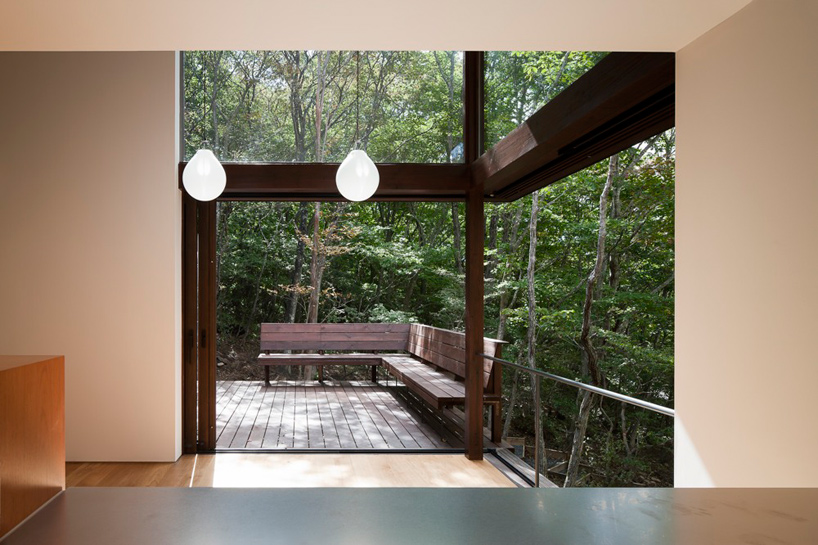 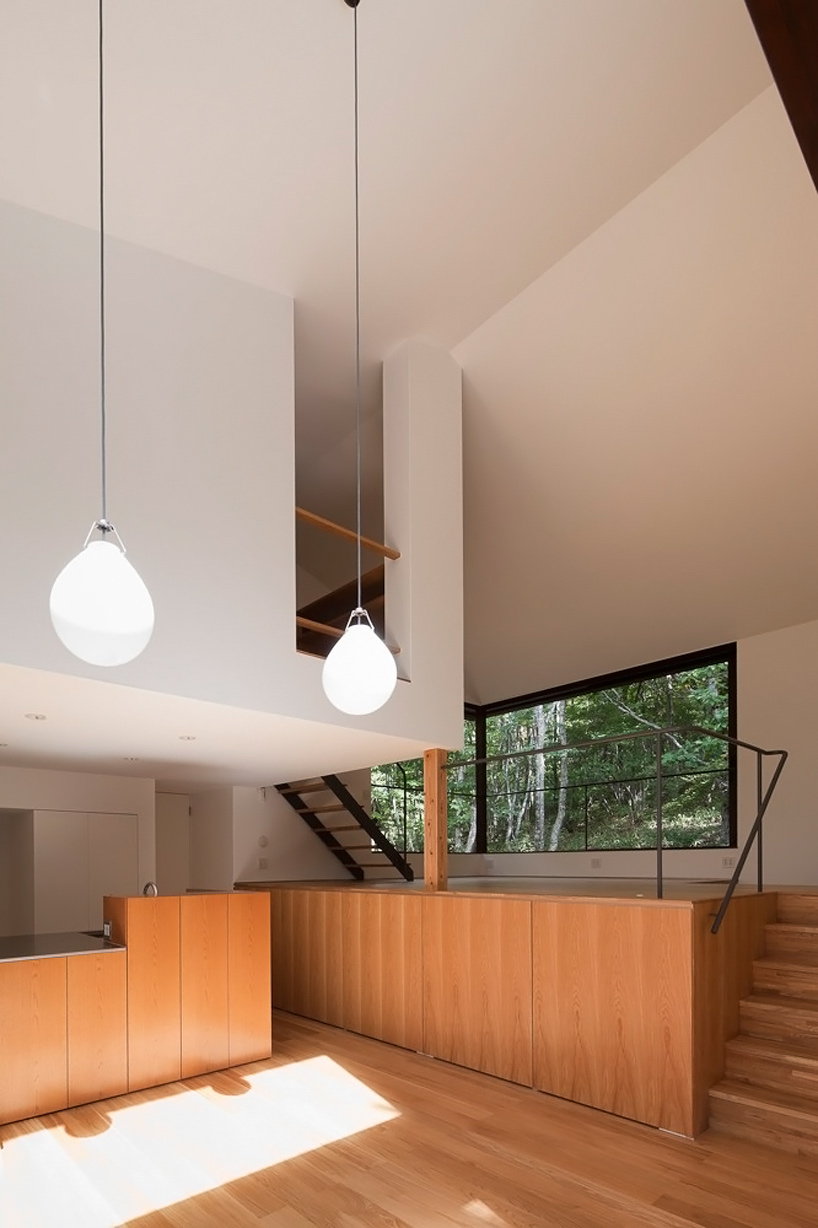 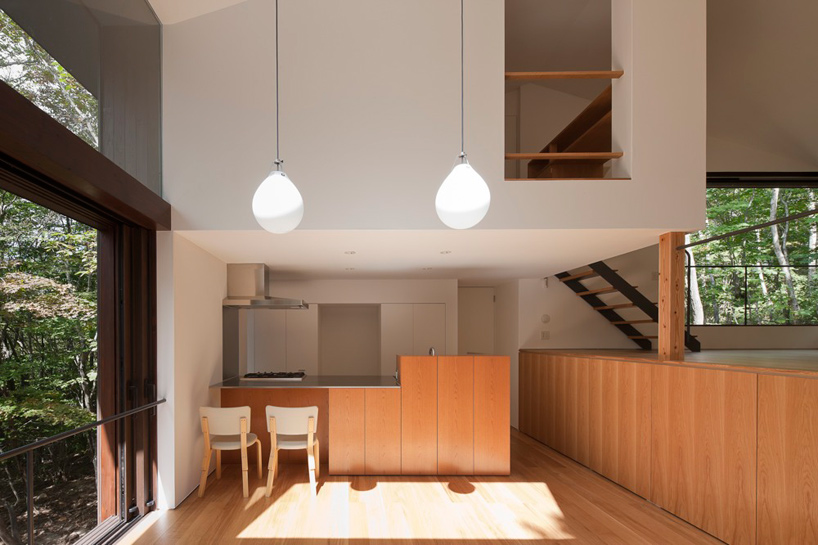 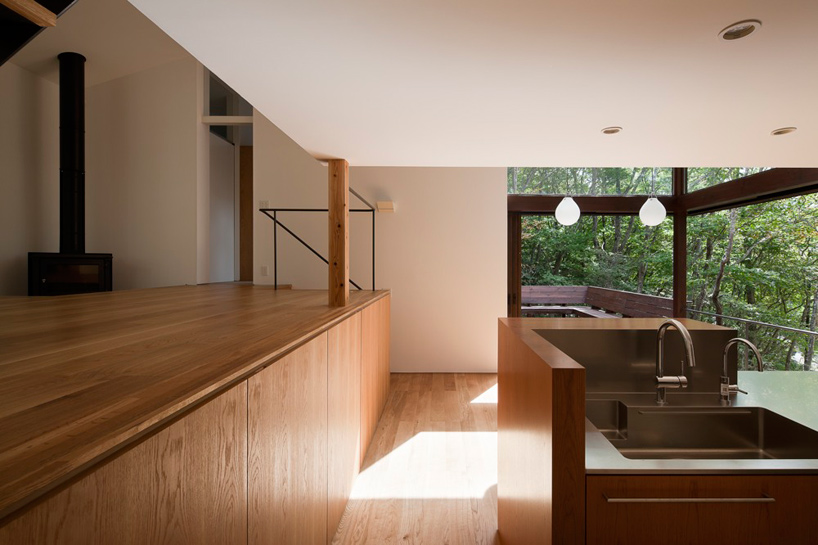 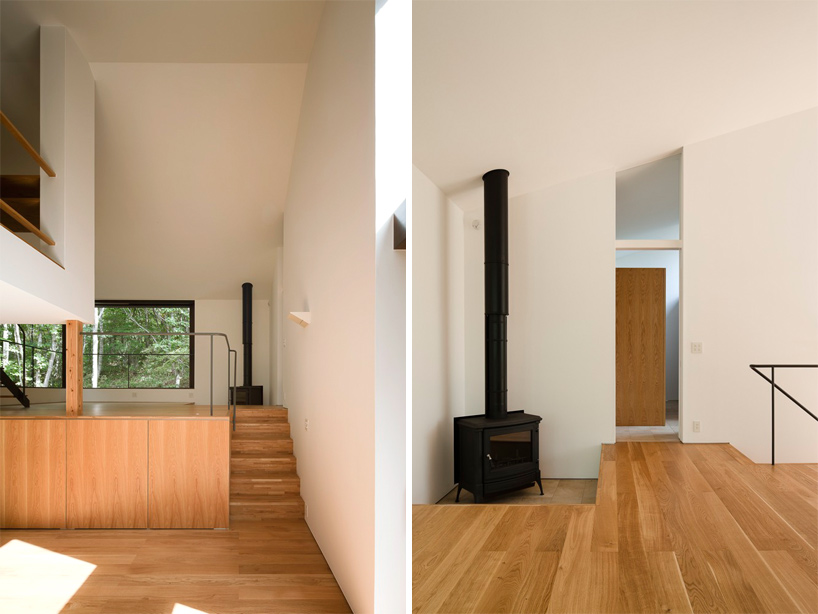 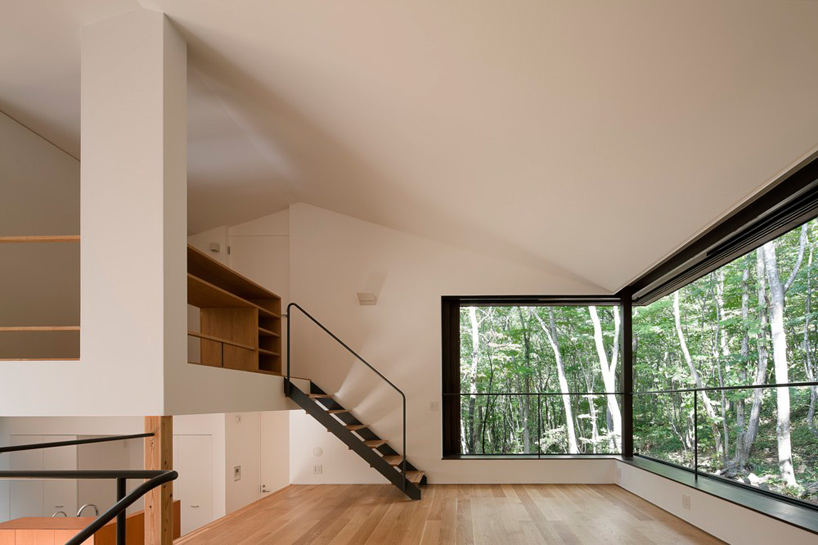 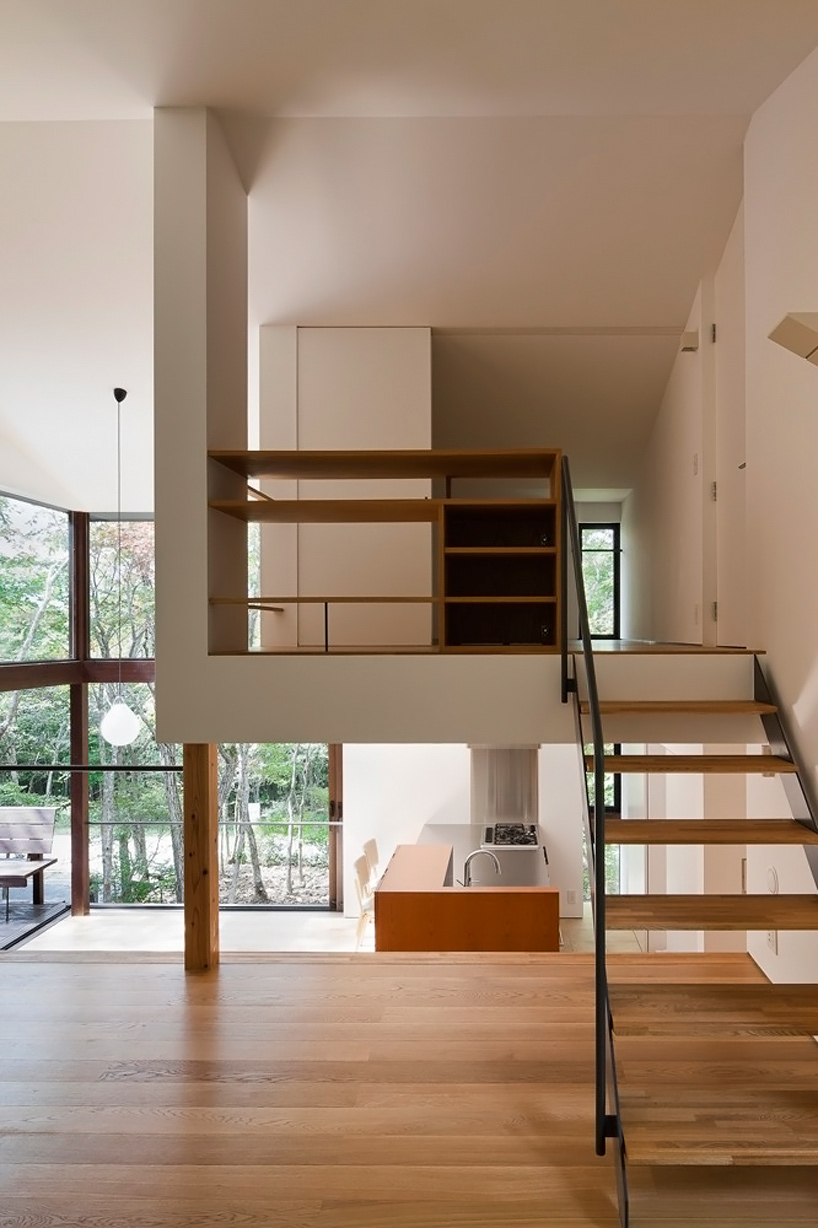 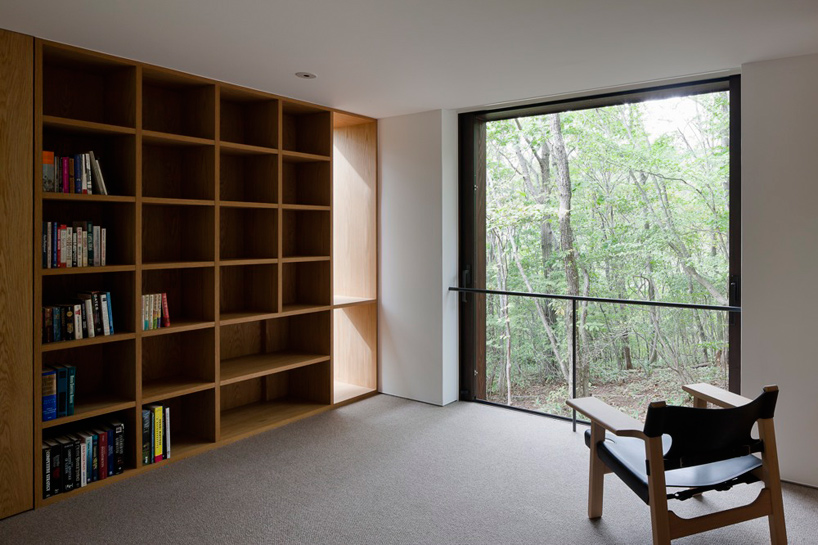 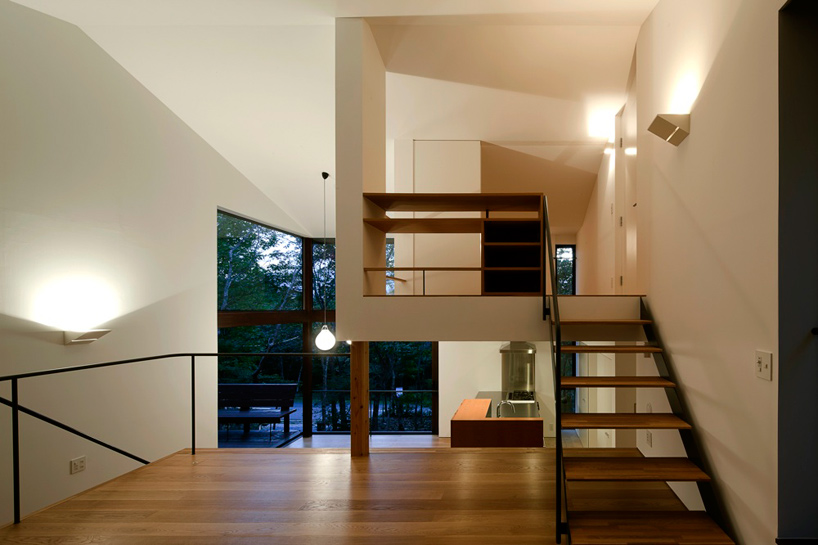 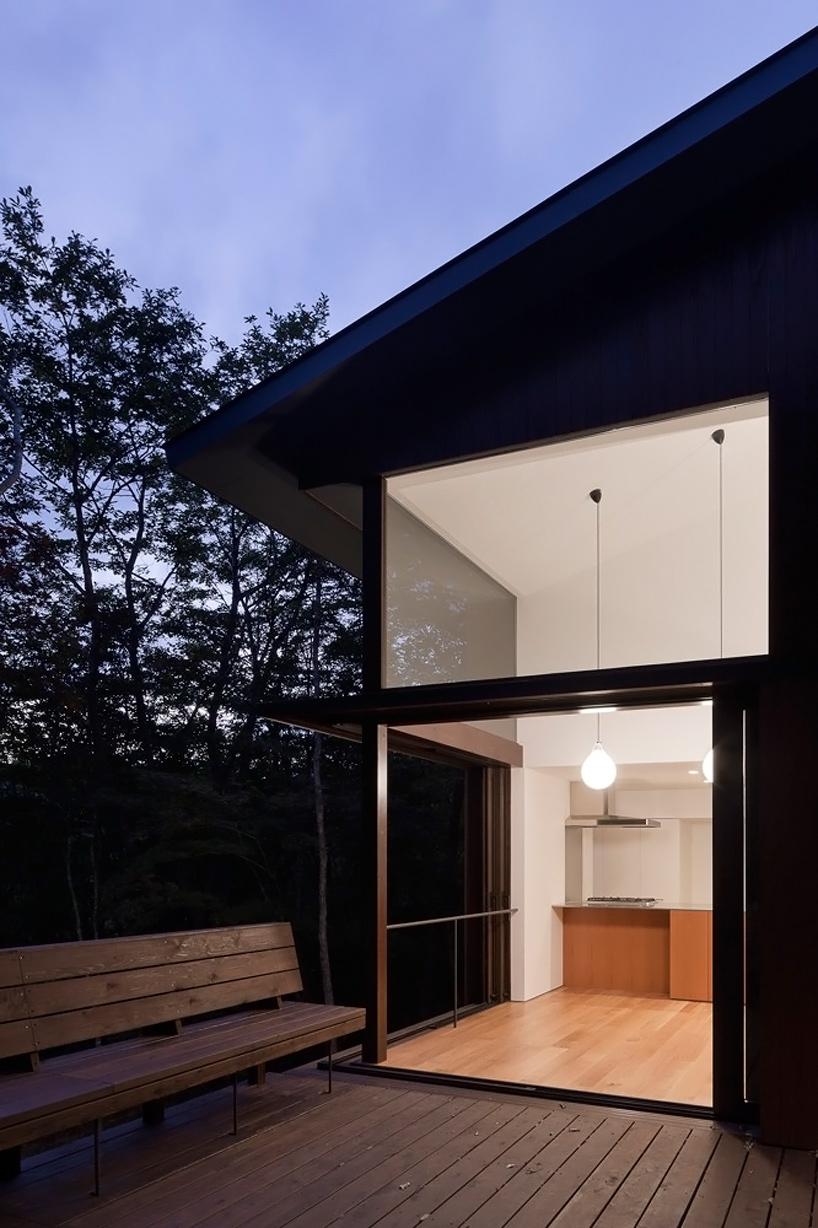 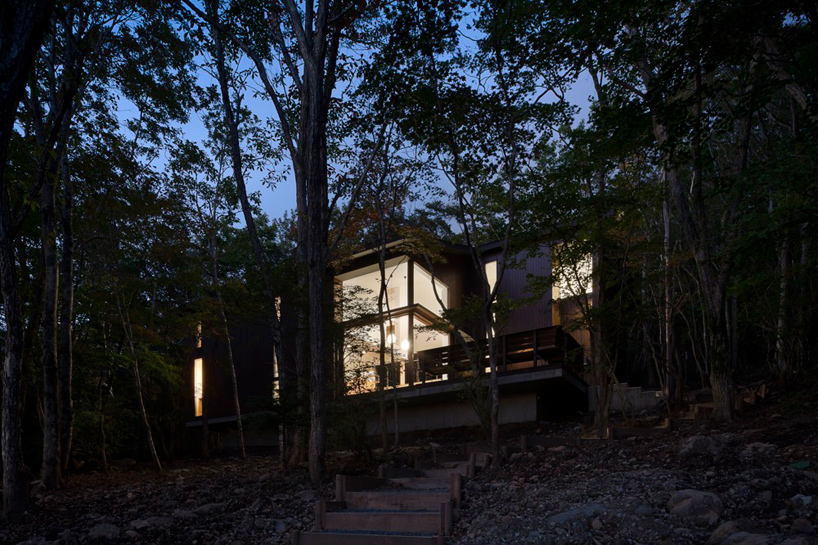 schematic diagram
(1) volume – the basic structure is inspired by a primitive hut
(2) level – half of the structure is extended downwards in order to conform to the shape of the terrain
(3) slide – the volumes are then staggered to form two small houses, which create a sense of depth in relation to the forest
(4) void – by hollowing out the parts that overlap with each other, a sense of unity with the outdoor environment is achieved,
allowing the forest to traverse the interior of the building 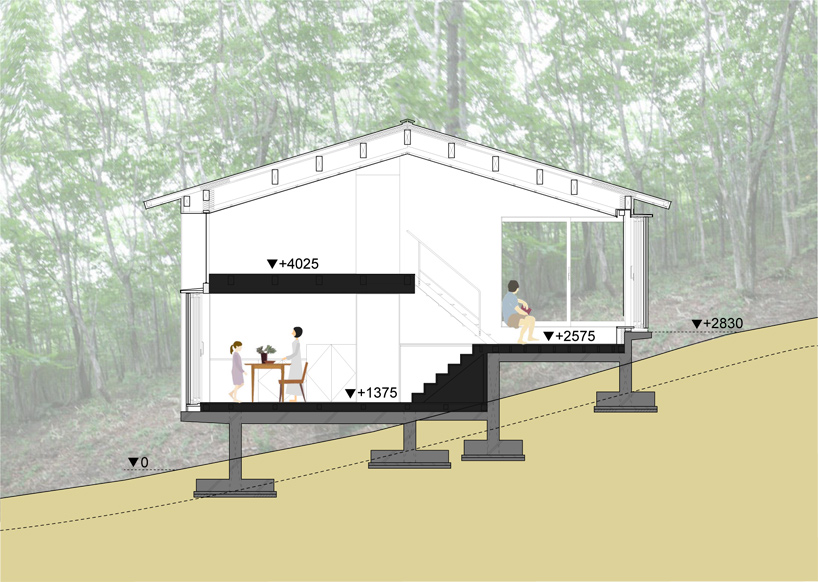 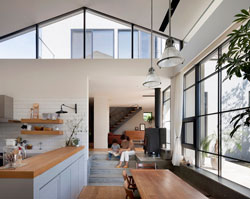 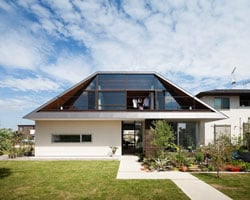 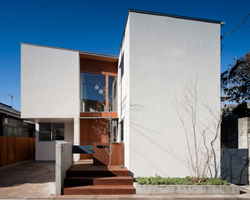 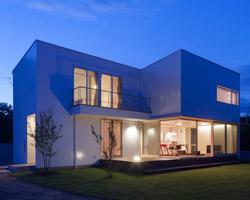