designed by napp studio, a hong kong based architecture office, ‘courtyard kitchen’ was selected as one of the winning entries for the mia cucina reinventing home kitchen design contest. the proposal aims at promoting a ‘mini home’ within the apartment. in other words, the studio wants to celebrate the kitchen as a central point for family time and cooking — instead of a tiny facility commonly found in large dense cities. 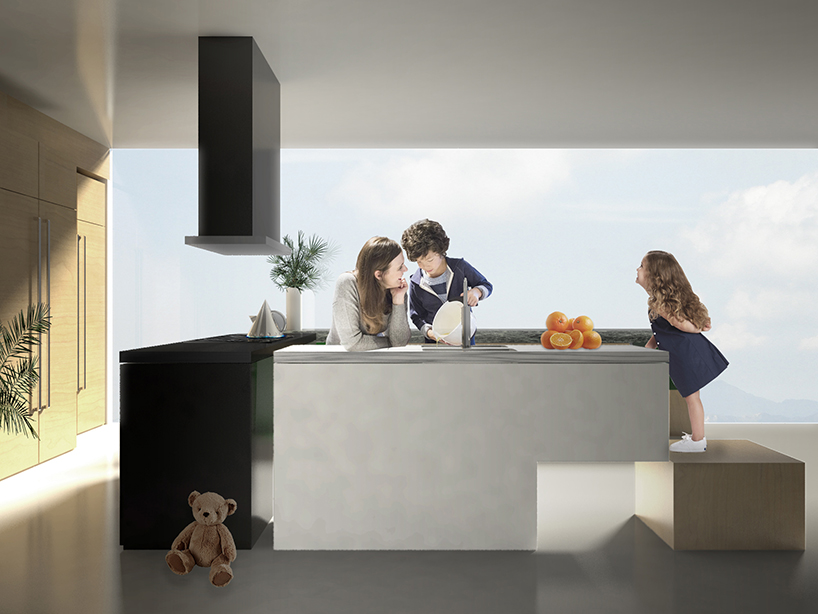 cleaning module of the courtyard kitchen

while dining has always been considered –if not the most– fundamental element in family gatherings, cooking was considered to be less important in that respect. along with the regained popularity of home-cooking due to health values, as well the availability of internet broadcasting media, napp studio questions if cooking can also be seen as an essential bonding activity for families. this led them to consider the kitchen as the nucleus of the home or ‘the family within a family’. 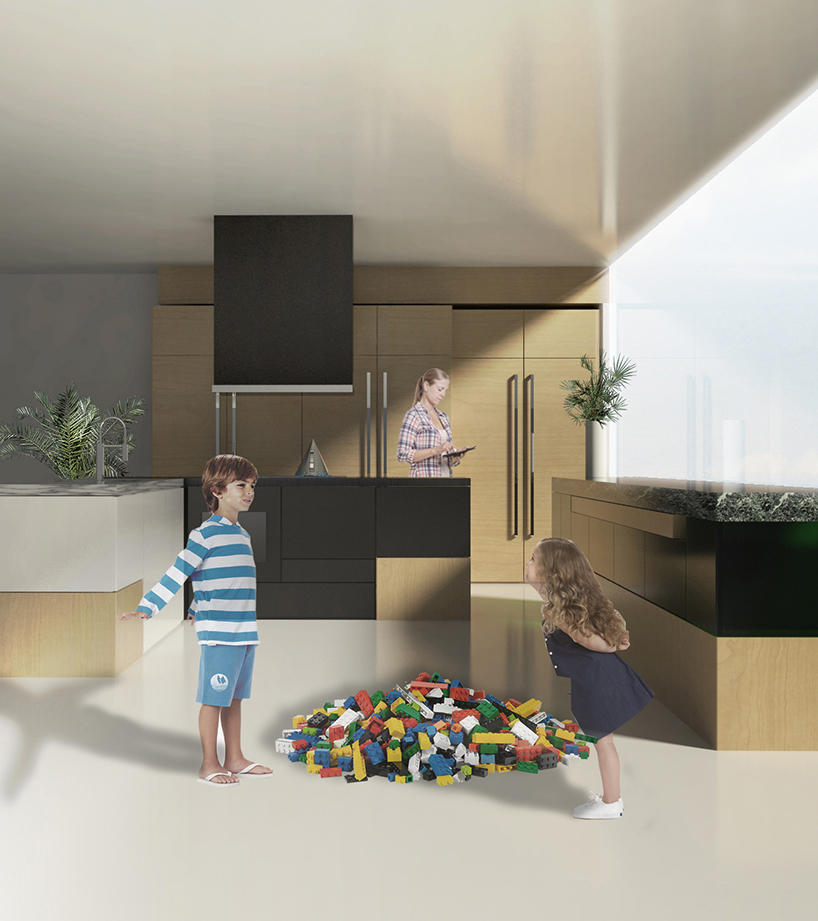 the configuration of the kitchen was influenced by siheyuan, one of the most significant icons of the chinese family. the designers extracted the motif of the icon, resulting in a central area that resembled a miniature siheyuan. the space is composed of four essential operation blocks – cleanse, cook, store and dine– with a line of full height cabinets, fridge and freezer along the wall. the outcome is a central ‘courtyard’ space surrounded by four stations linked by clear circulation. the dine module is connected to the three other stations, allowing it to be flipped out when used for eating. in such a case, the kitchen becomes an enclosed space within the apartment ; when the block is flipped back in, the area merges again with the surrounding. 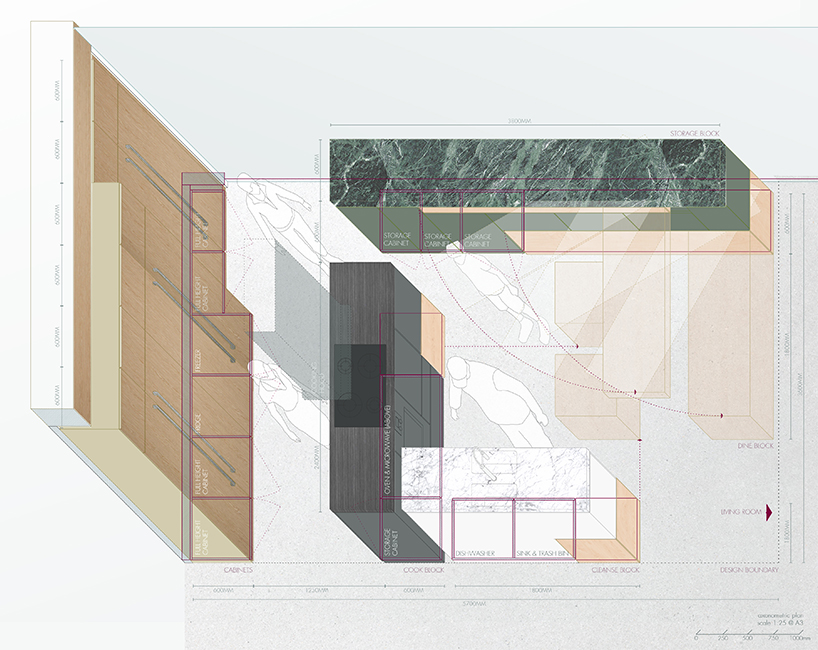 cooking is mainly done between the cleanse and cook blocks for best efficiency and to avoid staining the windows. the activity can also be carried out on the other side of the stations to watch over the children or be exposed to the outside view. while the worktop is of normal bench height (90mmH), which might be too tall for children, the dining table can be adjusted to lower the top. such an option makes it easier for parents to confine the work area to look after their little ones. 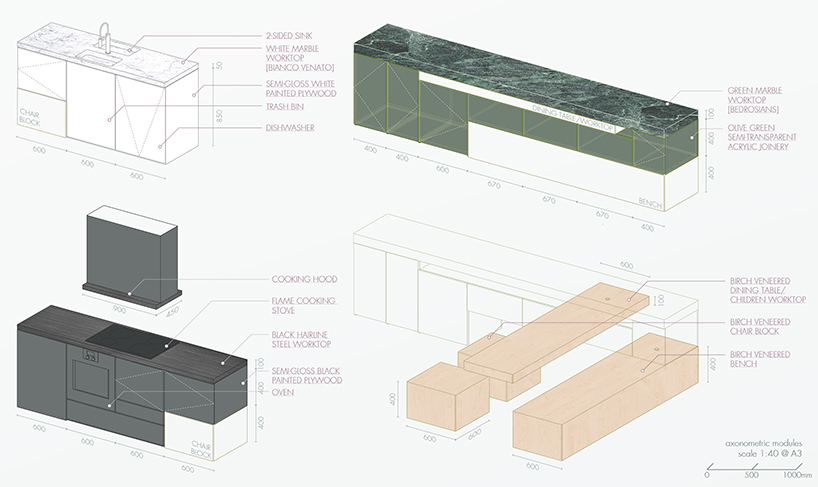 axonometric plan of the kitchen space