global architecture, urbanism and design practice broadway malyan has completed the 9,000-seat national gymnastics arena in baku, azerbaijan. after winning a competition to design the scheme back in 2011, broadway malyan was appointed by client PASHA construction to lead a multi-disciplinary in developing the arena from start to finish. the project encompassed architectural, interior and landscape design, as well as graphics, way-finding, signage and ticketing. 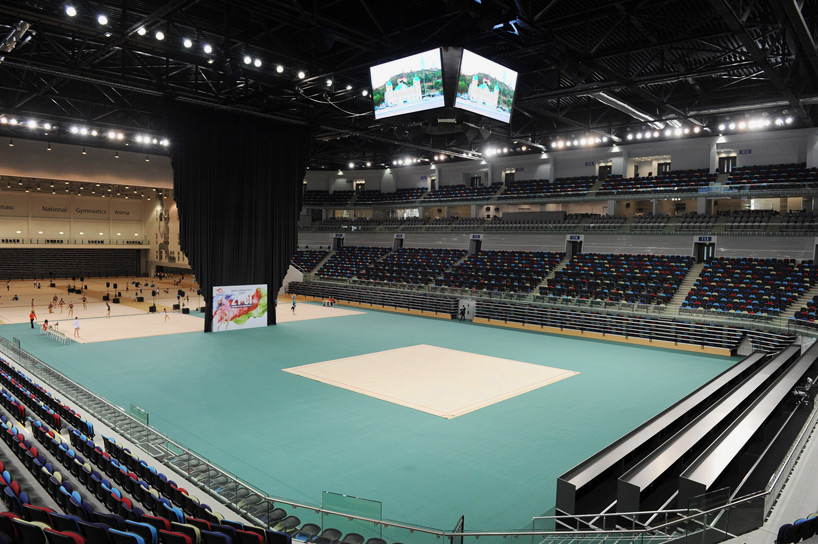 the strips of shading which encircle the structure reference the rhythmic gymnast, featuring three ribbon louvers that control daylight and solar gain and establish external views. at night, dynamic lighting will illuminate the arena make it appear as three distinct bands rendered in azerbaijan’s national colors. 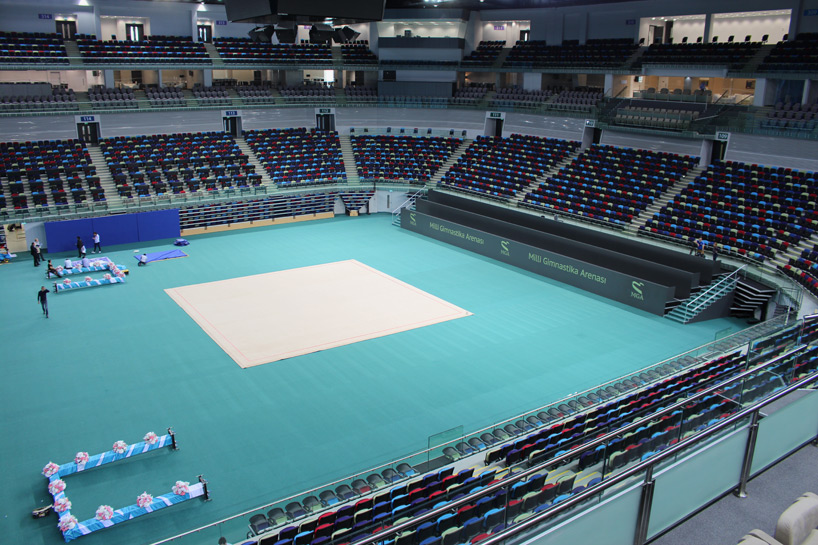 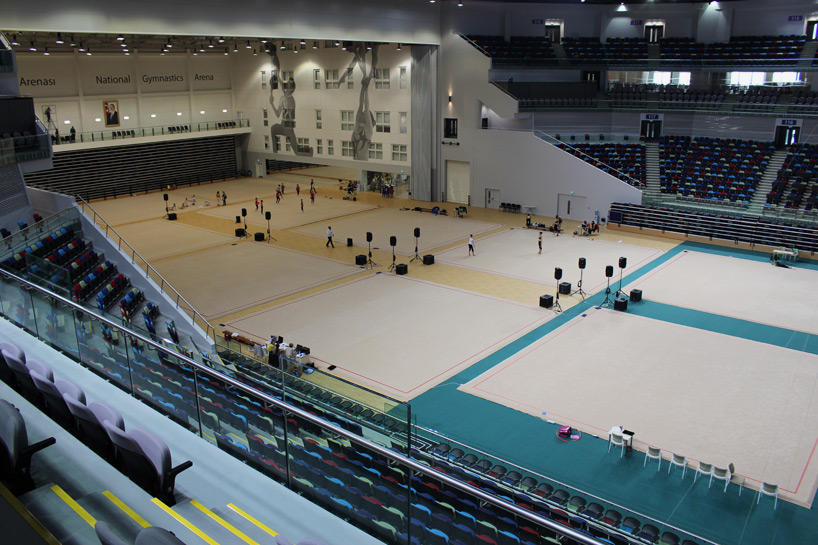 the arena is located in the azerbaijani capital of baku

‘our expert design team has worked in close partnership with the client to create a world-class and transformational international sports venue that is set to bring gymnasts and spectators together and represent a symbol of national, civic and sporting pride,’ explained kevin leahy, director at broadway malyan. 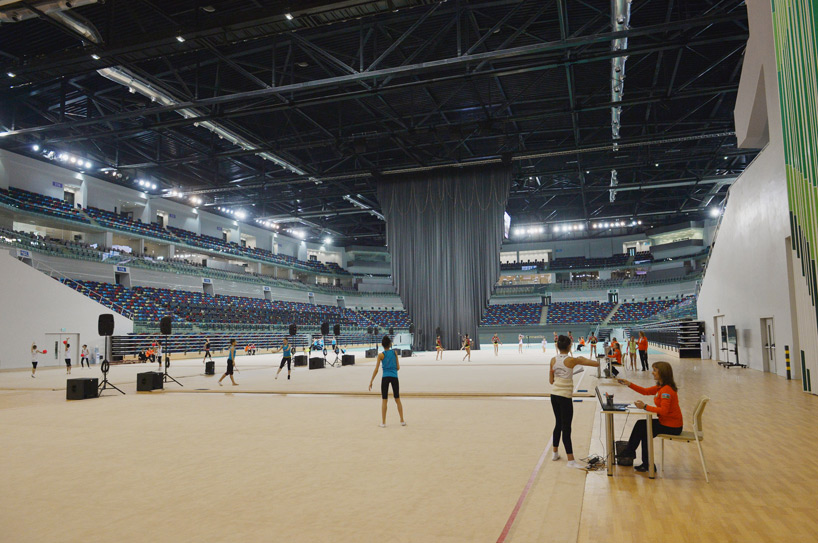 the interior of the 9,000 seat auditorium

philippe silacci, spokesperson for the federation of international gymnastics (fig), continued: ‘the national gymnastics arena is a superb project that totally meets the expectations of the gymnastics community in azerbaijan. we are pleased to extend our warmest congratulations to the project team and to all those who have contributed to this wonderful project.’ 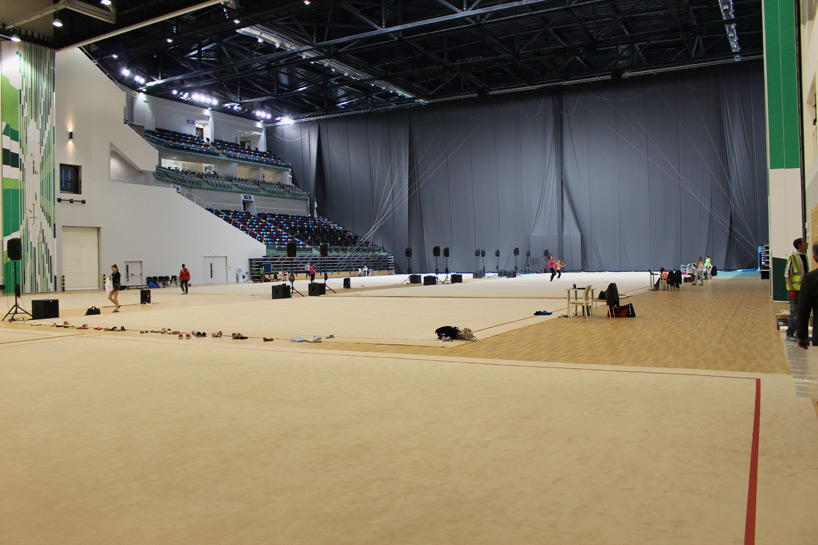 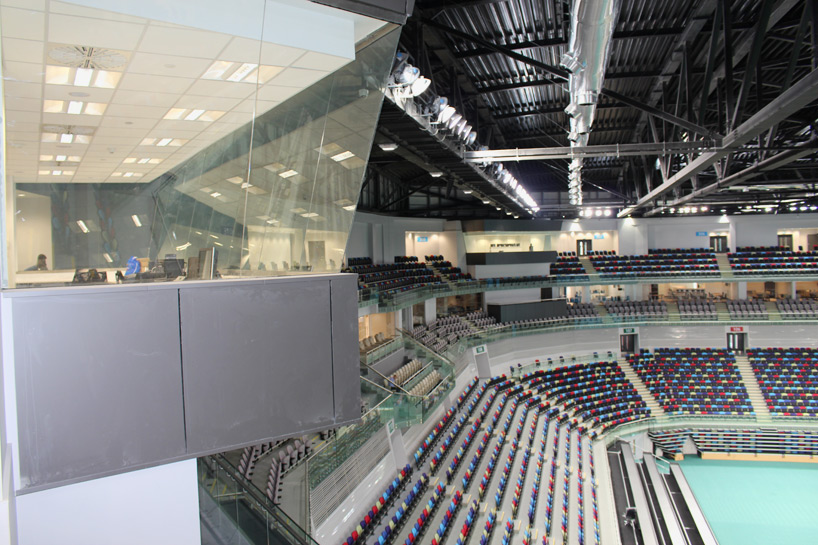 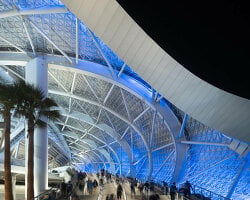