‘house NB’ is located on a sloping site amongst a pine forest in france. completed by NBJ architectes, the residence is composed of three gable-roof volumes which are oriented toward views of the valley below. the steep topography results in a terraced layout across the property, with access from above and an outdoor deck and pool situated below. for their efforts, architects elodie nourrigat and jacques brion have won the ‘technal architecture aluminium prize 2014’, given during the 24H of architecture at the fiche belle de mai in marseille. 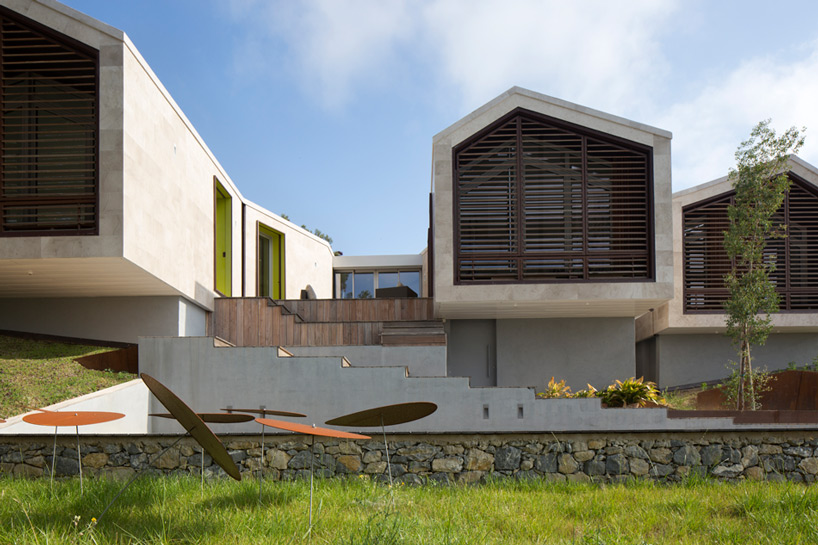 each of the elongated building volumes turn subtly to create a dynamic layout. an outdoor deck occupies the interstitial space between two pavilions, while a central corridor connects the residence. the pentagonal profiles of each viewing frame are infilled with folding wood screens, which allow for regulated sun penetration. 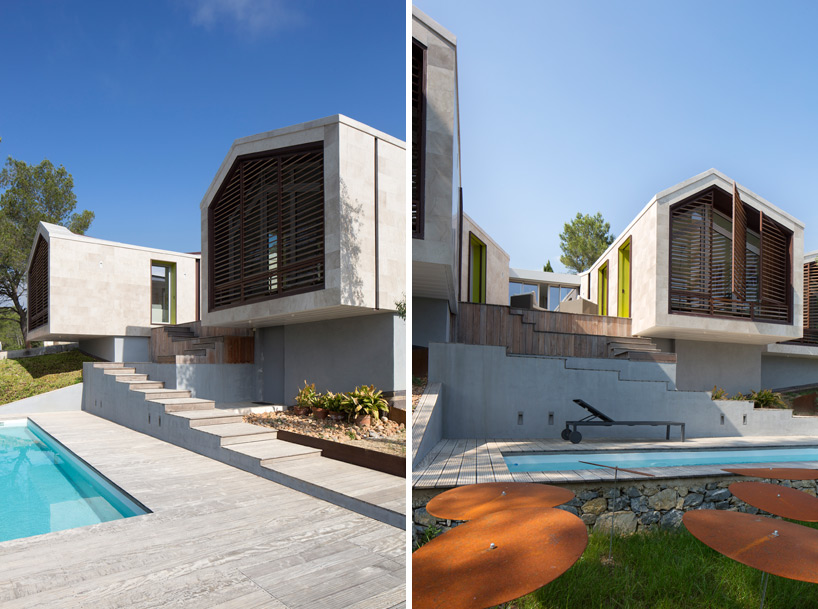 due to the site’s sloping topography, the building volumes cantilever toward the pool
photos © paul kozlowski 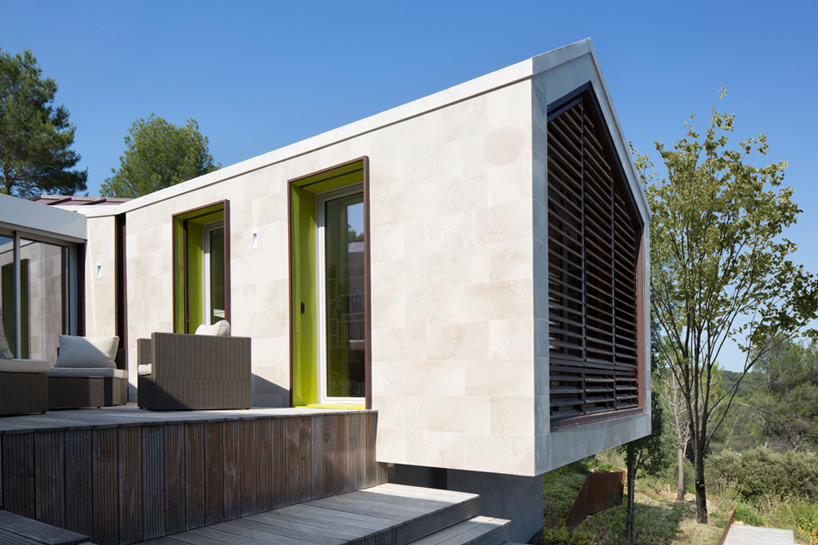 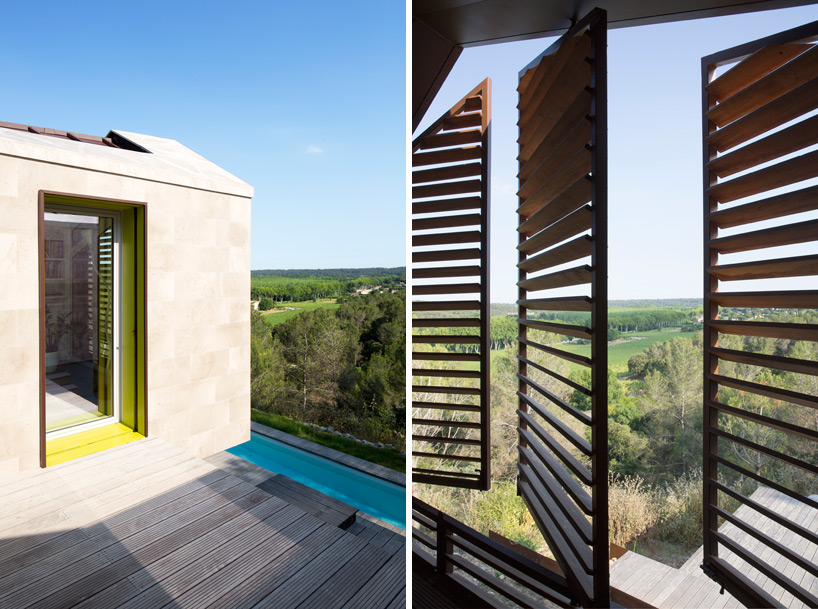 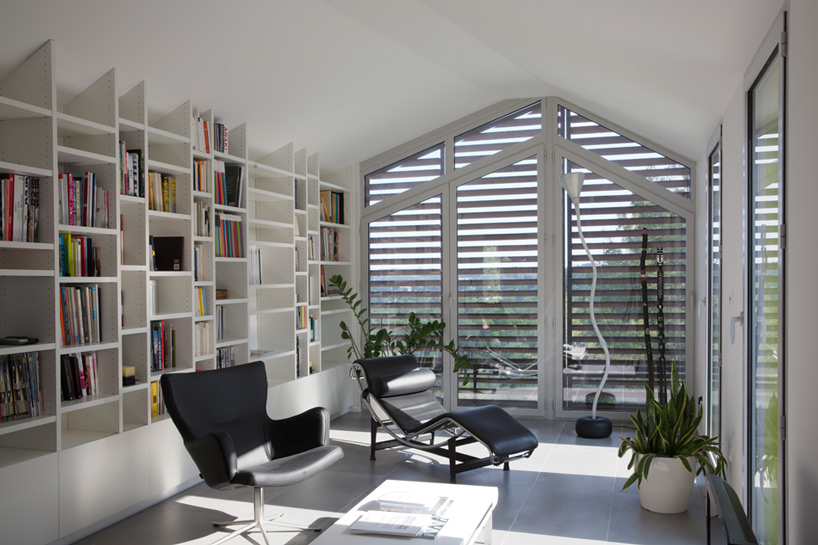 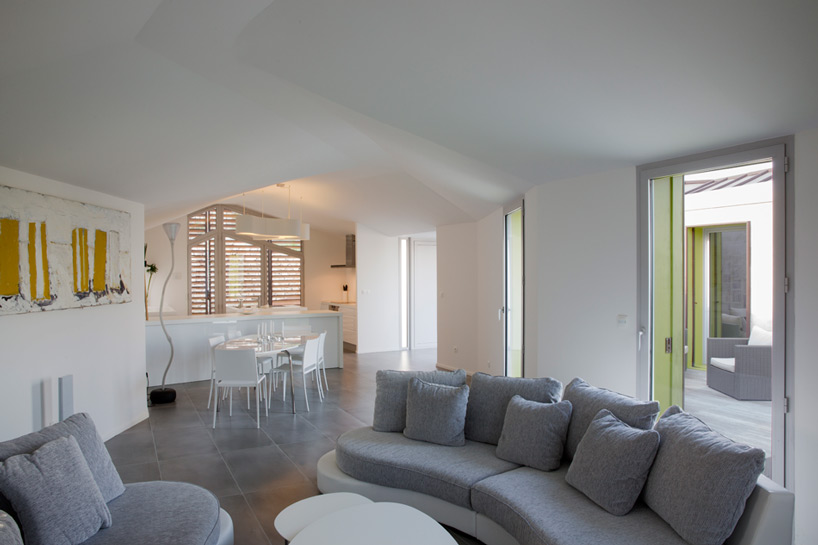 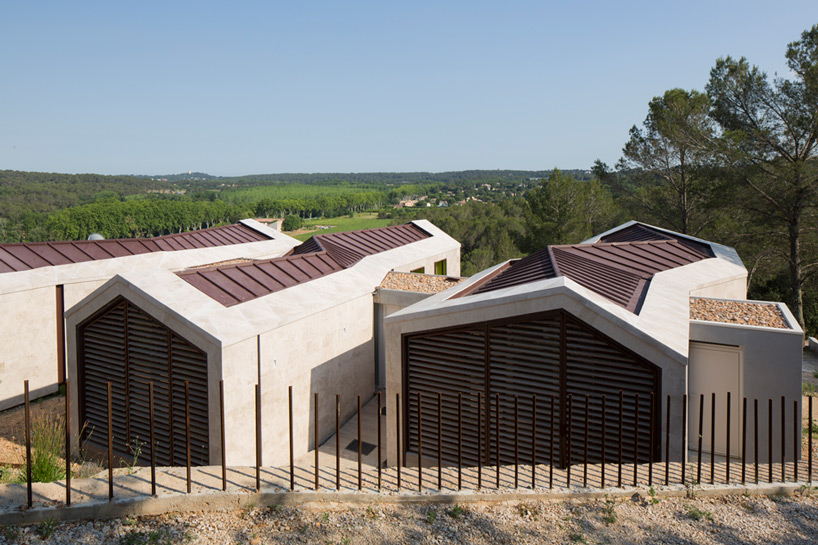 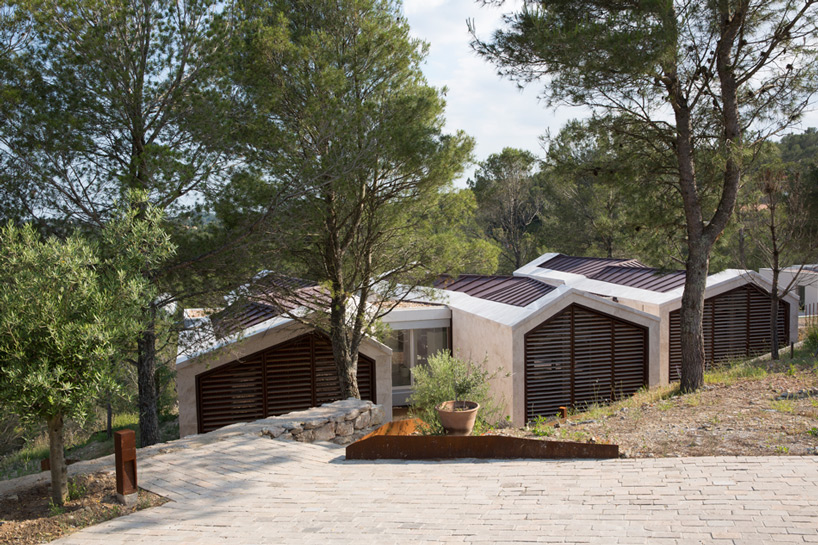 the residence is accessed from above
photo © paul kozlowski 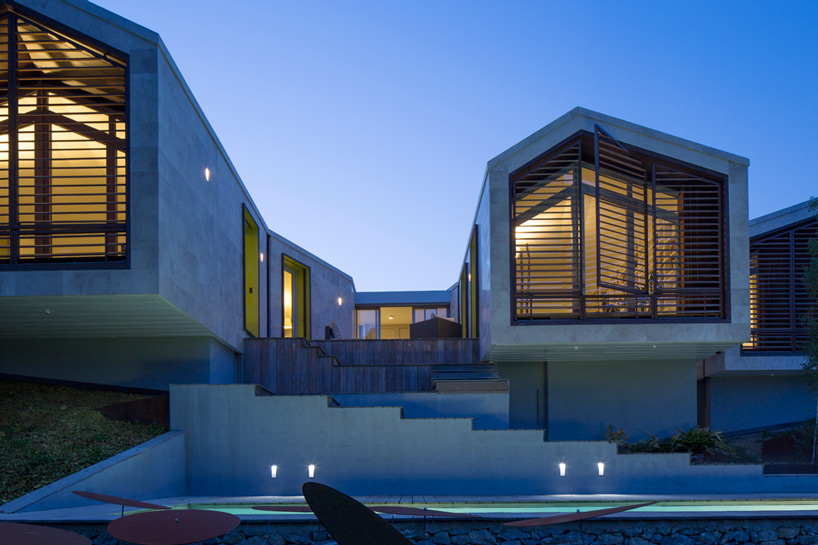 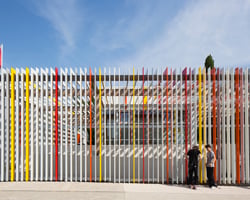 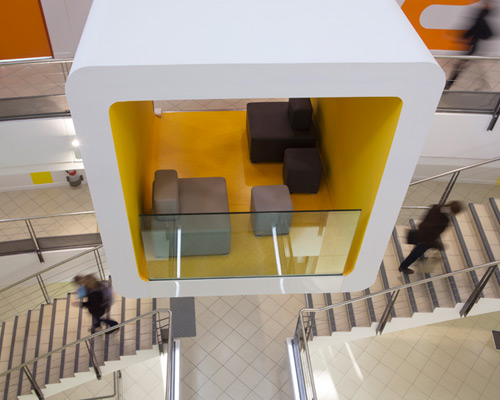