it’s been over two years since designboom first covered NE-AR’s ‘one column house’ (see our coverage here). since then, the project has come a long way, with the extension and refurbishment now completed. the southern argentinean home sits on the shores of a patagonian lake, and now fully fulfills the needs and natural living experience the client’s were hoping for. 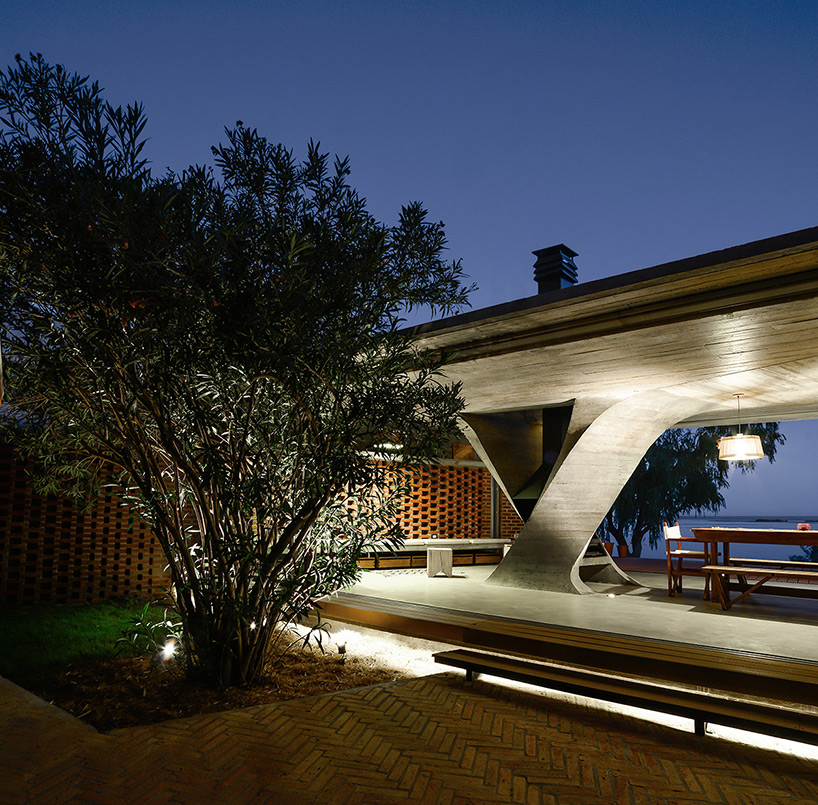 through the building towards the lake

originally, the house was sitting in a poor position, neglecting the best views towards the lake and landscape. further exacerbation was caused by two neighboring houses, whose plots are situated closer to the shore. internally, rooms were deep, dark and completely unconnected to the natural world outside. 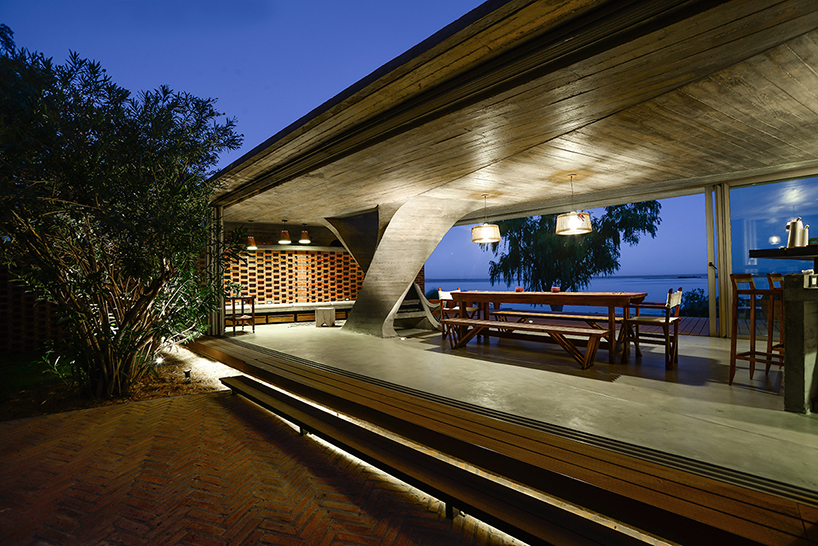 NE-AR’s plan involved the incorporation of a detached building to the plan, which would work to reconnect the home to the world. the auxiliary space is located closer to the lake, and is oriented towards the best vistas the location can offer. an internal patio runs between the pre-existing structure and the extension for easy movement between the two. the original home was altered and now contains two large bedrooms and the master bath. all commons areas were placed linearly within the new volume, including an open kitchen, dining room and living area. all of which share a wide open wooden terrace that faces the lake shore. 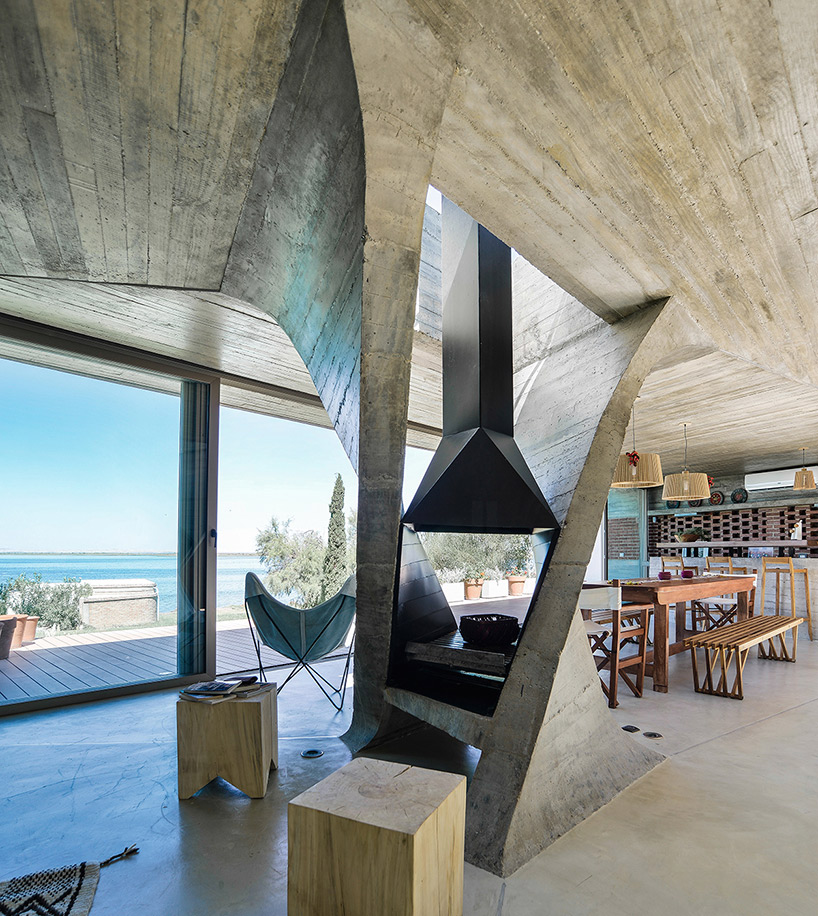 detail of the concrete form

the structure is mainly built in reinforced concrete. a planar roof runs between the plot’s opposite boundary lines and is strengthened by four inverted beams that converge in a single vertical element. the weight-bearing column is formed by a pair of concrete shear walls that wrap down into the floor. the component provides a variety of services beyond its structural capacity. first, is by identifying the central area by integrating a fireplace. it also articulates the program, helping organize the functional space surrounding it. lastly, it stores wood for the fire, holds rain water pipes, and opens up the concrete roof to allow natural light to come in. 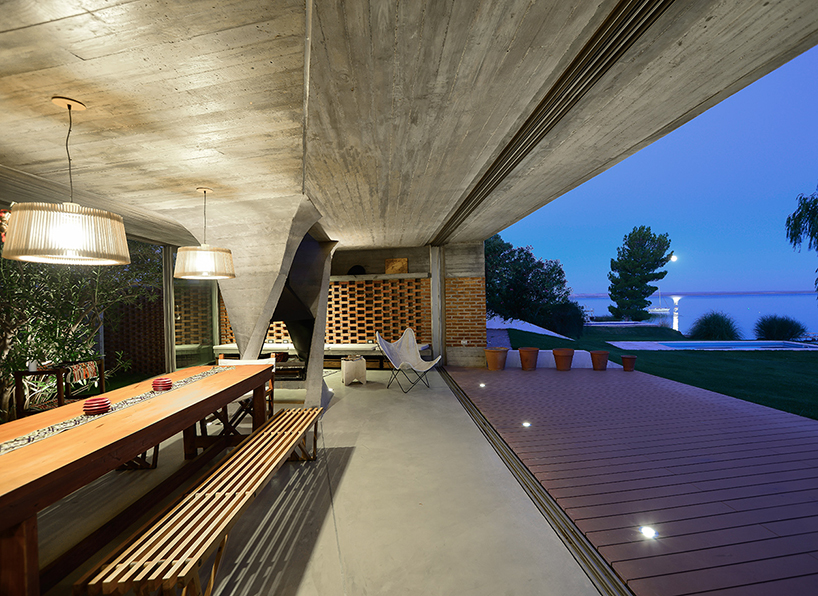 movement from inside to outside 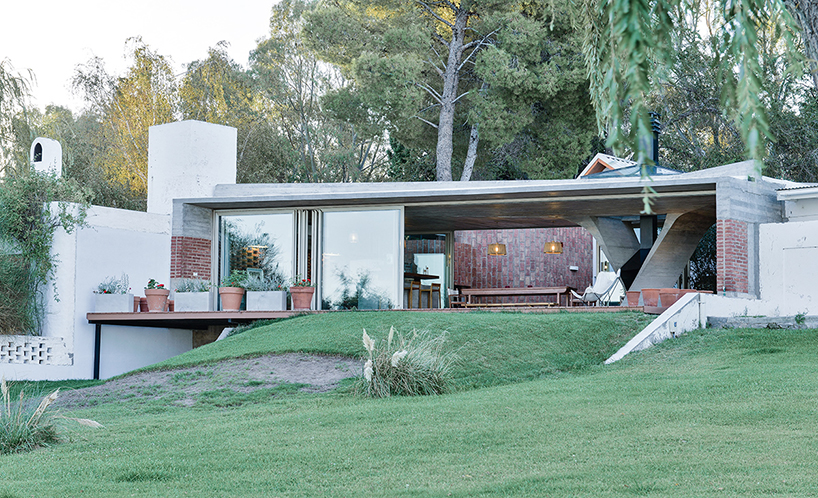 looking to the house from the water 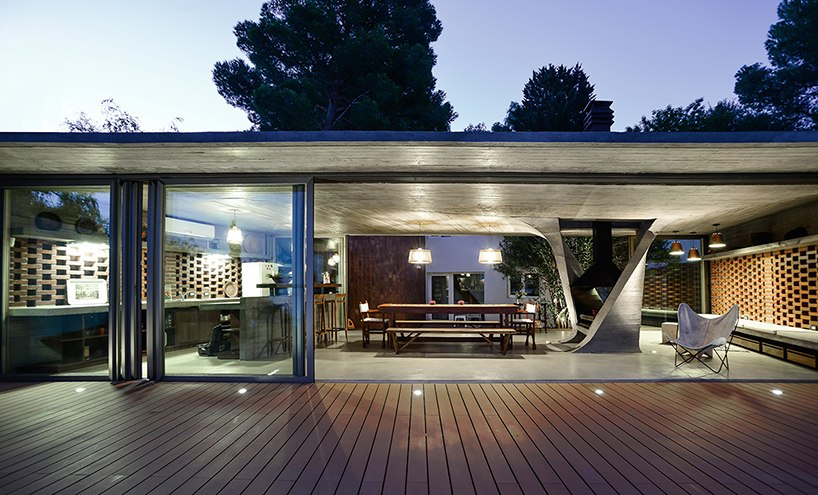 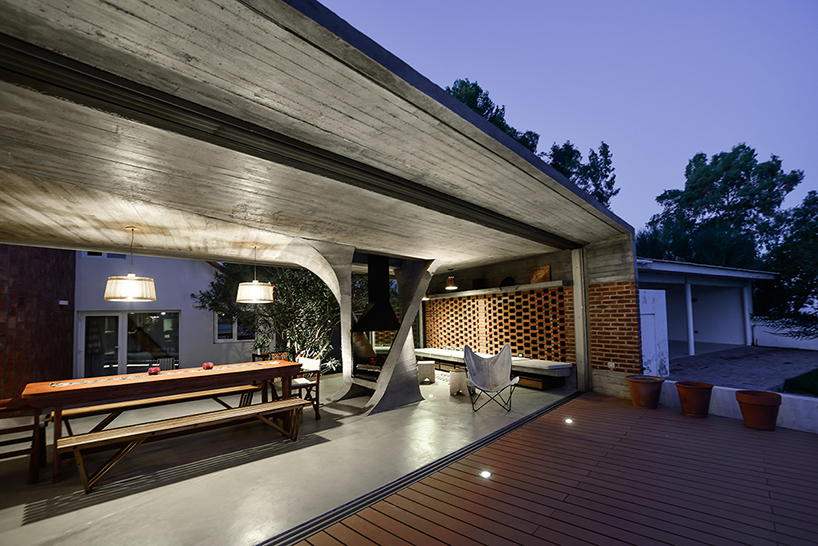 detail of the structural element 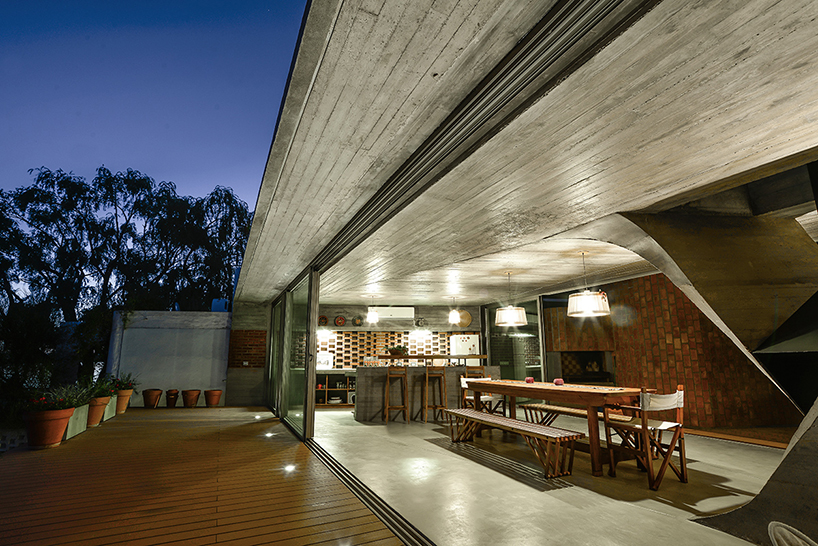 the kitchen is located closest to the other building 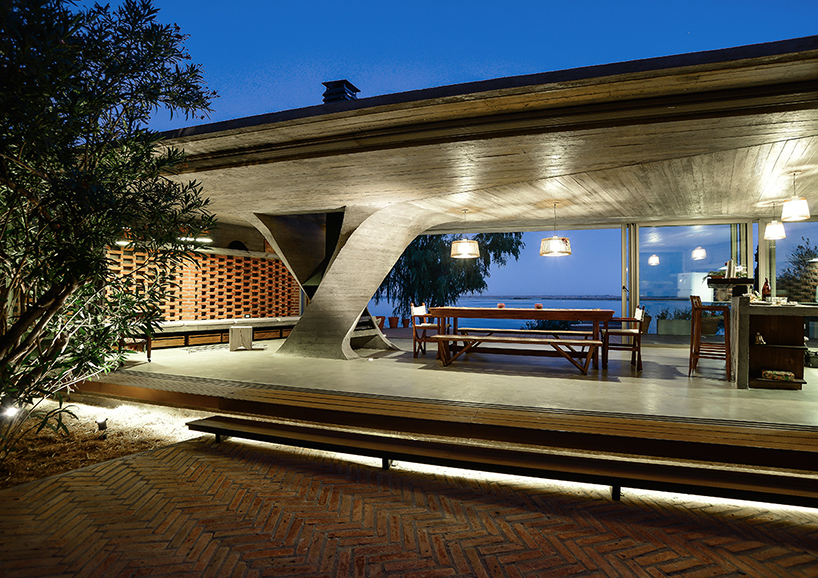 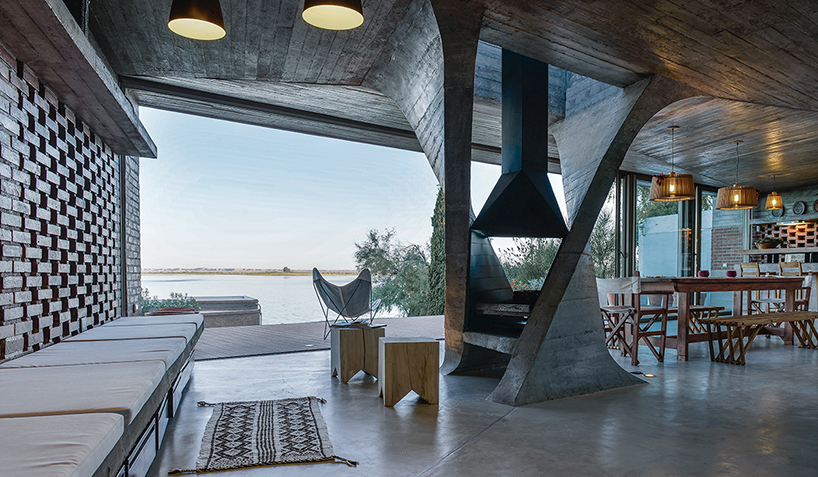 a fireplace is contained with the concrete column 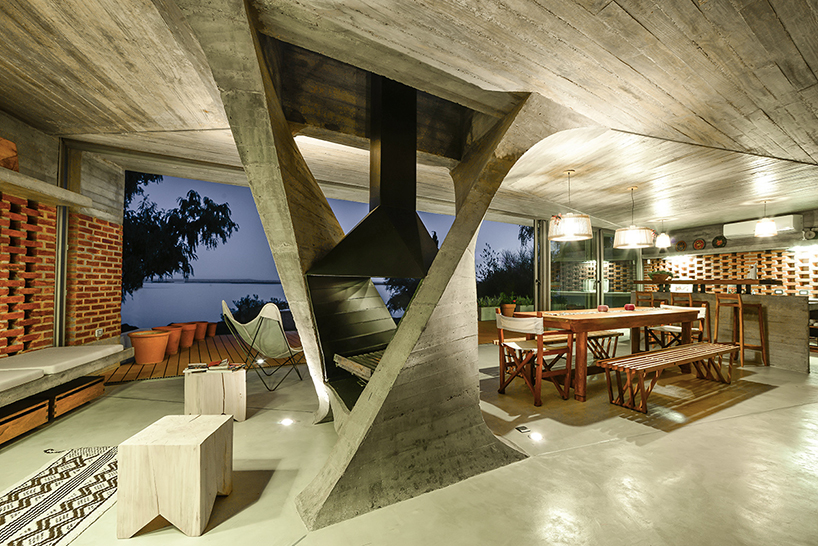