render of the day: a minimalist pool house sitting on top of a desert rock

french firm negroni – archivision have sent in images of their proposal for a ‘police station of the future’.

their concept was ‘to humanize’: the need for an entity, which remains indispensable and inseparable from a modern society. to be opened to a changing society without concealing its shortcomings.

the ‘police station of the future’ will be primarily a model of an administrative building. every citizen will have access to it freely and peacefully without being exposed to criminal environment, due to the use of three separate traffic flows: the public, staff and the police environment.

the building uses the ‘new energy regulation’, such as low consumption (BBC) or liabilities.

the structural principle is simple;a metal supporting structure on the top of which prefabricated modules and self-BBC-type (low consumption) are placed.

these modules consist of three different gauges will be freely combined according to the needs of users and their specifications. the vertical circulation and fluids will be grouped around a central well, which will prevent crossings vertical from module to module.

each BBC element will consist of triple glazing and proper insulation, green roof; each element will be airtight thanks to prefabrication factory. these prefabricated elements assembled on site, will be added to the central well.

the shells append to the essence of the building with each shell consisting of multi-hulls. they will support; visual identity, mobility, automation (domotic), thermal protection, and photovoltaic receivers. by their mobility, these shells will give life to the building, which will become a signal for the city to apprehend the climate.

three rows of shells will cover the facades of the building. the first one, located at the bottom, will be manufactured in metal to protect it in case of  aggression, particularly in risk areas. the second one made of wood latticework type, used to sift and filter the light according to different times of the day. with the meteorological sensors mounted on the building or directly connected to meteo france, the shells will mechanically orient themselves with time, temperature and external ambient wind. the third row, translucent, will consist of photovoltaic elements that will power the building with electricity. they will move to gear maximum light taking. 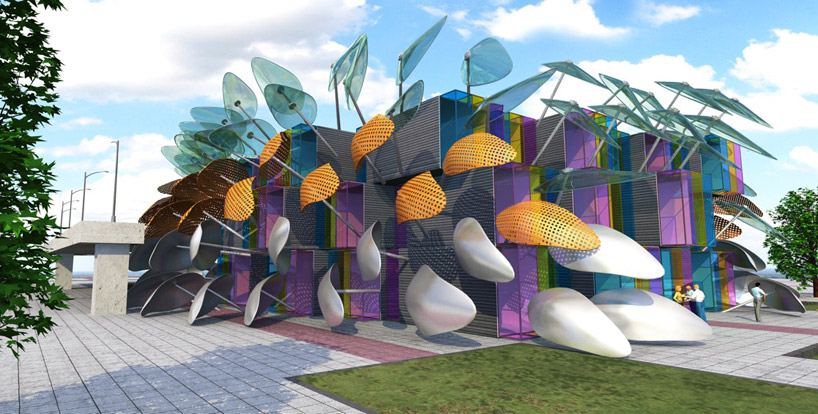 the meeting of all shells when they are closed creates a buffer of natural air (thanks to their concavity) that will protect the building from heat. this function together with a specific insulation will prevent the use of air conditioning in public buildings. their ovoid shape creates a natural ‘venturi effect’ with a constant breeze going to refresh and insulate the glass envelope. thanks to this natural force, it can be also possible to add elements like wind to this double skin in order to create a source of additional energy.

to improve traffic flows on each police station it will be added an external or underground parking zone, depending on the type of places; direct access will be given to the area of police custody in order to minimize the travel time of potentially dangerous person.

located in the heart of building under the patio and covered with a glass roof we will find command post. from that central point electronic links between the field investigators, patrol cars and various police departments will be established. the command post will be visible from all other services. three elevators located in the garden (central wells) will allow flow of visitors, citizens, handcuffed offenders, victims, who file complaints, to travel without crossing. 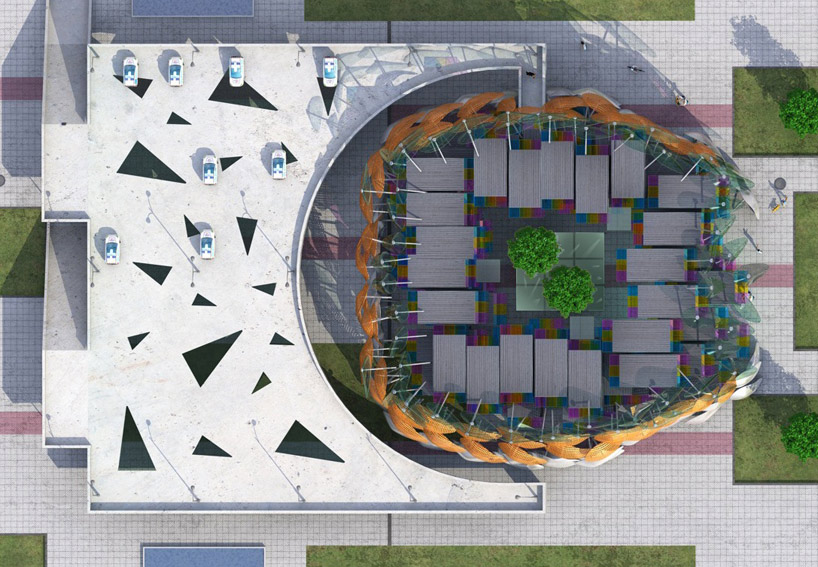 BBC (building low to consumption) construction will use new energies: – heating and cooling by the ground: with a pump water heat / water powered by solar energy. – insulation materials and efficient type qeh (triple glazing, double skin, maximum use of metal and glass, green roof.) – use of vegetation in the centre of the building to facilitate the natural temperature regulation. – use of leds for general lighting of the building (low consumption). – considering its sustainability over time, but also facilitate its eventual dismantling. 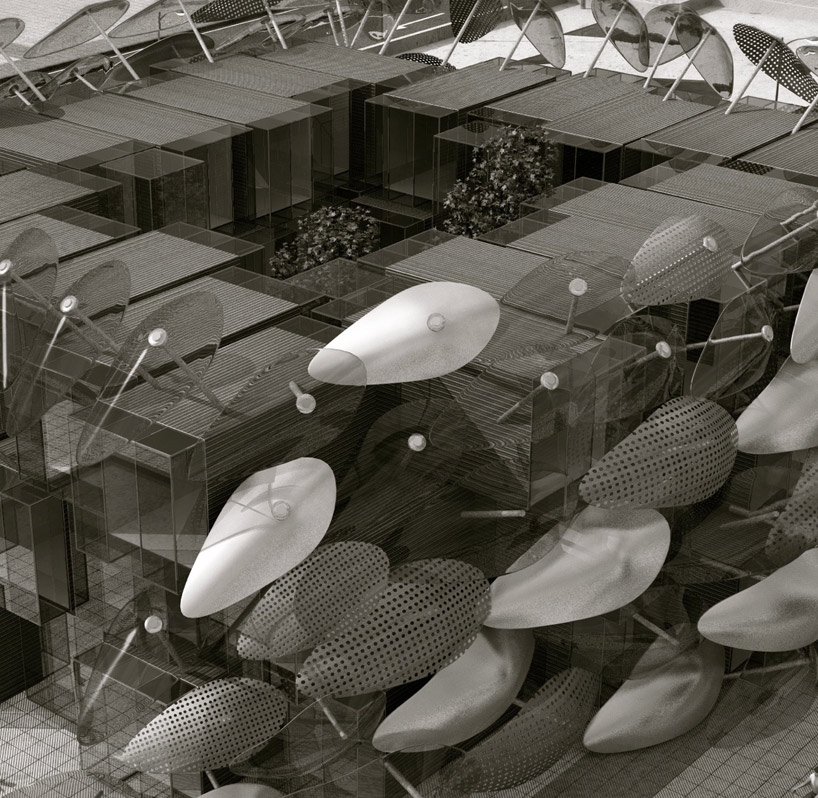 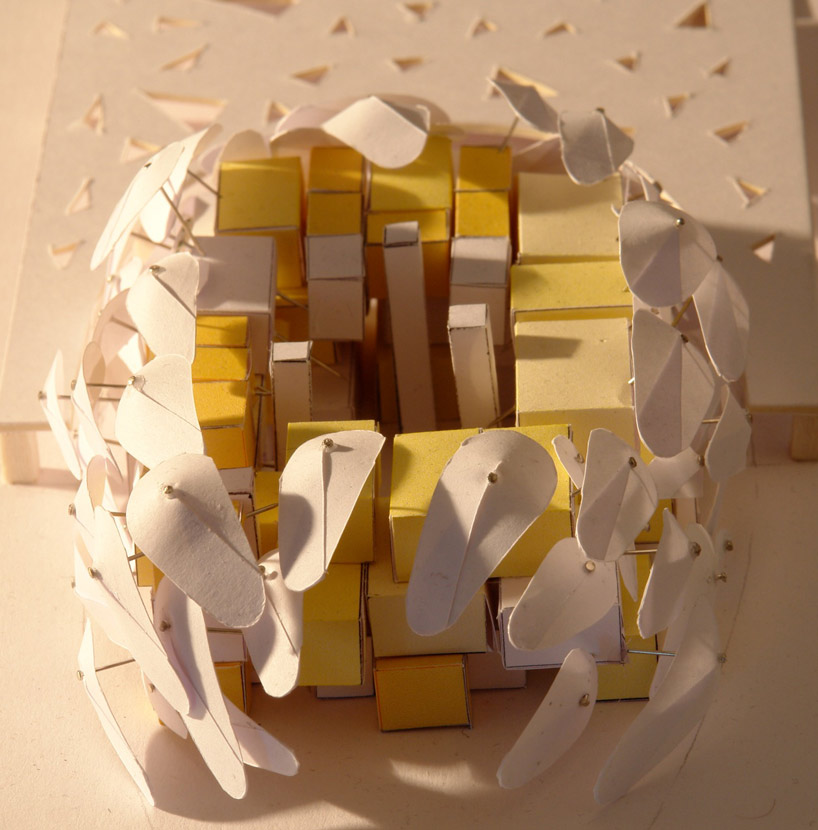 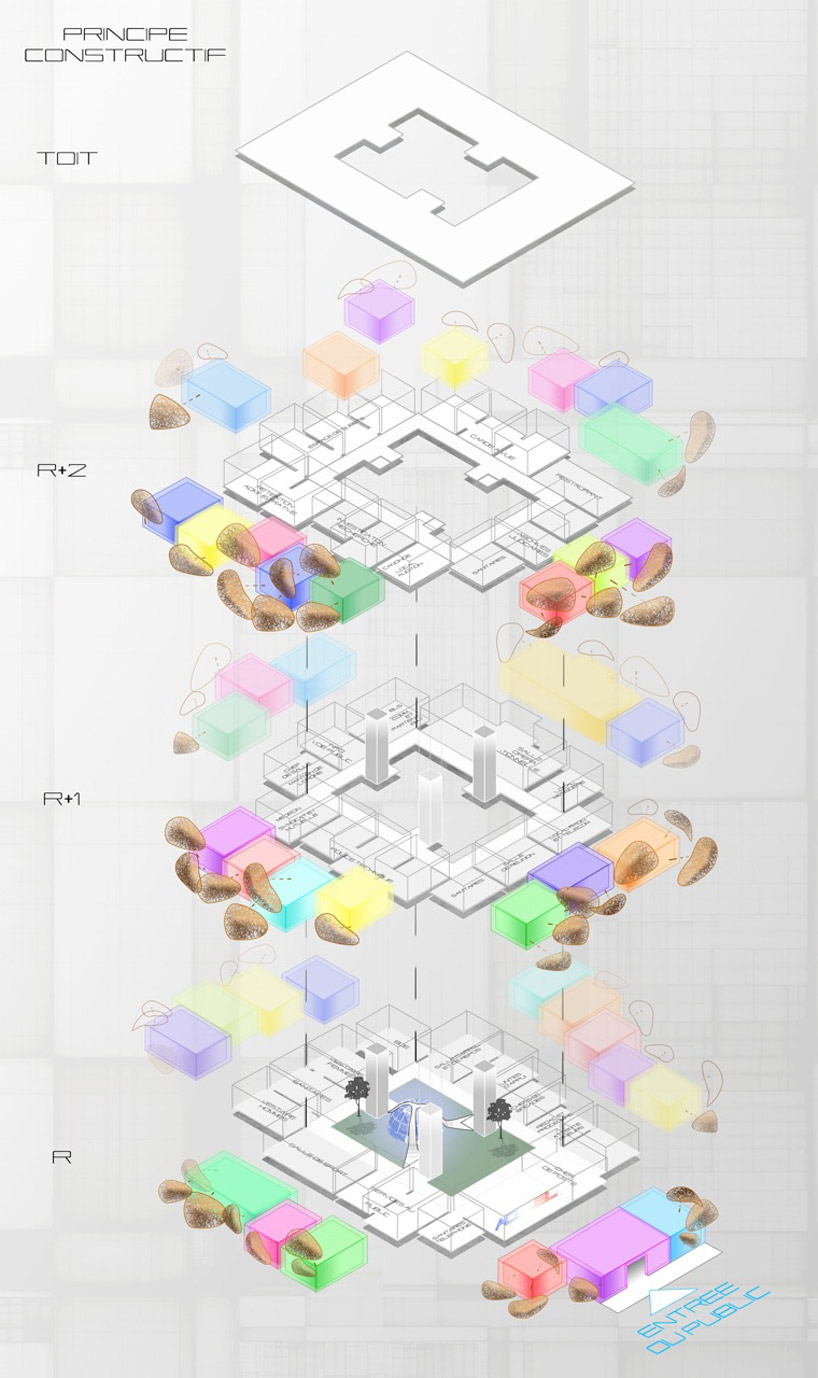 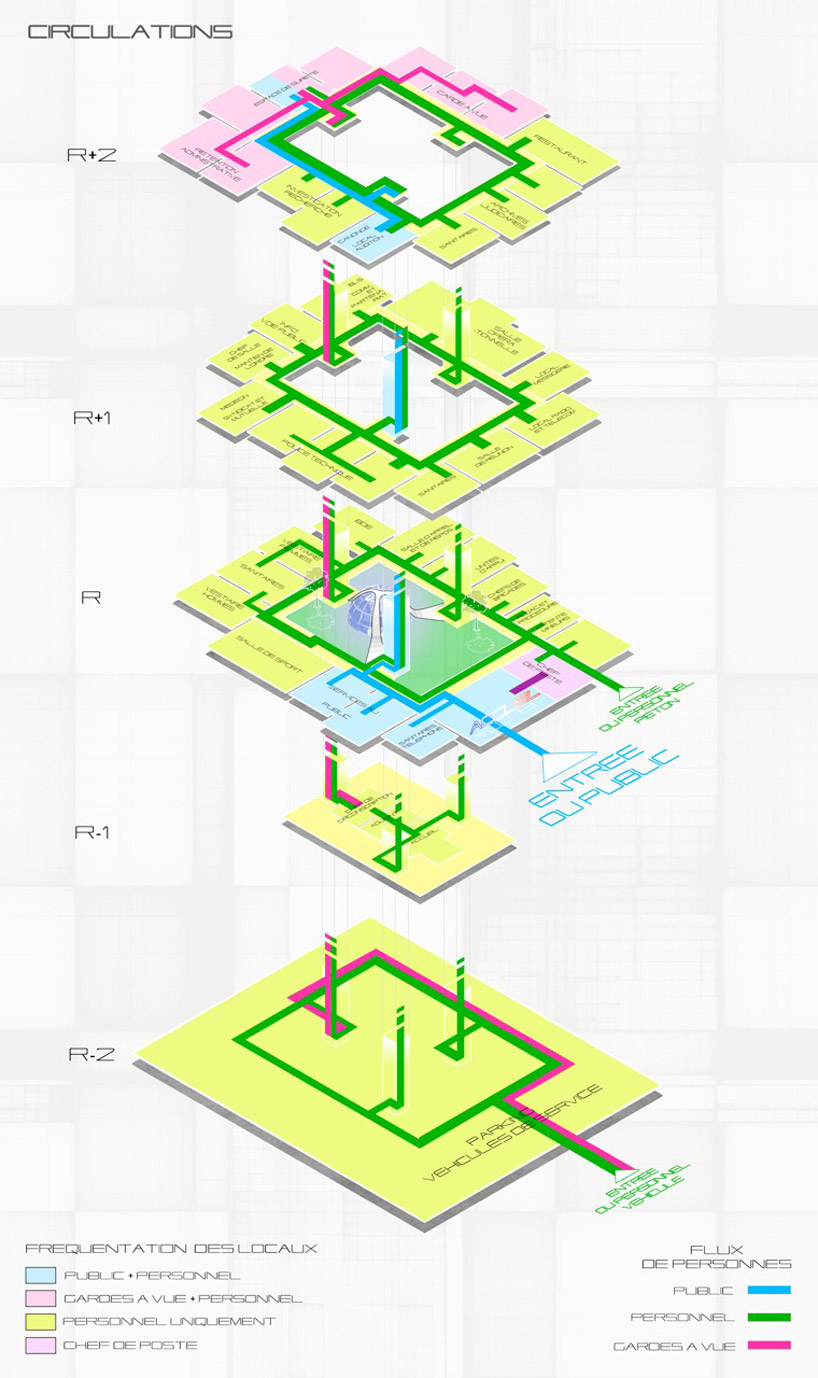 Sep 15, 2021
al borde builds a 'garden house' in ecuador with live trees and rammed earth
the columns themselves are live lechero trees while the enclosure is built of rammed earth.
architecture
199 shares
connections: +2320