have you ever looked at frank lloyd wright’s ‘falling water’ and thought, ‘not bad but he should have gone with tuscan style.’ well hopefully you haven’t, but in case you’re curious now — scroll through these images to check out some wacky renditions of famous architecture remastered in the styles of other times. the collection, devised by neomam for expedia, sees the work of niemeyer, pei and others mashed up to form a humorous clash of structural styles. 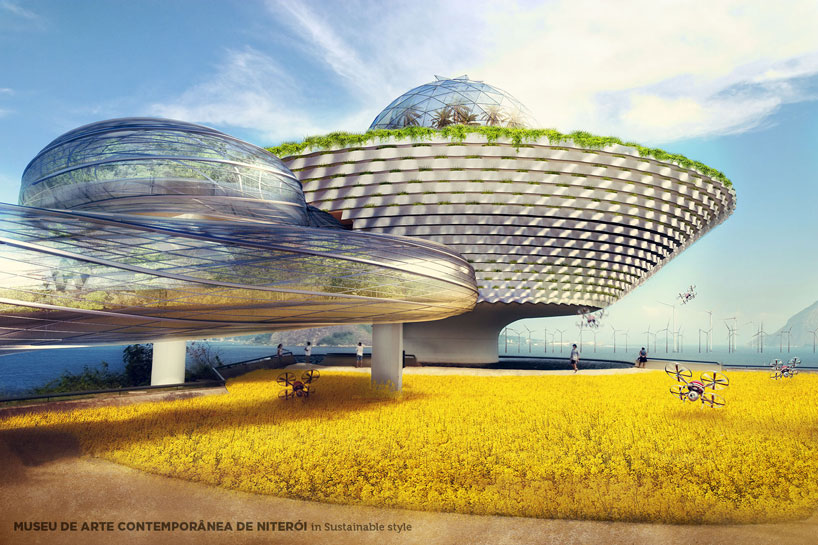 all images courtesy of neomam

above is the museum de arte contemporanea de niterói, which was completed in the mid 1990s, but here is brought by neomam into the next decade. rethought in the world of today, where ‘environmental’ is a buzzword in architecture, a roof garden is thriving and drones zoom around — most likely all on their way to take an arial photo of the building; because…welcome to the 21st century. below, we have a classical version of ‘falling water’, likely located somewhere in long island. wait…is that all marble? 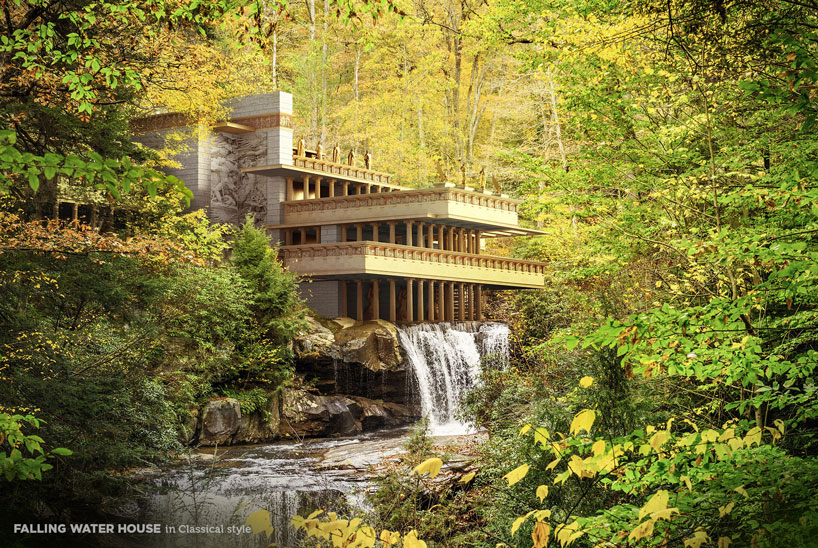 some of the re-imaginations actually work — in a strange way. for instance, the sydney opera house seems somehow suited to a tudor style. surly architectural historians and professors will have a heyday analyzing this concept, and might even invent some new words to describe its significance in the field. it definitely poses many interesting questions about the nature of style, which in its prime, is often considered to be timeless, only decades later to grow outdated. perhaps an architectural style will come back in style for a period of revival, perhaps not.

neomam’s project for expedia pokes fun at all these serious masterpieces of architecture, but also suggests a deeper theme, that of the inevitable change of taste over time and the importance of personal preference in design. 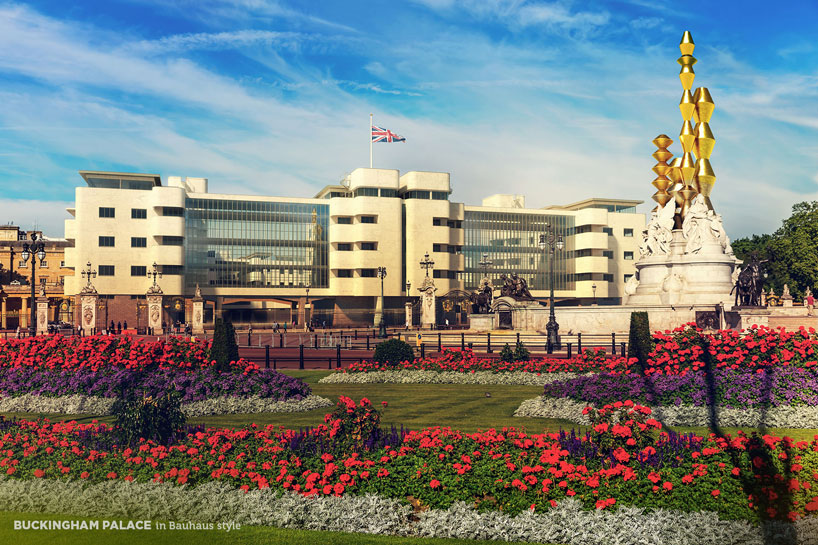 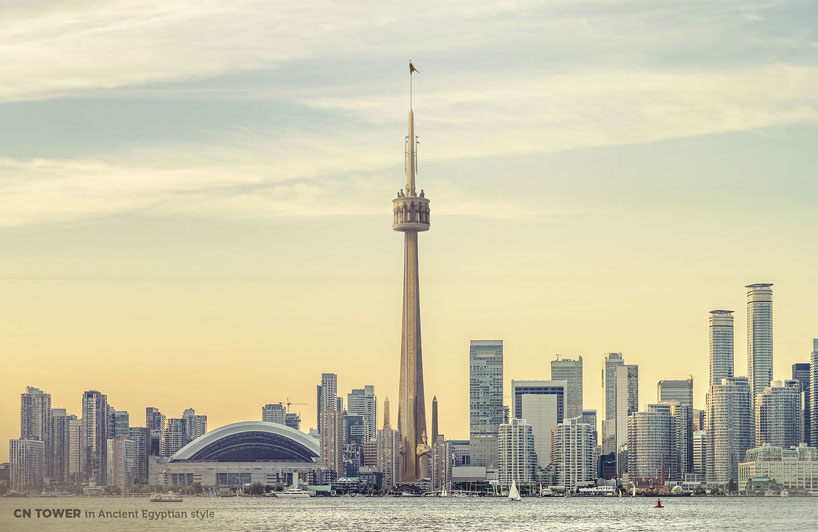 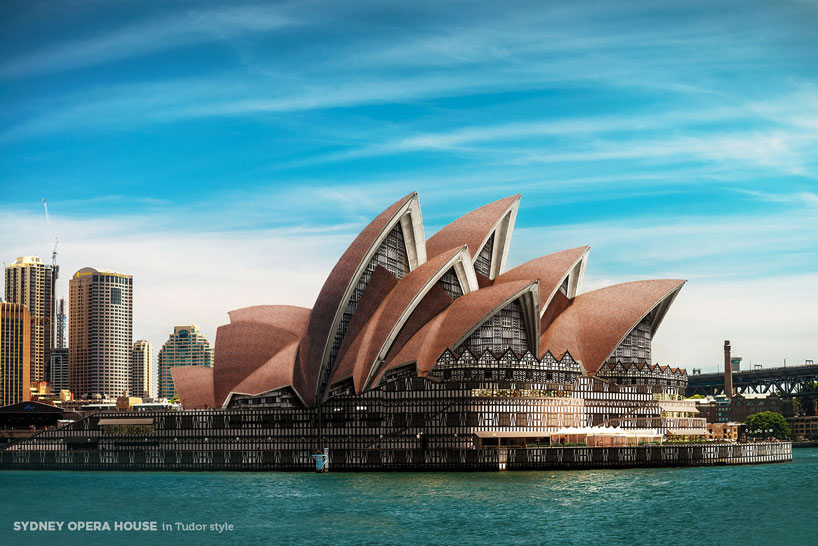 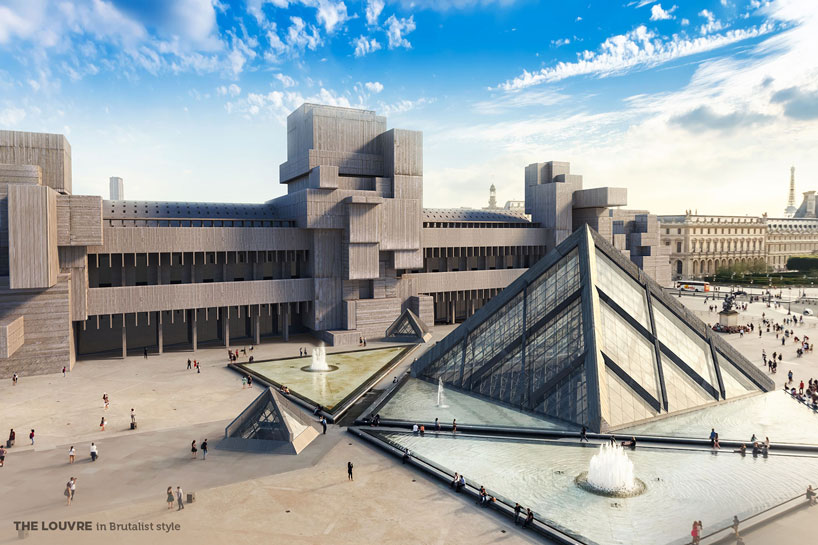 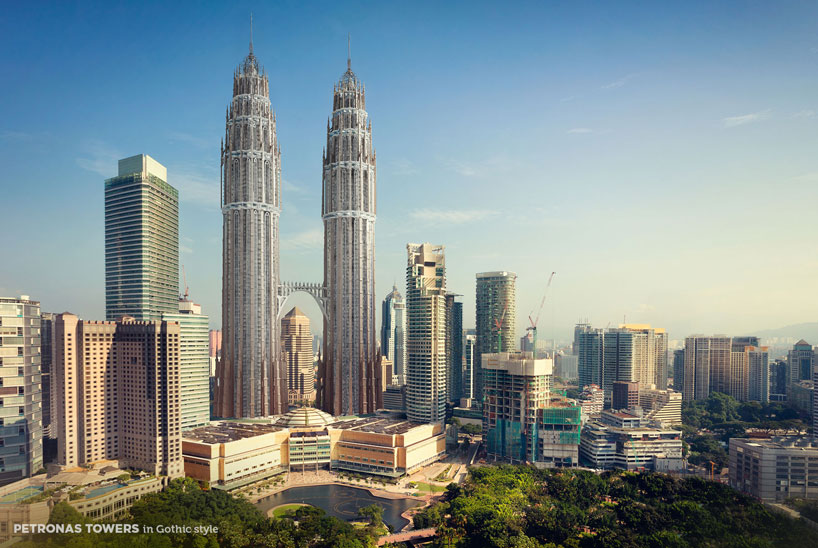