A()VOID designed a cluster of nine scattered hyperbolic volumes interconnected by a network of floating timber bridges in zhangjiakou, a rural area in china. the architects sought to maintain a harmonic coexistence of public and private areas between the vertical ‘grottos’ which was enhanced by the wooden platforms. following the renovation, the village will become a communal farm offering accommodation, food services, and activities, providing farmers with the benefits of the homesteads. 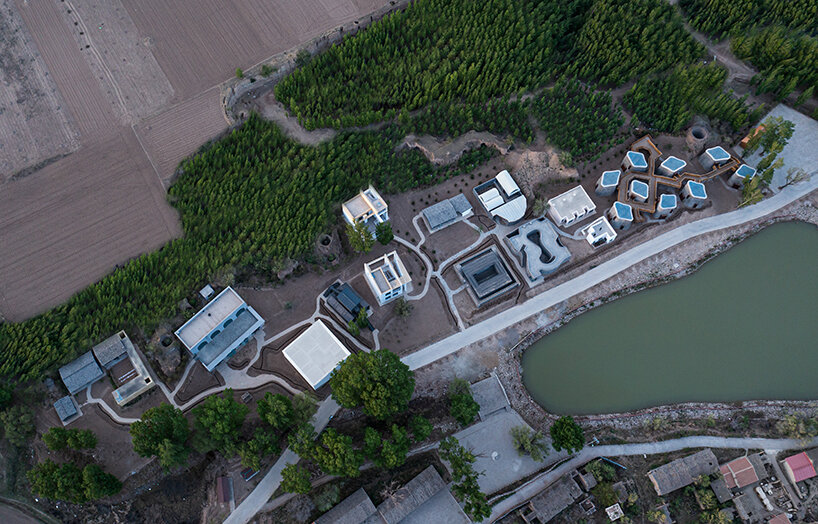 the native cave dwellings of the site are re-interpreted as vertical ‘grottos’, which are connected by the wooden structures. A()VOID supported the bridge with a hidden four-by-six-meter grid, which is derived from the length-to-width ratio of the original cave dwellings on the site, serving as the keynote for the layout of the corridor structure. wandering under and above the wooden bridge, passers-by can appreciate the surrounding landscape and indigenous architecture of yu county. 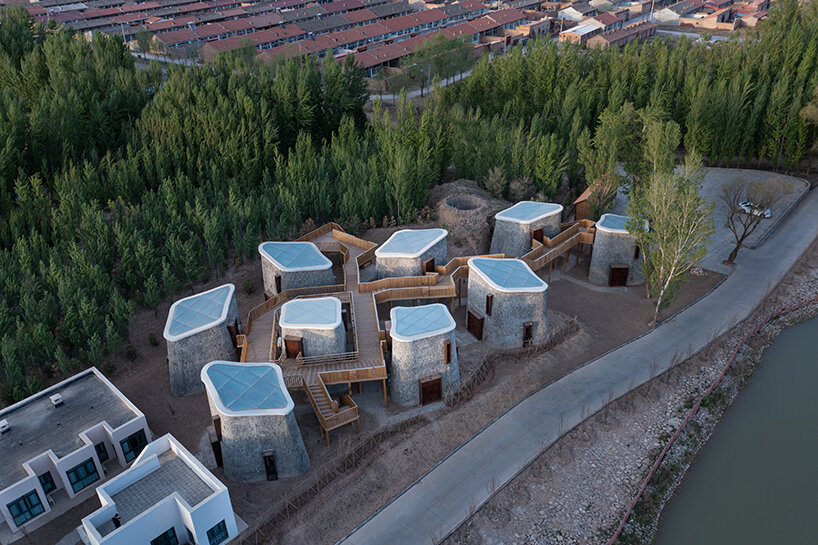 the nine volumes are characterized by organic forms, pinewood columns, and corten-steel fenestration while the local materials and construction techniques attempted to harmonize them with the site. the interior spans seven meters in height and is bathed by natural light thanks to the sunroof inviting residents to focus on the verticality of the space. ‘the introduction of generous skylights contextualizes residents to rurality’s rhythm of ‘working from dawn to dusk’ and further exposes their sensitivity to the sun’s trajectory.’ 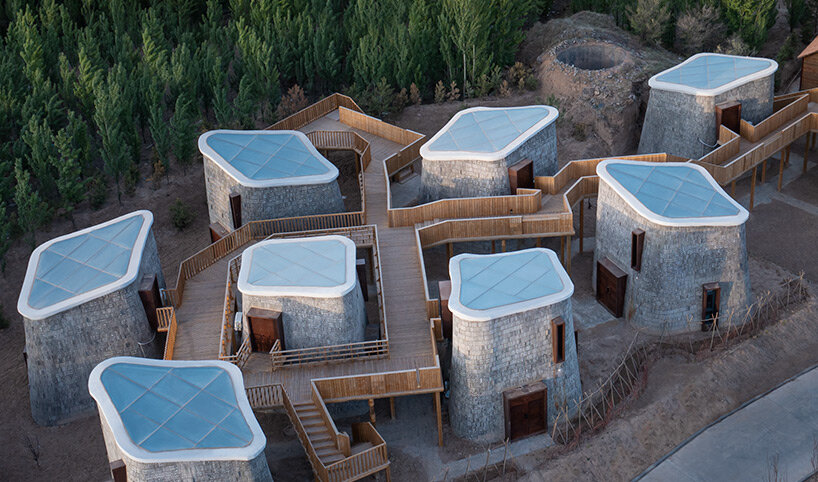 bearing in mind the region’s climate, the architects sought to protect the structures wrapping them with double-layered brick walls; during summer, heat can be discharged via a chimney effect given rise by the collaboration of the unit’s geometry and fenestration. the visibility of the bricks on the facade depends on the intensity of the sun and cloud density. ‘the shadow of the protrusions and wood bridge cast on the hyperboloid morphs with the sun’s trajectory, emerging ephemeral time-spaces.’ 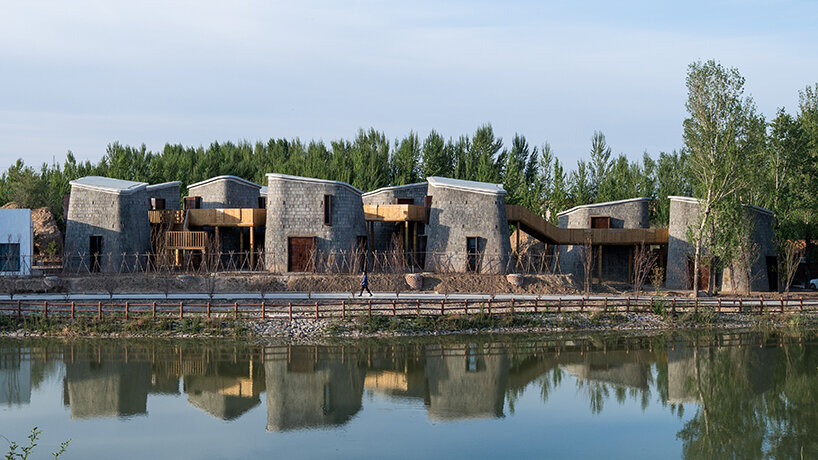 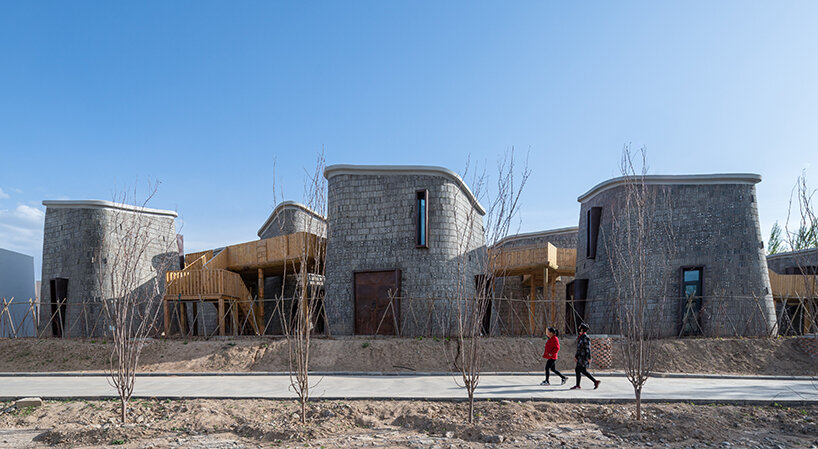 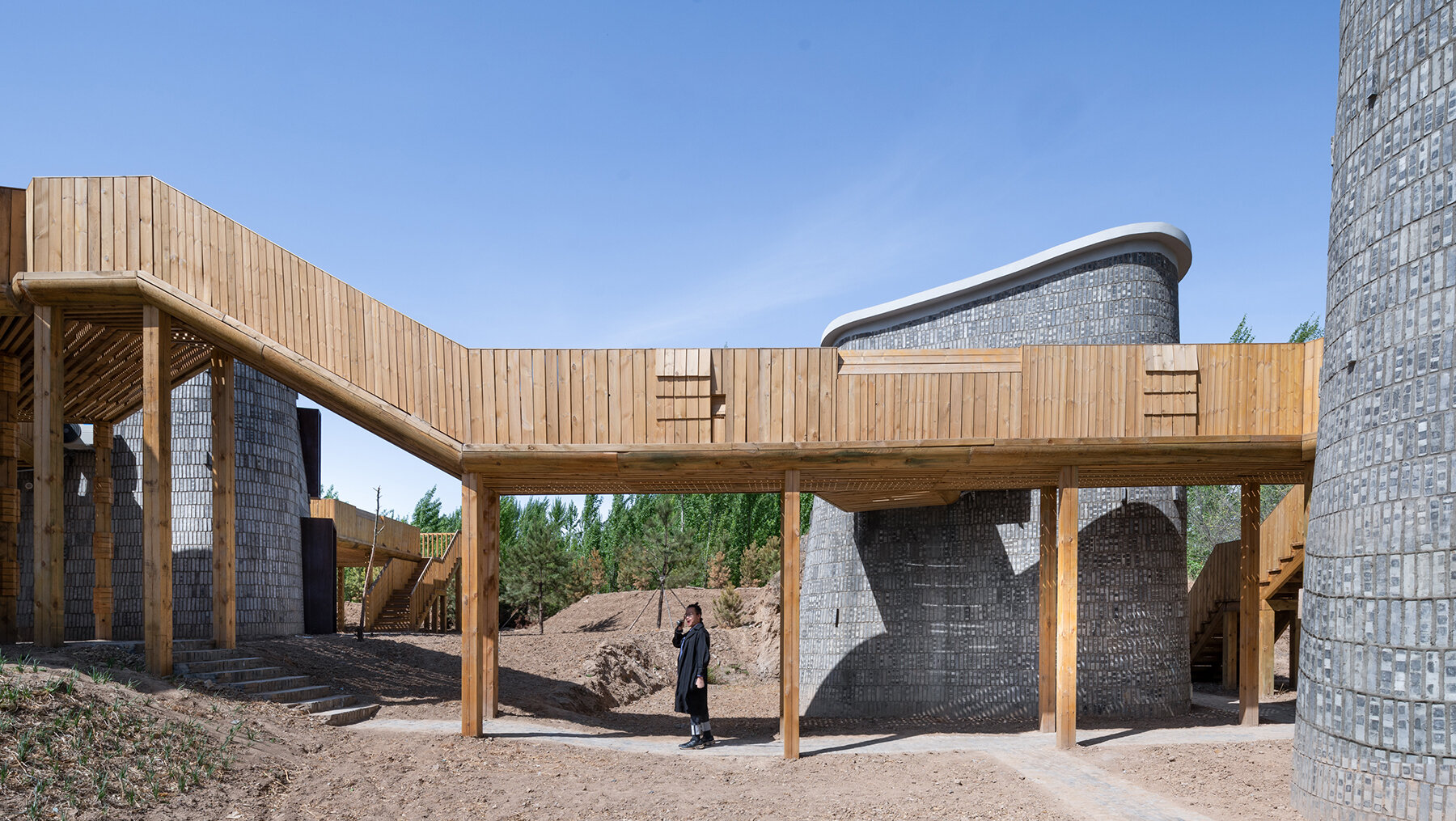 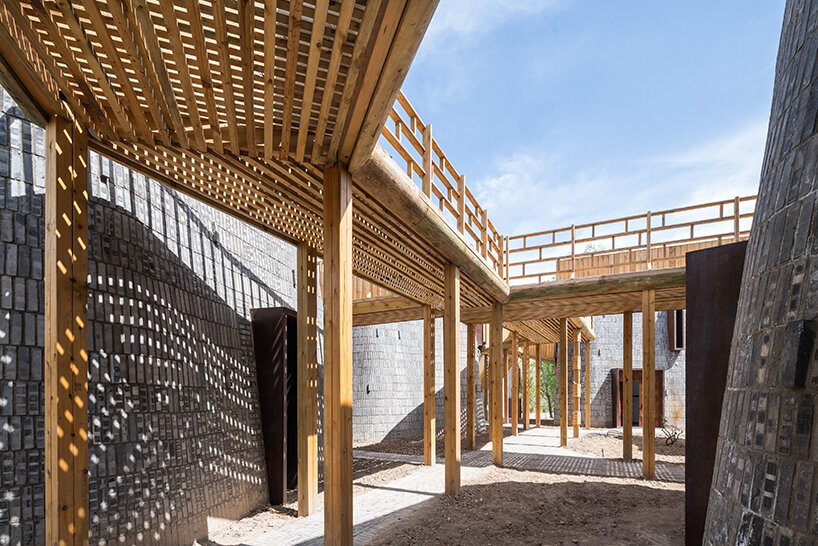 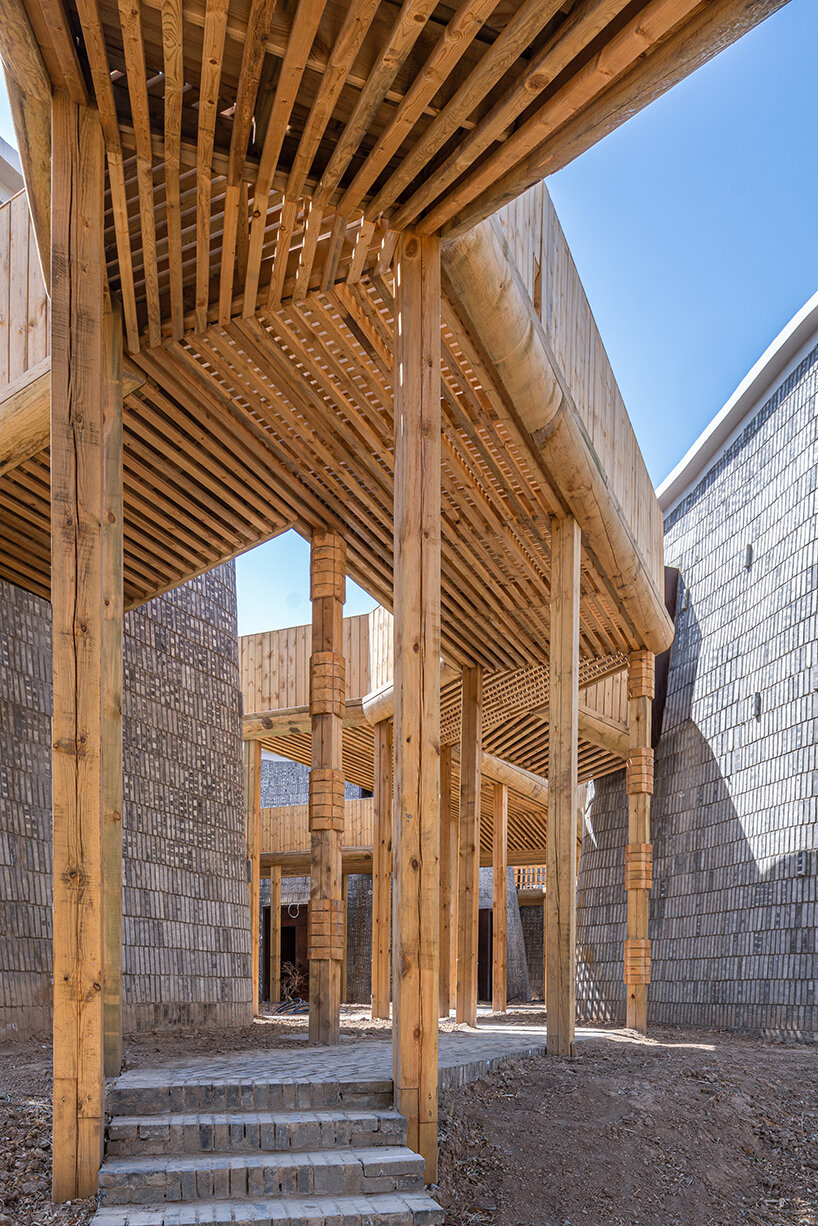 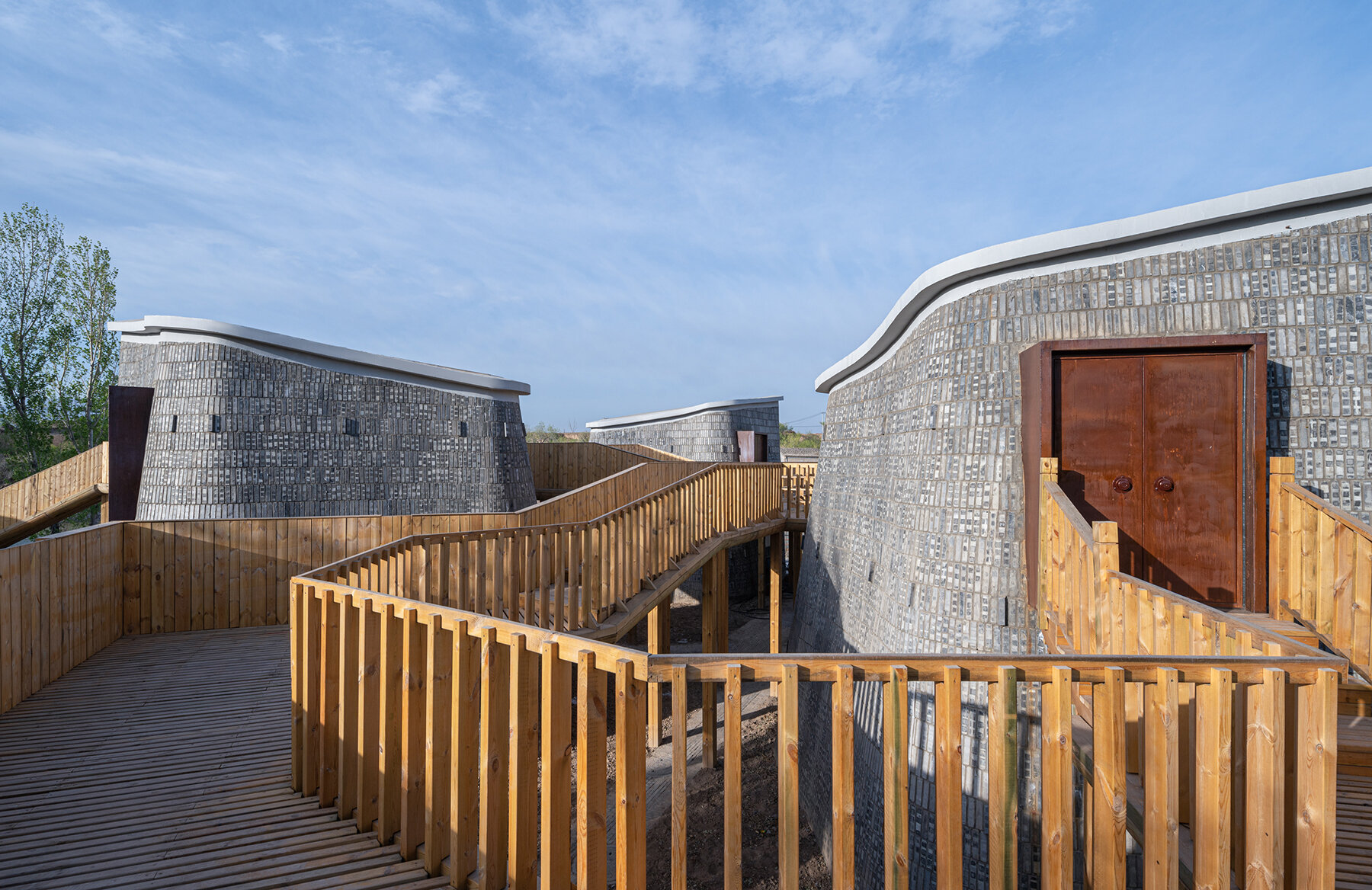 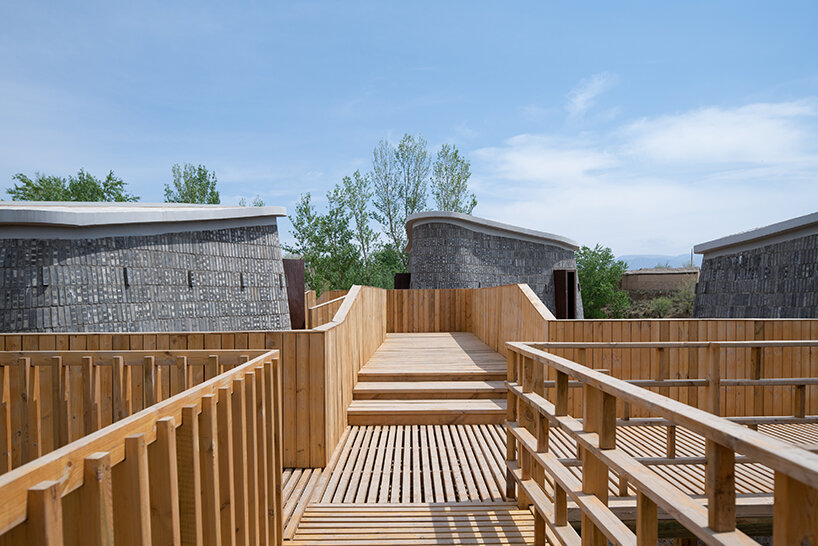 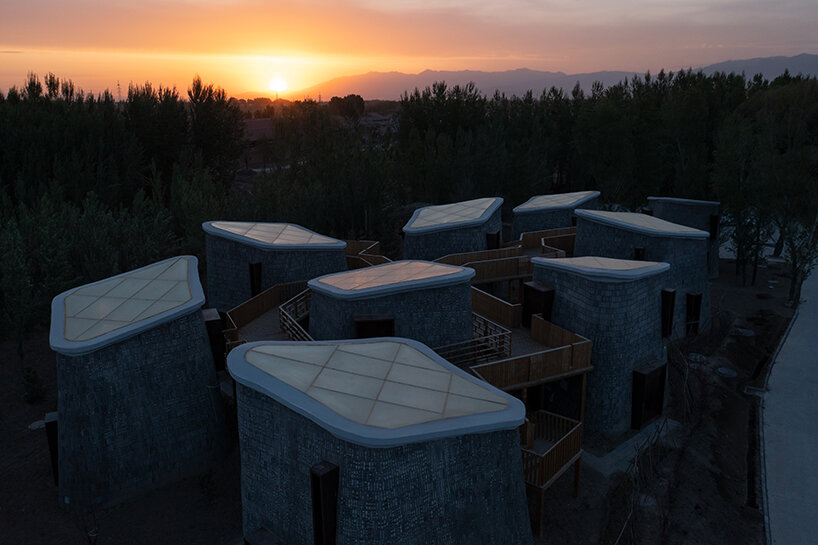 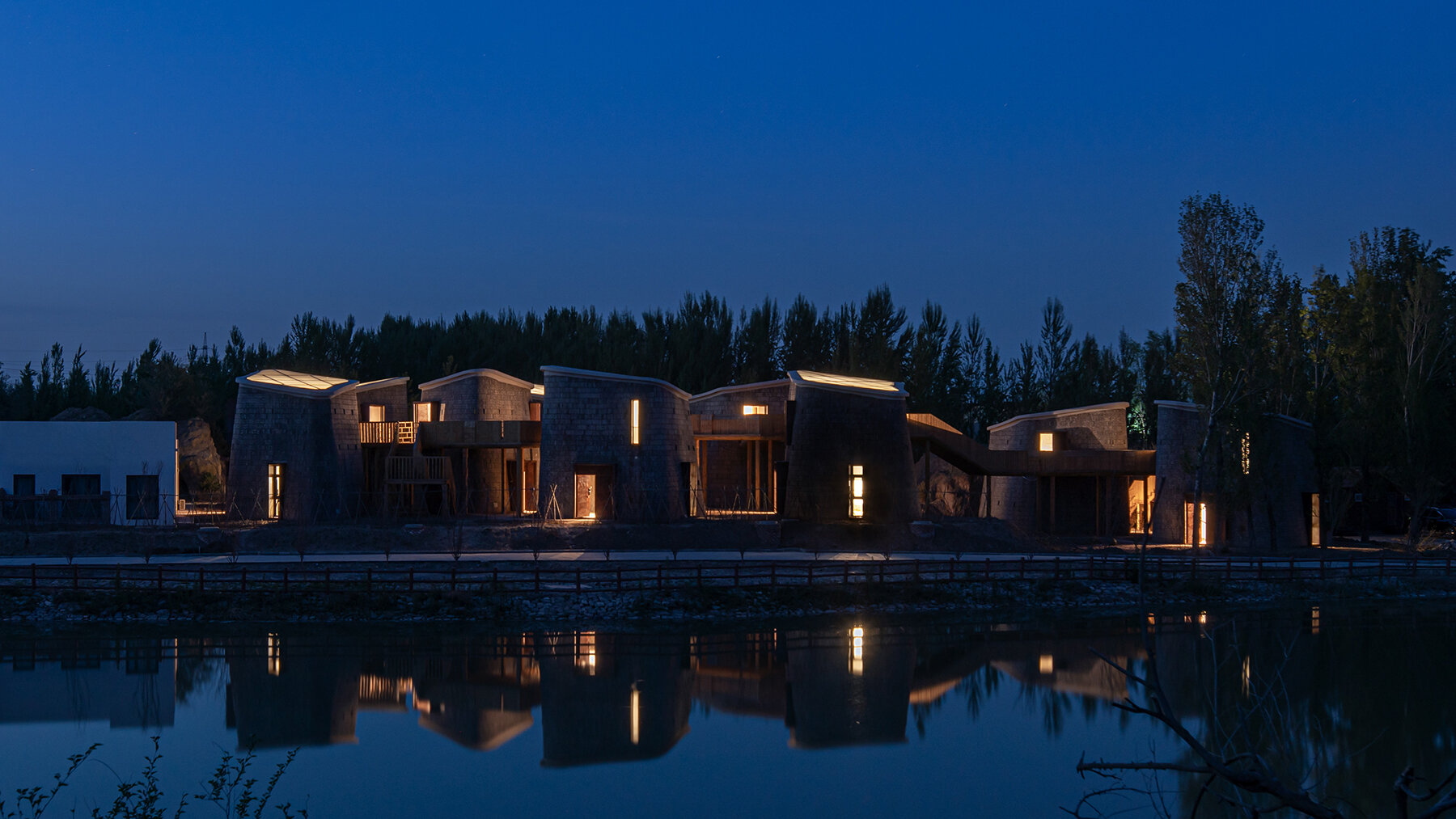