set to open in may 2015, construction on bordeaux’s new 43,000 capacity stadium continues apace in southern france. designed by acclaimed architects herzog & de meuron, the arena will host a range of cultural events in addition to its primary role as the home venue for french football team FC girondins de bordeaux. 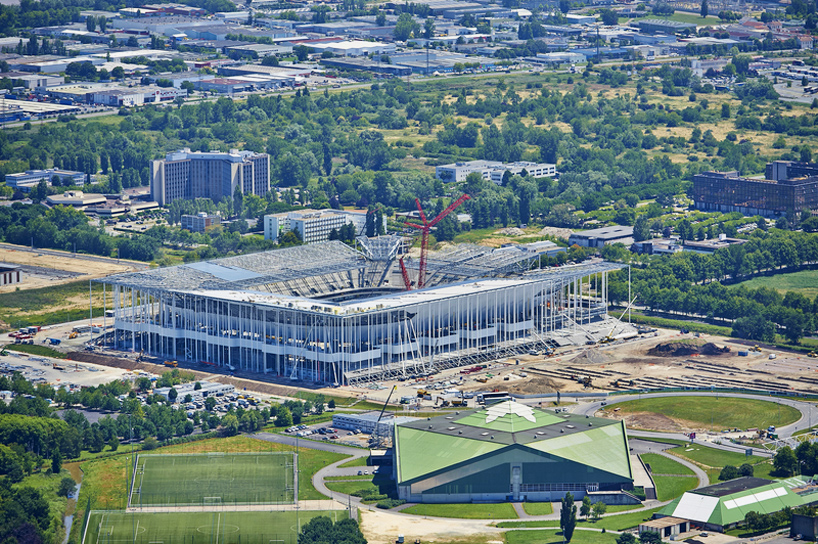 located in the bordeaux lac district, the project is designed to unite three key elements: the bowl containing the game and its spectators, the concourse as a transition between the playing field and the external surroundings and the project’s overall appearance. 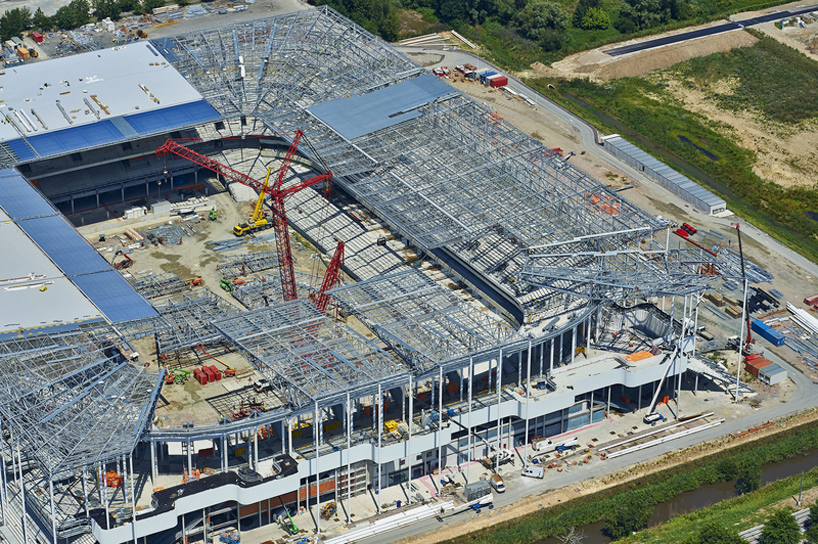 inside, seating accommodation consists of two superposed tiers, divided into four further sections and protected from the elements by an elegant roof canopy, which has a singular rectangular shape. a series of slender columns surround the structure, lending the scheme a dense, yet light quality. 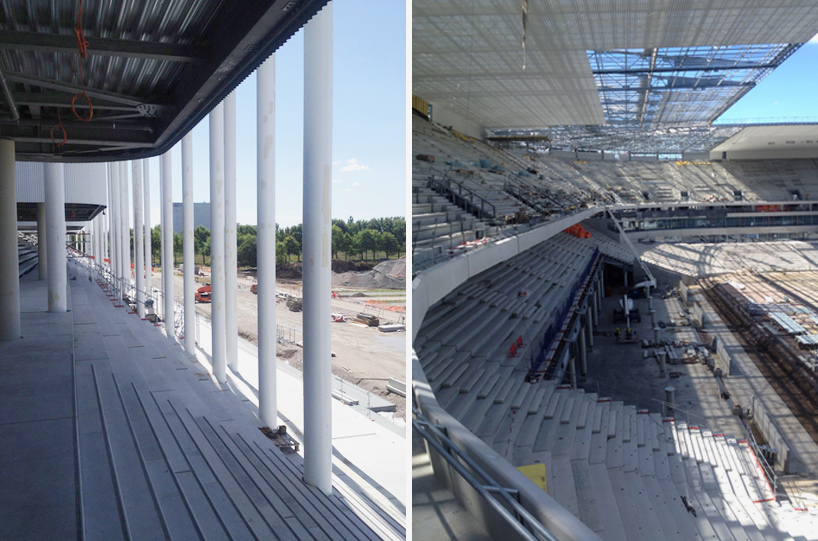 the project is designed to unite three key elements: the bowl, the concourse and the project’s overall appearance 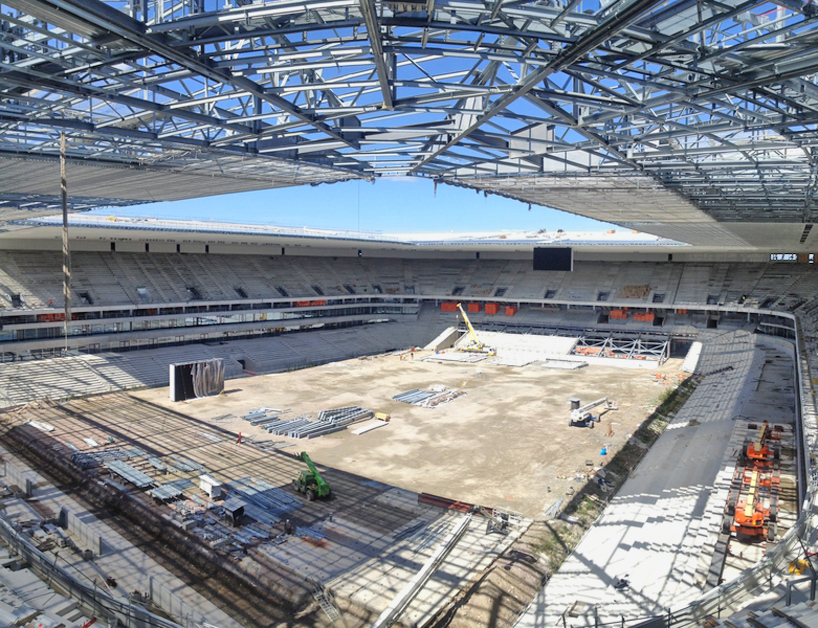 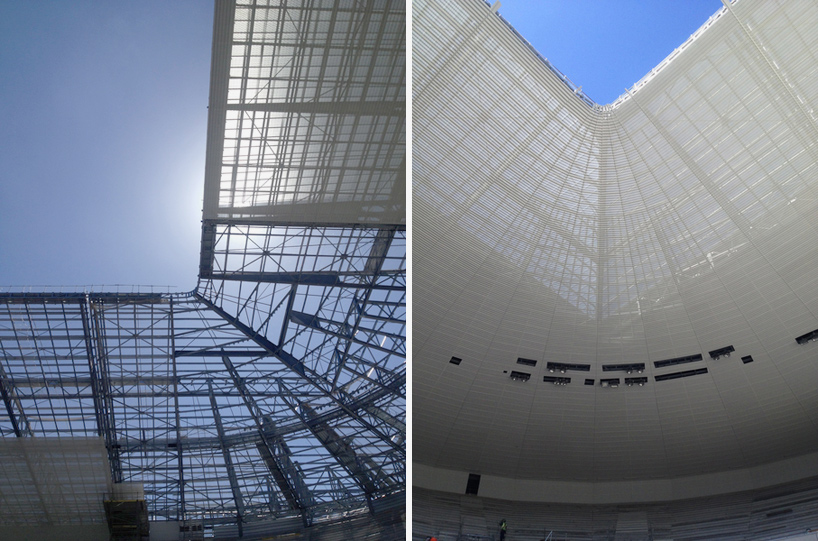 an elegant roof canopy protects spectators from the elements

a forest of slender columns surround the structure 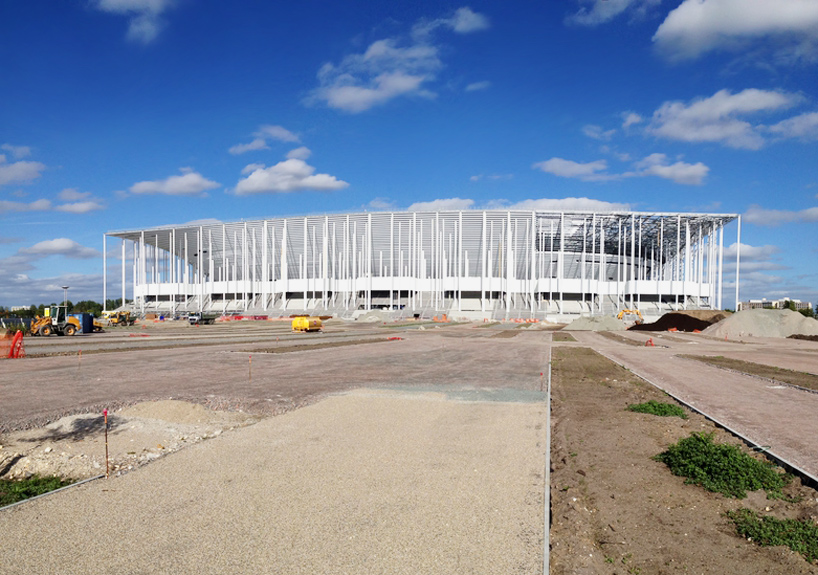 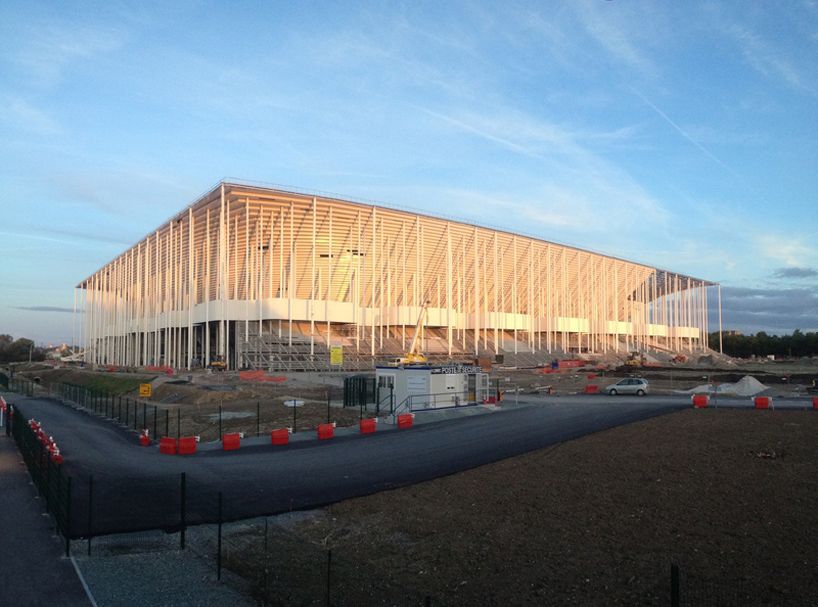 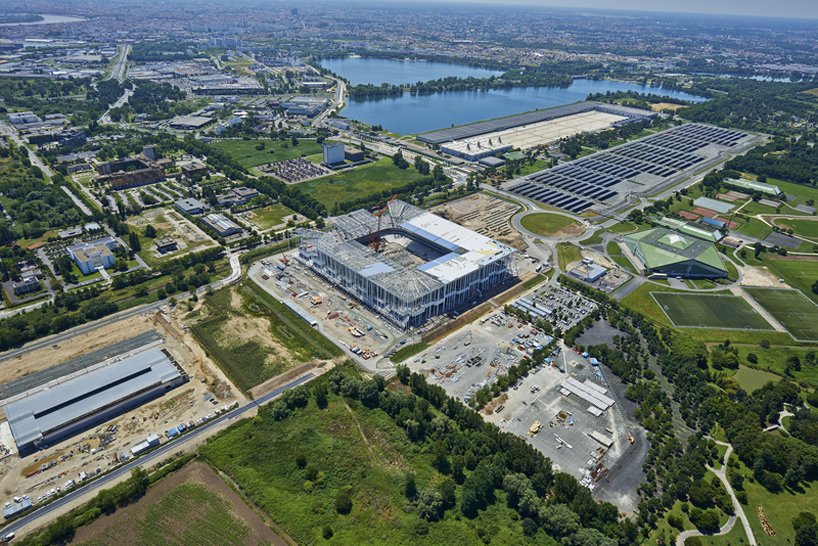 showing the site in a wider context
image © philippe caumes 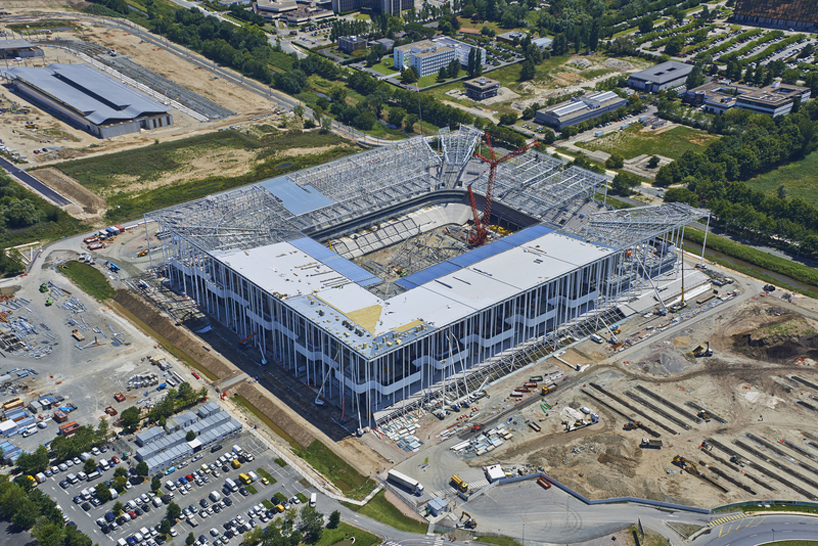 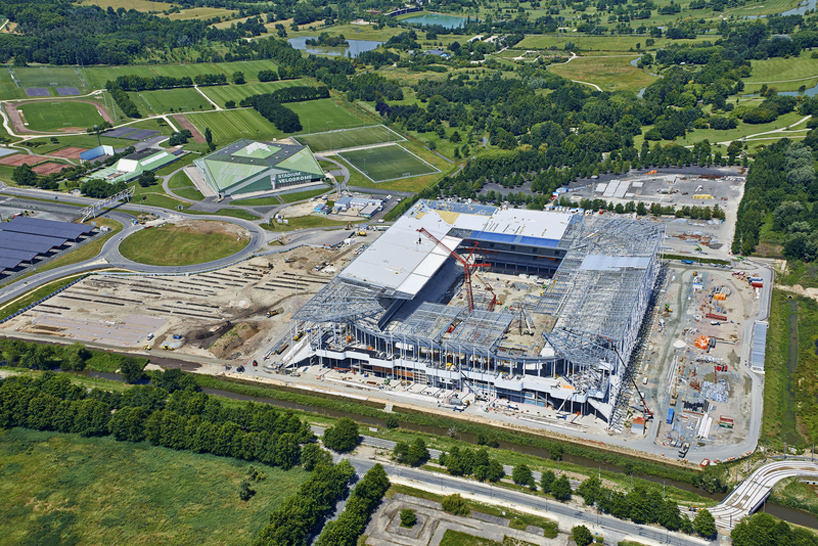 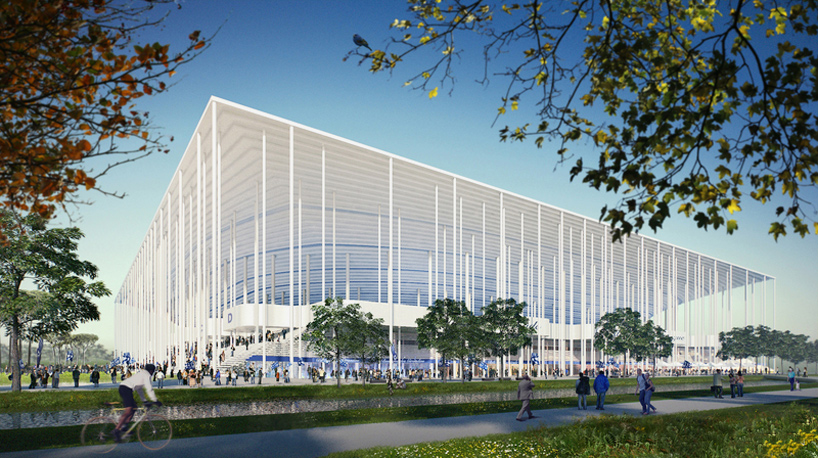 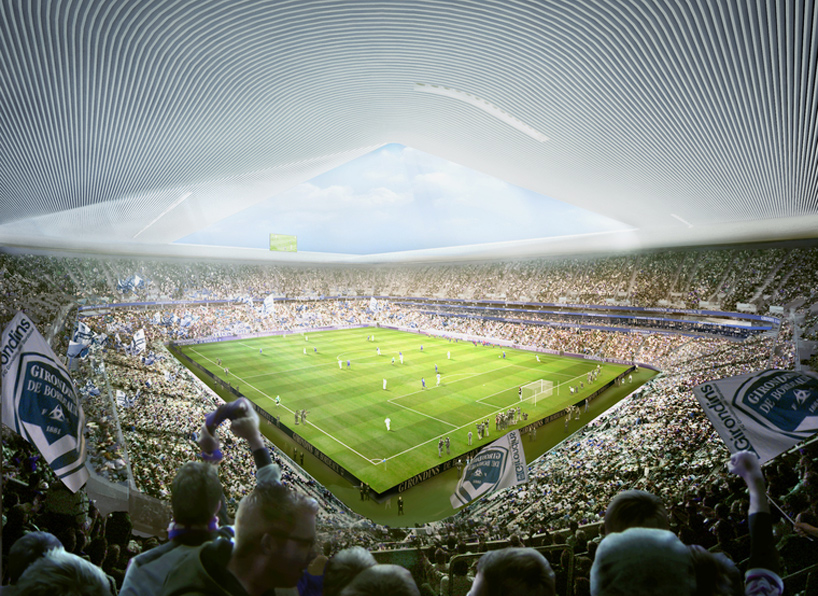