in a prime downtown location, in innsbruck, austria, will emerge the largest city centre department store in tirol, the new kaufaus tyrol. the project aims to create unity within the historical centre by respecting the already existing buildings and context of the maria-theresien-strasse where the department store is to be located. for example, the neighbouring building, ‘schindlerhaus’, which dates back to the 16th century and has been modified over the years, will be restored and provide office space and meeting rooms.

with three façade areas that have a slight incline to one another, the long stretched front of the new building will be structured without losing its artistic and creative appearance. the structural layout of the area, has grown irregularly since the middle ages, and this is will be reflected in the façade line-up of the new store. the main entrance is emphasized by the central part of the building which is positioned facing the old town and pedestrian zone. a five-storey, naturally lit atrium makes the kaufaus tyrol’s various floors feel more open and offer a peak into other parts of the store, enabling orientation while on a shopping trip. 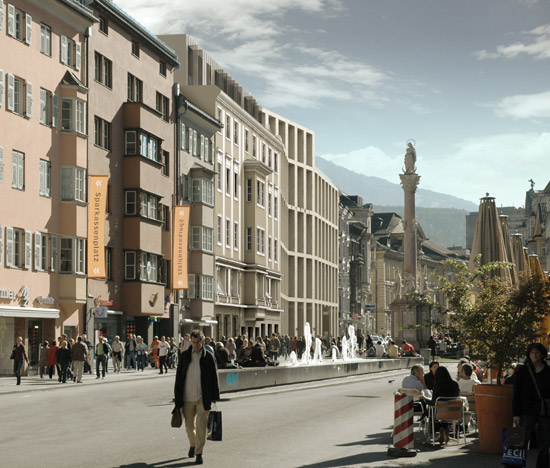 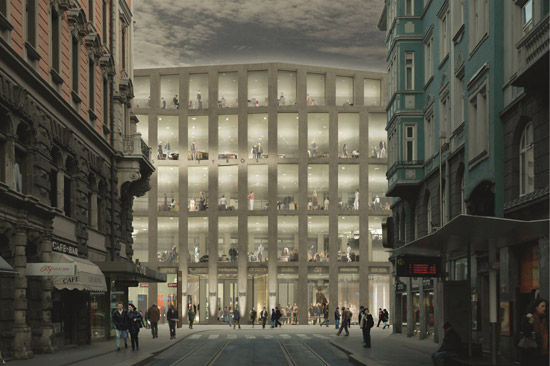 Oct 21, 2021
swedish family envelops home in greenhouse to warm up stockholm weather
thanks to this construction, it is possible to keep a temperature of 20 ° C indoors, without turning on the heat, while the outdoor thermometer displays -15 ° C.
architecture
283 shares
connections: +420
moon hoon presents color-shifting korea pavilion at expo 2020 dubai
the korea pavilion is defined at once by its stepped, pixelated facade which transforms with waves of color.
architecture
261 shares
connections: +1890