located in a repurposed century-old shipbuilding facility in brooklyn, new york, ‘new lab’ is a 84,000 square foot workspace for advancement in new technology — including robotics, AI, and connected devices. the interior project was designed and developed by US firm macro sea, who began working on the deserted space in 2012. led by david belt, the design team sought to emphasize the structure’s cathedral-like steel trusswork, paying homage to the high-tech modernist movement of the 1970s. 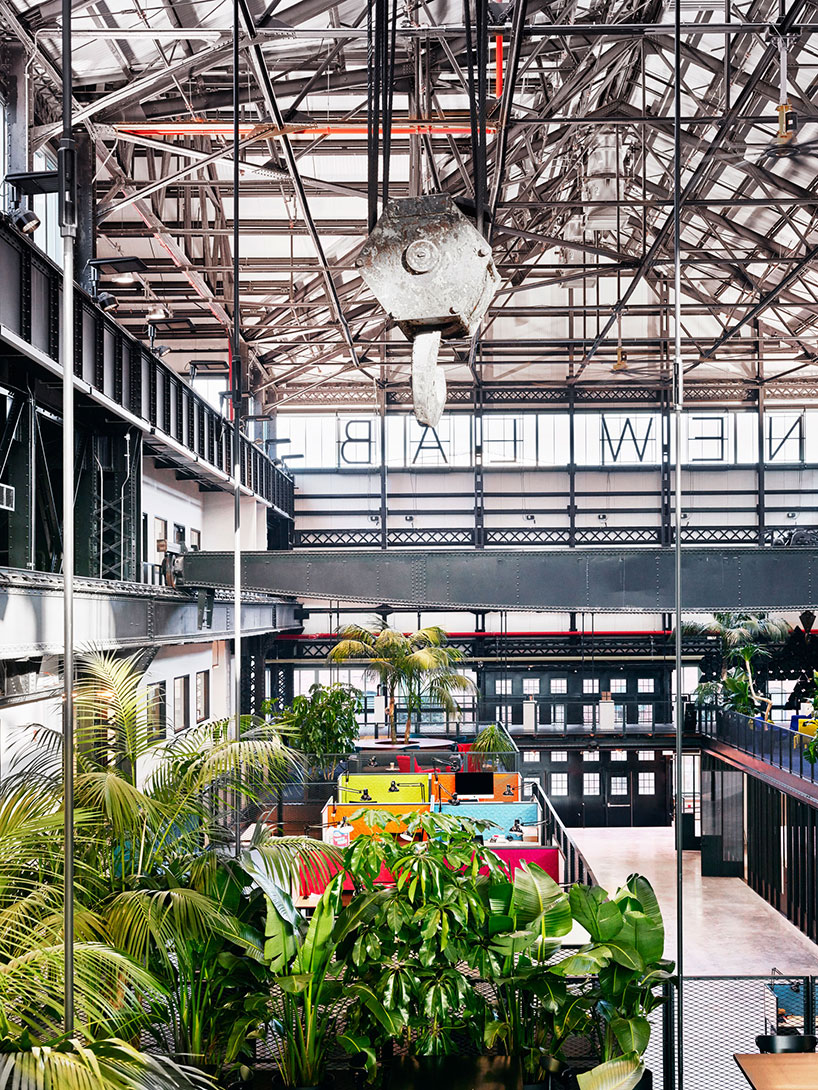 all images by spencer lowell

working with marvel architects, macro sea created a variety of workspaces — offices, private studios, and lofts — alongside shared amenity areas. lounges, communal worktables, advanced prototyping shops, and meeting points are all included as part of the scheme. a system of suspended bridges has been devised, extending from the building’s existing gantry cranes to create a series of social spaces and exhibition galleries. 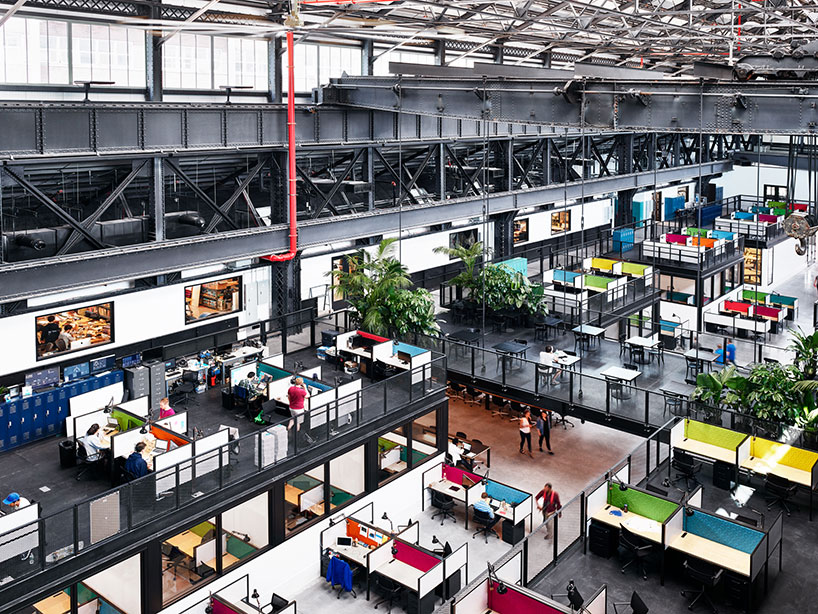 a variety of offices, private studios, and loft-like spaces have been created

‘as developers and designers of the space, we were very attracted to this particular community, which is simultaneously at the top of its intellectual and technological game, while looking into the abyss as entrepreneurs. we wanted to build for them,’ says david belt, the founder of macro sea, and cofounder of new lab. 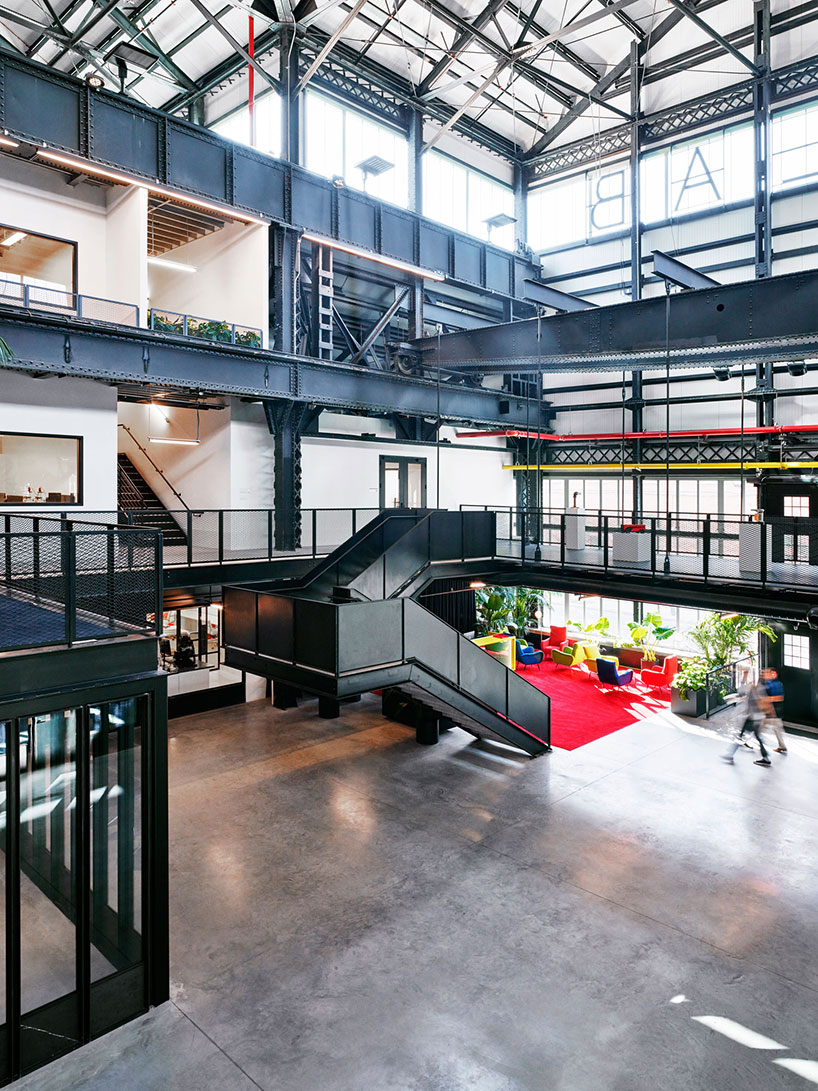 new lab’s architecture was deliberately kept black and white, providing a monochrome backdrop to the range of highly saturated colors deployed through the furnishings and plant installations. open floor plans and traditional cubicles were eschewed in favor of lightweight, demountable workstations with quilted wool and wood panels for sonic and visual privacy. 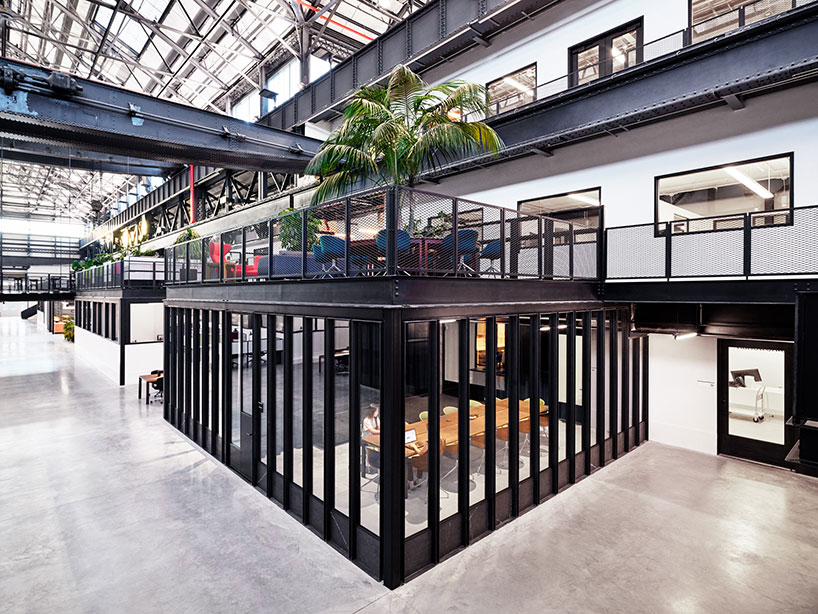 a monochrome backdrop contrasts the bright colors deployed throughout the scheme

secluded spaces for individual or small group work are interspersed with communal areas and interior plazas over two floors — emphasizing a balance between privacy and collaboration. ‘in designing new lab, we rejected industrial fetishism, iphone-ization, and tech 4.0,’ explains nicko elliott, macro sea’s design director. ‘we took an archaeological approach to futurism in creating a dignified space that reflects the ingenuity and integrity of the people working in it.’ 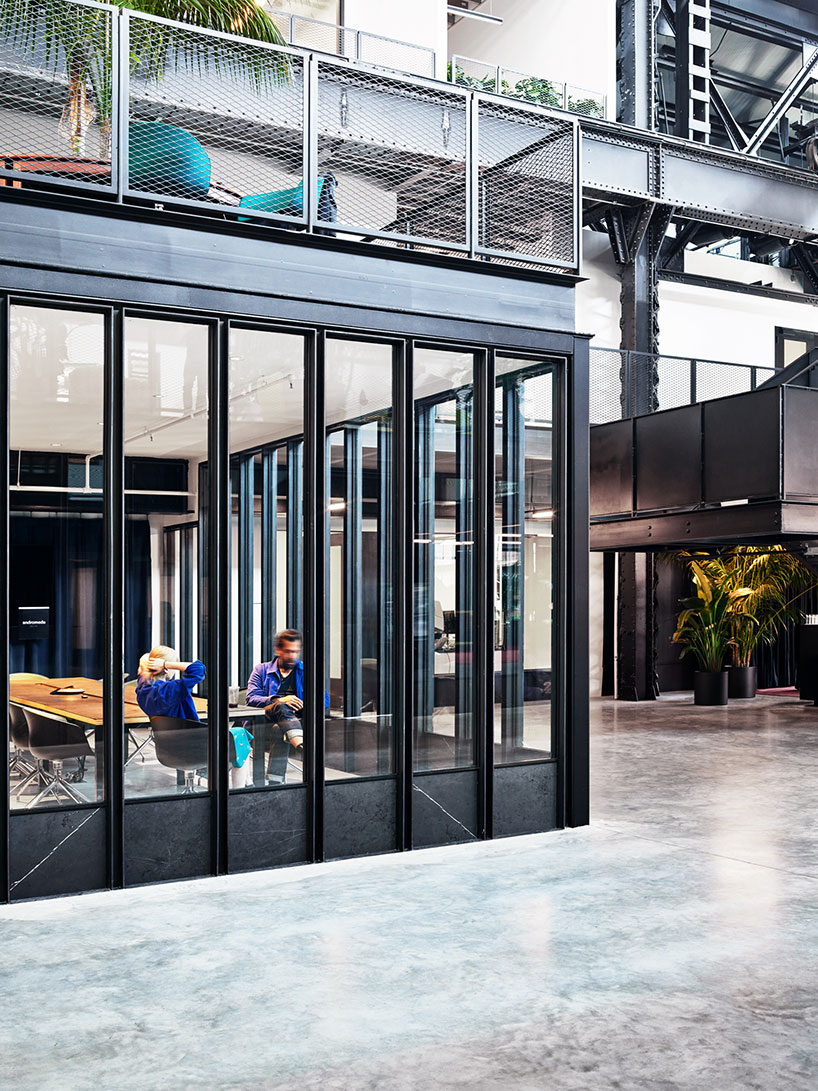 secluded spaces for individual work are interspersed with communal areas 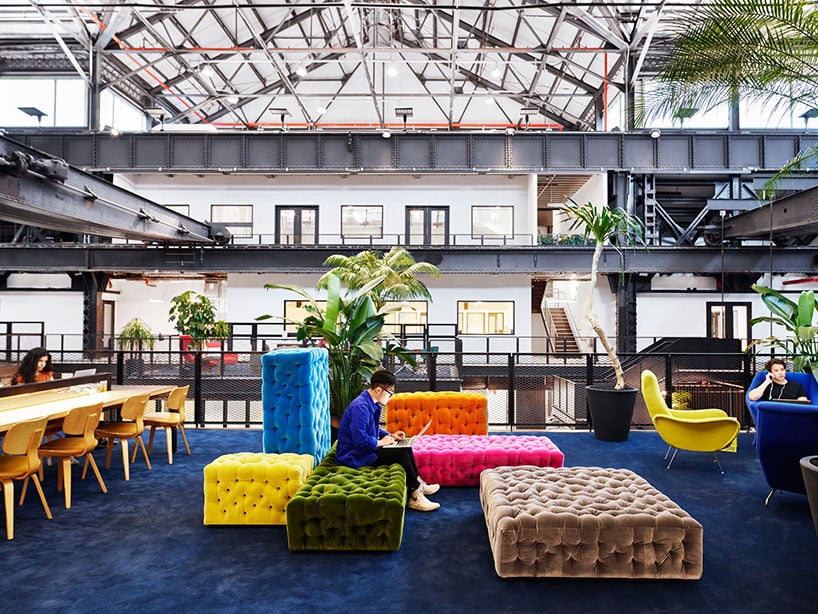 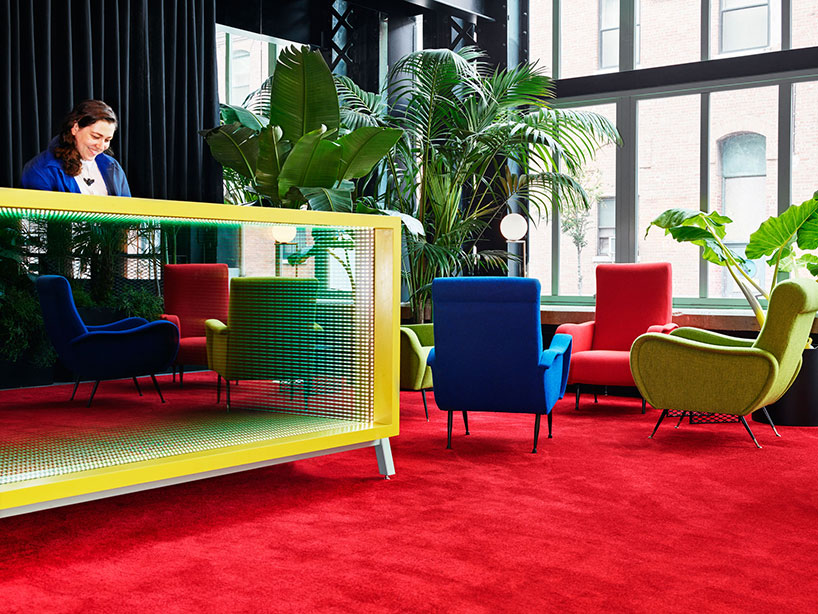 traditional cubicles were eschewed in favor of lightweight, demountable workstations 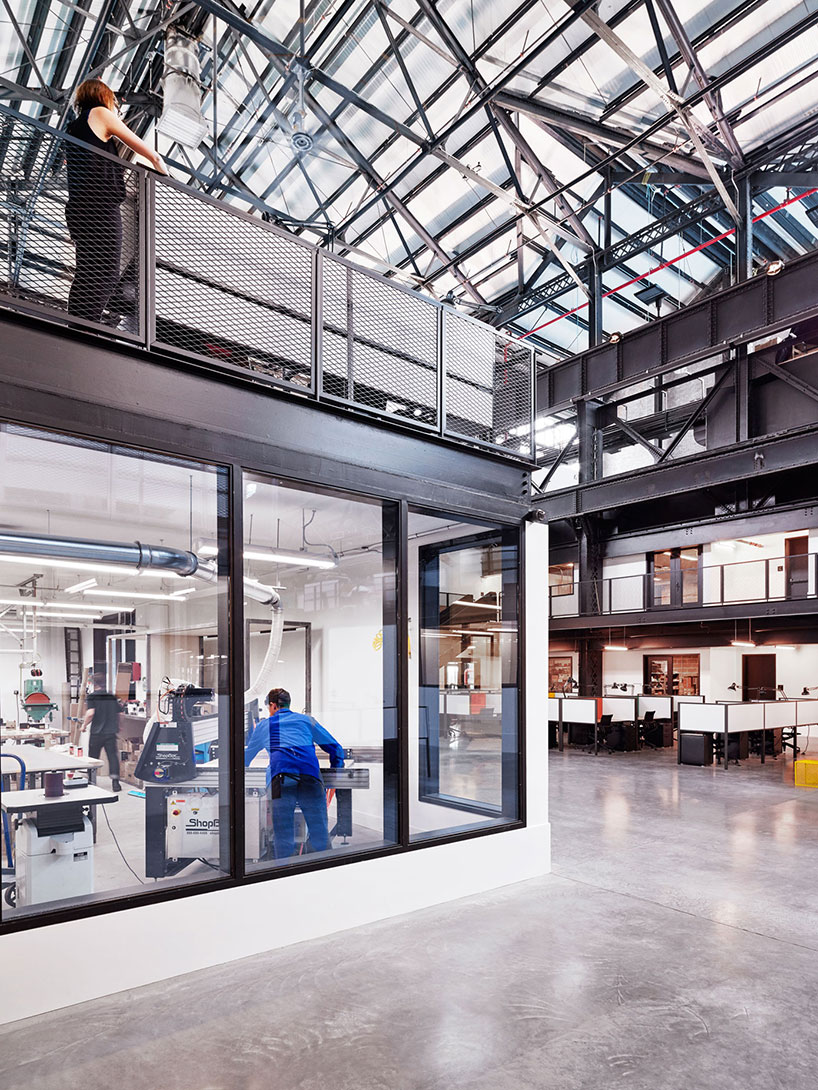 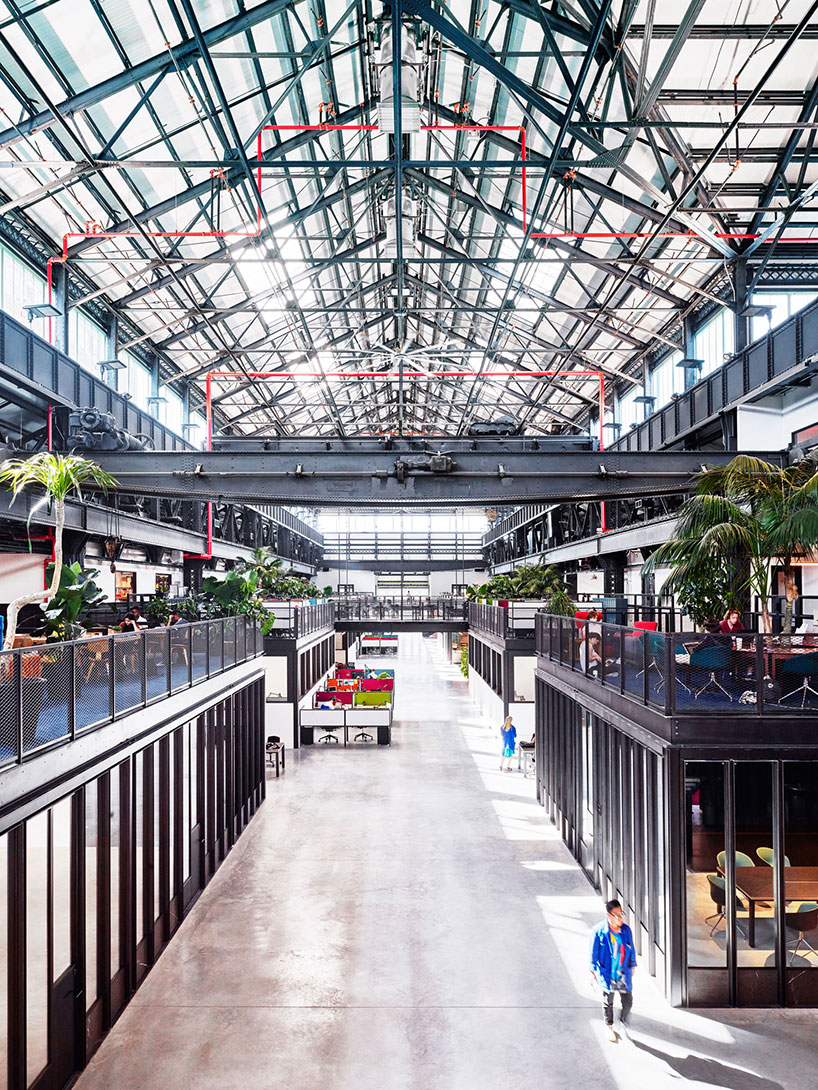 a system of suspended bridges has been devised, extending from the building’s existing gantry cranes 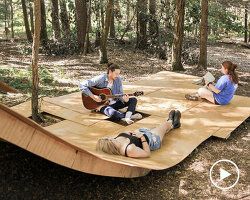 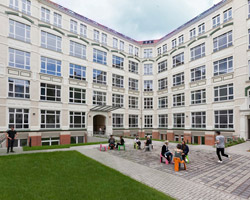 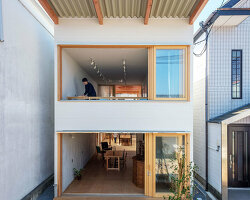