european firm independent architectural diplomacy (IAD) has designed the ‘new york breathing machine‘, a net-positive energy ‘superskyscraper’ in uptown manhattan. the sustainably designed building links indoor and outdoor spaces within an gridded armature: separated in one side of the structure, three core modules house private offices and a hotel; these are interwoven by spiral pathways of public vertical gardens that serve as a ‘lung’ for the mixed use building. at street level, an urban mall and conference center open the corner of west 125th street and broadway to expanded commercial and public use, without losing the facade typology typical to broadway of clear connections between sidewalk and building. 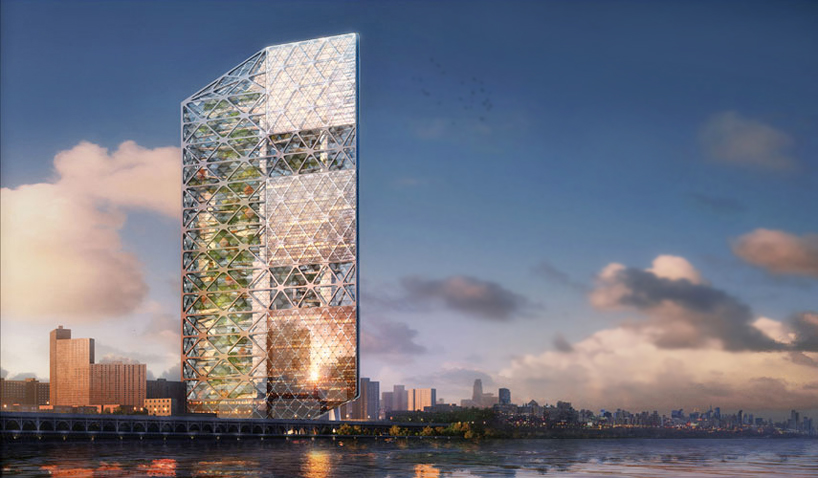 the ‘new york breathing machine‘ takes its name seriously: the structure achieves carbon neutrality through the use of solar panels and microturbines in an architectural plan that takes advantage of natural conduction flows. a ventilated ETFE skin within the structural framework of the facade takes active advantage of favourable meteorological conditions, permitting the management of interior and exterior air currents to modulate temperature and the flow of cool air in the semi-open spaces between programmatic blocks. the foliage of the vertical garden includes perennial trees and conifers to protect against winds and avoid a wind-tunnel effect within the structural voids created by the gaps among the three modules.

the conceptual vision behind the ‘new york breathing machine’ superskyscraper is to anchor a ‘green corridor’ in new york city, wherein the open spaces of central park, the manhattan waterfront, and parks of morningside heights are channeled into a single vertical garden. 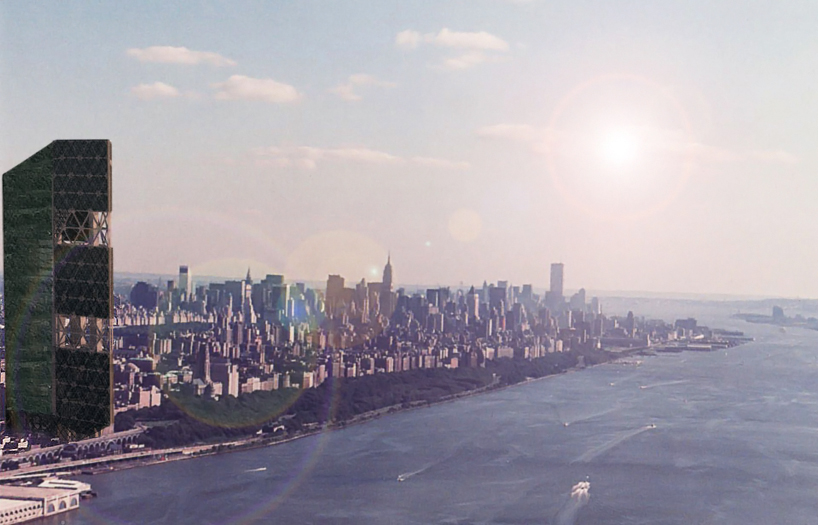 the ‘NYBM’ superskyscraper dominates the skyline, serving as an axis in a ‘green corridor’ through the city
image © independent architectural diplomacy 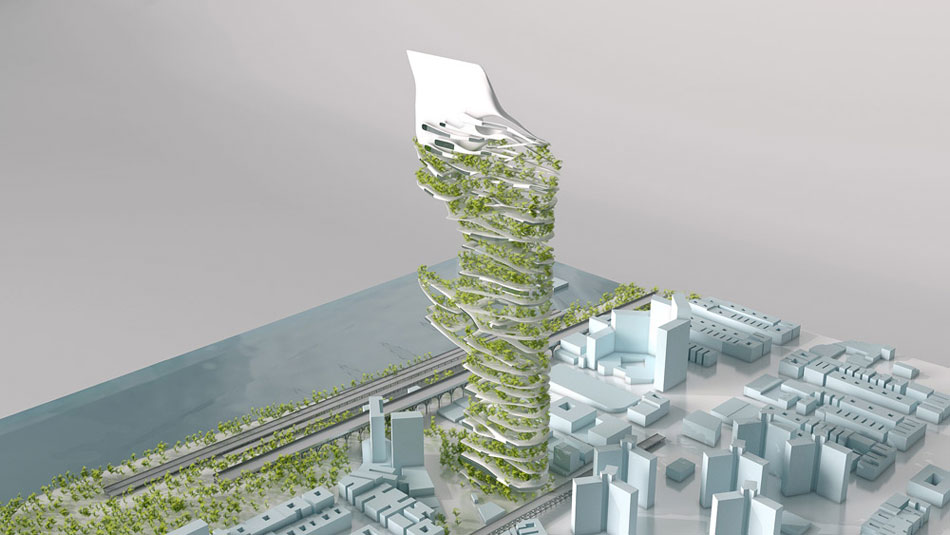 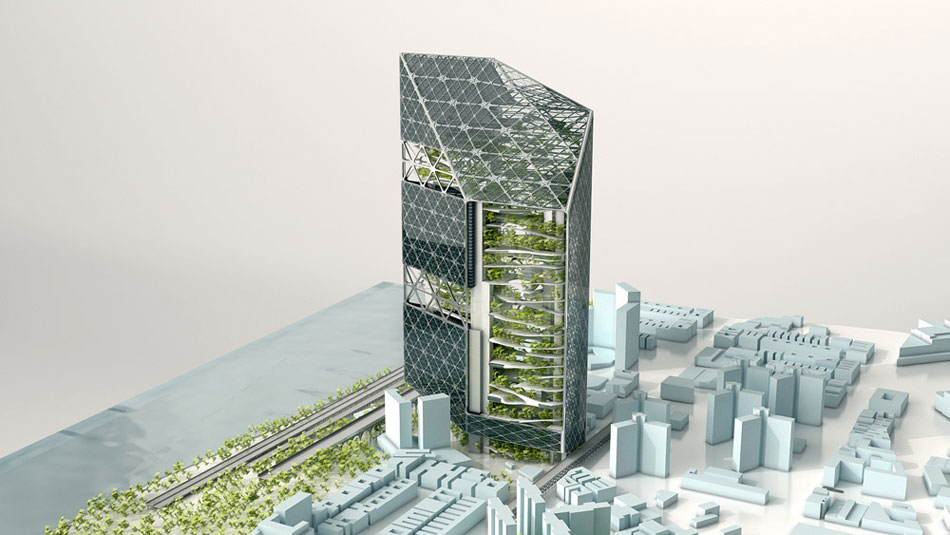 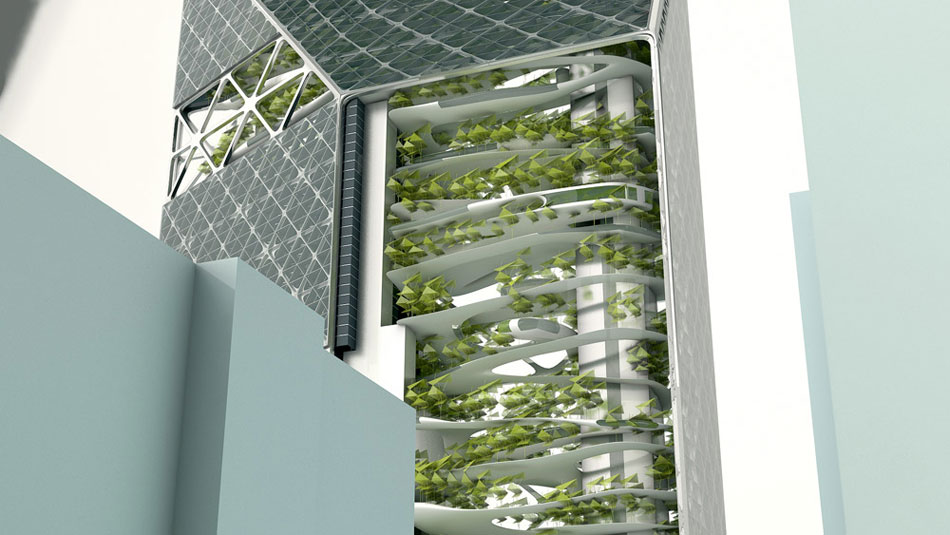 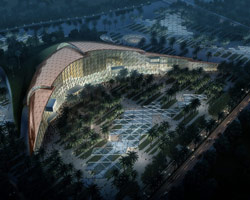 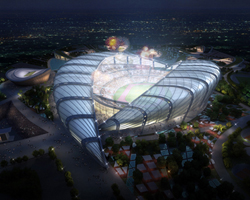