new york’s JFK airport is set to receive a vast overhaul, designed to transform the hub into ‘a unified, interconnected, world-class’ complex. announced by governor cuomo, the project also seeks to improve road access and expand rail mass transit to meet projected passenger growth. the scheme will be funded by up to $7 billion USD of private investment, with the governor endorsing a further $1.5-$2 billion in spending by the state department of transportation to improve surrounding roadways. 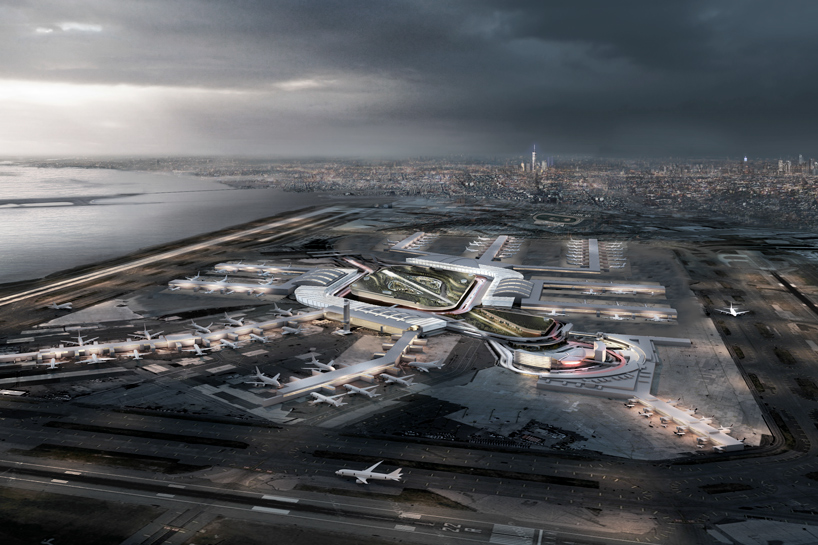 the transformation plans include better connecting the site through the expansion of newer terminals and the redevelopment and relocation of older terminals. on-airport roadways will be redesigned into a ring road configuration — allowing for better vehicular access — while parking lots will be centralized and expanded with clear short-term and long-term parking options. 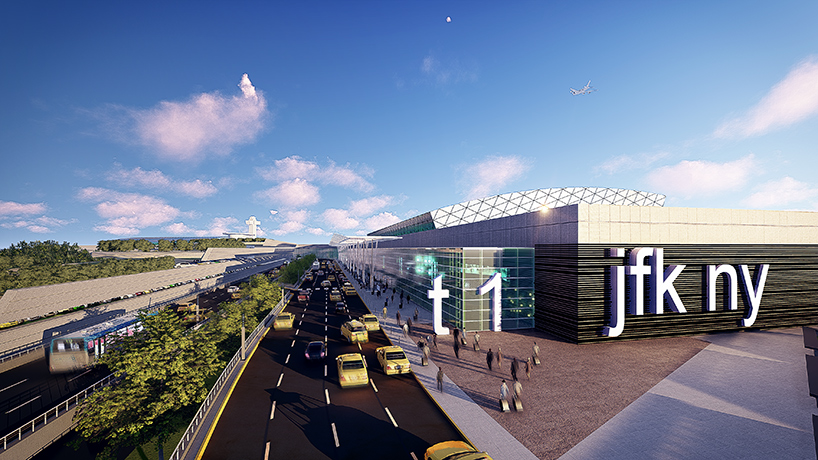 an emphasis is also to be placed on amenities within the airport, with fine dining options, duty-free shopping and retail, and conference and meeting room facilities. taxiways are set to be expanded in order to reduce ground delays, while new flight slots will be added to accommodate ever increasing amounts of passengers. technology, such as facial recognition and video tracking software, will also be incorporated as part of the development for security reasons. 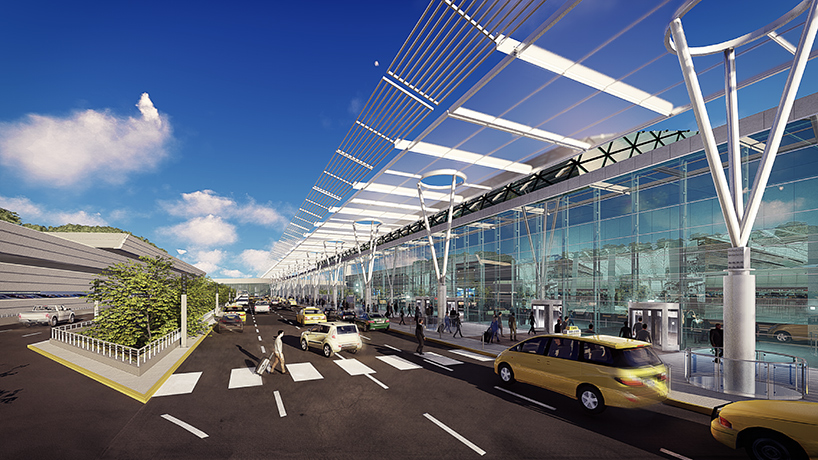 the scheme could cost up to $10 billion USD

serving a record 60 million flyers in 2016, JFK welcomes more international passengers to the US than any other airport in the country. it is expected that this number is expected to grow over the next decades, to 75 million by 2030, and 100 million passengers by 2050. at this rate, the current airport will reach its capacity by the mid-2020s. no time-frame has yet been given for the scheme, which could cost up to $10 billion USD. 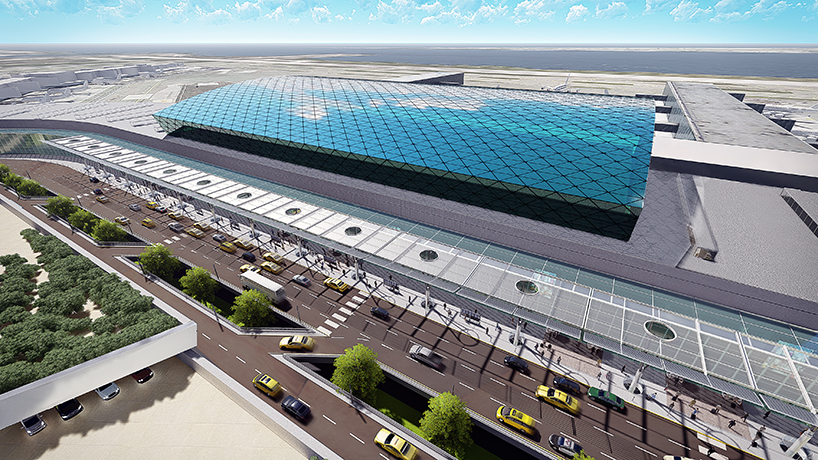 no specific time-frame has been given for the development

‘our vision plan calls for the creation of a unified, interconnected airport that changes the passenger experience and makes the airport much easier to access and navigate,’ said governor cuomo. ‘we are new york, and we remember the bravado that built this state in the first place, and that is the attitude that will take JFK and turn it into the 21st century airport that we deserve.’

the announcement follows news that work had started on transforming eero saarinen’s famous terminal building at JFK into a hotel.