five proposals to overhaul new york’s port authority bus terminal have been revealed as part of an international architecture competition. the contest seeks to bring to light ideas and design concepts for a new midtown public transportation hub that can be executed within a complex urban environment. the chosen scheme will be subject to a transportation alternatives analysis with opportunities for public involvement. read on to see each of the concepts, including a design from pelli clarke pelli architects.

in its design proposal for a new midtown bus terminal, archilier architecture and its team have sought to create a new civic landmark that ‘urbanistically knits together historic hell’s kitchen and the emerging hudson yards district’. the proposed public facility forms part of long-term masterplan intended to radically improve an unsightly and undesirable destination. 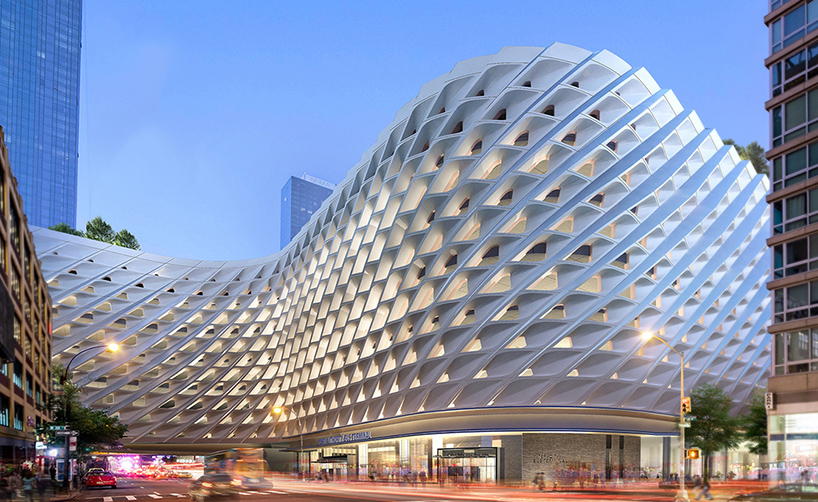 the hudson terminal center (HTC) collaborative is a joint venture between STV and AECOM, in association with SOM and mcmillen jacobs associates. ‘our innovative concept places a new terminal directly below the PABT site — as an underground facility — with seamless, naturally lit connections to adjacent city streets and subways,’ explains the team. ‘this innovative scheme will provide the potential for private equity development on the PABT site, as well as on nearby PANYNJ parcels that are currently occupied by the terminal’s existing bus and private auto ramp infrastructure.’ 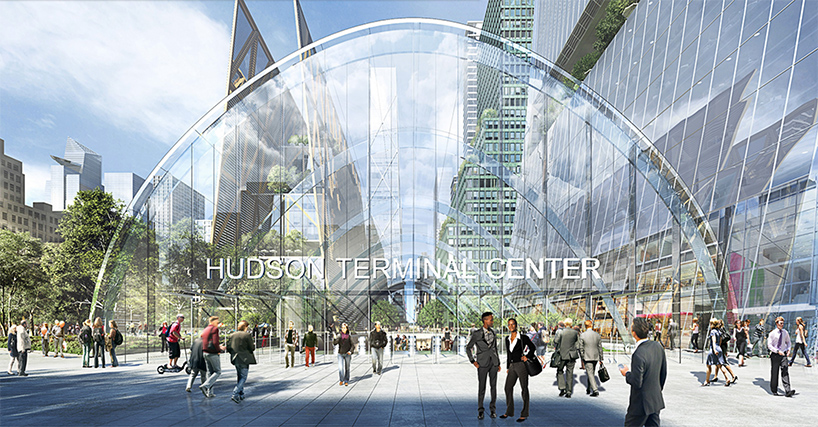 as its proposal, pelli clarke pelli architects has conceived ‘times square west’, a new district at the southern edge of clinton that connects the emerging neighborhood of hudson yards with the iconic tourist destination of times square. ‘designed around a new transit center west of 9th avenue, times square west marks the next phase in the area’s evolution from a maritime community to a vibrant residential, cultural and commercial one,’ says the design team. ‘by relocating and downsizing the bus terminal and repairing the urban fabric severed by its ramps and tunnel approaches, times square west reintroduces mobility and human scale to this midtown neighborhood after a half century without them.’ 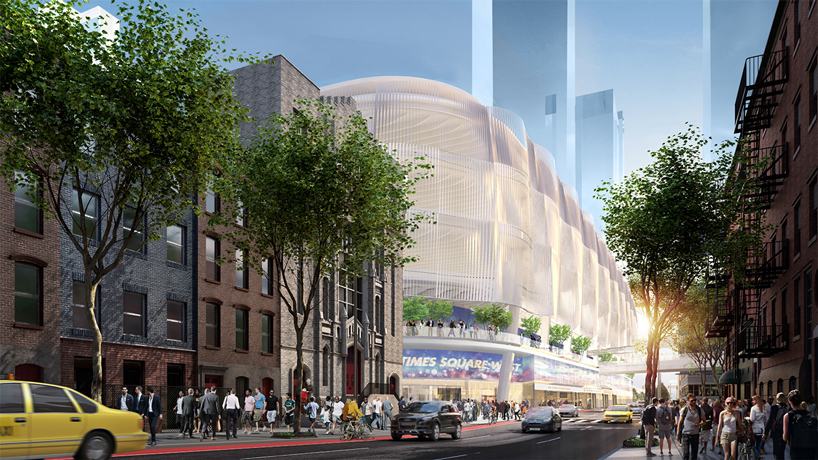 key features of perkins eastman’s plan include the transformation of the javits convention center, removing buses entirely from the local street network, and integrate the terminal with the new hudson yards subway station. ‘our design for the new PABT brings together seemingly disparate elements through a bold proposal focused on coordination, concurrence and connectivity,’ says the team. ‘situated on the lower level of the existing jacob k. javits convention center, this location is uniquely suited to the ridership needs and requirements of the world’s busiest bus terminal while at the same time provides a forward-thinking plan for the future needs of the javits center.’ 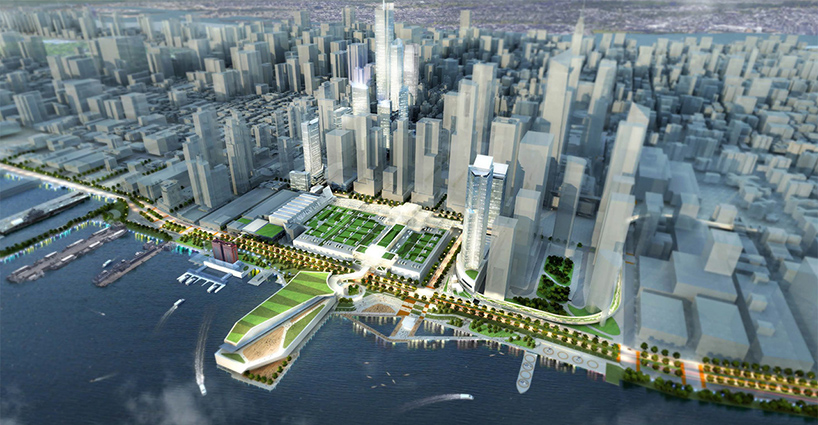 the port authority of new york and new jersey is inviting reviews and comments on the five concepts via its website.